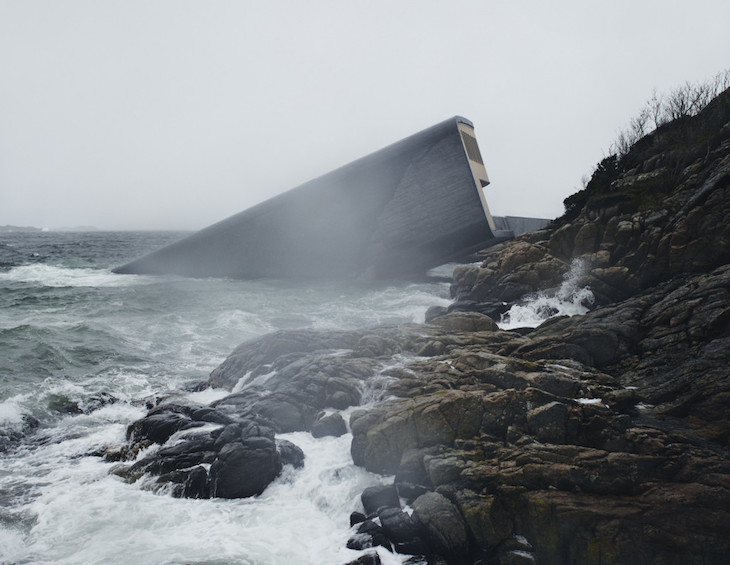 Say farewell to conventional restaurants, and say hello to a delicious and enticing world of pure imagination to the latest design-led restaurants to open. Editor Hamish Kilburn writes…

Ahead of next month, when Hotel Designs will take centre stage at Hospitality Restaurant Catering show, I have good reason to believe that some of the latest restaurants that have opened recently (in and out of the hotel industry) have changed the landscape of hospitality.

And while, some may argue that we should be cautious to focus the lens on purely the F&B scene in fear of losing purpose on other areas within the hotel, it is also an undeniable truth that the new era of international hotels are using their restaurants and bars to drive in a local crowd in order to make the public areas a vibrant hub of activity.

Therefore, here are just some of the latest restaurants and bars to open, which have been designed holistically to improve the overall guest experience.

Located at the southernmost point of the Norwegian coastline, where the sea storms from the north and south meet, Europe’s first underwater restaurant is situated at a unique confluence. Marine species flourish here in the both briny and brackish waters to produce a natural abundance in biodiversity at the site. The Snøhetta-designed restaurant, which has just received a Michelin-star status, also functions as a research centre for marine life, providing a tribute to the wild fauna of the sea and to the rocky coastline of Norway’s southern tip.

The structure is designed to fully integrate into its marine environment over time, as the roughness of the concrete shell will function as an artificial reef, welcoming limpets and kelp to inhabit it. With the thick concrete walls lying against the craggy shoreline, the structure is built to withstand pressure and shock from the rugged sea conditions. Like a sunken periscope, the restaurant’s massive window offers a view of the seabed as it changes throughout the seasons and varying weather conditions.

“Under is a natural progression of our experimentation with boundaries, says Snøhetta Founder and Architect, Kjetil Trædal Thorsen. “As a new landmark for Southern Norway, Under proposes unexpected combinations of pronouns and prepositions, and challenges what determines a person’s physical placement in their environment. In this building, you may find yourself under water, over the seabed, between land and sea. This will offer you new perspectives and ways of seeing the world, both beyond and beneath the waterline”. 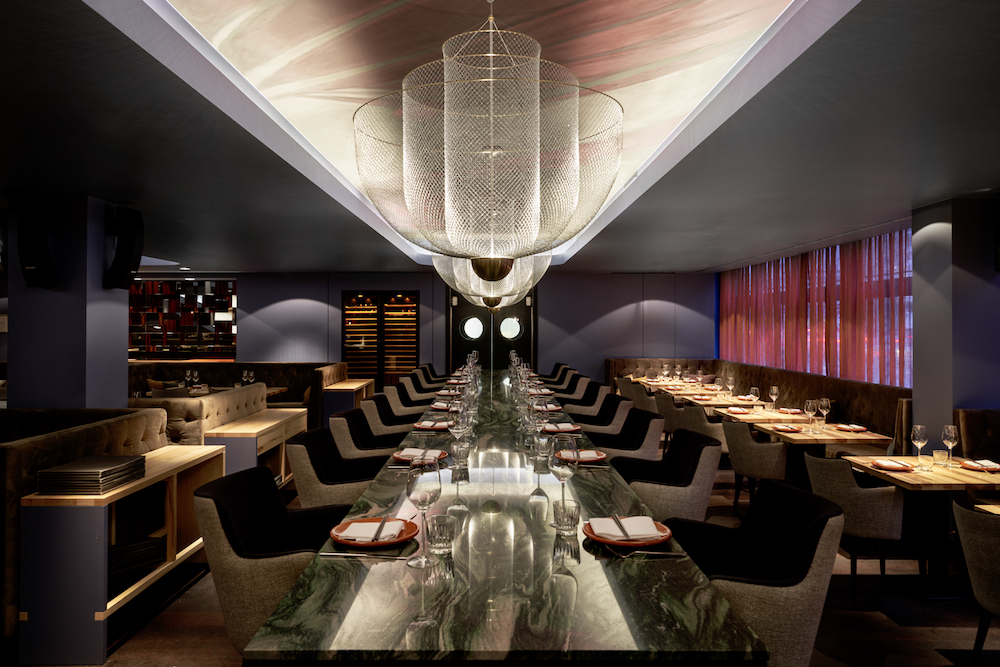 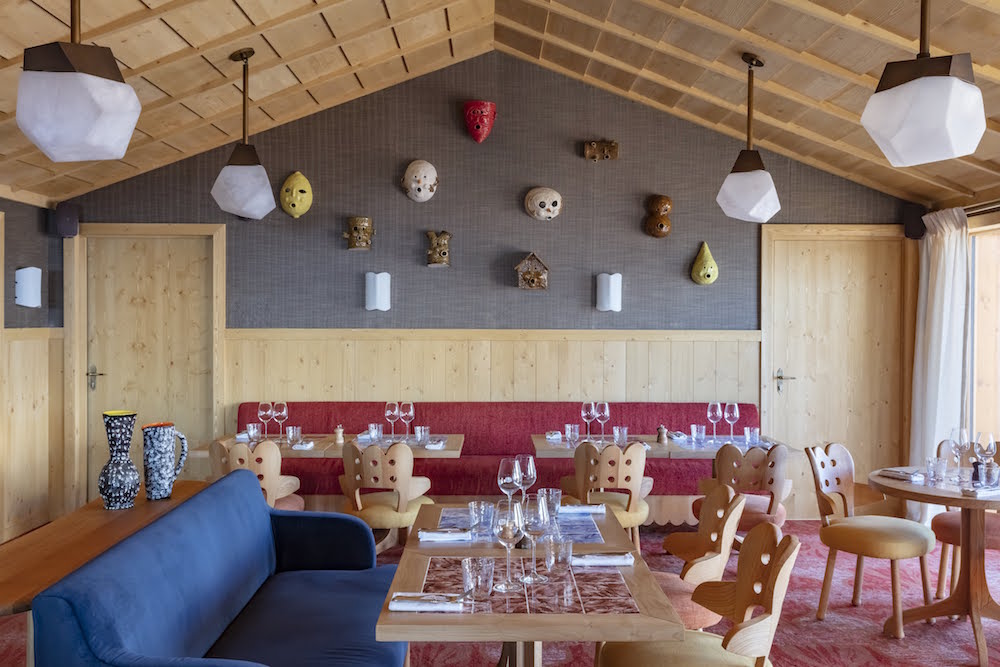 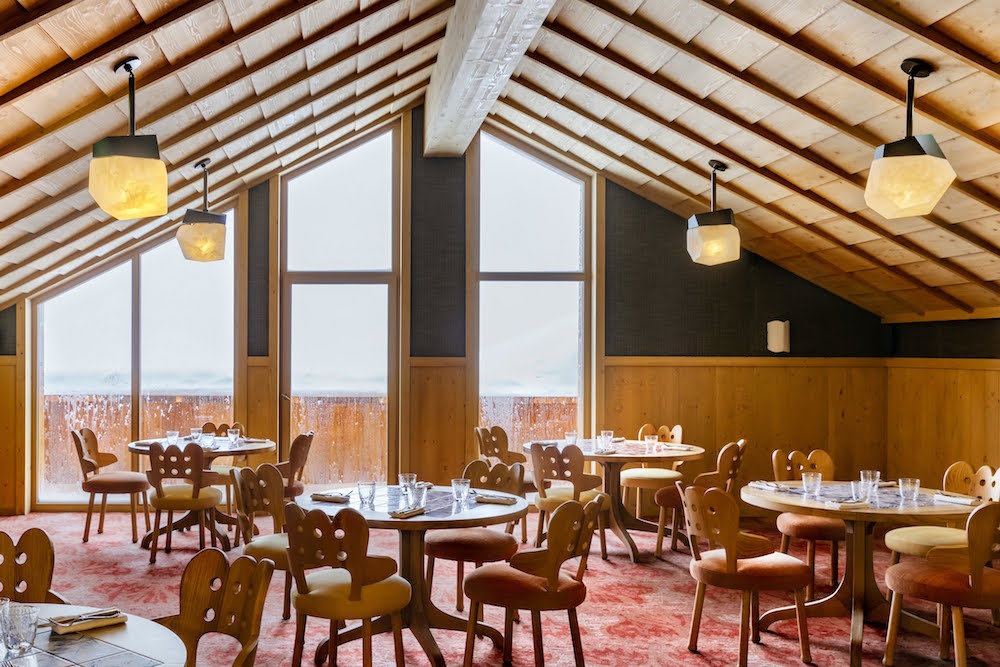 Reviewed recently in Hotel Designs’ wider feature of Le Coucou Hotel, Beefbar restaurant is, like the rest of the property, sheltered within a unique design scheme. Pierre Yovanovitch, Wallpaper*’s Designer of the Year 2019, pulled out all the stops for this area, using it’s naturally striking vista as strong inspiration. The area is full of thoughtful nods to the hotel’s name, location and character of its owners. A wall of cuckoo clocks above the tables, for example, reflects the traditional decor of the region, and emoji-themed plates create humour in all the right places. 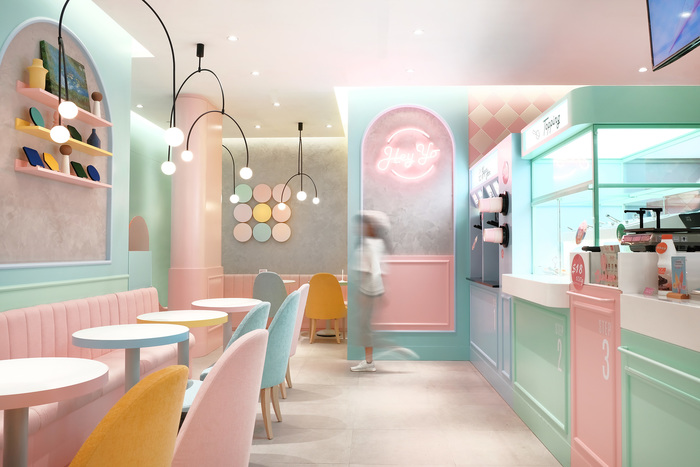 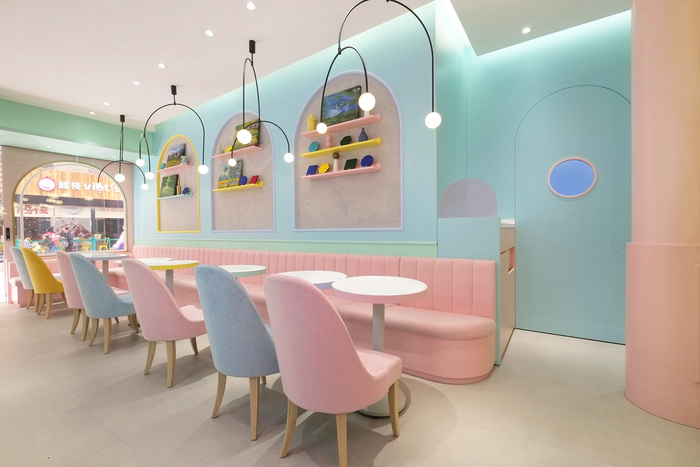 Think fresh, vibrant (and wear sunglasses) when stepping inside Hey Yo, which was a winner at the Bar and Restaurant Awards 2019. Inspired by the all the pastel colours of macaroons, the design team at Design Action & Associates took and adopted these colours in different areas of the shop, just like a pastry chef forming different shapes with flour and dough. The designer formed different shapes of design and furniture. Each arch window is painted with grey texture paint. The arch window on the front of the door, includes a bright neon sign which permeates the atmosphere. Beside the continuous arch windows, different colours of display shelves and display items are composed like a dream-like oil painting. Round countertops resemble Macaroons is in their unique hues, and chairs resemble coloured dough in contrast to shaped countertops.’ 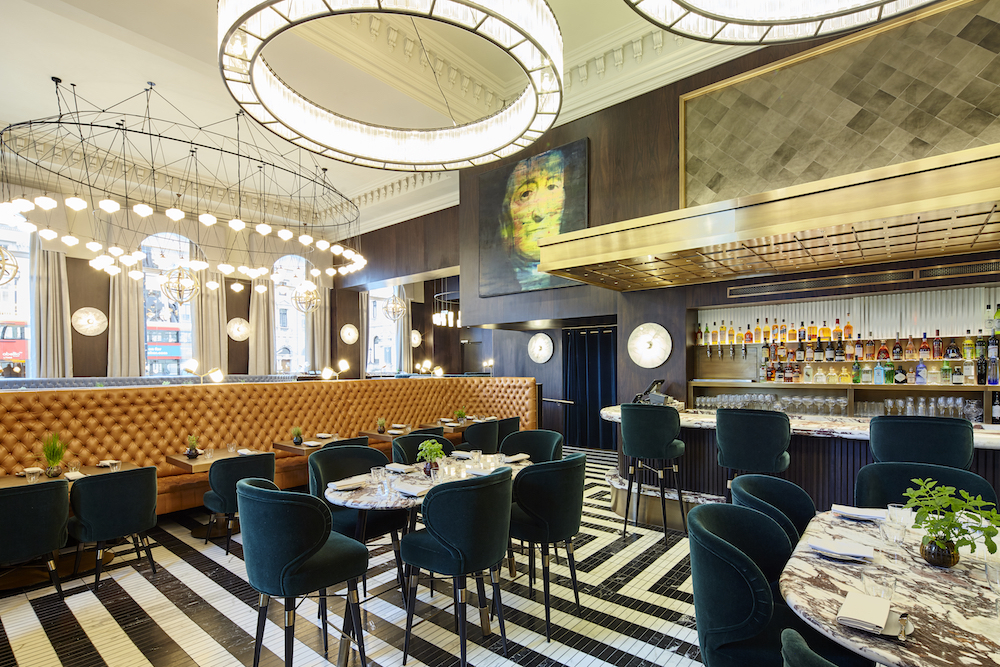 Situated metres from The Mall in London, Sofitel London St James’ Wild Honey is a collaboration with renowned chef Anthony Demetre and a reimagination of his iconic restaurant concept. Located on the former site of the beloved bistro The Balcon, the dining room decor has been redesigned and refurbished by Jim Hamilton Design to echo its new direction. 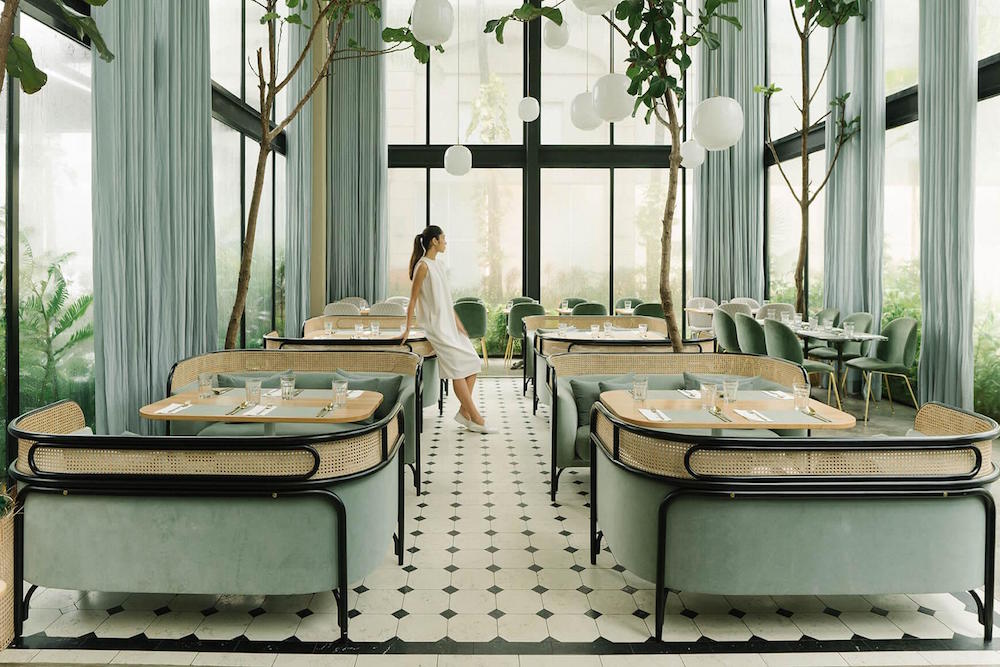 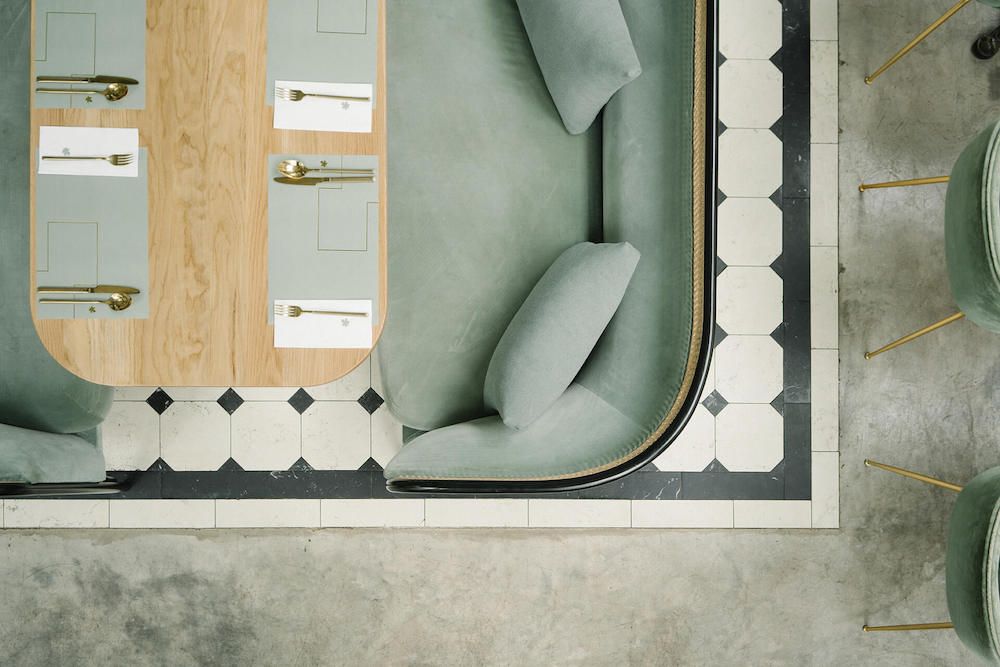 With biophilic design wrapping its branches around almost every sector, is it any wonder why design firm GamFratesi used nature as its primary inspiration in the creation of Harlan & Holden Glasshouse? We think not. The rehabilitative restaurant is inspired by a greenhouse. Breaking boundaries between interiors and exterior, the studio swapped windows for walls and used the surrounding landscape to create the space.