Editor Checks In: The new luxury for AW/19 and beyond 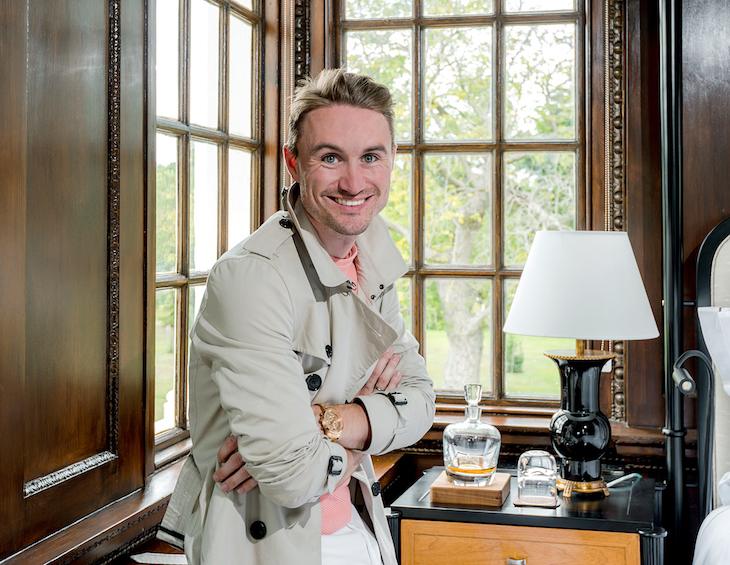 Following an enlightening month at the helm of the editorial desk, Hamish Kilburn pauses for just a moment on whether or not consciousness is the new luxury in design, architecture and hospitality…

Am I accurate in saying that a few years working on the international hotel design scene can often feel like a lifetime of achievement? So much seems to happen in such a short period of time.

Within what feels like a blink of an eye, sketches of projects have become the jewels of populated skylines, while juniors have evolved into directors of studios. Meanwhile, topics we have discussed in the specialist press for decades, such as sustainability and designing with purpose, have finally hit the headlines of the mainstream media to leave whole cities and populations petrified about their future.

I so vividly remember my first ever trade show in this colourful industry. I was a 22-year-old, fresh-out-of-university features editor. You could spot me in the crowd from a mile away, complete with a three-piece suit, polished black shoes and new glasses to match. I may as well have just worn a sign with the word ‘noob’ printed in permanent ink.

I scurried towards my pre-booked seat to catch an insightful on-stage Q&A with Martin Brudnizki, who had at the time just completed the extensive renovation of The Ivy in Soho, London. Whether I was shy or just inexperienced (or quite possibly both), I was not a fan of audience participation back then, at least not if it involved speaking up myself. I would rather leave a question burning within my chest than all eyes in the audience potentially focusing on me.

How things have changed, and thank the high heavens they have too. This month was full of minor milestones for both myself and Hotel Designs, which as a result has made my former self a mere shadow of the editor I feel proud to have become.

Firstly, in an interview to understand what the designer has achieved since becoming The Brit List 2018’s Interior Designer of the Year, I was finally able to put my questions to Brudnizki. I visited the celebrated designer in his Chelsea studio just a few months ahead of this year’s ceremony, which takes place on November 21 at Patch East London.

In addition to the award-winning designer unknowingly becoming our poster boy for this year’s awards, I also held the microphone to host the headline panel discussion at the Independent Hotel Show London 2019: The Conscious Bedroom Report. And although this was my fifth time hosting an on-stage session, it was – in many ways – the most significant of them all. For starters, the subject area that was restrained under the spotlight, sustainability and thinking consciously, was one of huge relevance. And also, my panel made up of Alex Harris from Harris + Harris London, Olivia Richli from Heckfield Place, Sue Williams from Whatley Manor and Xenia zu Hohenlohe from Considerate Group made the whole experience seamless and the topic easy to digest.

“Unmistakably, business owners from up and down the country were, in a way, pledging that they would do more to make a difference.”

“Let’s have a show of hands,” I said to the overflowing audience as I ignored entirely what my 22-year-old self would be thinking. “Who here is a hotel owner/operator and truly believes that they could do more to be sustainably and socially more conscious?”

One by one, hands raised and remained firm in the air. It was a moment. Unmistakably, business owners from up and down the country were, in a way, pledging that they would do more to make a difference. Admittedly, this was after hitting them hard with the statistic that 76 per cent of guests believe that hotels could be greener while 72 per cent hope a hotel can provide local produce. I am not a gambling man, but if I was I would bet for the same overwhelming result if we were to put forward the mini yet mighty experiment on our readers – the designers, hoteliers, architects, suppliers, procurement managers, and design and architecture enthusiasts from far and wide. If the session was anything to go by, we can all do more to become more thoughtful in our actions on this global stage.

“My conclusion for the audience at the show was to not think about sustainability with red tape around it.”

So where do we go from here? Things are changing. In April 2020, just five months from now, plastic cotton buds, drinks stirrers and straws will be banned in England. This is very much a ‘today’ problem, and in order to keep ahead of the game, all individuals operating within this market need to consider the issues we will face tomorrow instead. I’m talking about food wastage, using upcycled materials in design and eliminating the ingredients for greenwashing. My conclusion for the audience at the show was to not think about sustainability with red tape around it, but to instead brainstorm new and innovative ways to add organic, conscious personality into your hotel or service.

One of our breakfast planning meeting to establish and define the theme for this year’s show was sheltered inside the extremely quirky and sustainable Artist Residence London. I was inspired and captivated to hear about some of the initiatives that were already happening in a handful of the UK’s leading independent hotels; how they were tackling the war on food wastage, going paperless and spending hours scrolling through search engines for second-hand furniture pieces. But it was Julio Margues, the General Manager of London Bridge Hotel who, for me, hit the nail clean on the head. “My vegetable patch has a great view of The Shard,” he said casually. And that’s the point. Hoteliers, designers and architects should not boast about being sustainable in their day-to-day decisions, which in my opinion should naturally be a common value shared by all. But they should highlight the minor and quirky – somewhat personal – details that set them aside from others.

I leave you with an open question to sign off October 2019, a period of my editorship I will struggle to forget (for all the right reasons). In an industry and era where and when trends are becoming more and more obsolete, could consciousness become the new luxury?