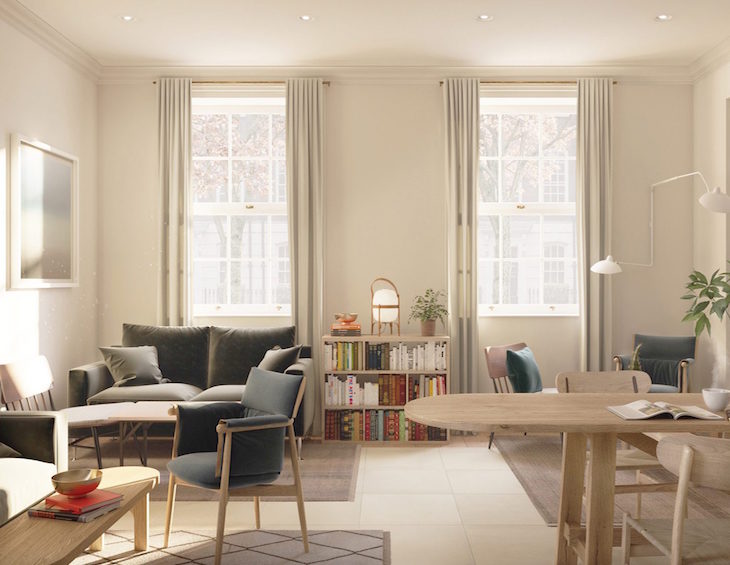 New research published by the Independent Hotel Show London has revealed that 76 per cent of holidaymakers feel as if hotels could do more to be greener and become more eco-friendly. Editor Hamish Kilburn took to stage to present the findings and writes…

I am sick to death of hotels – large and small, chains as well as independents – doing the bare minimum in order to claim that they have become more sustainable. Yesterday, I took my frustration over the ‘greenwashing effect’, which so many businesses are guilty of, to the stage at the Independent Hotel Show London to deliver the Conscious Bedroom Report. And here are some of the new stats that have emerged.

Times are changing, and hotels – like all other businesses and sectors worldwide – need to change with them. A report by the conscious bank Iriodos reported that in 2017, UK consumers spent an estimated £83.33 billion on ethical goods and services. And given the recent developments in climate change awareness, that number has increased drastically. While 76 per cent of consumers who were surveyed believe that hotels could do more to become greener, a whopping 72 per cent hoped hotels could also provide local produce.

Question: Are you more likely to book a room if a hotel has a clear sustainability policy? Would your preference change if you were given an incentive? Of the 2,000 individuals who were polled in the survey (64 per cent female and 36 per cent male), the answers to these particular questions were divided. While 57 per cent responded in the affirmative, 43 per cent were not converted by sustainability policies in and of themselves. Furthermore, this plunged to just 16 per cent once an incentive of some sort was involved. When asked why, however, many responded that protecting the environment itself was a strong enough incentive.

It seems, more recently, that sustainability has gone on tour to become a global concern and conversation and not one that is restricted to regional areas. 14 per cent of consumers surveyed admitted to being more aware of their environmental impact when away from home. Interestingly on the flip side, the same number that they believed to be less mindful. 72 per cent, though, managed to keep their beliefs consistent when both travelling and when at home.

“62 per cent of respondents admitted to feeling frustrated by single-use plastics in their room.”

The report also stated that “180 million plastic cotton buds are flushed down the toilet every year in Britain.” For many, and certainly myself after reading that statistic, it is unfathomable for hotels to still be providing guests checking in with single-use plastics. 62 per cent of respondents admitted to feeling frustrated by single-use plastics in their room. 26 per cent claimed not to be bothered and 12 per cent argued that they didn’t notice whether or not single-use plastics were in a hotel room during their stay. Whats more, plastic cotton buds, drink stirrers and straws will be banned in England from April 2020.

“73 per cent of guests asked did not consider a hotel to look ‘budget’ by using large dispensers.”

From recent discussions I have had with hoteliers on how to activate sustainable change without diluting the quality of service, there is a concern that replacing miniatures in the bathrooms with large dispensable bottles will look like a hotel is scrimping. However, 73 per cent of guests asked did not consider a hotel to look ‘budget’ by using large dispensers. If you needed further reassurance, a large proportion of the top luxury hotels in London have replaced bathroom miniatures with large dispensers and are, as a result, feeding back to the editorial desk at Hotel Designs zero complaints. “We ensure that the product remains high quality,” one hotelier said. “And in order to illuminate the opportunity for guests to complain, we ensure that each bottle is always topped up.”

“78 per cent of those surveyed embraced the rag ‘n’ bone revolution.”

The report also examined the design element of a hotel guests’ experience. 78 per cent of those surveyed embraced the rag ‘n’ bone revolution. 22 per cent maintained to feel ambivalent at the thought of restored furniture. In regards to art, which is further being taken outside the frame in hotel design with new innovative design scenes coming into vision, seeing locally sourced pieces around a hotel is becoming more of a demand among travellers. 61 per cent of guests said that they did appreciate the use of indigenous arts and crafts, and only six per cent were non-plussed.

The Conscious Bedroom Report is a step in the right direction. Although positive to see that consumer demands are very much in line with ensuring that the international hotel design scene becomes more conscious both socially and environmentally, it also exposes an industry that is behind many to become sustainably driven.

“In short, the value of becoming a more conscious hotel operator, designer and architect far out weighs the cost.”

EDITOR’S COMMENT: “Never before has it been more transparent than it is now to see hotels either choosing not to embrace and adopt new eco initiatives or doing the bare minimum and greenwashing. I believe that in order to really make an impact on the international hotel design scene, examples need to be set. Examples like Heckfield Place, The Langham London and Inhabit London. All of which, interestingly, are sheltered in grade-listed buildings. The excuses are fading.

“By the industry creatively thinking about how they can add sustainability into their core values, hotels and hotel designers will naturally open themselves up to local suppliers, businesses and communities that surround them. In short, the value of becoming a more conscious hotel operator, designer and architect far out weighs the cost. We have an opportunity to make a real change and the statistics in the Conscious Bedroom Report just highlight further the changing demands of modern travellers.” – Hamish Kilburn, editor, Hotel Designs

Next month, Hotel Designs will be putting sustainability under the spotlight. If you have a story for the team, please email h.kilburn@forumevents.co.uk