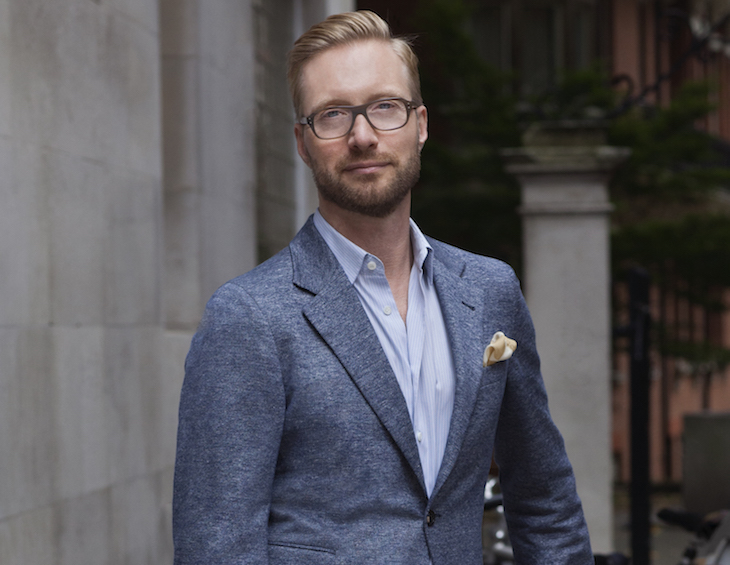 Last year’s crowned Interior Designer of The Year at The Brit List Awards, Martin Brudnizki, invites editor Hamish Kilburn to his Chelsea London studio to explain some of the major milestones in his career as well as how he logistically manages his time in a truly international market…

Design gems are not hard to come by on the British hotel design scene. You have only to open the pages of last year’s edition of The Brit List – and this year’s shortlist for that matter – to find the top 75 influential designers, architects and hoteliers.

However, design legends are less common. It’s not a question of talent or ability, but more a reflection of style, class, personality and being about to really set oneself aside from others in the heavily congested international hotel design market.

There is only – and will only ever be – one Martin Brudnizki, for example. Last year, Hotel Designs’ The Brit List crowned the acclaimed visionary as its Interior Designer of the Year – and for good reason. “Brudnizki is an international leader, standing as an icon as well as inspiration to so many young aspiring designers,” commented last year’s expert judging panel. “His recent work in University Arms Cambridge is a credit to his studio’s ability to give a building a new lease of life in the most sensitive and creative way.” 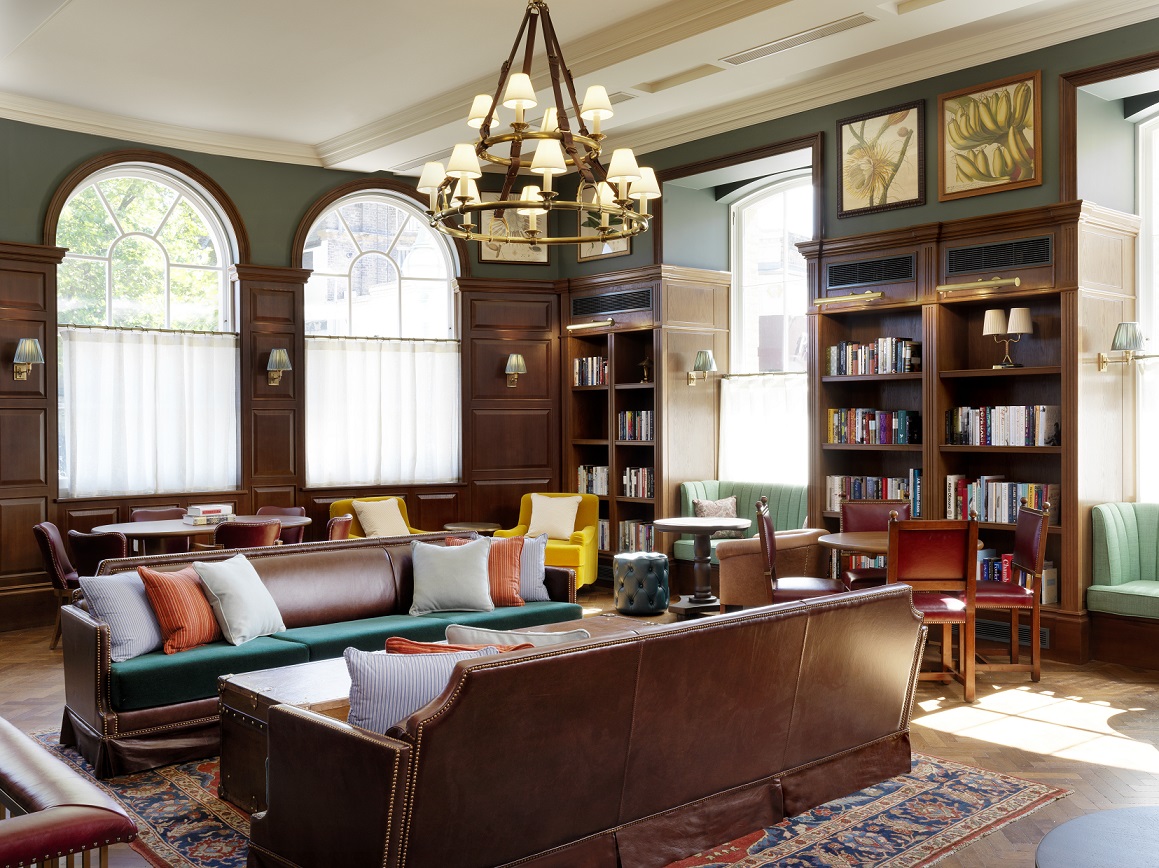 Almost one year later, while the editorial team at Hotel Designs are gearing up for yet another spectacular awards ceremony, I aptly caught up with the Brudnizki in his Chelsea studio in London to find out more about our ‘poster boy’s’ journey to become one of the world’s most celebrated interior designers of the moment.

“I grew up in Stockholm; my mother was a stylist and my father an engineer and I think this blend of approaches to living and design, in particular, rubbed off on me,” Brudnizki explains. “My mother is incredibly stylish and filled our home with beautiful colours, patterns and objet. My father on the other hand, worked in a very precise and thought-through way. Both aspects of their personality has certainly informed the way I work today.”

Brudnizki’s early career in design saw him working at the likes of David Gill Gallery and David Collins Studio before branching off and putting his own practice in 2000, Martin Brudnizki Design Studio (MBDS) in 2000. “I learned a lot during my time in other places,” he adds, “which has served me well when establishing my own studio.”

“We have a number of up-coming projects that I also hope shape our studio’s story. It’s an exciting time.” – Martin Brudnizki

Since then, MBDS has become one of the leading international design studios, with bases in London and New York and projects including The Beekman, University Arms and Four Seasons Athens. But, like all designers, Brudnizki remembers the milestone moments; the hotels and buildings that captured his and his team’s incredible imagination, usually sheltered in iconic shells. “All the projects we work on are exciting and help shape the future of the studio however, there are a few that really stick out as being pivotal,” the designer explains. “Scott’s in Mayfair presented us with the opportunity to design our first fine dining restaurant, it also cemented our relationship with Caprice Holdings, who have since become important clients of ours. Working with Nick Jones on Soho Beach House Miami was exciting as this saw us introduce the successful Soho House brand to a new region. The Beekman in New York opened in 2016 and helped stamp our mark on New York. It’s located in a beautiful building and we were lucky to garner a lot of attention from it. Finally, Annabel’s in London has proved incredibly popular for us. It’s such an iconic club so we felt very honoured to be asked to redesign its incarnation. We have a number of up-coming projects that I also hope shape our studio’s story. It’s an exciting time.” 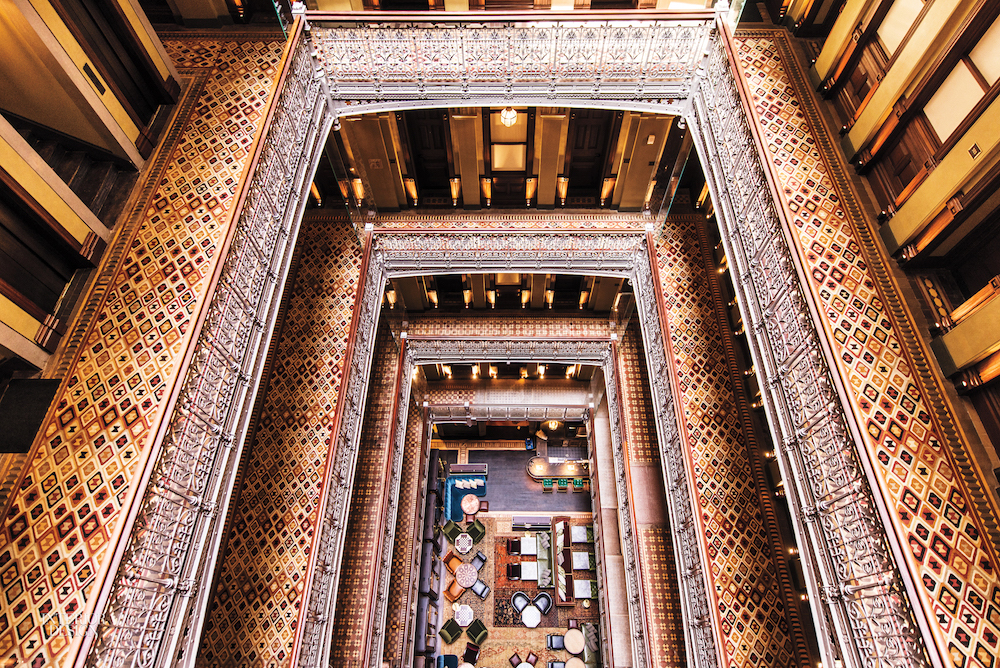 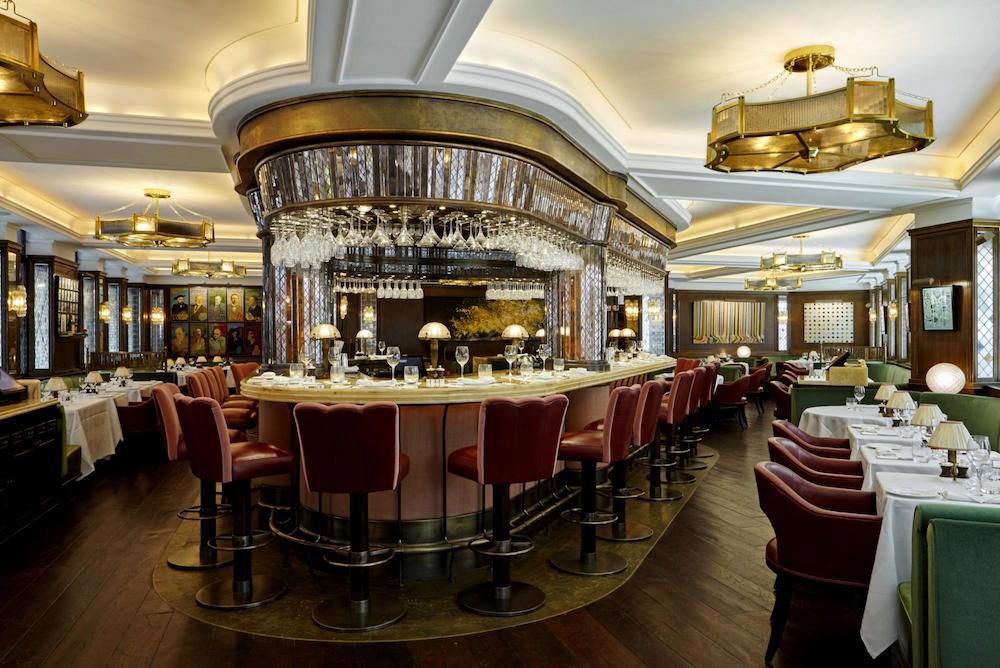 Dividing his time between both London and New York has given Brudnizki the unique freedom to position himself in two of the world’s most respected design hubs. “Both cities have very unique identities,” Brudnizki explains. “They are both are melting pots of culture and excitement and whilst very different, they both present wonderful opportunities to mark your mark.”

“Luxury travel to me is being able to combine a sense of curated experience with spontaneity; finding new places but also the having the flexibility to be adventurous and go off piste.” – Martin Brudnizki

From the outside looking in, the luxury market in hotel design may look like a desirable place to start when setting out to build a reputation as being a leading designer, but it also comes with risk to cater to the ever-changing demand of the modern luxury traveller. For Brudniki, the true art of luxury travel is a reflection of his own experience and personality. “Luxury travel to me is being able to combine a sense of curated experience with spontaneity; finding new places but also the having the flexibility to be adventurous and go off piste,” he defines. 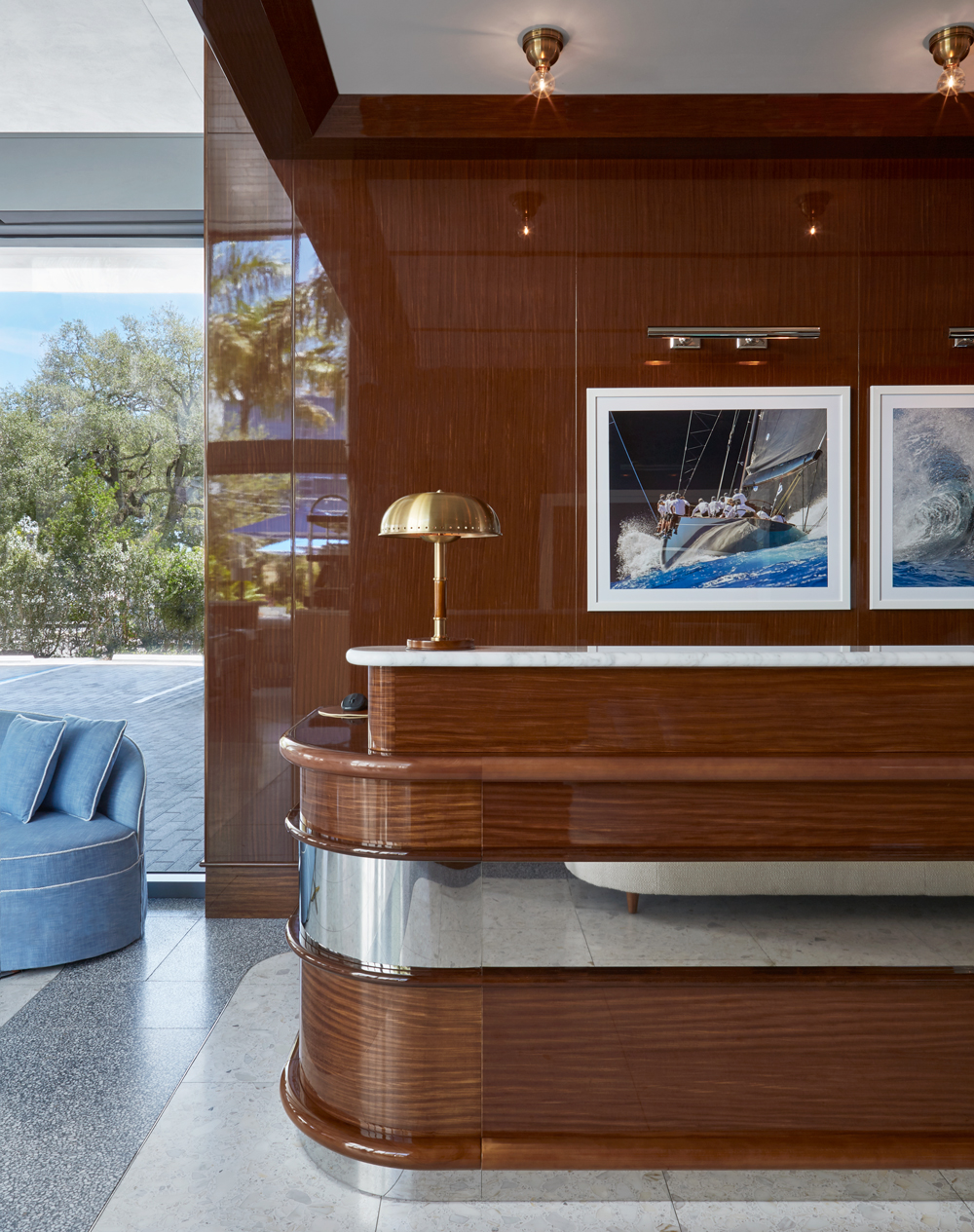 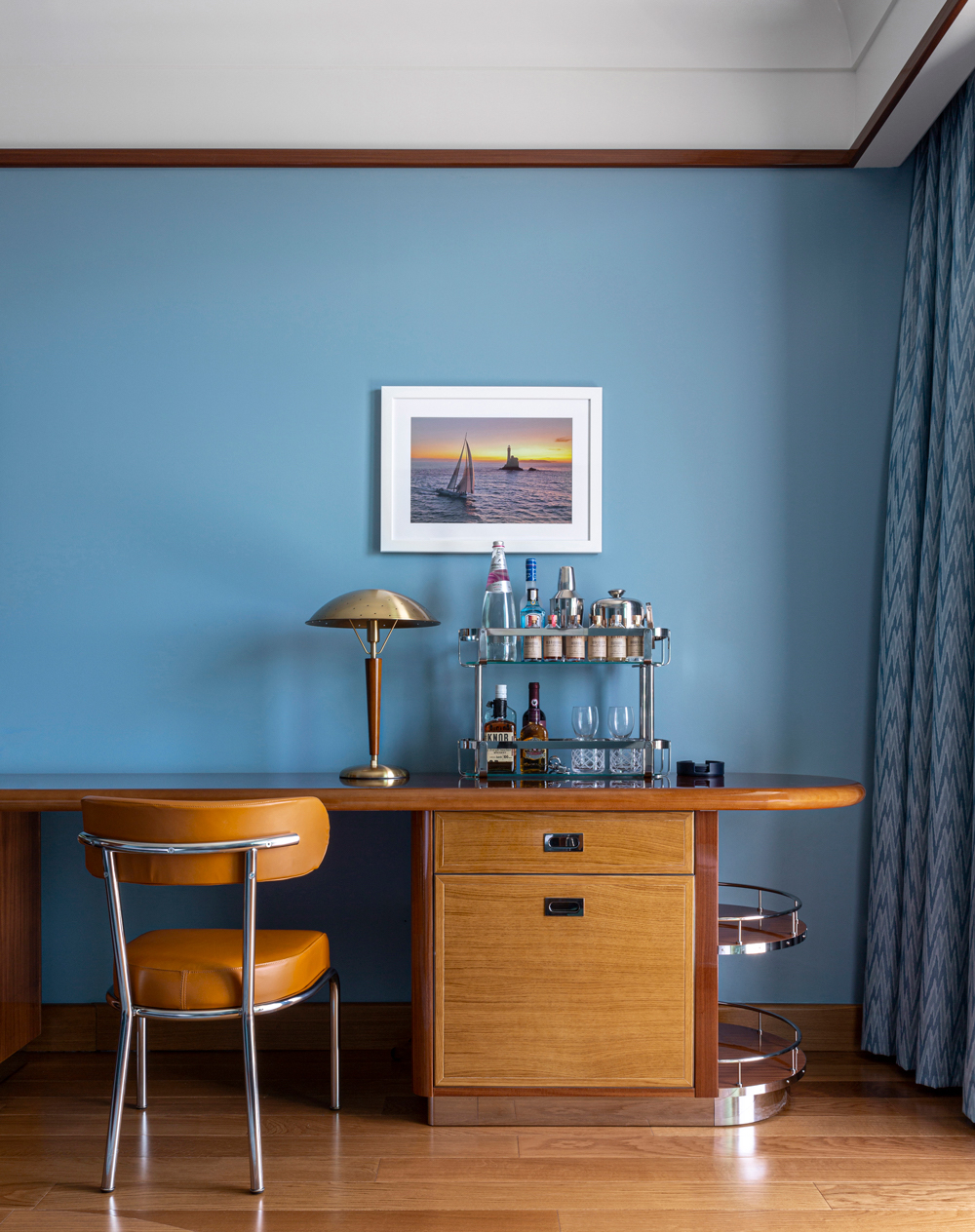 Since winning at The Brit List 2018, Brudnizki’s vision on a new hotel brand has come to life in the shape of Mr C Hotels, which opened in Miami earlier this year – and has, as a result, put him in the running for the second consecutive year for this year’s awards. “Mr C is situated in a modern new build in the green surroundings of Coconut Grove,” he explains. “New builds have many benefits, including up-to-date technology and no listed statuses to content with however, new builds often lack the characterful details of older properties. With this in mind, we often have to dig deeper to find a strong narrative to wrap the hotel’s design in. For Mr. C we looked to the landscape of the region and the glamorous boating heritage and incorporated elements of this into our scheme.”

As well as technology, another area that has peaked recently in popularity among developers as well as designers and architects is the value of sustainability and designing consciously. “I think it depends on the project and the client, Brudnizki admits. “We are working with Six Senses on their new hotel and resort in Kitzbuehel Alps and the whole design is focused on sustainability and using organic and local materials. This is to mirror the brand’s values so we’ve had an interesting time researching new materiality and local artisans who can help reduce the hotel’s carbon footprint and up their sustainability accreditation.”

Hamish Kilburn: Where is next on your travel bucket list?
Martin Brudnizki: Portugal.

HK: What is the number one item you simply cannot travel without?
MB: A silk eye mask.

HK: What is the last item that will show up on your bank statement?
MB: Probably food from Bayley & Sage.

HK: What is your favourite place to unwind in London?
MB: My home in Parsons Green. As a travel so much, it’s nice to just come home and relax in the peace and quiet.

HK: What trend do you hope will never return?
MB: International Beige.

HK: Where are you travelling to next?
MB: My New York Studio next week.

Before I leave the designer in peace to create with his team the hotel interiors of the future, which include hotels in London, Austria, LA and Cape Town (among others), I am interested to explore, on the surface at least, new materials that have emerged on the designer’s radar. “I am really interested in straw marquetry at the moment; it’s such a beautiful natural fibre that can be used in the most unusual of places, such as walls and furniture,” Brudnizki says.

MBDS itself is incubating a strong network of talented designers that will further position Britain as a globally regarded leading design hotspot. With his name on the door of two dynamic studios – and also in the minds of I would argue all aspiring interior designers – Brudnizki is leading the ever-evolving industry into new territory.

The shortlisted finalists this year’s The Brit List have been invited to The Brit List Awards 2019, which takes on November 21 at Patch East London (Aldgate). To purchase limited tickets, click here.