EDITOR CHECKS IN: Proud of diversity in British design 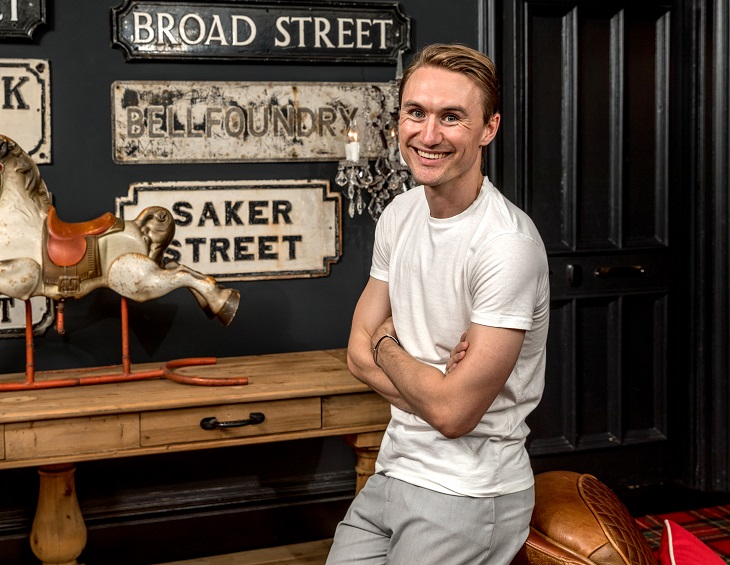 As the world focuses its attention on amplifying equality in all forms, editor Hamish Kilburn believes now is the time to break down why diversity in British design is something the industry should celebrate and be proud of…

We’ve come a long way, and although the journey hasn’t exactly been a seamless one, here we are in Britain in 2019 where we are free to love whoever we want. The next mission is now to work towards a society that campaigns for equal opportunities for all.

Our colourful industry, which is full to the brim of creative people, can be at the best of times a forceful catalyst for good and I believe, together, we can significantly do more than our bit in order for that dream to become a reality – and it starts here.

For a little more than a year now, since proudly joining the Hotel Designs editorial desk, I have tried perilously to understand what it is about the UK that makes it one of the major design destinations around the world. Despite its scale, Britain, the tiny little speck of land in the northern hemisphere, attracts the majority of the leading designers, hoteliers, architects and suppliers to train, flourish and go on to lead the industry forward into an innovative direction.

What Britain lacks in size it certainly makes up for in style, creativity and diversity. It’s no coincidence, therefore, that a large handful of the world’s most premium international design fairs, such as Sleep + Eat, 100% Design, Independent Hotel Show and London Design Festival, among many others, take place here.

Today, just two weeks after we officially opened nominations for The Brit List 2019, I’m seeing London from a completely unrivalled perspective – and it is a beautiful moment to witness. Peering over the edge of a rooftop bar, every colour of the rainbow is being amplified loudly on the streets below. As many as 1.5 million people have attended Pride London 2019, which is now being hailed the UK’s largest and most diverse Pride parade to date.

“By celebrating and supporting the concept of diversity – and by not oppressing original ideas that challenge convention – we can allow new thoughts to emerge.”

There’s an Albert Einstein quote that hangs on our office wall. It reads: “Creativity is intelligence having fun.” For some, it may signify the balance of designers, hoteliers, architects and suppliers thinking outside the box while also designing with purpose.  For me, though, it encourages one to take on a challenge and make it fun! That way, with the ability of adding your stamp to your work, you will not only throw intelligence at the problem, but also personality and individual ideas too.

This, I believe, is where the UK flourishes on the international design scene. By celebrating and supporting the concept of diversity – and by not oppressing original ideas that challenge convention – we can allow new thoughts to emerge and evolve, which, as a result, gives original concepts a nudge forward in the right direction. Jack Irving is the perfect example. The fashion designer who has worked with the likes of Lady Gaga and The Spice Girls has just completed his first interior design project. Irving’s commissioned work for W London has resulted in introducing our industry to new, unconventional materials. On the other hand there’s Zaha Hadid Architects, with its firm footprint as an industry leader, that is turning new architecture chapters, with the likes of Morpheus, that create new elegant dimensions.

The Brit List 2019, our annual awards event, is all about championing the most influential and inspirational designers, hoteliers, architects and suppliers. In order to keep the whole process as open as possible, we have ensured that applying for our nationwide search is completely free.

It’s been a varied and colorful month at the helm of Hotel Designs and I for one am proud of our fabulous team. We started our mini July tour in Manchester for Meet Up North, where more 150 of us celebrated creativity outside of the capital. One week later, we further bridged the gap between suppliers and procurement specialists with our highly engaging meet-the-buyers event, Hotel Summit, which allowed me the great honour of interviewing Marco Novello, the Managing Director of The Lanesborough, on stage in front of our live audience. A quick 24 hours in Dusseldorf, Germany, opened up the opportunity for us to speak to Michael Struck, the CEO of Ruby Hotels, as well as Matthew Bolan, the brand’s lead designer, in order to understand more about Ruby Hotels’ aggressive expansion, which includes its highly anticipated debut hotel in London next year.

In an industry full of leaders and visionaries, who are designing the cities of our future, it makes sense for us to also carve the path for others when it comes to celebrating diversity. Here are Hotel Designs, we are determined to continue to praise and offer a platform to people, projects, and plans on the boards that further challenge convention.

Be proud and apply for The Brit List 2019 for free today!

During August, Hotel Designs will be putting Hotel Concepts and Beds under the spotlight. If you would like to contribute to these topics, please do not hesitate to email me.