In Conversation With: Hamish Brown, Partner at 1508 London 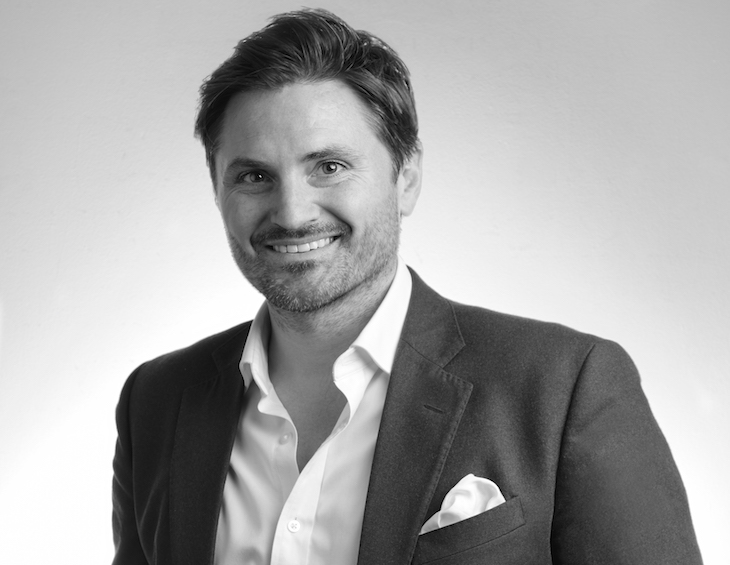 Following some major global project wins, 1508 London’s entrance into hospitality was one that was led by a burning desire to reference local culture, unique design and organic materials in a new generation of luxury hotels. Editor Hamish Kilburn joins one of the firm’s Partner, Hamish Brown, in the London-based studio to learn more…

“There’s a real desire at the moment for brands not to be completely dictatorial about what their hotel should look like,” comments Hamish Brown, Partner at 1508 London, who warmly welcomes me into the studio moments before arriving himself having just walked off the red-eye flight from New York to London. “There are operational and functional standards, for sure, but in terms of design and aesthetics, there is so much more freedom now than there ever has been in hotel design.”

Could it be this movement that opened the door from residential into hospitality for the design studio? Or maybe it’s Brown’s ability to sharply define where the industry is at in this moment even while enduring transatlantic jetlag. Before then, the team at 1508 London were residential pioneers who had created a unique thread of new design standards on the high-end market around the globe; an appealing DNA for developers and operators in the hospitality arena.

It’s a refreshing experience, visiting a working studio that is – despite having already completed The Spa at The Lanesborough, awarded Best Hotel Spa 2019, and is currently working on new spaces for brands such as Four Seasons Hotels & Resorts, Park Hyatt, InterContinental Hotels and Jumeirah – still relevantly new on the international hospitality scene. It is perchance the gems that are on the boards, as well as the major project wins that the studio has achieved recently, therefore, that is causing the heads in the industry to turn towards the direction of 1508 London.

“I have always really hated the ‘one size fits all’ approach in design.” – Hamish Brown, 1508 London

Most recently, the studio’s pipeline of statement projects includes Rosewood Doha, which is said to become “Qatar’s latest landmark five-star hotel”, the first branded residences in Beverly Hills’ golden triangle and the redesign of Jumeirah Carlton Tower in London, which will infuse a new, lighter sense of grandeur to elevate the guests’ arrival experience. 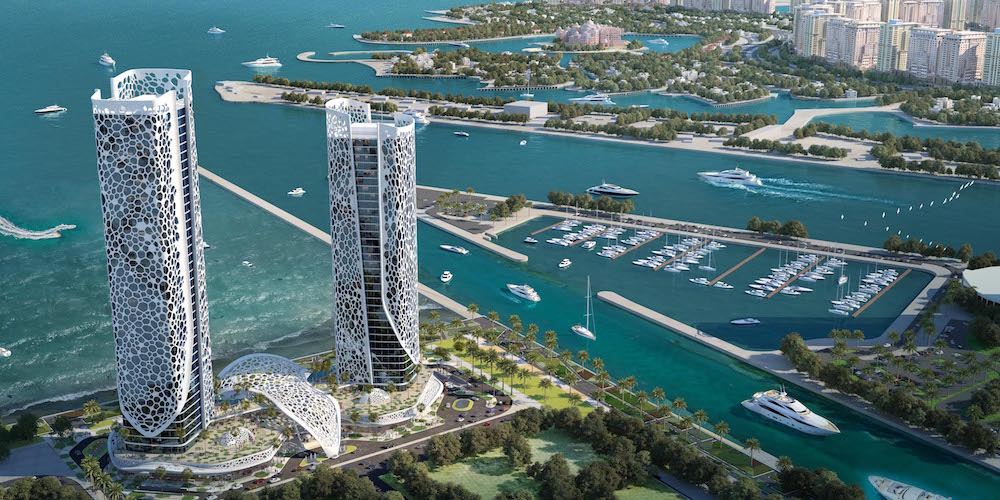 Image caption: Render of the majestic towers that will shelter Rosewood Doha, slated to open in 2020 | Image credit: 1508 London/Rosewood Hotels

The structure of the 70-strong designers at 1508 London is supported by four design directors, one of which, Akram Fahmi, was published in The Brit List 2019 following his recent move from his success at another studio. “We try as much as possible here to throw things up in the air, because I have always really hated the ‘one size fits all’ approach in design,” Brown tells me. “We start by first understanding the building’s context – the architecture and the local vernacular – and, as designers, it is our job to be able to draw inspiration from that.”

Brown, who The Times named as a ‘tastemaker’ in 2018, joined the firm in its infancy in 2010. Before that, he worked for a property development firm, swerving anything design-related succeeding a full-on interior architecture degree at the Birmingham Institute of Art and Design. “To be honest, I was a bit overwhelmed after my studies,” he admits. “The modules were attempting to be sensible, but, in reality, they did not prepare me for what life is really like as a designer. It felt a bit like passing my driving test and then merging onto the motorway for the first time.” 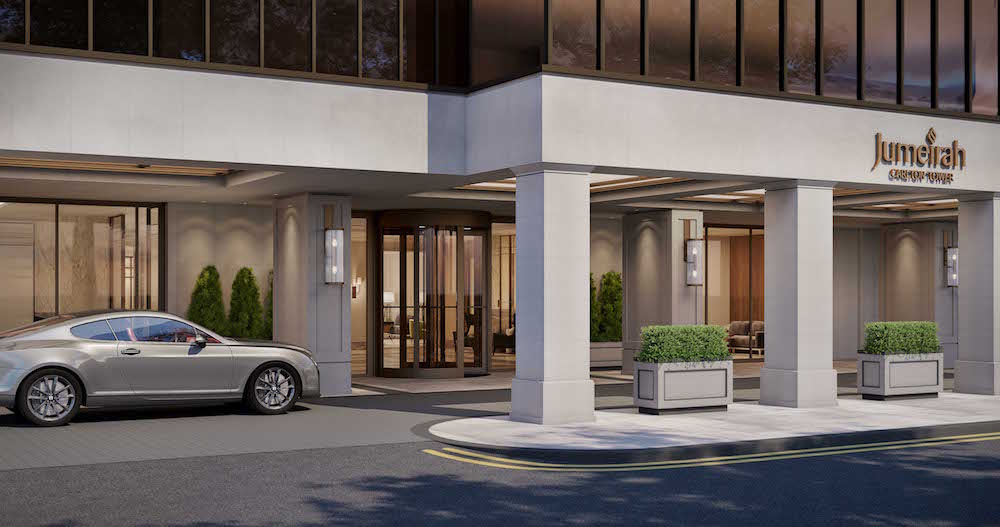 Image caption: Render teasing what the front of Jumeriah Carlton Tower will look like when it majestically remerges back onto the London scene later this year. | Image credit: 1508 London/Jumeriah Hotels

After flirting with the idea of working in high-end residential and retail development, giving student life some time to deliquesce in the memory, Brown initially joined 1508 London as a Business Development Manager. Climbing the ladder rapidly, in 2011 he became Head of Projects, was promoted one year later to become Studio Director and in 2013, he joined CEO and Partner Stuart Horwood as a Partner. “Originally, we were just four people with one vision, and we deliberately didn’t have a house style.” Walking around the studio, I am presented to the brand’s perhaps most impressive creation: the carefully curated cluster of characters – AKA, the designers – who are all driven, I’m told, by the idea of producing better spaces. “We take pride in being very client-centric, and that’s not to put anyone else or any other studio in the industry down – we really do try to respond to briefs with creativity,” Brown adds.

In a recent exclusive roundtable discussion on the topic of meaningfully differentiating luxury in hotel design, Brown mentioned that the studio tries to always capture and create sense-of-place with every project it works on. “Intrinsically, we believe that the exterior and interior of a building should have a strong relationship,” explains Brown. “And that’s often the starting point on most projects. We ask about the location, the architecture and the materials. Quite often, our inquisitive nature then takes over and we will investigate more about things like the culture, the art and the food.” 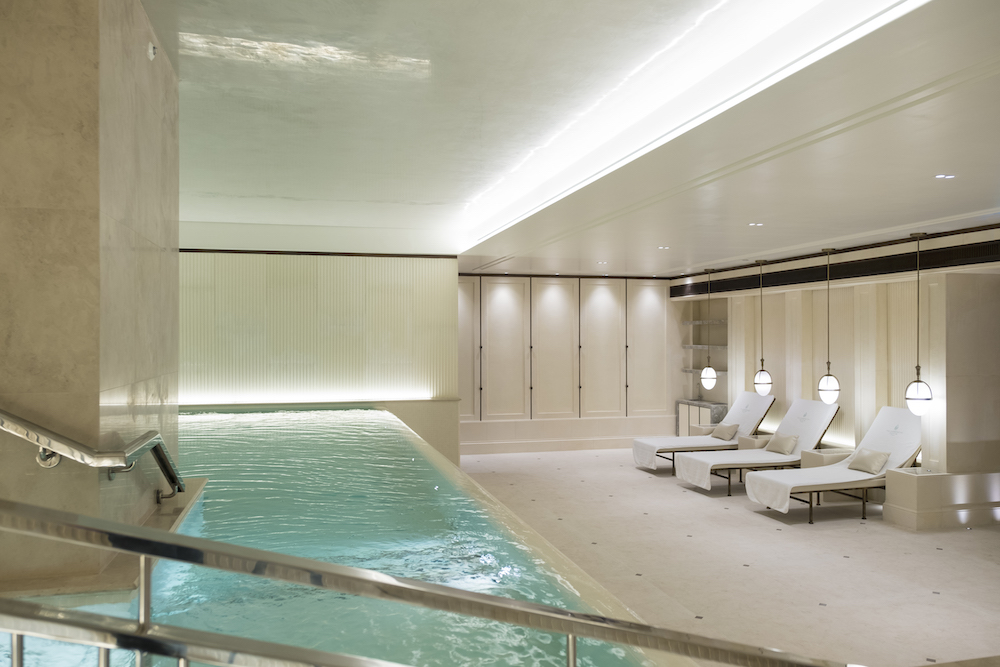 In regards to the company’s own sense-of-place, the studio is situated in the heart of the capital and has famous neighbours, sharing the same roof as fashion house Tom Ford’s studio and showroom. With 27 different nationalities under one roof, 1508 London is an outwardly thinking practice that is inspired by different cultures. “Britain is a design hub because of its education,” Brown says. “Our studio is a perfect example. There is a natural flow of talent in London, and that is because individuals from all over the world choose to operate here.”

“Although the first impression in a hotel usually comes from the look and feel, the last impression is of equal importance.” – Hamish Brown, 1508 London.

Hamish Kilburn: Where do you feel most at home in London?
Hamish Brown: In South London, with my wife and two children

HK: Where’s next on your travel bucket list?
HB: Sri-Lanka

HK: Was there a designer/or designers who inspired you when you were studying?
HB: Zaha Hadid and Antoni Gaudi, I’ve always fascinated by their uses of materials.

HK: What is the most rewarding part of your role?
HB: Working with people, and learning about cultures. I have learned more about geography as a designer than I ever did at school.

HK: If you were not a designer, what would you do?
HB: I would restore furniture, which is what I want to do when I retire.

HK: How would you describe your four design directors?
HB: They are completely open-minded and expansive beyond belief. You give them a challenge and they will each respond in the most wonderfully exciting ways.

HK: What’s the last item that shows up on your bank statement?
HB: A tactical coffee a Gatwick airport.

One of Brown’s most valuable lessons that he has learned is the balance between design and function. “Although the first impression in a hotel usually comes from the look and feel, the last impression is of equal importance,” he says. “The lasting memory comes from the service and function. To make someone fall in love with their stay, to attract them in the way it looks, you have to be able to deliver on that promise – and that is where the symbiosis happens between design and function.”

For most designers, one project will stand out in the portfolio. For Brown, that project sits majestically on Hyde Park Corner, just a few miles from the studio, and was also one of the first luxury hotels I checked in to as a journalist. “Working with the hotel’s Managing Director at the time, Geoffrey Gelardi, on the design of The Spa at The Lanesborough was incredible,” he says. “He had unbelievable knowledge on how the back-of-house operated, which allowed us to design spaces with complete precision, and enabled us to learn exactly how each area should be utilised. Without a doubt, those lessons have been the major transition between residential and hospitality.” 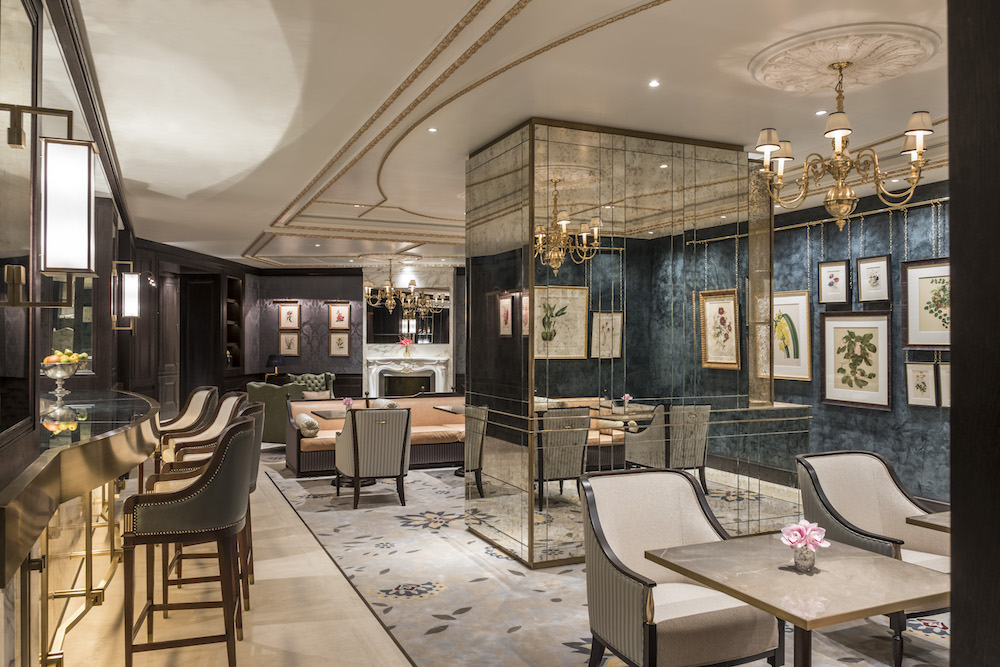 Image caption: Worlds away from the hustle and bustle of London life above, The Spa at The Lanesborough is an urban sanctuary unlike any other. | Image credit: 1508 London/The Lanesborough

The fact that we are sat around a beautiful oak table that I find out was rescued by the 1508 London team from an antique shop in Chelsea, exemplifies the studio’s respect for objects and restoration. “In many ways, you are only as good as your materials,” explains Brown. “This rug, even, came from a woman I met in the Middle East. She devoted her life to travelling to tribal areas, bringing groups of people together in the process to make these detailed rugs.”

“I remember using a recycled car windscreen in a bar, which a supplier fused together in order to create a striking bubble-like surface.” – Hamish Brown, 1508 London

The studio is so passionate to learn about new materials and products that it even dedicates time, one day a week, to invite select suppliers into the studio. “This time is an opportunity for us to learn, which is fascinating,” he says. “I remember using a recycled car windscreen in a bar, which a supplier fused together in order to create a striking bubble-like surface. When you backlit it, the result was incredible. The point is, I would never have thought about doing that on my own, and it added a new layer to the high-end project.”

Inspired by the studio’s infectious ethos – as well as its ability to sensitively lead the industry’s evolution ­– I leave Brown and his team in peace to continue reshaping the international landscape of luxury hotels. My evaluation of Hamish Brown? He is a polite and modest man who you can effortlessly spark up a conversation with. Listening intently to hear his passion for design, architecture and the carving out of a new era of hospitality, I can conclude that we do, after all, have more in common than simply a memorable name.