Checking in to experience The Spa at 45 Park Lane 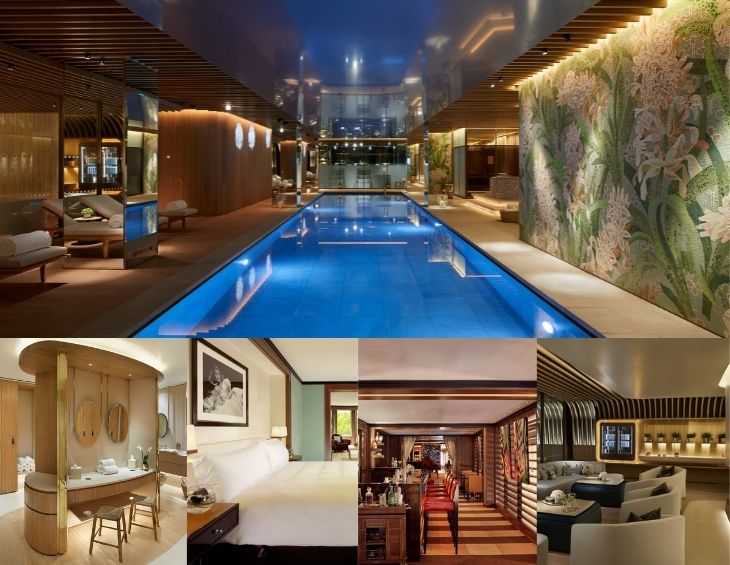 “All this time, I had been looking in the completely wrong direction when trying to understand how 45 Park Lane can stand out from its older sibling – and neighbour – The Dorchester.” Editor Hamish Kilburn is among the first to explore the luxury hotel’s new spa, which shelters a clever biophilic design narrative as well as the largest pool on Park Lane, London…

For any hotel operating in close proximity to a sibling property, the need to do something different is innate. In the case of 45 Park Lane, whose sister (and neighbour) is The Dorchester, which in style as well as service is one of London’s most iconic hotels, standing out is essential. Luckily for 45 Park Lane, though, its 1920s design scheme along with its effortless ability to serve up London’s finest pre-dinner negroni followed by an award-winning steak has kept the property on the map – and as such an integral member of The Dorchester Collection. 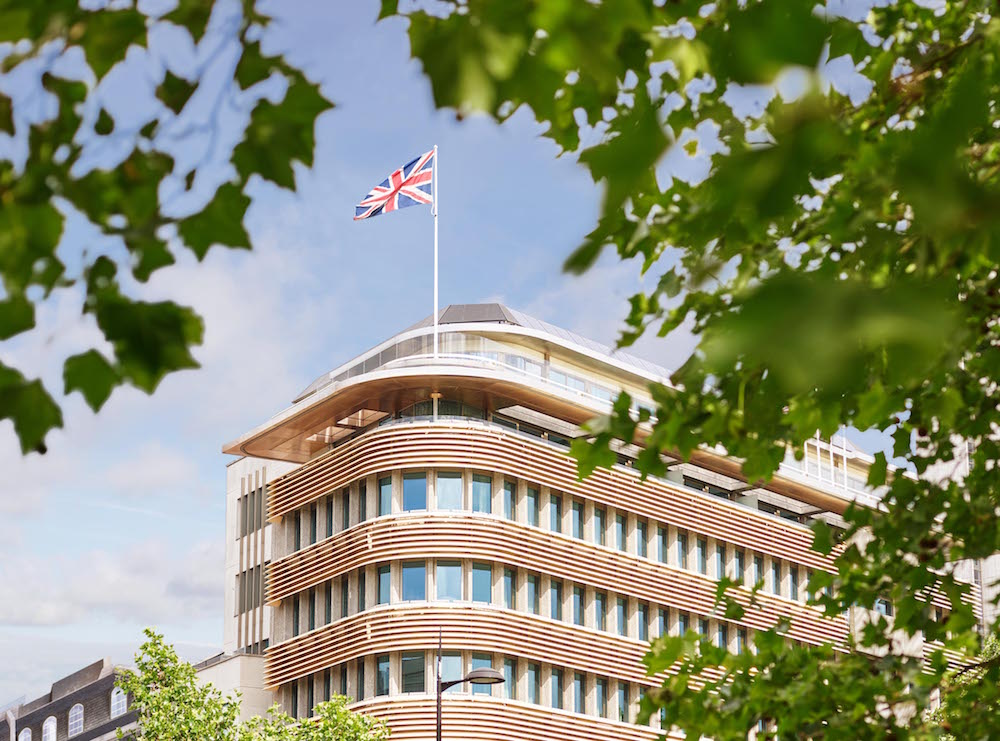 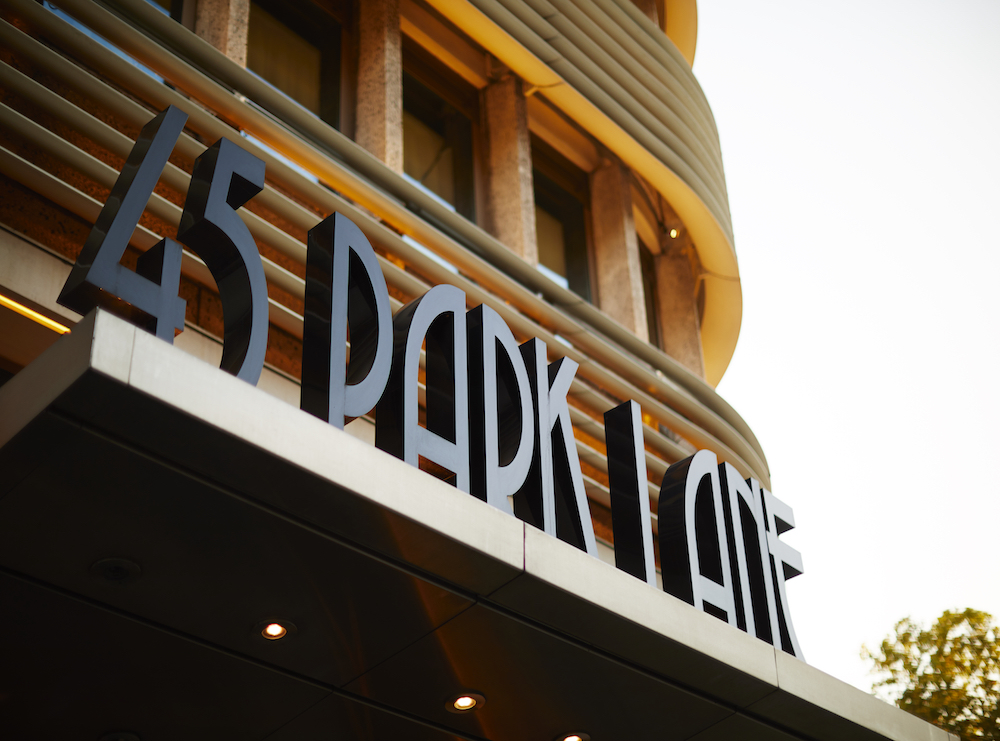 With arguably less weight on its shoulders than that of The Dorchester to preserve a deep-rooted legacy, the design scheme inside 45 Park Lane is given space to play. That’s not to say for one minute that it does not feel like a Dorchester Collection hotel, because it very much does with the same attentive service that threads together all properties within the collection. The smaller (in size, not personality) hotel stands up to The Dorchester as a younger, confident and slightly more masculine sibling. The General Manager, John Scanlon, who first joined the hotel in 2015 and who was profiled in The Brit List 2020 as one of Britain’s leading hoteliers, is totally committed to ensuring that guests have the best possible stay experience, immediately upon entry. Scanlon’s hospitable nature is undisputed – I caught him, on several occasions, warmly greeting and seating guests. Aside from his cordial style of leadership, it is his passion for art that is simply refreshing.

As I check in, what would be a conventional check-in experience becomes a conversation between myself and the front desk about who is responsible for the colourful art installation that is on show around the public areas. “The artist is called Nat Bowen,” I am told – and to my delight that Scanlon has just extended her artist residency. Perhaps it’s the times we are living in, or my admiration for hotels with traditional values creating scenes that juxtapose pre-conceptions – more than likely it’s a mixture of both – but as arrival experiences go, 45 Park Lane delivers the goods. 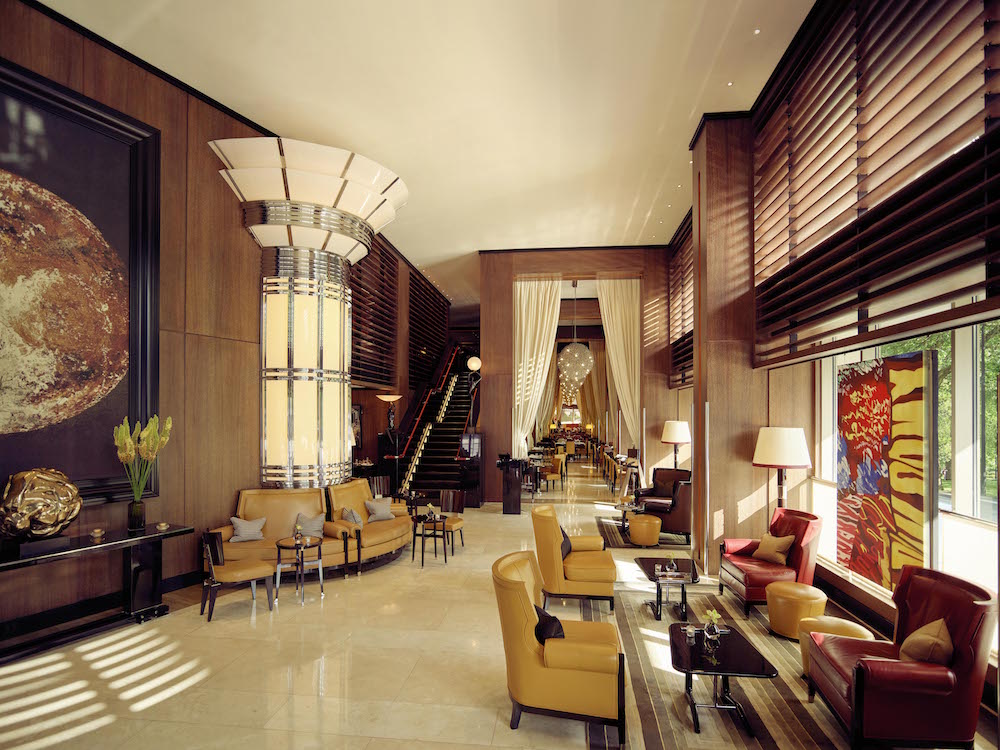 In just 10 years since it originally opened, the hotel has carved out its own niche, sheltering a members’ club-like interior design scheme that attracts those who want luxury served in more contemporary glassware.

“After a few years of making my way through the cocktail, wine and steak menu, I have no regret to admit that I had been looking in the complete wrong direction before.”

But, despite being a stunning hotel that naturally beats its own rhythm, I can’t help but feel, with just a decade of experience on the London hospitality scene, that it has been wrongly overlooked for more obvious and iconic properties nearby. Well, not anymore. 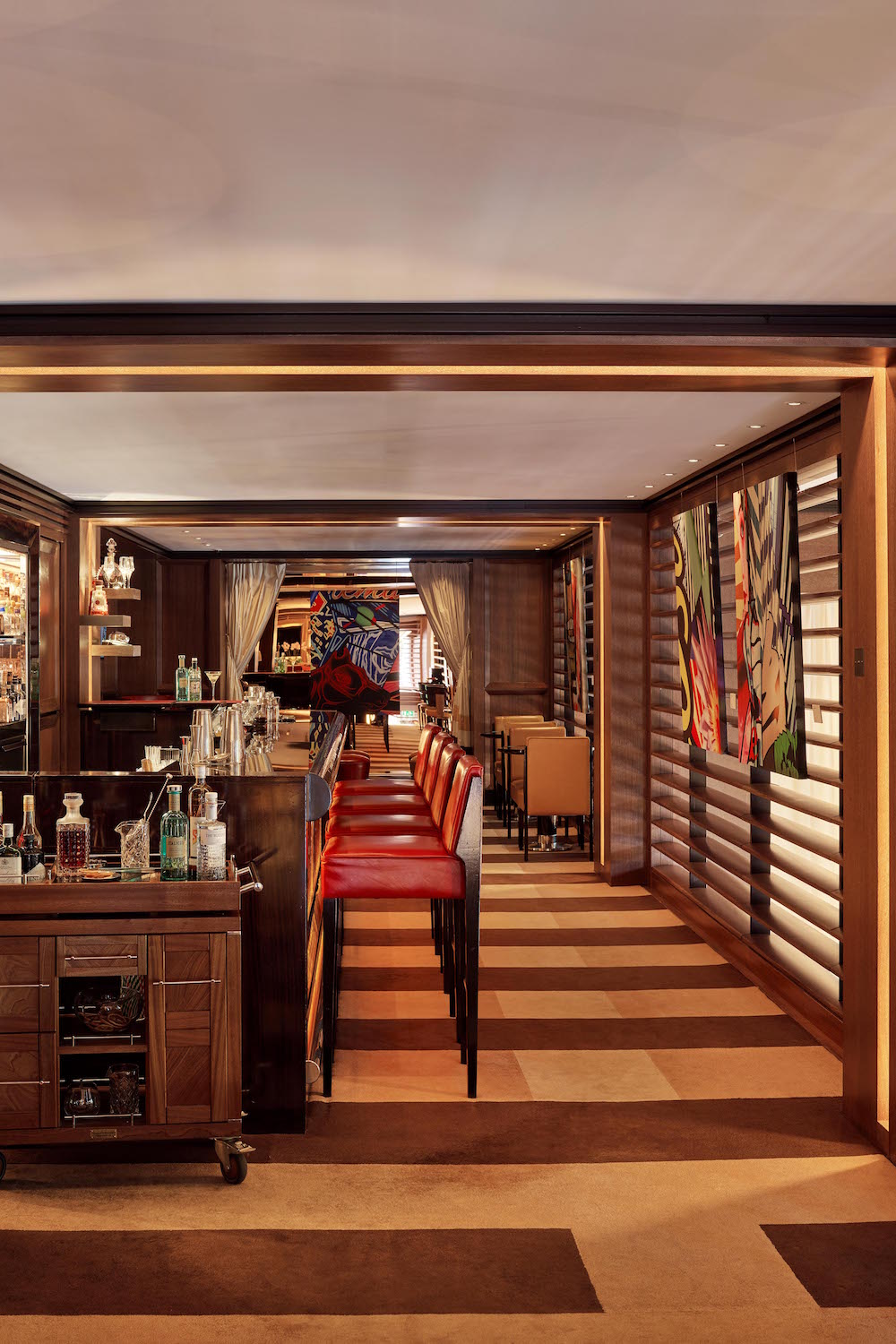 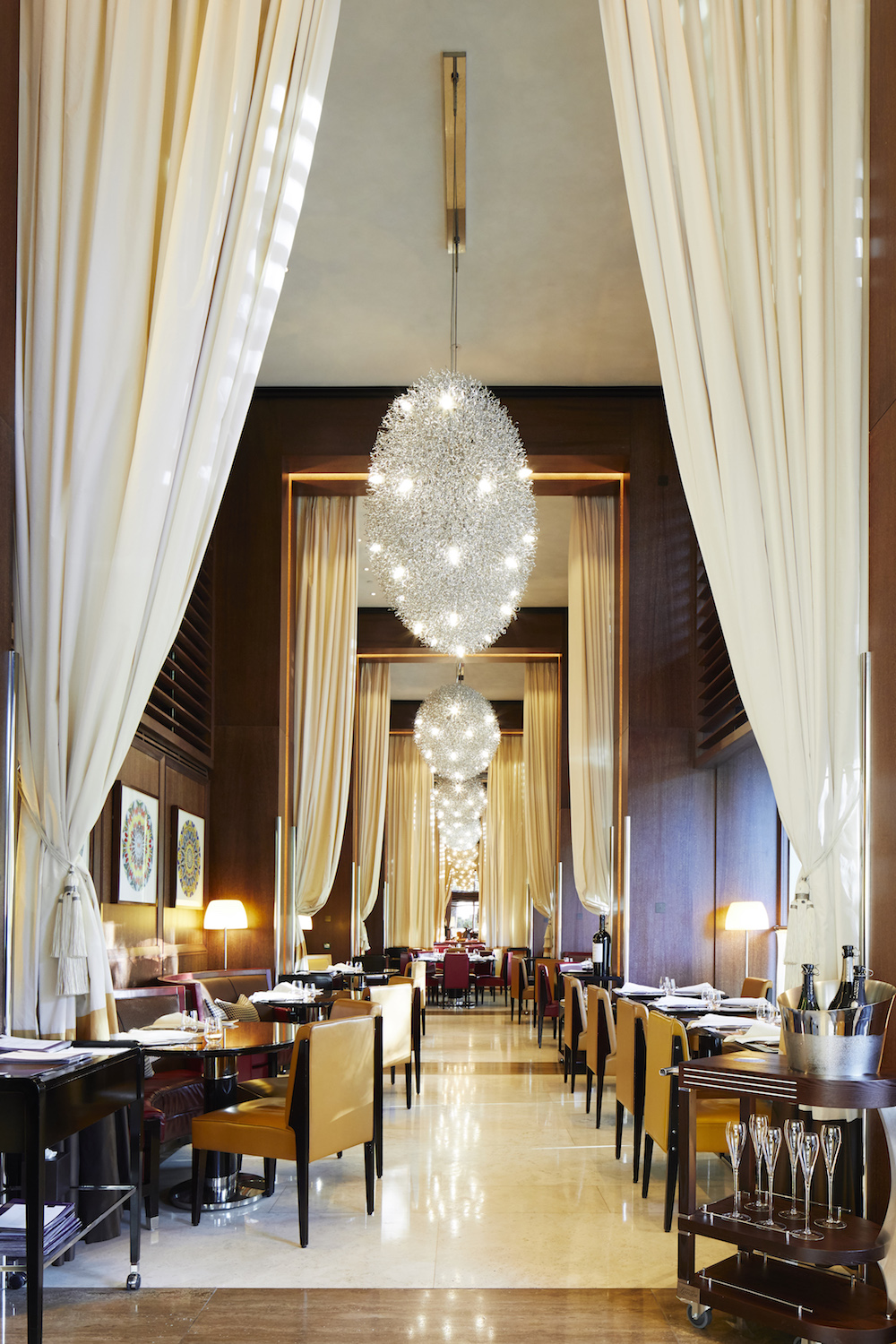 Image caption: CUT at 45 Park Lane is the hotel’s award-winning restaurant, which is famous for its mouth-watering steaks. | Image credit: The Dorchester Collection

I have always wondered how a hotel like 45 Park Lane can differentiate itself from not only its neighbouring sibling but also other luxury hotels in the neighbourhood. After a few years of making my way through the cocktail, wine and steak menu, I have no regret to admit that I had been looking in the complete wrong direction all this time. The answer to how 45 Park Lane can remove itself from the cold-morning shadow of its older sister is in fact situated in what was, until recently, a building being used as offices.

Located on the lower levels of the hotel, and reached via its very own lift (which I haste to add is completely accessible for people of all abilities), the hotel has recently opened a spa, designed by Joubin Manku and developed by Clivedale London, that will simply take your breath away – and transport you worlds away from the hustle and bustle of London. “The major challenge was making the spa feel like it is not below ground and a separate destination to the Residences and 45 Park Lane,” explains Steven Blaess Head of Interior Design, Clivedale London. 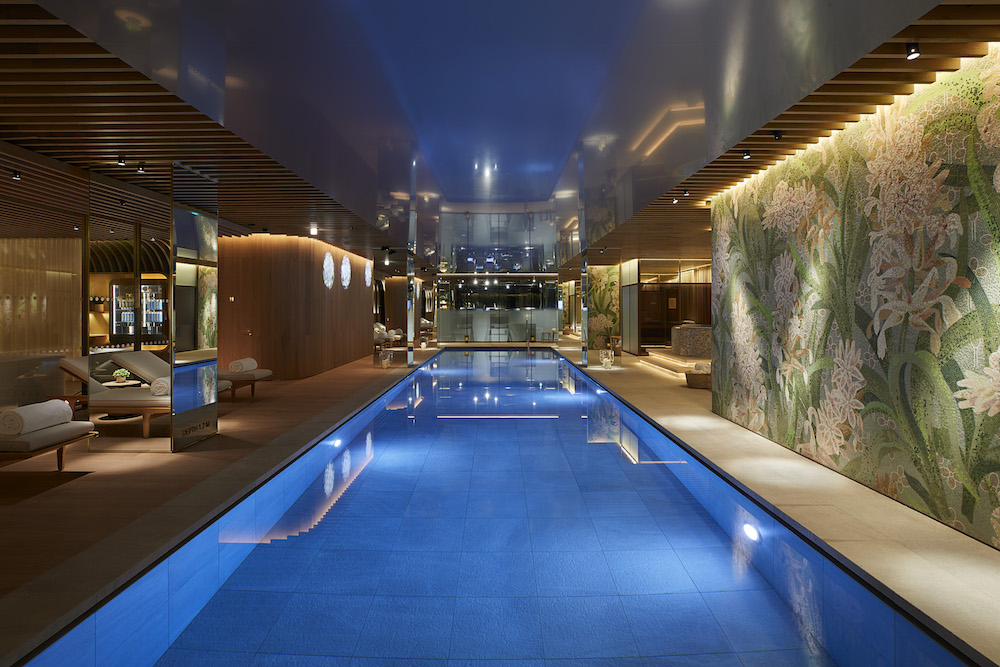 Image caption: The Spa at 45 Park Lane is a botanical dream designed by Joubin Manku. | Image credit: The Dorchester Collection.

Its clever design utilises space while allowing guests the pleasure to meander through wellness and wellbeing heaven, where the walls are adorned with hand-placed mosaic tiles to inject a sensitive nod to biophic design and where the length of the pool is (almost) endless, by Park Lane’s standards at least.

But with any underground spa comes the challenge of light. “The intention for the spa spaces was to create a sense of calmness and tranquillity,” says Blaess. “The subtle glistening of light onto the glass mosaics is a reminder of water droplets on foliage. Dappled lighting was dispersed to help create the illusion of walking through a leafy canopy of light.” 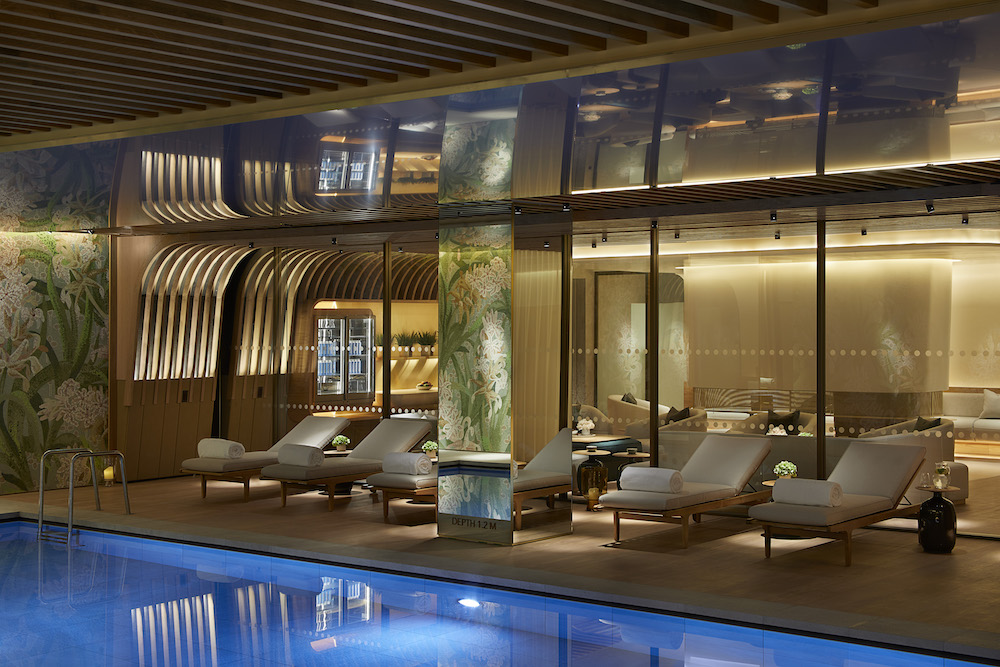 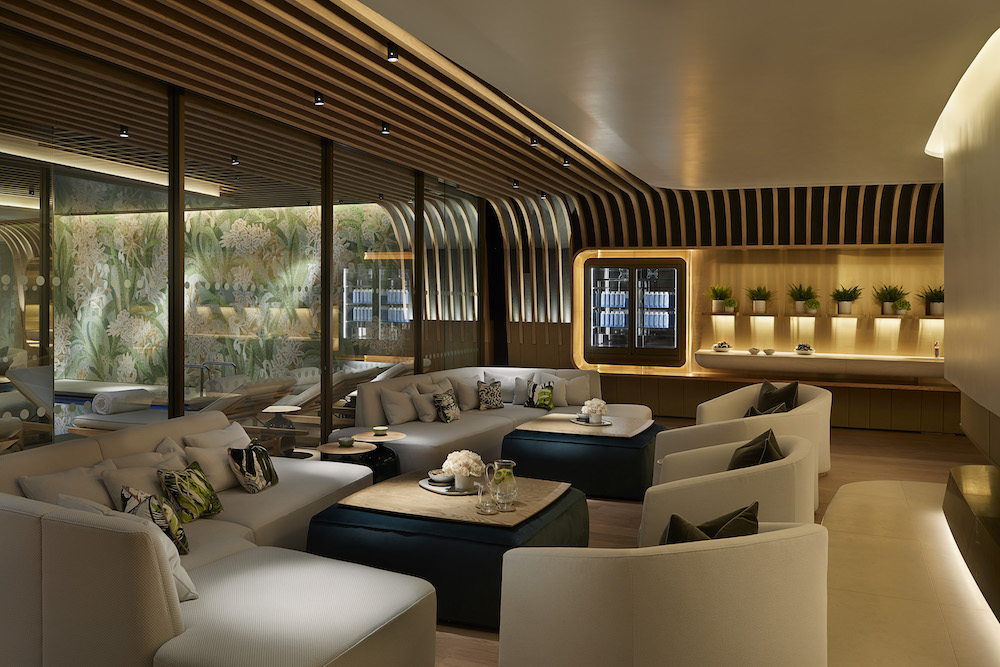 image caption: One of the major challenges for the team designing the spa was lighting, which they overcame with a savvy lighting scheme together with the use of natural materials. | Image credit: The Dorchester Collection

I’m told that Manku, when taking on the project, conducted a brief study of other spas in central London and what was missing from all was a sense of nature and connectedness. “These other spas were usually designed with hard architectural materials and more formal in their layout and approach, adds Blaess. The important thing for the spa was to address both the 45 Park Lane guests link and the residences direct access, without making one or the other less important. It was about creating a unique yet somewhat separate experience for both.

“The Spa Lounge, for example, is the hub of the entire level, where people want to naturally either start their journey or end their spa experience, relaxing on over-sized sofas and armchairs set around a central feature fireplace. Visual glimpses onto the swimming pool provide a connection to water while also providing swimmers with privacy.”

The overriding theme and concept developed by Manku was a connection to Hyde Park and therefore bringing into the interiors natural references of leaves, native grasses and wild flowers. “The glass mosaics were conceptualised by Manku to reference a liberty-style, decorative design pattern, that were successfully mass manufactured as part of the Industrial Revolution,” adds Blaess. “The glass mosaics were made in Venice with one of the regions oldest family mosaics manufacturing companies.” Natural feeling timber was also used to reference woodland trees on wall and ceiling slatted panels with leaves, grasses and native wildflowers designed into the glass mosaics.” 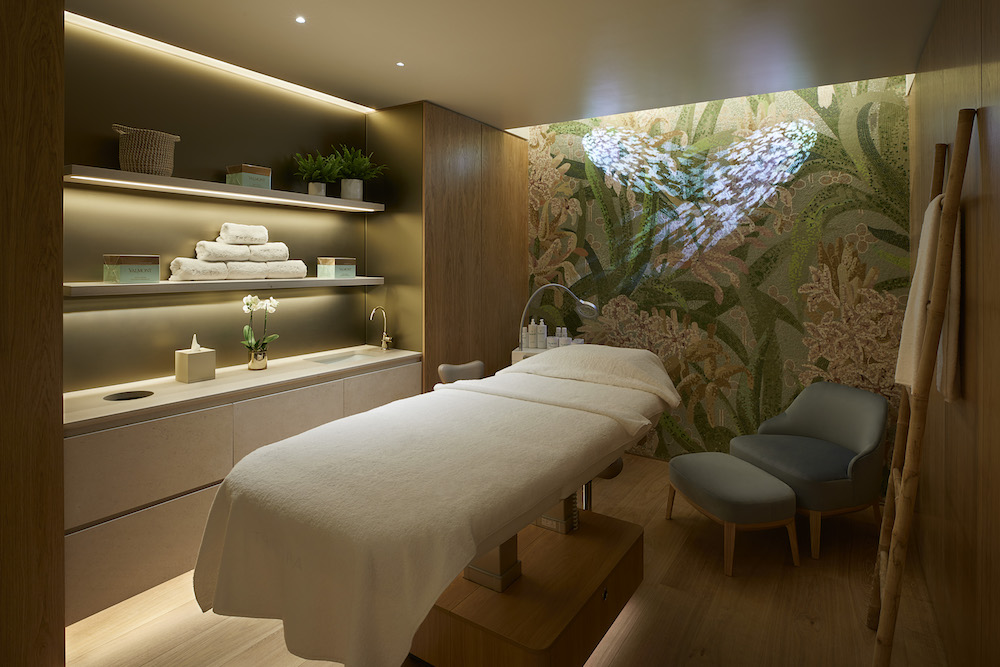 Image caption: The hand-placed mosaic tiles are a unique theme throughout the spa areas that inject biophilic design into the space. | Image credit: The Dorchester Collection

The Spa at 45 Park Lane is undisputedly beautiful, but I would go one step further. The addition of the spa inside the hotel has actually elevated the entire hotel experience for guests checking in. Pre-spa era, the hotel’s rooms and suites were aptly stylish, timeless and complete with their own details (as you would expect from a hotel within the collection). While these areas continue to marry together a voguish collection of art with a distinct 1920s soul that comes through in the interiors, many modern travellers feel as if a luxury experience is not absolute without a destination spa to match. Interestingly, for me, the spa has put more of a focus on wellbeing. As such, even the bathrooms, which always have been beyond perfect – complete with walk-in showers, sumptuously deep baths and hidden TVs in the mirrors, now feel that much more special. 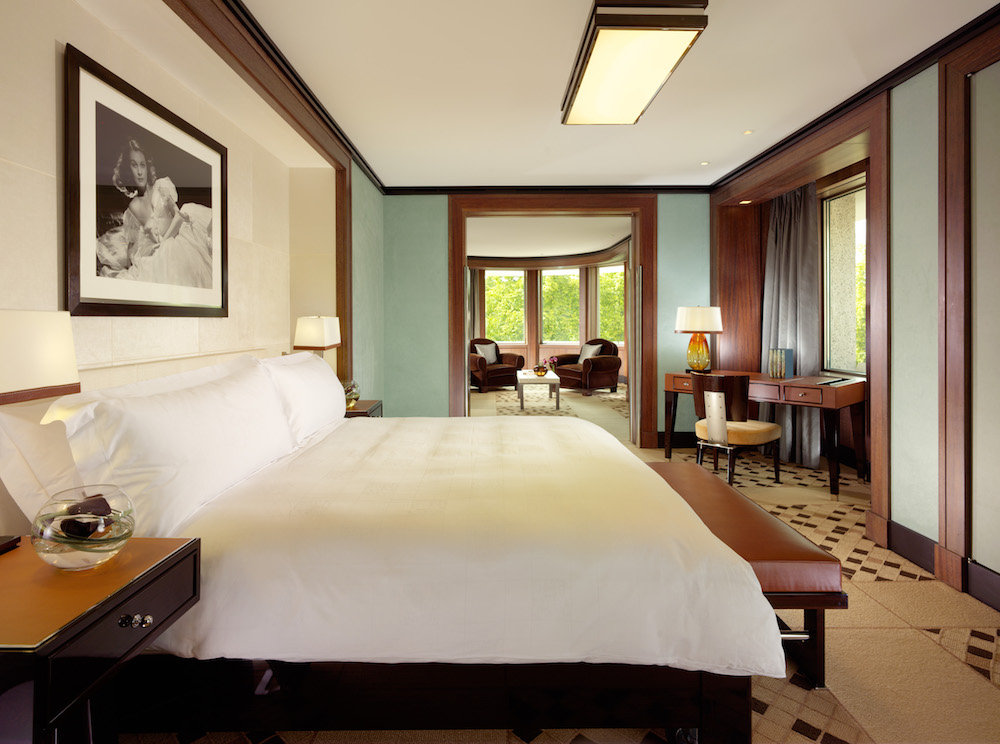 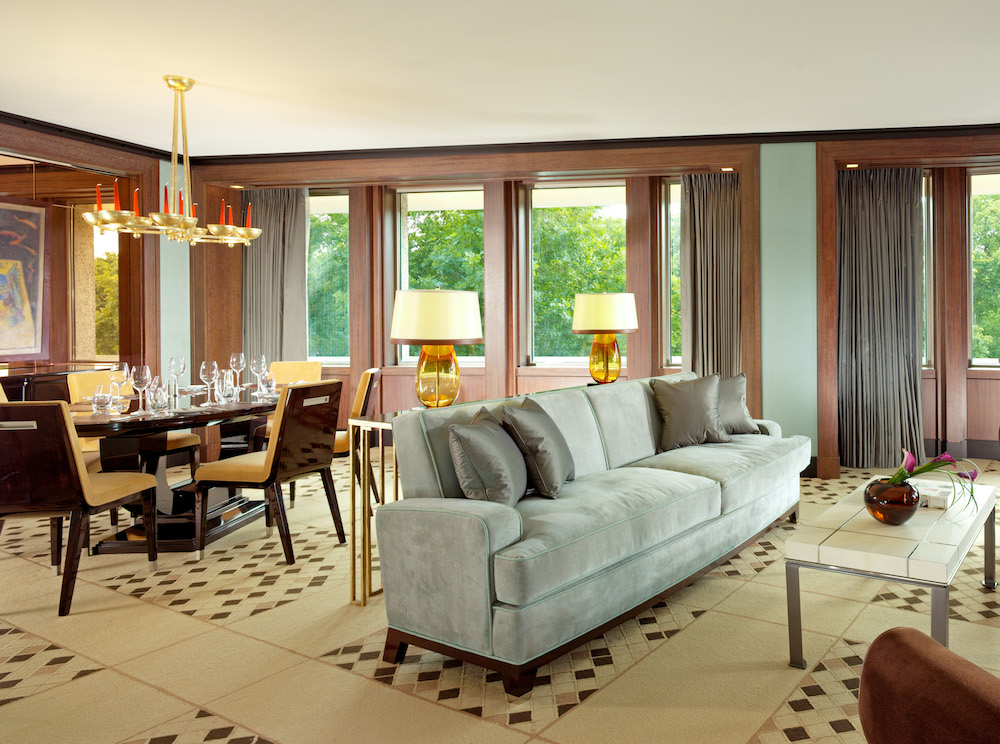 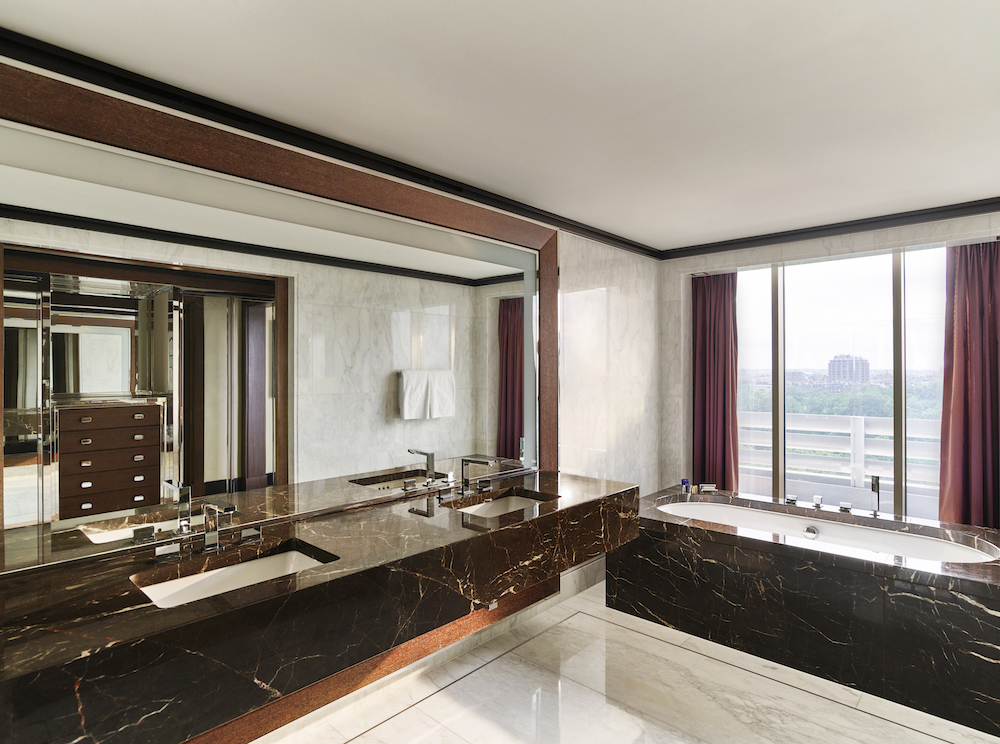 As with all good and meaningful renovations, there wasn’t anything particularly wrong with the hotel before. However, the addition of the spa has, I believe, helped keep 45 Park Lane on the radar of luxury travellers by offering an experience unmatched by any other hotel on Park Lane.

Today, as the hotel re-opens up to welcome a new chapter of hospitality – one where the demand for wellness is and will remain off the scale – the existing hotel that shelters timeless decor remains an invigorating blend of art and landmark architecture in the middle of classical London. The spa feeds the demand of luxury travellers, while also cleverly staying true to the Dorchester Collection’s undisputed hospitality style.