Editor Checks In: Colouring outside the lines, searching for creativity 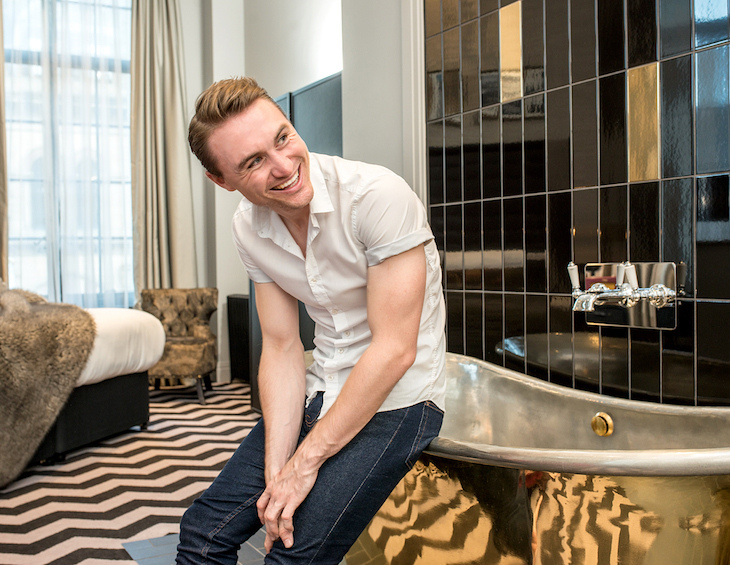 Casting back to a two-dimensional art classroom, editor Hamish Kilburn has a few confessions to make regarding the creativity of his sketch book before rekindling his relationship with art in design…

As someone who regularly rushed his art homework in blue biro ink at the back of the school bus, reserving a seat in detention in the process, I am a disgrace to art enthusiasts everywhere. I had no time for the subject, or its storied history. Patience didn’t come naturally to me or my teachers. As far as they were concerned, there were two types of people in the world: people who could draw life-like hands to not look like Monster Munch on a portrait and people who couldn’t. In hindsight, though, I am regretful for not digging beneath the surface of the subject and for not paying more attention. I realise now that I would have loved learning about the likes of Van Gogh, Andy Warhol, Claude Monet, Pablo Picasso, Edvard Minch and other hall-of-famers.

12 years later, I am writing about the very topic that made my eyes enthusiastically roll with disinterest when presented with the next homework assignment. Still unable to draw or paint anything to resemble anything or anyone, the ink from my biro-infected Year-9 art book has run into my career; its stain is in every hotel I review, every feature I commission, every conversation I have, and now even in one of my editor’s letters. The fact is, art is unavoidably everywhere. It is adding texture and meaning to the beautifully painted picture of an industry that refuses to colour within the lines and that is not afraid to veer off into new lanes in search for creativity.

This month, I attended my first ever fashion show, which is shocking considering creativity in interior design and architecture very often derives from unconventional threads in fashion. But the reality of manning the editorial desk, scrutinising which envelopes are necessary to open and which should remain sealed, quite often results in me avoiding the noise amplified through London’s landmark during London Fashion Week. That is until now.

“It was a fantastical depiction of a partnership between two worlds that often meet, art and fashion, but rarely hold hands in public.”

Having finally joined the stampede of fashion week, the first theory of the fashion world I crushed into a myth was being ‘fashionably late’. Unapologetic to the stragglers, the lights went down at 6.30pm on the dot to signifying the show starting, as we were pre-warned on the e-invitation. The perfectly timed, choreographed performance of artistic frocks commenced – and a late arrival would have almost certainly ruined the atmospheric mise én scene, as well as ones captured point of view.

Everyone’s eyes in the high-ceilinged lobby inside Sofitel St James London were fixed to the centre of the room. Detaching the audience from their day-to-day deadlines, the models marched forward, one by one, to showcase a moment. It was a fantastical depiction of a partnership between two worlds that often meet, art and fashion, but rarely hold hands in public.

It was the work of French artist Stephane Koerwyn who put these colourful pieces together, delicately connecting the stylish similarities between the two industries and creating a new layer of design in the process. Bright, colourful and bold dresses made from Aluminium illuminated the catwalk to celebrate the sustainability movements in both territories. We were able to appreciate the pieces in motion before they were displayed as statues throughout hotel in an exhibition of the artist’s work, which is now on display until June 2020. 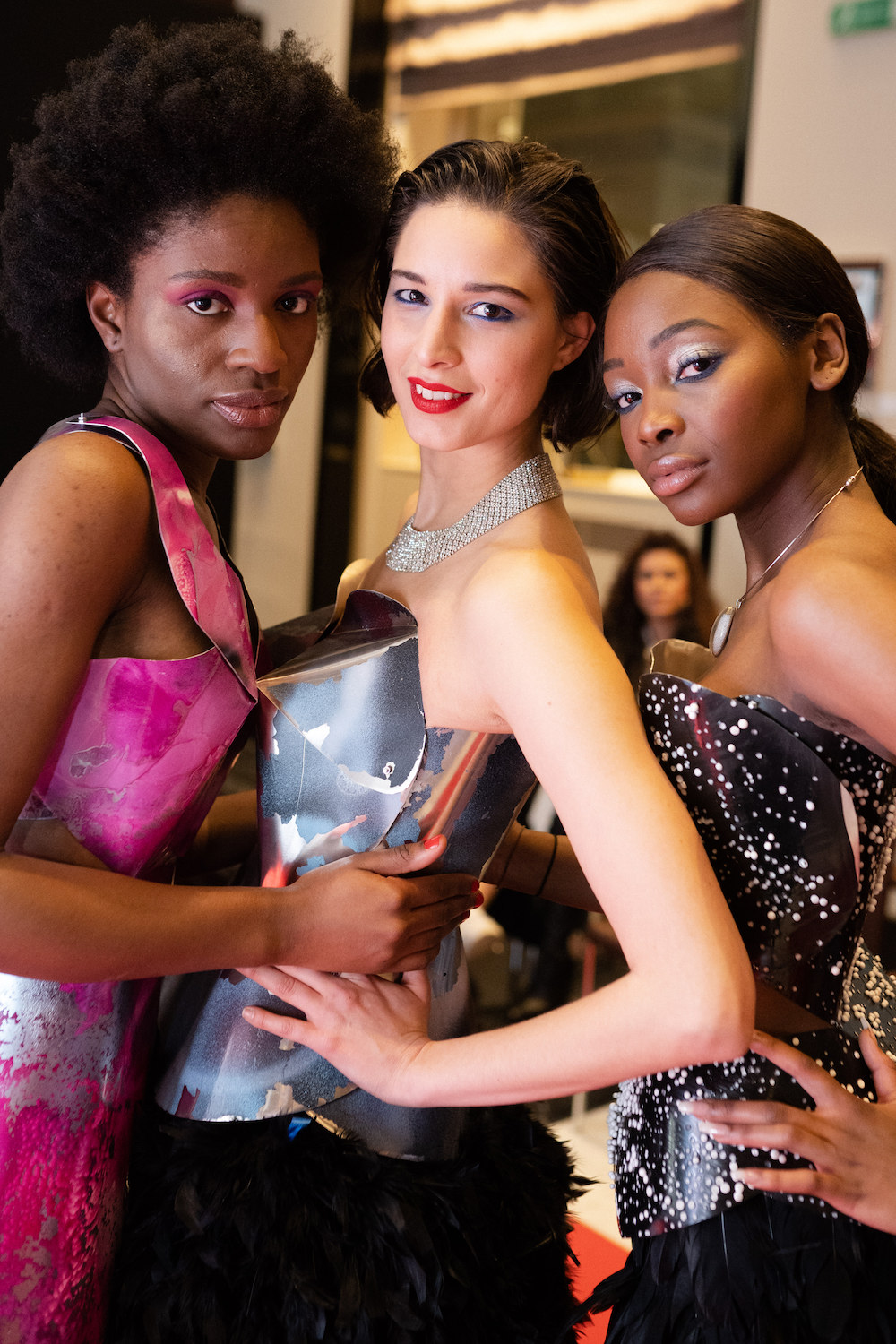 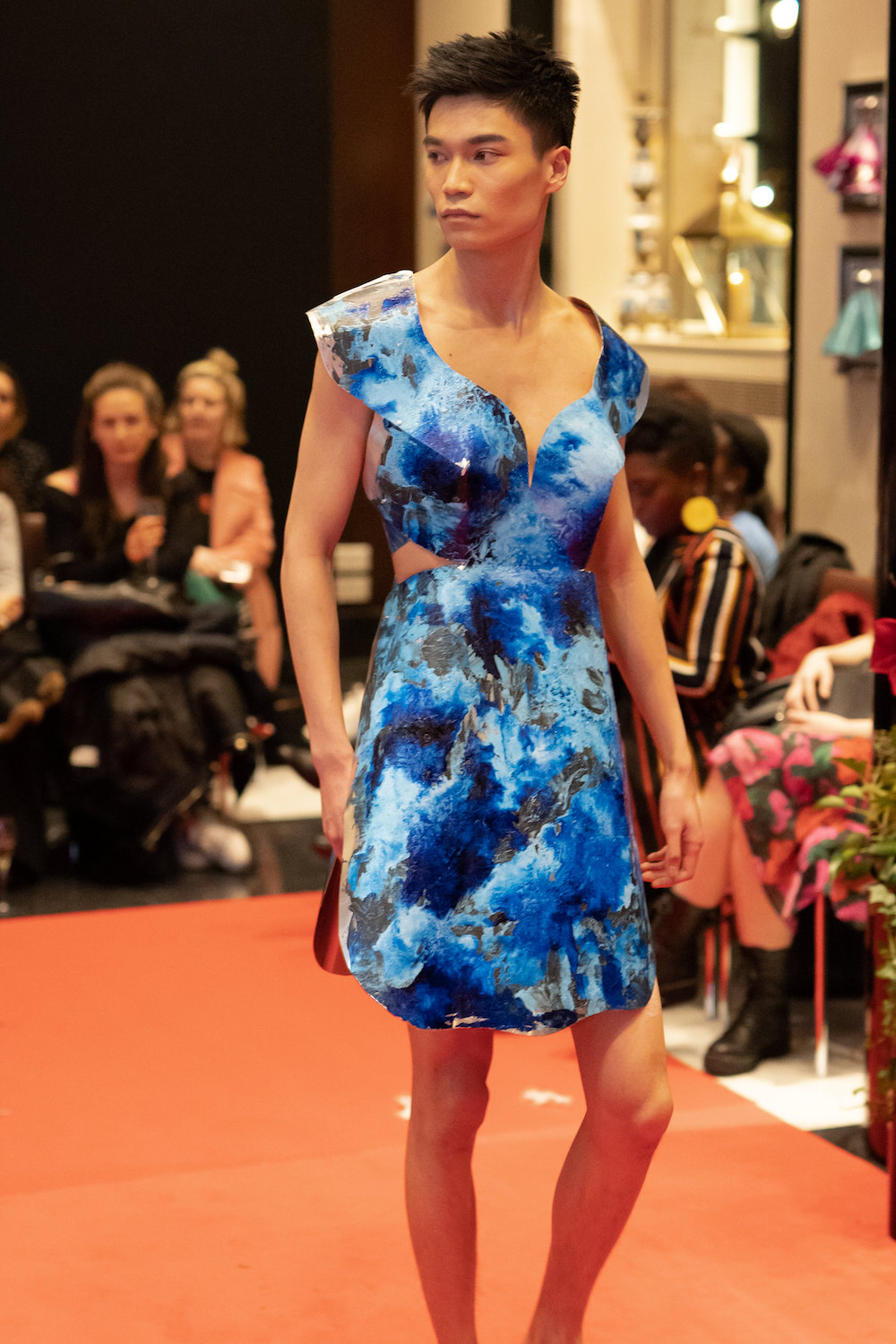 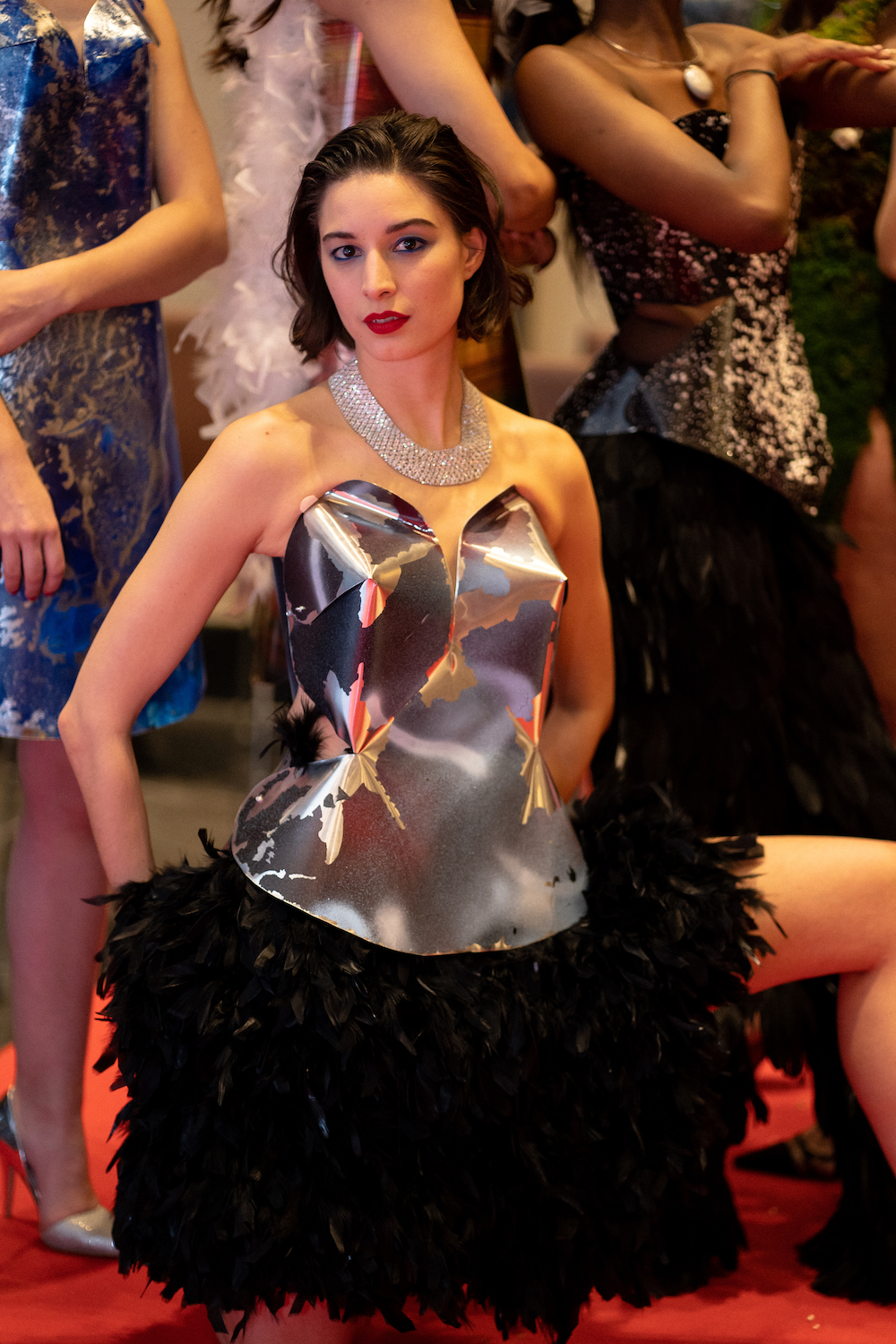 Koerwyn is not the only creative who isn’t afraid to cross boarders into other industries. In all corners of our endless industry, designers and artists are raising the ceiling and filling the space with more iconic, standalone statements. Hotel Le Coucou, which I recently reviewed in the French Alps, is the brainchild of Pierre Yovanovitch – a former fashion designer – whose injection of houte couture interiors, has taken this slope-side 56-key luxury boutique to new heights of creativity where bear chairs, emoji-themed plates and ice-cube lighting become genius layers in luxury design.

Meanwhile, meaningful collaborations between suppliers and designers continue to catapult innovation in material, style and wider in design. A few years ago, a collaboration between sportswear brand Odlo and Zaha Hadid Design (ZHD) went under the radar of most designers. But in reality, it was a remarkable ‘two heads are better than one’ approach that led ZHD to vastly improve the form of a conventional sports ‘baselayer’, with new technology allowing the companies to create a seamless garment that adapted with the body.

Only last year, at Sleep & Eat 2019, Laufen’s A New Classic was launched. The collection of bathroom products and furniture was the unrivalled result of a partnership with Marcel Wanders, who further pushed the boundaries in bathroom design and aesthetics to create a collection that confronted gender. At the same time, Roca unveiled its next collection of timeless bathroom gems with fashion brand Armani and furniture brand Benchmark worked with architecture legend David Rockwell to transform the workplace with a new, ergonomic table.

Even as we speak, commercial furniture brand Morgan, known and respected for its carefully aligned collaborations, is (I am told) working on its next partnership that will be unveiled at Clerkenwell Design Week 2020 in May.

Before that, lighting brand Chelsom, which was recently specified in Riggs Washington D.C. and Great Scotland Yard Hotel, is preparing to light up a new collection of lamps, pendants and chandeliers that has been inspired by two years of thorough research. Meanwhile, luxury Italian furniture brand Minotti is weeks away from raising the curtain on the 2020 – 2021 collection of luxury indoor and outdoor furniture, inspired, no doubt, by the family’s travels and evolution of public spaces in hospitality.

As the list of conscious collaborations continues to grow, Hotel Designs is inviting the industry to celebrate creativity in all its colours at Meet Up London. Taking place on May 13, at the Minotti London showroom, our spring networking event will further bridge the gap between designers, architects, hoteliers, developers and suppliers with conversations like no other. Above all, though, we promise to inspire all avenues of creativity, even if that means colouring outside the lines from time to time.

During March, Hotel Designs will be putting ‘Lighting’ and ‘Bathrooms’ under the spotlight. If you would like to contribute to these topics, please do not hesitate to email me.