nhow London opens and Hotel Designs is first in 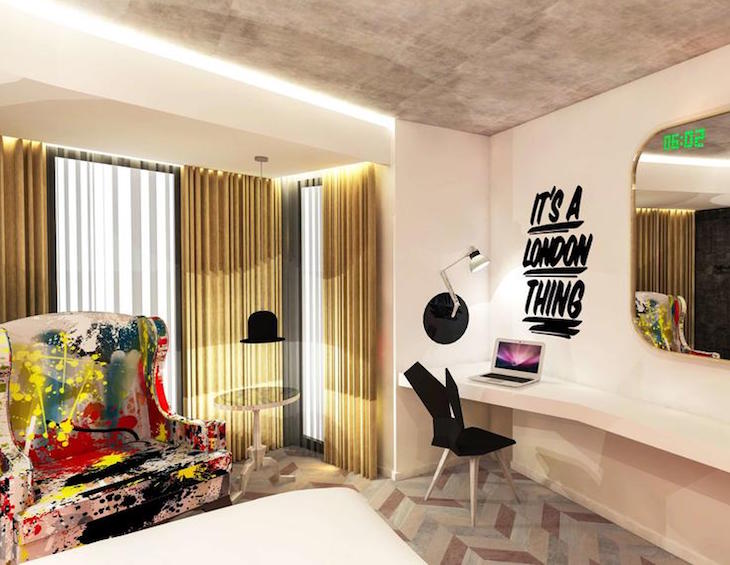 Sensitively designed by The Brit List 2019 accredited firm Project Orange, nhow London has opened in Shoreditch to become a brave and bold accent on the capital’s booming hotel scene. Editor Hamish Kilburn is first in…

NH Hotel Group has arrived in the UK hospitality arena with the opening of nhow London. The 190-key hotel shelters many contemporary and quirky design statements to frame the interior design theme of ‘London Reloaded’, which was imagined and created by Shoreditch-based design firm Project Orange.

With six properties in Europe, the nhow brand aims to evolve the lifestyle hotel market by surprising and inspiring its guests through unconventional experience and design, which is unique to each hotel’s location. nhow London is part of the exciting new development 250 City Road.

Project Orange has been responsible for the interior design of the project from concept through to completion, and has specified British manufacturers as much as possible throughout the entire project. The ‘London Reloaded’ theme is prominent throughout the hotel with bold and fresh design that takes inspiration from traditional British icons, such as the Royal Family, London landmarks and the underground.

All areas of the have an eccentric and contemporary take, with stand-out features including a Big Ben rocket sculpture in the lobby, tables in the ground-floor restaurant Bells and Whistles featuring cockney rhyming slang and oversized gold bell lights, a reminder of the city’s famous church bells. 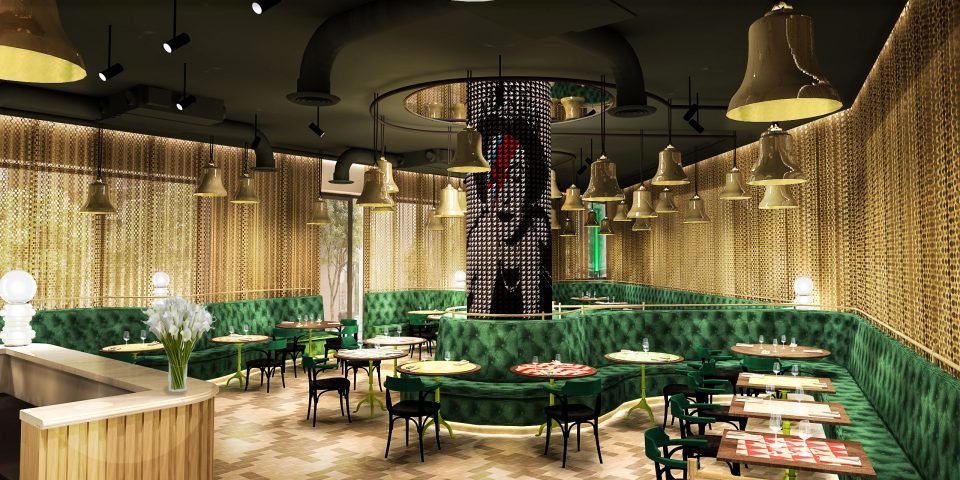 Upstairs, the corridors have been designed to reference a walk in a typical London park. Featuring eye-catching designed HD carpets by Brintons, as well as colourful ‘townhouse front door’ style doors, this area of the hotel, which can all too often feel stale and unforgotten, has been brought to life with humour. Each floor, facing the lifts, features a stencil of a bike chained to a fence. As guests move up each levels of the hotel, another part of the bike is removed, which is a playful nod to the reality of most, if not all, for cyclists in the city.

As with all NH Hotels, everything in a nhow London is pleasingly unexpected. The nhow experience has arrived in London as the brand continues to make its mark on the European hotel scene.