Hotels that are self-isolating in style (Part 1)

While the entire world is feeling the effects of COVID-19 pandemic, Hotel Designs is here to start your week with some stunning hotels that are naturally self-isolating in style. Editor Hamish Kilburn emerges from his quarantined slumber to write part one…

In uncertain times, it can become easy for designers and architects to lose focus on a creative vision.

The outbreak of the recent coronavirus COVID-19 is taking its toll on all creative industries, and has resulted in a number of major events, such as Independent Hotel Show Amsterdam, Hotel Summit and Salone Del Mobile Milan, to postpone all activity until later in the summer.

With the aim to simply lift spirits and steer those who are lacking Monday motivation back on course, here are a handful of remote hotels that will allow you to escape from the madness, even if it’s for just a minute. 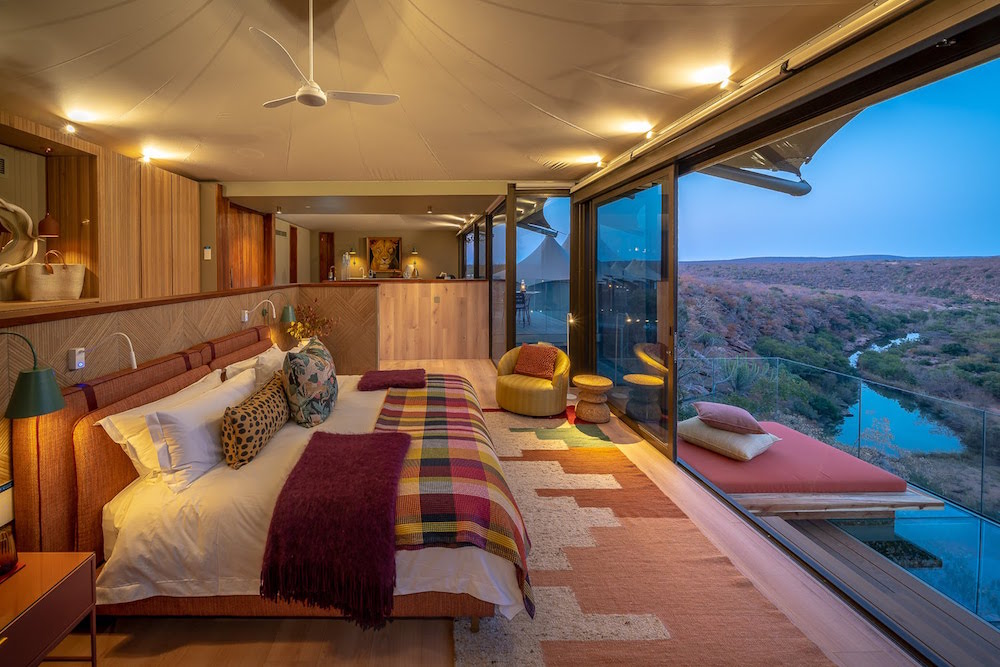 Lepogo Lodges is the very first luxury camp in Africa to offset the carbon footprint of every visiting guest, from the time they leave their home to the moment they return. Family-owned and operated, the project has been developed as part of a life-long dream to create a sustainable conservation legacy in Africa, with 100% of any financial gains made re-invested back into the reserve for the benefit of wildlife, conservation and the local community. Arnaud Zannier’s inspiration for Zannier Hotels Sonop’s design was conceived during his very first trip to the site and first view from the top of the boulders. Arnaud recognised that he had been fortunate enough to discover somewhere very special, likening the feeling to an old explorer discovering a destination for the first time – hence the property was designed to resemble a 20th Century tented camp for explorers.

The construction process was challenging due to the hotel’s remote location and protected surroundings. All building materials and interiors were manually transported up the huge boulders, by expert craftsmen from Namibia. Zannier Hotels only used a limited number of existing roads to the site, to ensure the human impact on the fragile flora was minimal. In addition, each piece of furniture, including twelve 30kg handcrafted four-poster beds, had to be carried by hand over the rocks and boulders thereby avoiding the use of disruptive machinery.

The project was reported to have cost €60 million, and was the brainchild of chief architect Didier Poignant of Ertim Architects. But the result of the sensitive restoration to transform the traditional Cognac trading house site into a 15,000m2 luxury spa hotel, offering what it was described back then as a “modern take on traditional French luxe”, has given the buildings a new lease of life.

I would go one step further in saying that it has reopened up the destination’s history books, perhaps to a different chapter. In the process, it has added a new contemporary architectural jewel ­­– a rare find in and around the low-level city ­– one that is sensitive to its surroundings. 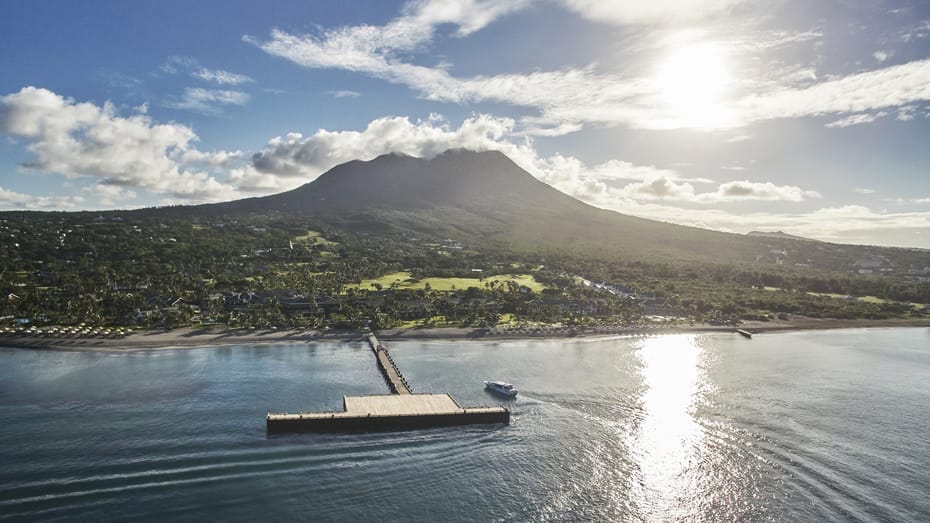 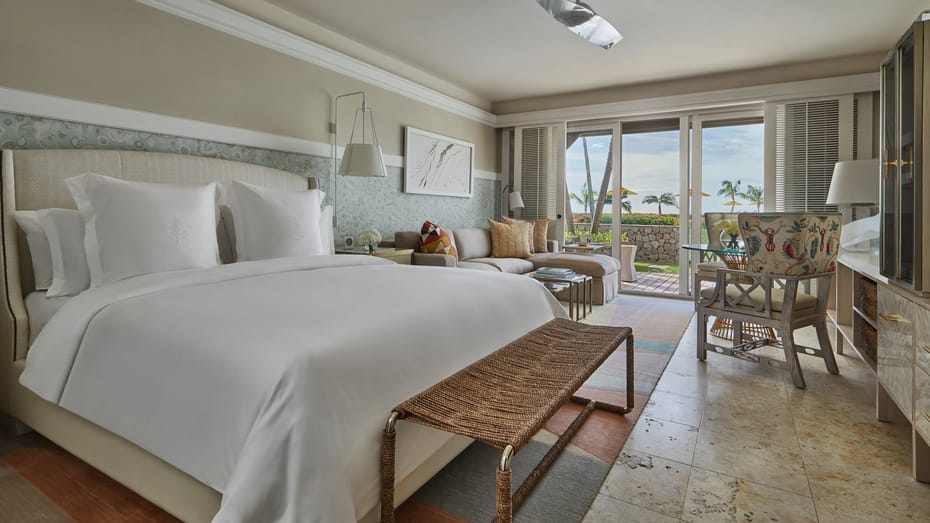 Recently, the Four Seasons hotel underwent a complete renovation, which was led by TAL Studio. The hotel is situated on the pristine beaches of the remote Caribbean island where building regulations state that no building is allowed to be taller than a palm tree.

The hotel’s latest chapter of renovations includes the redesign of the resort’s main signature pool, construction of a new restaurant concept – On the Dune – that extends out on to the sand and the unveiling of additional improved spaces around the property for guests to enjoy a variety of new experiences and amenities.

The Farm at Cape Kidnappers is just that: a working farmstead of arable land and sheepherding, poised on the edge of a scenic bluff on North Island’s east coast so dramatic, idyllic and untouched that the views – and best enjoyed from the outdoor swimming pool or Jacuzzi. The hotel’s design is one that is considered to blend in harmony with the natural beauty of the area.