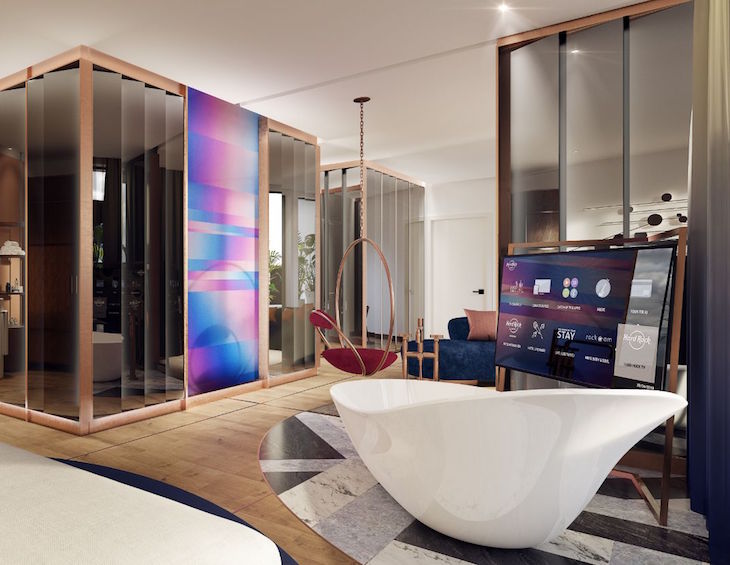 Sheltering all the ingredients to make an exceptional lifestyle hotel, Hard Rock Hotel Madrid marks the brand’s debut property in a Spanish city. Located at the Golden Triangle of Art in the Spanish capital, the hotel is the newest addition to an international portfolio and compliments the brand’s recent growth throughout Europe.

The Hard Rock International brand is one of the most globally recognised companies with venues in 68 countries spanning 239 locations. The group’s hotel portfolio has properties in Asia, North America, South America, The Caribbean, the UK and Europe. Following the launch of Hard Rock Hotel London, – and ahead of an expected touch-down in Budapest – the brand’s latest arrival is in Spain’s capital, Madrid.

“Hard Rock Hotels has always felt very in tune with the vibrancy and spirit of Spain. It is one of the reasons we introduced the brand to Europe with Hard Rock Ibiza in 2014, followed by our Tenerife hotel shortly after” said Dale Hipsh, Senior Vice President of Hotels, Hard Rock International. “As our first Spanish city hotel, Hard Rock Hotel Madrid brings a distinctly different personality to our beach resorts. Our guests will discover art, music, history, culinary excellence and culture at their fingertips – all brought together through Hard Rock’s curated and entertainment-infused hospitality.” 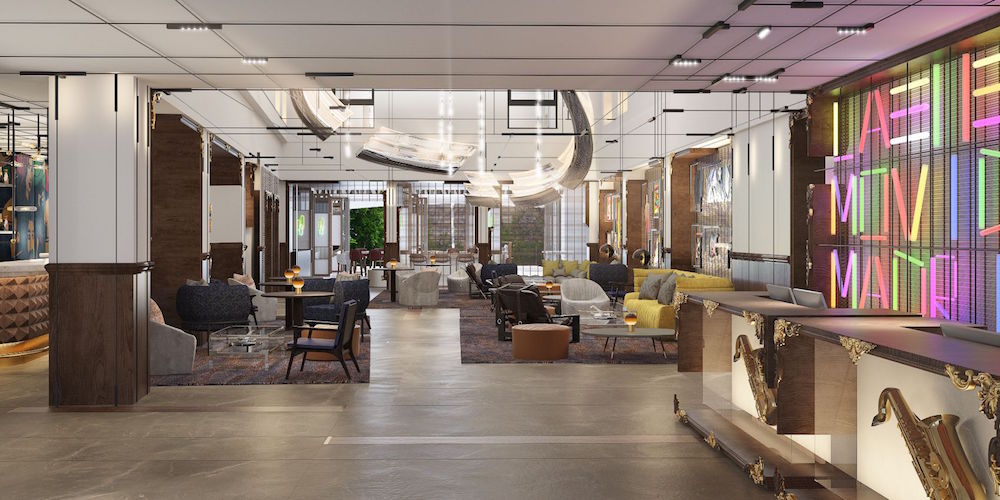 The new hotel caters to both business and leisure travellers, with 161 contemporary rooms and suites (from 18 sq. metres) offering diverse views, so guests can take in the lights of Madrid, or retreat from the city with a room overlooking the lush garden. Additionally, over 2,000 sq. metres of event space including garden and rooftop venues set the stage for world-class immersive events.

At the heart of the property, guests will find a dramatic architectural hanging guitar sculpture above the welcoming, amber-hued sofas of the lobby. Vibrant artwork is featured throughout the hotel, including a life-size pink ‘Las Meninas’ adorned with Rosalía lyrics, inspired by Diego Velázquez’s masterpiece hanging in the Prado Museum and mural in GMT+1 bar inspired by the La Movida movement in Madrid.

The colourful artwork is complemented by a thoughtfully curated memorabilia collection that showcases Madrid style and culture, as well as international music legends. Hard Rock Hotel Madrid is now home to over 70 pieces of memorabilia, with notable pieces including an acoustic guitar from Madrid-native singer-songwriter, Antonio Vega; blue denim jeans outfit worn by Elvis Presley during an NBC TV special in 1968; and platform boots worn by David Bowie.

The property’s premier location in the Triángulo de Oro del Arte, is surrounded by the Reina Sofia National Museum, the Prado National Museum and the Thyssen-Bornemisza National Museum. Within walking distance, guests can explore the historic art nouveau train station (Atocha), the Royal Botanical Garden, and the charming Lavapiés and Embajadores neighbourhoods.

The hotel will be a draw for travellers and locals alike as it is home to unique bars and restaurant concepts including the brand’s signature restaurant Sessions, with interiors by Rockwell Group, and RT60, a spectacular rooftop bar offering craft cocktails, a jamón carving station with cheese and unbeatable 360-degree views of the city to the beat of live DJ sets. Sessions, with its open and airy terrace, overlooks the hotel’s garden and serves a unique take on classic Spanish cuisine with unexpected culinary delicacies on the menu, whilst the GMT+1 lobby bar offers drinks and light fare throughout the day. The Green Room, a private chef’s table serving an exclusive menu to no more than six guests is set to open in September. 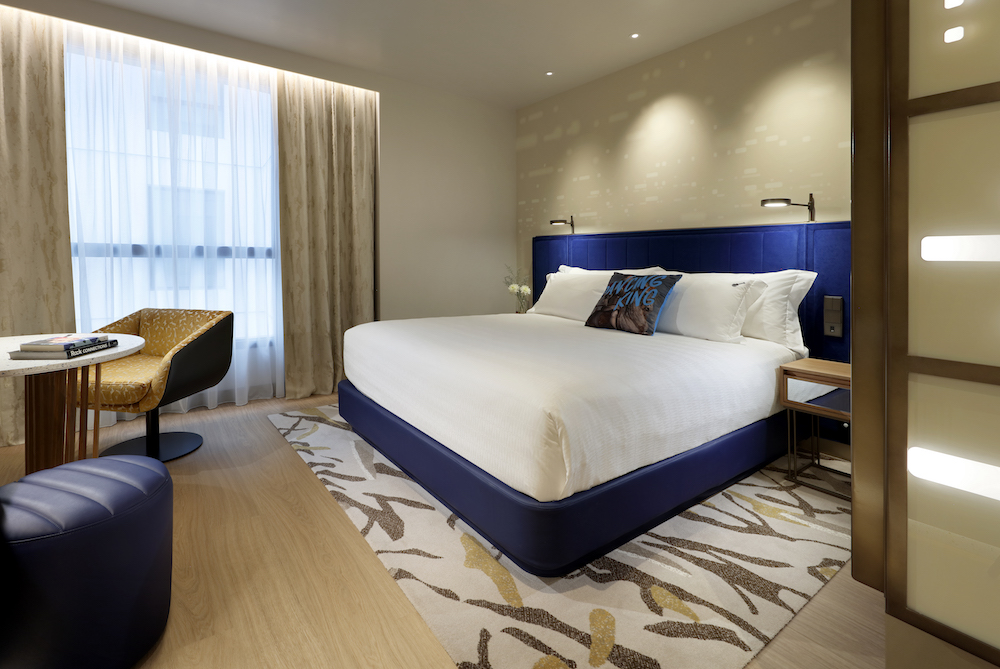 Lifestyle consultant and international restaurateur, Maria Font Trabocchi, has played a crucial role in bringing the gastronomy at Hard Rock Hotel Madrid to life with her distinct Spanish spin. As the woman behind, Fiola, Fiola Mare, Sfoglina and Del Mar in Washington D.C. and across the United States, Maria has built a career’s worth of successful restaurants based on excellent quality and hospitality.

“I am honoured to be working with Hard Rock Hotels to bring my knowledge, experiences and personal take on restaurants to the capital of my home country,” said Trabocchi. “The hotel is incredibly well-located, and we are confident that it will soon become a social hub and meeting spot for residents in the city as well as visitors. The restaurants offer beautiful surroundings, the food is vibrant, and we look forward to the chef breathing his own emotion and energy into the restaurants now the hotel is officially open”.

The property also encompasses an outdoor swimming pool, Body Rock® fitness centre and Rock Om®, which fuses the ancient practice of yoga with the rhythm of a custom DJ-curated soundtrack for complimentary, in-room yoga sessions.