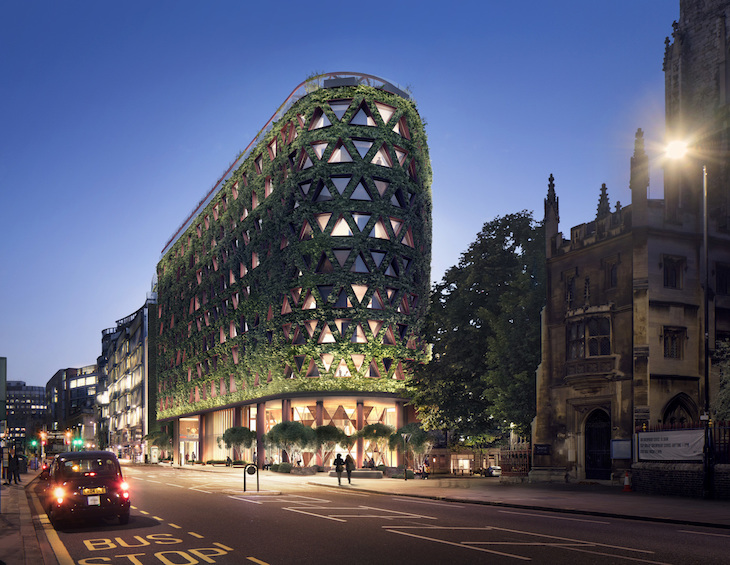 Set to radically change the city’s landscape and add to its eco hotel offering, hotel developer Dominvs Group and architecture firm Sheppard Robson have submitted permission for a living wall to be the façade of a new London hotel, with the aim to absorb more than eight tonnes of the city’s gaseous pollution each year…

Following Hotel Designs publishing the results of a new study that showed that 76 per cent of guests believed that hotels could be greener, the architecture firm of a new development in London has submitted planning permission to include 40,000ft² as part of its exterior shell.

The hospitality-led, mixed-use project designed by Sheppard Robson for Dominvs Group is characterised by one of the largest green walls in the world, creating a distinctive architectural addition to a gateway City site, while absorbing eight tonnes of pollution annually and setting the standard for urban greening in London.

Radical plans have been submitted to the City of London to create a 382-key five-star hotel, featuring the vertical landscaping, as well as 40,000ft2 of workspace, a sky-bar on the tenth floor, meeting and events space, spa and ground level restaurant and co-working space. Situated on a prominent site on Holborn Viaduct at the gateway of what will be the City’s “Cultural Mile,” the proposed building creates an opportunity to broadcast fresh ideas about how the built environment can address pertinent issues such as air quality, climate change and air pollution. 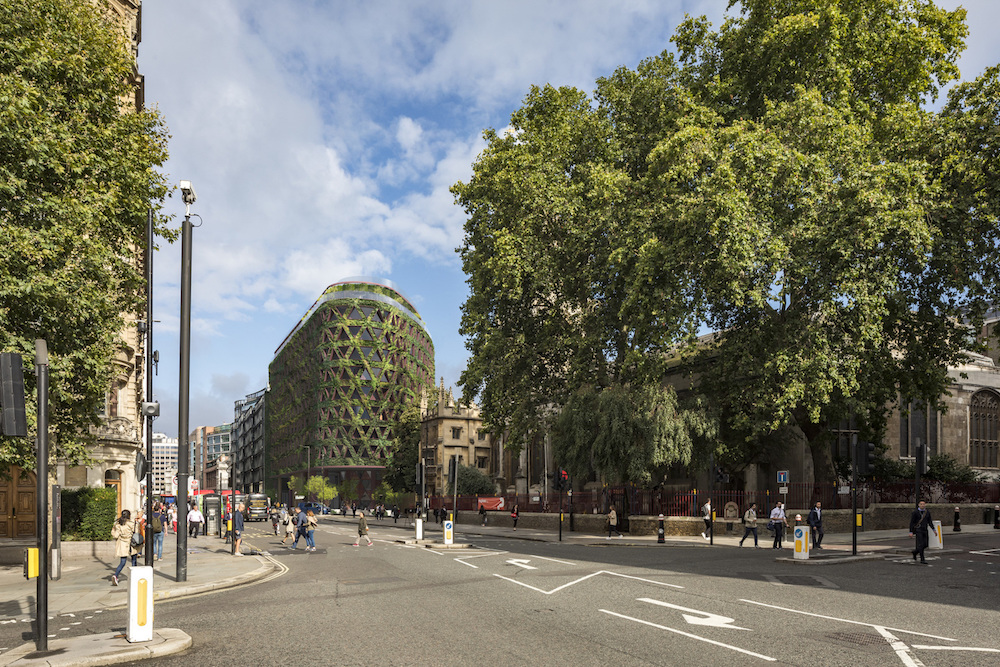 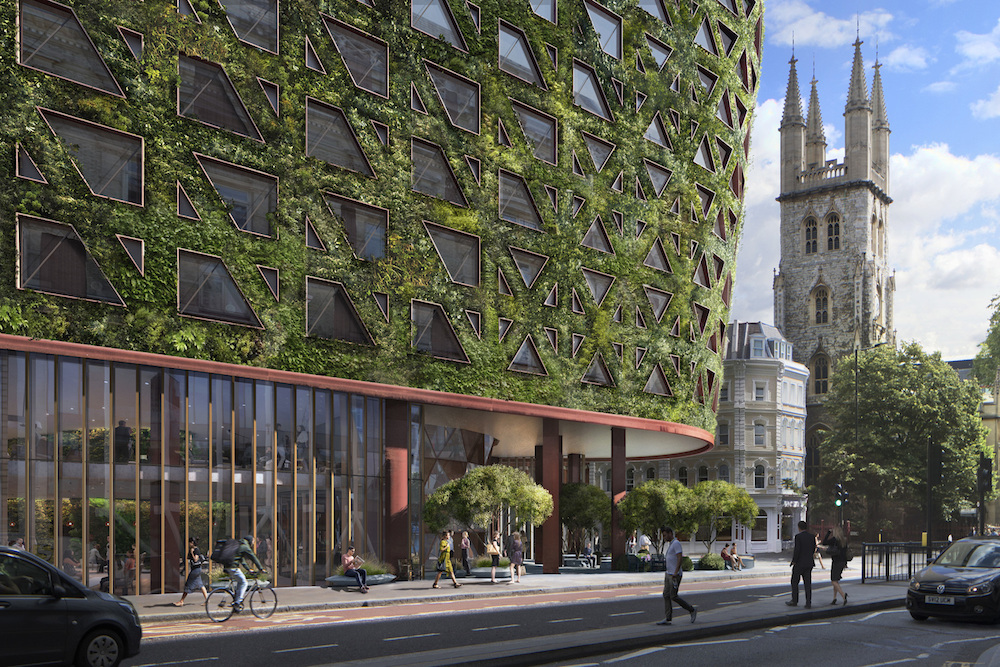 “Dominvs Group is incredibly proud of our proposals for 61-65 Holborn Viaduct which aim to play a major role in the regeneration of the Smithfield area,” said Jay Ahluwalia, Director of Dominvs Group. “With the City of London’s vision for the area and the creation of the Culture Mile, we feel this project will support and enhance the overall ambition for this exciting, new cultural destination as the creative heart of the Square Mile.”

“The wall will also significantly contribute towards improving local air quality, by trapping approximately 500kg of particulate matter (PM2.5 and PM10) per year.”

Coming after our successful opening of The Dixon at Tower Bridge and the recent breaking of ground at Creed Court, St Pauls we hope our proposals demonstrate our ongoing commitment to providing developments of the highest quality in Central London. We also believe the building’s proposed Living Green Wall, the largest in Europe, could be an exciting, innovative and celebrated addition to London for years to come.”

By integrating 40,000 square feet of living wall within the façade, the building is projected to annually capture more than eight tonnes of carbon, produce six tonnes of oxygen, and lower the local temperature by three to five degrees Celsius. The wall will also significantly contribute towards improving local air quality, by trapping approximately 500kg of particulate matter (PM2.5 and PM10) per year.

The development also includes new public green space, with the roof-top viewing gallery on the eleventh floor open to the public and featuring incredible views overlooking St. Paul’s Cathedral, the Grade I listed Holy Sepulchre, and over the city beyond. At roof level, the greenery continues to wrap around the building, with spaces designed for threatened native wildflower species to flourish.

Dan Burr, Partner at Sheppard Robson, said: “On a site that is so prominent, there was a real drive to inject some fresh perspectives on how to grapple with some on London’s most urgent environmental issues, including air quality and noise and dust pollution. Rather than having an isolated patch of greenery, we felt that an immersive and integrated approach would have the biggest impact on the local environmental conditions and making a better and more liveable city, as well as articulating a clear architectural statement.”

Hotel Designs will be exploring the topic of sustainability all next month. If you have story for the editorial team, please email editor Hamish Kilburn.