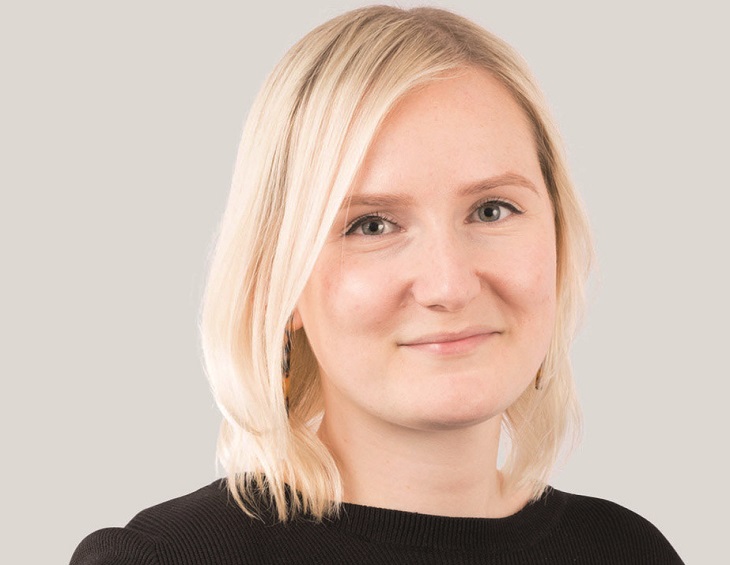 Since becoming a Hotel Designs’ 30 Under 30, Kate Jarrett, senior designer at Scott Brownrigg has completed the Hard Rock Hotel London. Sitting down with editor Hamish Kilburn, Jarrett talks job satisfaction, preferred materials and the challenges that come with being a young designer in 2019…

The early summer vibes are in full swing; the sun is out over the capital and its latest hotel, Hard Rock Hotel London, has arrived.

Upon entering, the hotel is humming with activity. Guests are soaking in the iconic memorabilia hanging on the walls, while locals gather around the bar enjoying a post-work refreshment or two.

The Lobby Bar feels like an apt place to meet Scott Brownrigg’s Kate Jarrett, the senior designer on the project, who earlier this year became a Hotel Designs’ 30 Under 30. “This started with a passion for illustration, something I studied before moving to Brighton University to study Interior Architecture,” she says. “I then started as an interior designer and I haven’t looked back. I have worked across several sectors but my real passion is for hospitality design.”

“We have used drumsticks to create unique lighting over the concierge desk.” – Kate Jarrett

The completion of the new 900-key hotel, which is located a stone’s throw from Oxford Street, is the perfect stage for the designer to amplify what has become a milestone moment in her career. “We drew inspiration from the history of music and specifically instruments themselves, breaking them down in detail seeing how they have been made,” she says. “This was an unusual take on the obvious theme of ‘music’ and we never lost sight of this unique brief in our design. For example, we have used drumsticks to create unique lighting over the concierge desk.” 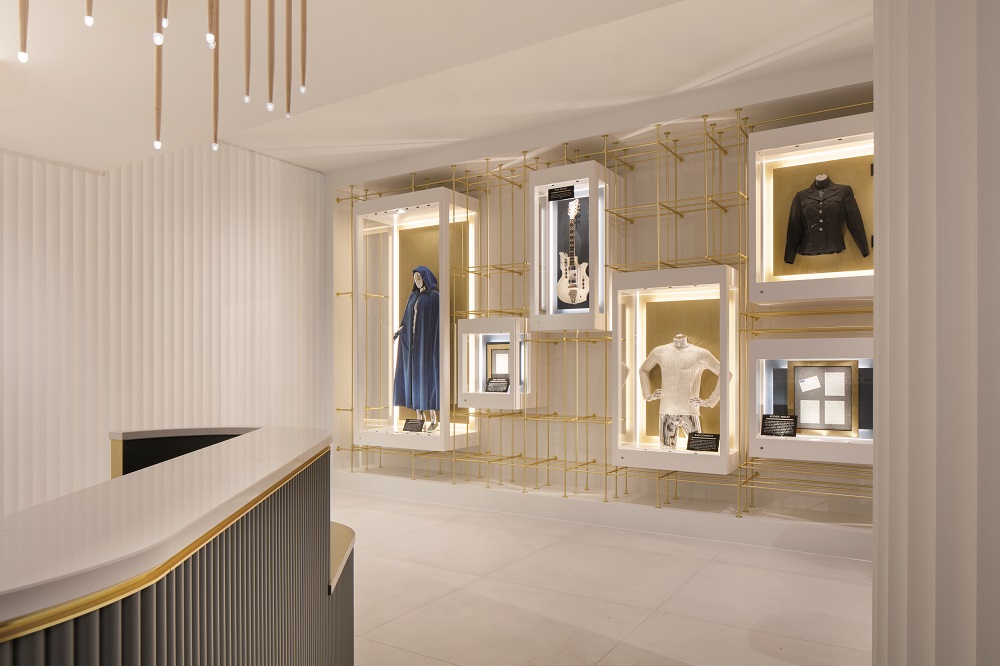 The hotel’s walls are plastered with memorabilia that reference the legacy of legends who stayed in Hard Rock Hotels in decades past, including Jimi Hendrix, Nina Simone, Stevie Wonder, Bob Dylan, Diana Ross and Madonna. Balancing the history and heritage of the brand in a timeless style to avoid cliché moments was the first task for design firm Scott Brownrigg when confronting the motifs that will be sheltered in the new hotel. “We knew we had to represent the Hard Rock brand in an innovative way for the contemporary London market,” Jarrett explains. “The hotel scene here is competitive so we knew we had to create something that tied into London and Hard Rock’s music heritage, while still being completely contemporary.” 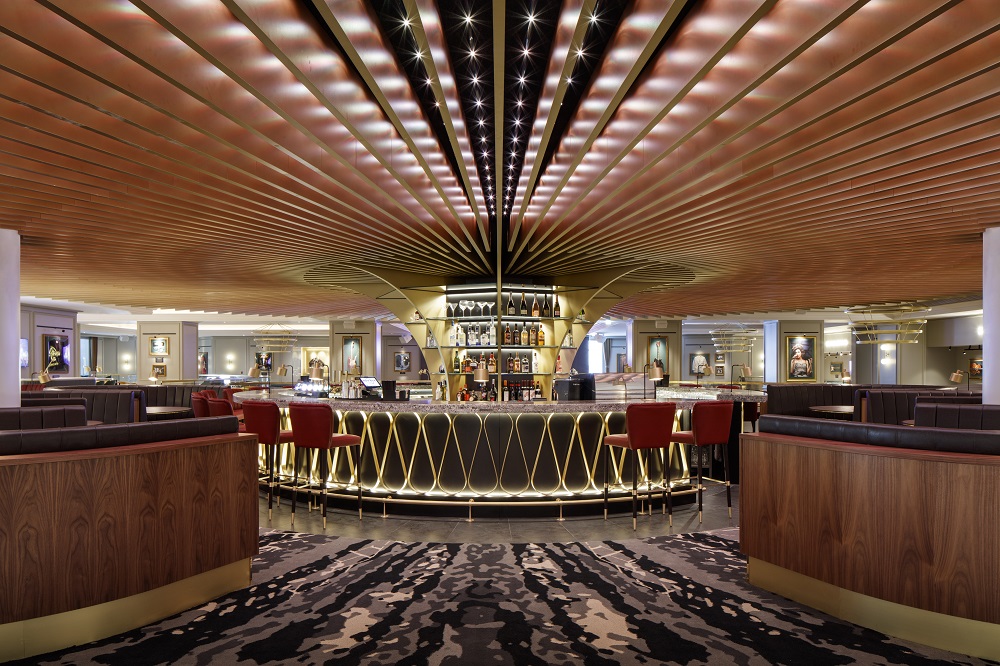 The F&B structure at the Hard Rock Hotel London originally took its inspiration from the original art-deco style ceiling of the Lyons Corner House that original stood on the site in the early ‘90s. “Great F&B and bars are key to the success of a hotel as they offer a destination for non-hotel guests too,” explains Jarrett. “For that matter, the expectations of hotel customers on what they want from the hotel experience has also changed. They want it to feel like a home, workplace and a space to socialise; the brief is more open than it used to be.”

Hamish Kilburn: If budget was no object, what product would you include in a project you are currently working on?
Kate Jarrett: An incredible art collection

HK: Best thing about being a designer in London?
KJ: The constant source of inspiration

HK: Where is next on your travel bucket list?
KJ: Japan – it would be like an experiential mood board. I already have a list of places I want to visit

HK: Where was the last hotel you saw that took your breath away?
KJ: I recently visited the Beekman in New York, and it really impressed me. That central atrium is like something straight out of a 1920s novel.

HK: What does luxury mean to you?
KJ: For me it represents a space that I want to spend time in, a collection of pieces whether its furnishings, art etc. that make me feel like I can sit back and slow down.

HK: What’s the last item that will appear on your bank statement?
KJ: Most likely ASOS… or coffee, as I’m always running around at the moment!

Without a doubt, it’s her ability to let the project do the talking that has made Jarrett the designer she is today. But the challenges of being a young designer in 2019 are far deeper than simply securing projects, or belonging to a leading firm. “London has a lot to offer, however it also means that you have to shout louder, metaphorically, to get yourself heard and to stand out in the industry,” says Jarrett. “Platforms like the 30 Under 30 I find career-affirming as they enable us to get our names out there and really help to showcase the talents of young designers.”

With sustainability arguably as big a talking point as any other at the moment in interior design and trends, Jarrett is insistent, where possible, on using naturally sourced materials within her projects. “I really enjoy working with natural materials,” she says. “Specifically, I like working with the tactile qualities of natural timbers, stones and the effects achieves by a neutral palette.”

“Scott Brownrigg has been really supportive and encouraging with the projects I have worked on.” – Kate Jarrett

At the root of Jarret’s decisions and place in the market is a design firm that has incubated and supported the young designer’s creativity to ultimately develop better places to live, stay and work. “At Scott Brownrigg, we are all encouraged to enrich lives through the environments we design,” she explains. “Scott Brownrigg has been really supportive and encouraging with the projects I have worked on. As a young designer it can be hard to establish yourself in a company, but Scott Brownrigg has really been great at championing me every step of the way. We’re a friendly, social bunch so I have also make some great relationships with colleagues along the way which has really helped.”

Aside from the Hard Rock Hotel London, current projects that Jarrett is working on that on the boards are firm proof that she is anything but a one-trick pony in the race. “We are working on an exciting hotel project in Stratford,” she explains. “This area is having a surge at the moment with lots of new developments, particularly in the hospitality sector. There are also some further Hard Rock projects we are working on; it’s great to get repeat work as it means we are doing something right!”

The fresh and vibrant interiors that surround the new hotel that everyone seems to be talking about are a reflection of the designer that Jarrett is becoming, or arguably already become. Modest, calm-natured and enthusiastic, Jarrett is, in my opinion, a credit to the firm that has helped support her on her way.