In Conversation With: Matthew Balon at Ruby Leni’s first showing 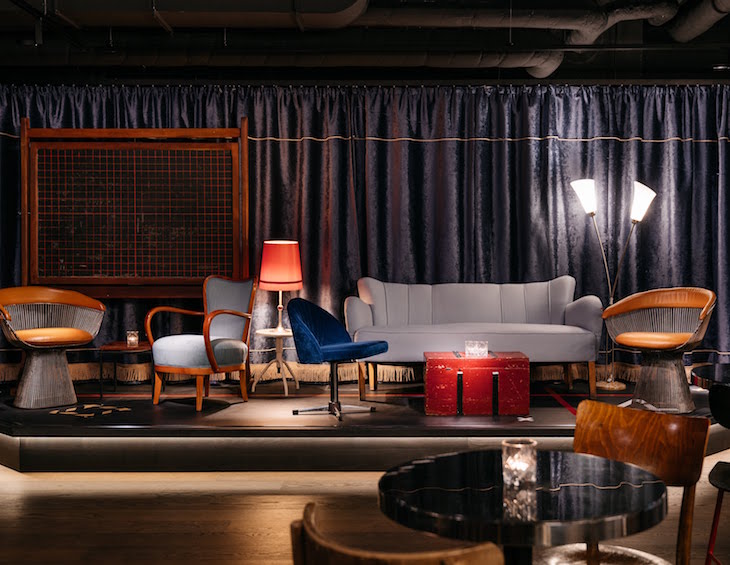 Ruby Hotels has re-entered the stage to take a second bow in Dusseldorf, Germany. The 170-key Ruby Leni, which takes shelter in a former 1950s theatre, is the hotel group’s seventh hotel to harness ‘lean luxury’. Editor Hamish Kilburn travels just south of the city’s fashion district to meet the group’s lead designer, Matthew Balon, the morning after the night before’s launch party to discuss design details, the significance of paper puppets and the brand’s highly anticipated 2020 arrival in London…

They say that to make any act truly memorable, the performer must enter the stage armed with a spectacular encore up his or her sleeve. In the case of Ruby Hotels in Dusseldorf, the main performance took place last year with the arrival Ruby Coco. The dynamic property is a contemporary urban hub that is nestled within the city’s main shopping district, just off Königsallee – AKA a fashionista’s heaven. The interiors inside are sharp, considered and give more than an apt nod to the fashion quarters that surround it.

If Coco was used in the opening scene, engaging its captivated audience with the allure of couture costumes, then the encore is Ruby Leni, which is situated a mere 10 minutes down the road. Although the neighbourhood may feel quieter, its entrance certainly isn’t: a large marquee sign with the words ‘make it your own stay’ frames an appropriate first impression. 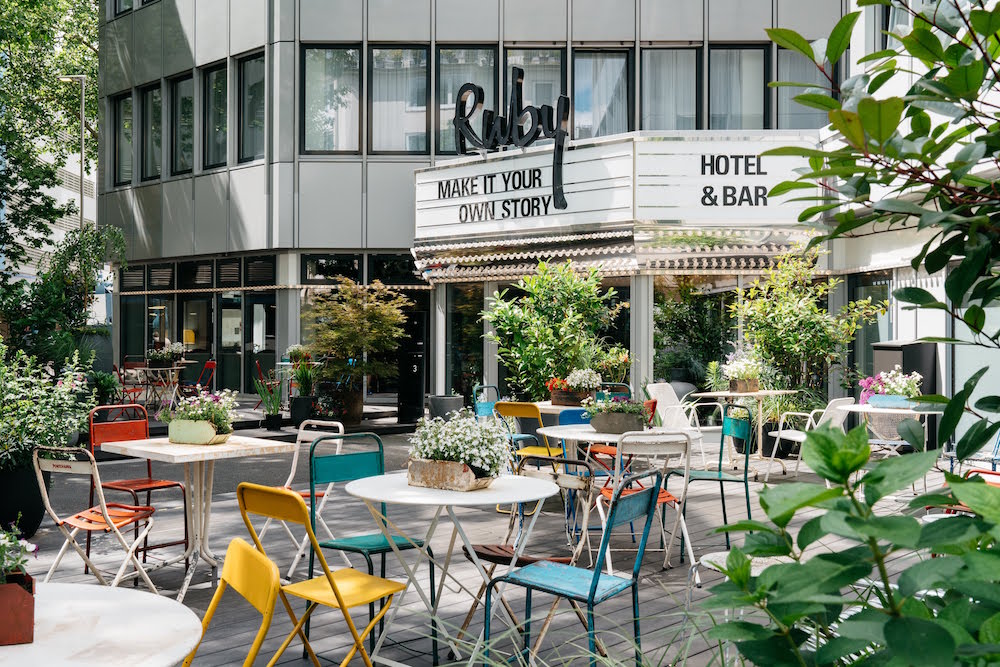 With large, expansive public spaces that filter into plush private break-out areas, the hotel is designed for both locals and guests checking in. The character and soul has been channelled into the lobby/lounge, where the real story of the iconic 1900s building, which sheltered the Düsseldorfer Schauspielhaus theatre, comes to life. “We looked at the materials, shapes and forms that you would associate to a theatre of that era,” says Lead Designer Matthew Balon. “We then separated that into front-of-house and back-of-house. We wanted to challenge that idea by merging those areas. For example, we have included stage cases in the lobby to really create an authentic feeling of being part of the production, behind the scenes.” 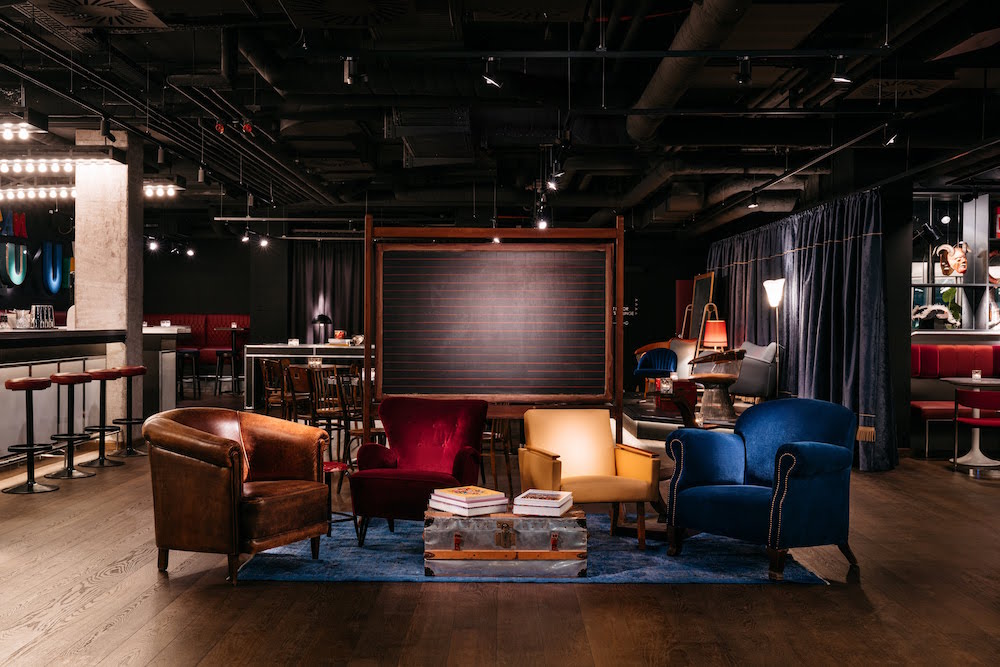 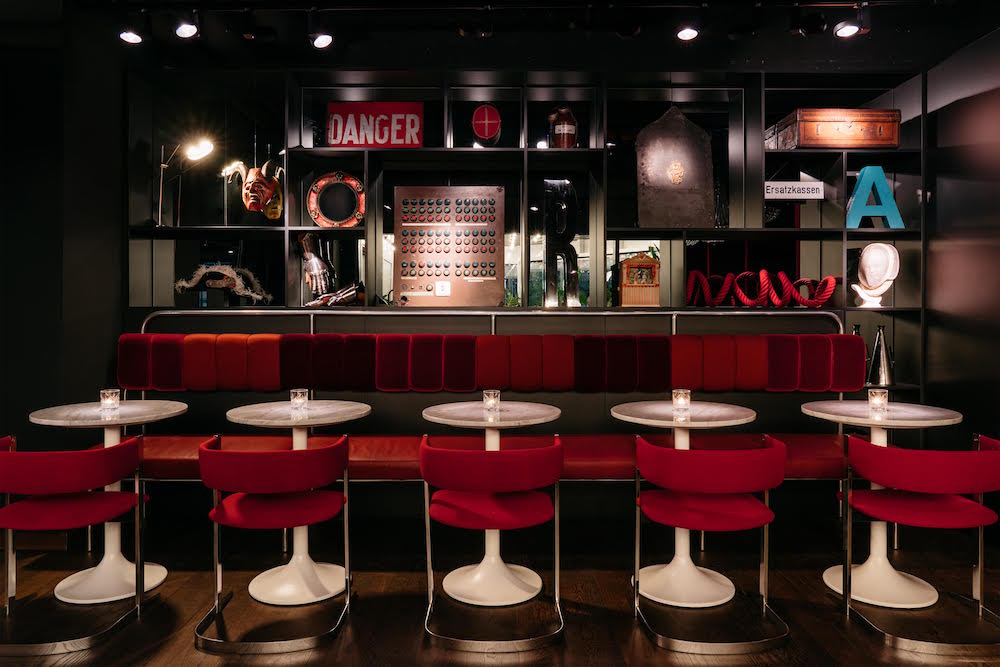 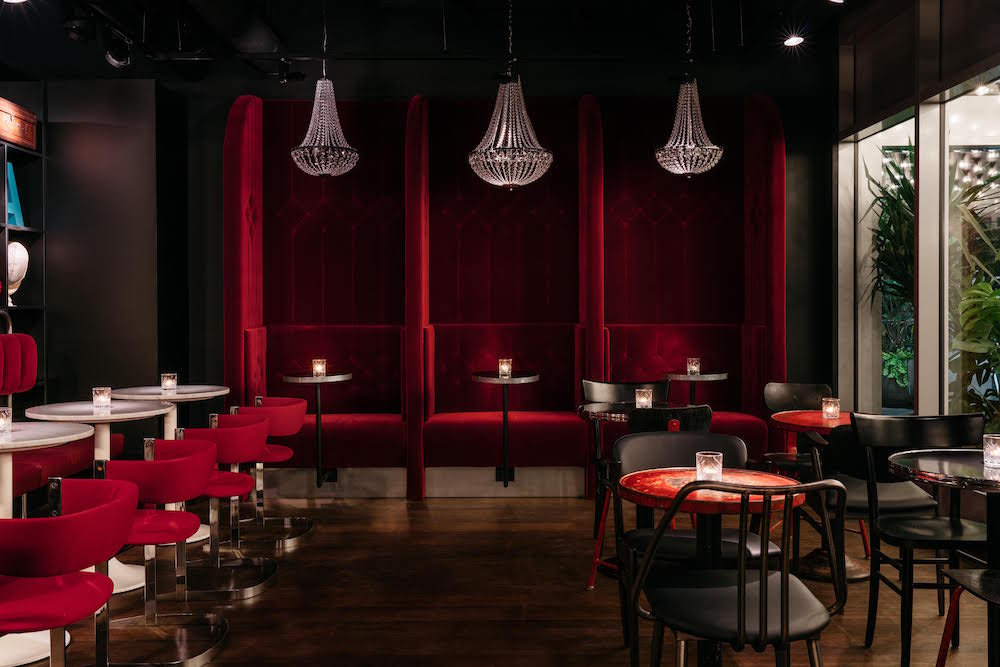 Upstairs, the sharp and stylish guestrooms have been designed around the original peculiar structure of the building, creating an interesting layout in each. The design and general make-up of the room, though, is a reflection of the others in the entire hotel group’s portfolio: crisp white beds, refillable toiletries and eco-friendly rain showers to match. The brand calls it ‘lean luxury’, which is posh for ‘uncomplicated, laid-back comfort’ – and it works, especially for bleisure travellers. 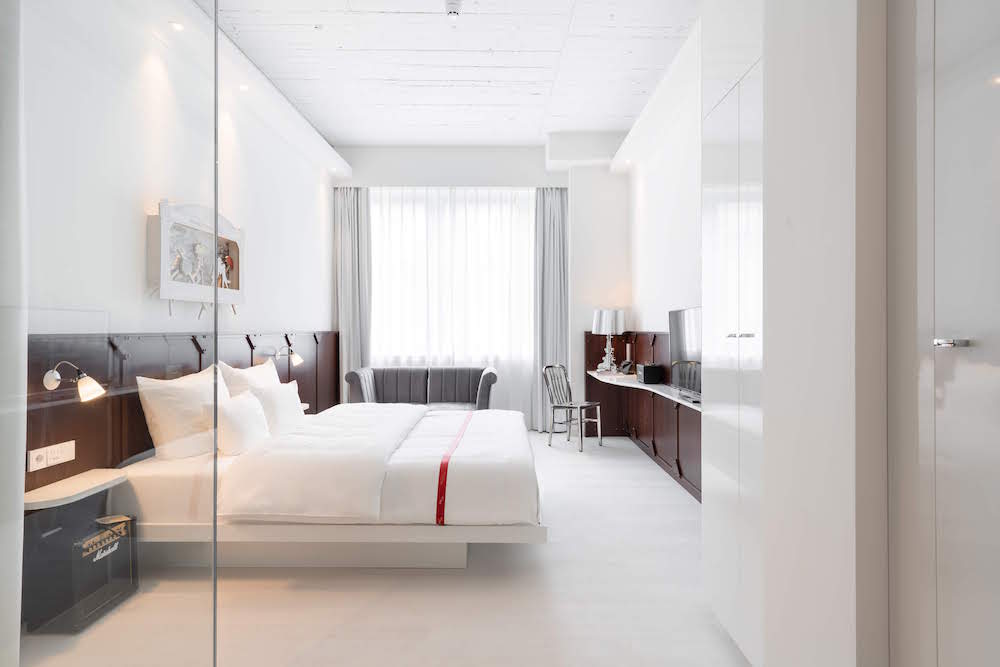 Although you would recognise the rooms as ‘Ruby Rooms’ guests with eagle eyes will notice subtle differences, like the wood panelling for example.  “It’s been designed to also reference the story of the hotel,” explains Balon. “I looked into how sets were built and was inspired by the fact that guests in the theatre only ever see the pretty side. I wanted to show the back of the sets, the flats. I was interested to know how these things stood up and how they were constructed. That provided the inspiration for the wall panelling and the reinforced corner detailing.

Another quirky touch that sensitively helps set the theatrical scene is the art above the beds. Bolan initially wanted to do something with shadow puppets, which evolved into creating an immersive and playful paper puppet stage. “I really love introducing interior design elements that are fun and interactive,” says Balon. “We like to have fun with it and make an interesting element to guests’ stay.” 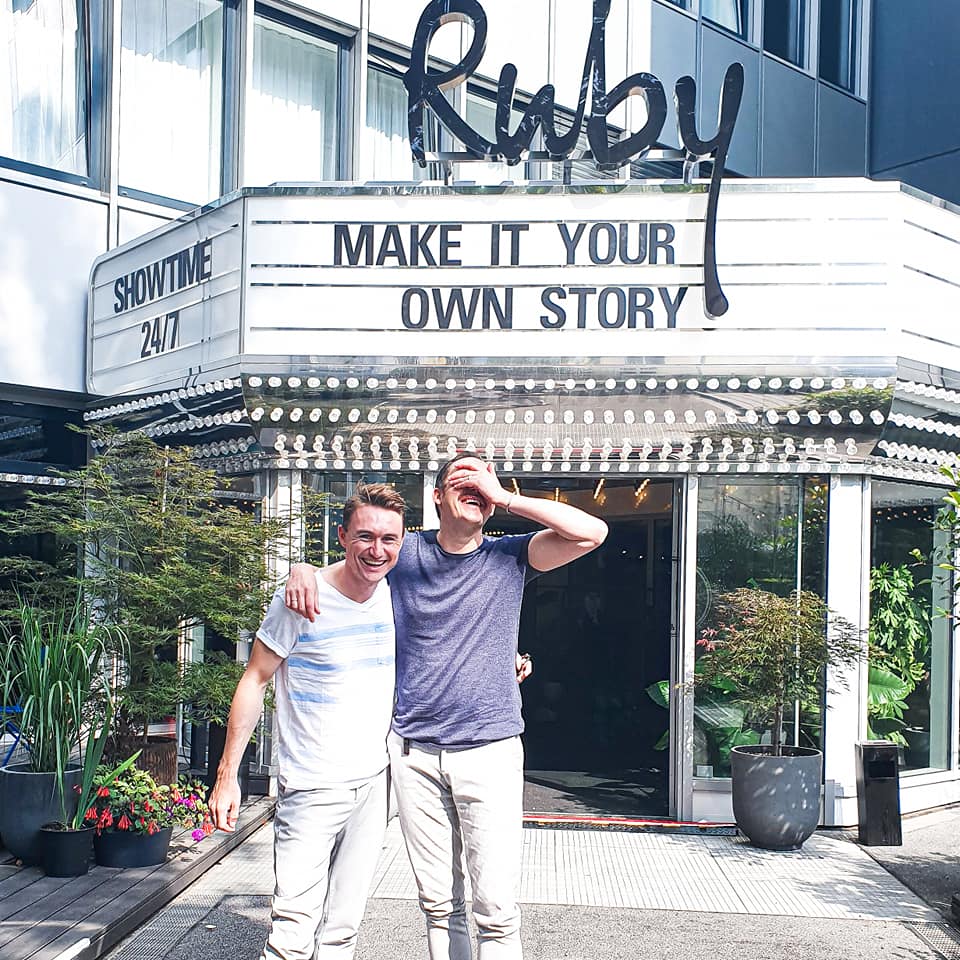 Image caption: Editor Hamish Kilburn (left) dragged the Lead Designer for Ruby Hotels, Michael Bolan (right), out on ‘stage’ the morning after the launch party before…

Hamish Kilburn: What can you not travel without?
Matthew Bolan: My Darth Vader suitcase. I just love it!

HK: Where’s next on your travel bucket list?
MB: Japan.

HK: What’s your biggest bugbear when checking in to a hotel?
MB: Queuing!

HK: What is the number-one tool for success?
MB: You have to create an emotional connection.

HK: What is the last thing that showed up on your credit card transactions?
MB: A round of drinks I bought last night. It’s your round at the next launch, I’m told…

Most hotel designers are working with many several brands and brand standards, and so it is interesting how Bolan, within his creative realms, can piece together many different stories with the same Ruby strand running through each. “It is all-encompassing,” he says. “What the brand stands for in regards to design is something I can really get behind. When I think about Ruby, I think of all the people who bring the brand to life.”

The brand’s design is spilling out of the seams and leaving a permanent stain on new destinations. The next hotel design hotspot to welcome the arrival of Ruby Hotels is London – to the Southbank to be more specific. “We have done a lot of research into the location, which is a really interesting corner of London,” Balon explains. “I can tell you that Ruby Lucy is going to be fun, colourful, unexpected and I am really looking forward to the opening party!”

Ruby Hotels first unveiled its unique concept with Vienna hotel Ruby Sofie in 2014, before opening two further hotels in Vienna, Ruby Marie and Ruby Lissi, as well as Ruby Lilly in Munich, Ruby Coco in Dusseldorf and most recently Ruby Lotti in Hamburg. In response to the success of these properties, the brand plans further openings including Ruby Lucy in London’s bustling Southbank in early 2020, as well as hotels in Zurich, Cologne, Frankfurt and Shanghai before the end of 2020.