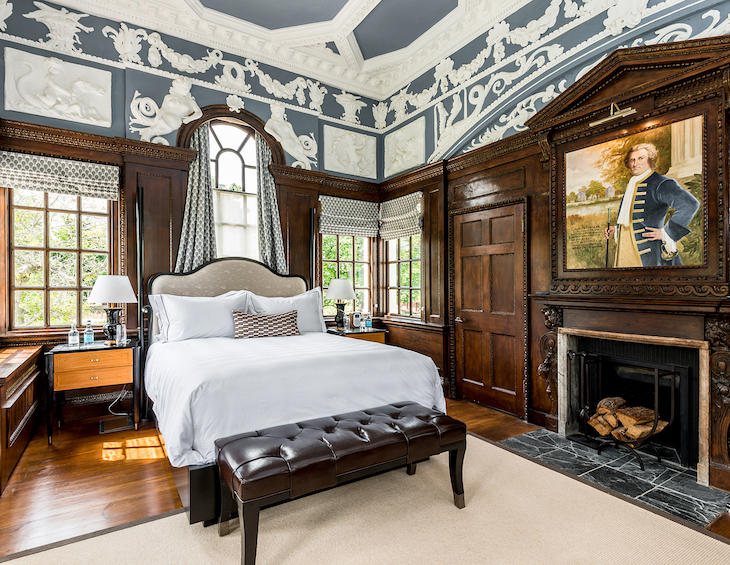 Travel upstream from London and you eventually arrive in the quintessentially British surroundings of Bray-on-Thames, a quiet suburban village that is arguably most for harbouring two of the UK’s five restaurants that hold three Michelin stars.

But before the existence of award-winning gourmet F&B establishment, some 800 years prior, there quietly sat an empty island, which went on to soak up interesting eras. It was firstly an ideal setting for monks seeking peace on the banks of the river. It is said that after the Great Fire of London in 1666, materials from Oxfordshire, such as stone and brick, were transported down the river for rebuilding the city. On the vessels’ return, rubble would be spread around some of the Thames islands, which greatly reduced erosion and helped to strengthen the foundations. 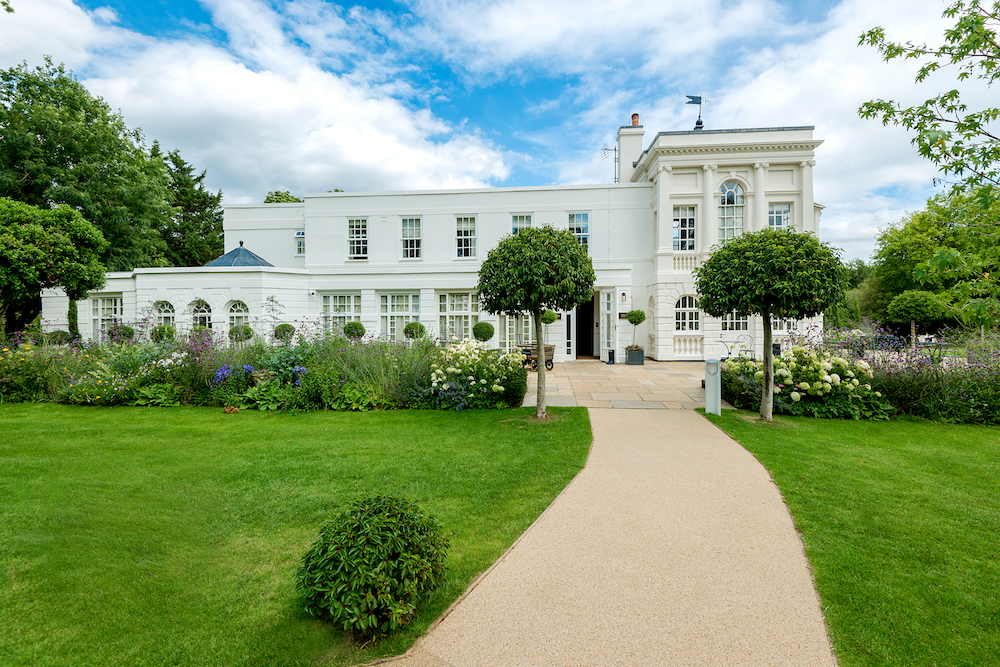 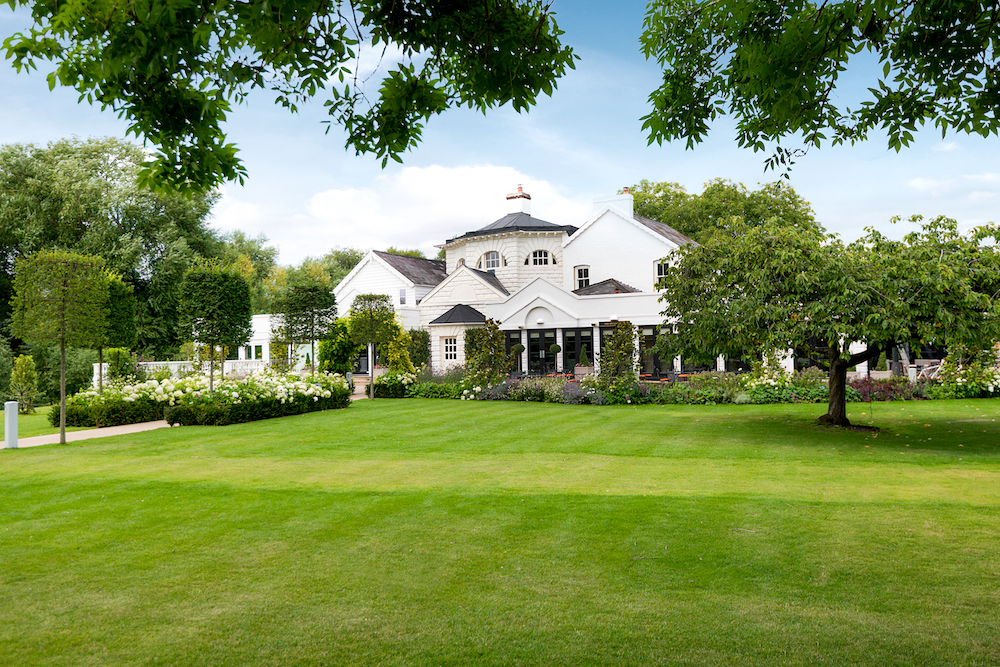 A few decades later, in 1738, the land was purchased by Charles Spencer, 3rdDuke of Marlborough, who was rumoured to have paid palladian architect Robert Morris £2,277 to erect the first two buildings on the island in order to indulge his hobby of fishing. It took Morri three years to complete, but his work marks an important milestone in the property and island’s history – and it is arguably here where the narrative of what is now known as Monkey Island Estate really begins. But it was only recently when the story took on a new narrative, complete with the introduction of new characters, to become a completely unique boutique hotel.

In 2016, YTL Hotels acquired the land, and work began to restore the property into a modern and relaxed countryside abode. Inspired by the haunts of monks, monarchs, aristocrats and writers alike, New York-based Champalimaud Design was responsible to sensitively orchestrate the interior design of the hotel. Having completed the interior design of YTL’s debut UK property, The Gainsborough Bath and Spa, and more recently The Academy in London, the studio, while also sensitively restoring Raffles Singapore, was well-poised to develop the relationship further.

Unlike any hotel project that lead designer Jon Kastl has faced before, the geography of Monkey Island Estate presented its own unique set of challenges. “You have no idea how difficult it is to work on a island that has no direct car access,” he explains. “Everything had to be carried over the footbridge onto the island. And then, the other challenge was the age of the buildings, and dealing with the neglect of the building. They were in pretty rough shape, almost falling into disrepair.”

Guests’ first impression of the hotel is an understated – almost camouflaged – lobby area in a cosy ‘boathouse’ – the feeling of being taken away from the daily grind does not get much stronger than this so close to the centre of London. “The hotel is relatively small,” adds “

The short walk over the footbridge from the unassuming lobby to the public areas is one of wonder. Architectural landscape designer AV Design has created a majestic garden that compliments the various buildings.

Framing what should be in my opinion the postcard picturesque views of the River Thames, the pavilion building, which shelters the majority of the public areas, sets a relaxing setting – and echoes, on a balmy summer afternoon at least, the same peaceful scene that I imagine was once enjoyed by monks centuries ago. 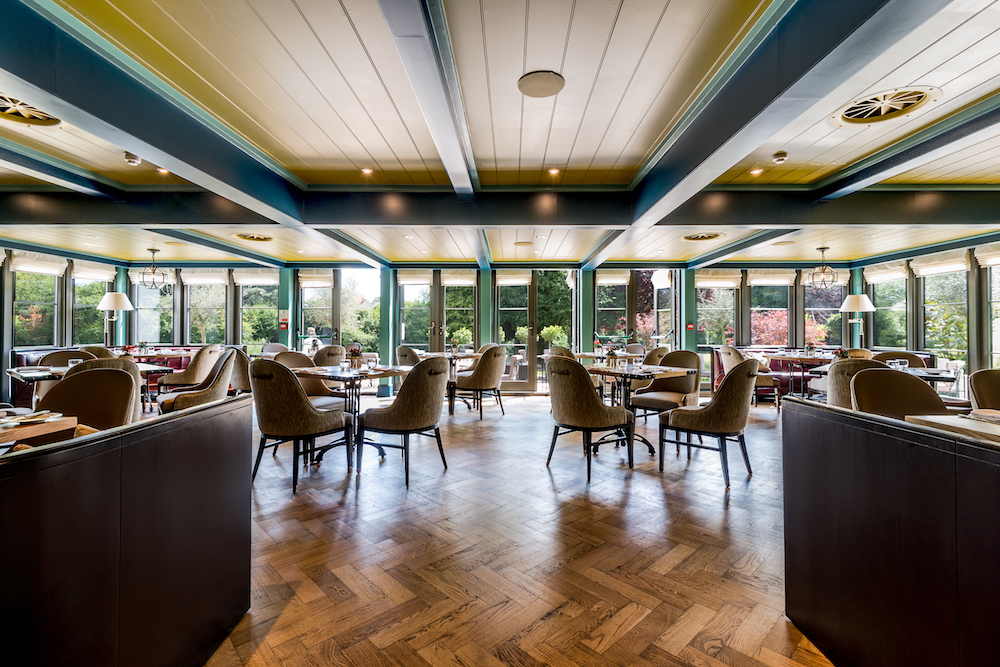 Although the bar and restaurant is, on the surface, seemingly conventional, the building has a few hidden gems. The Monkey Room, for example, stands true to its original form and structure – and even design. “The only thing we changed was the purple paint colours on the ceiling and add the furnishings,” says Kastl. The eye-catching murals on the panelling is all original which has been there from since when the building was first built. 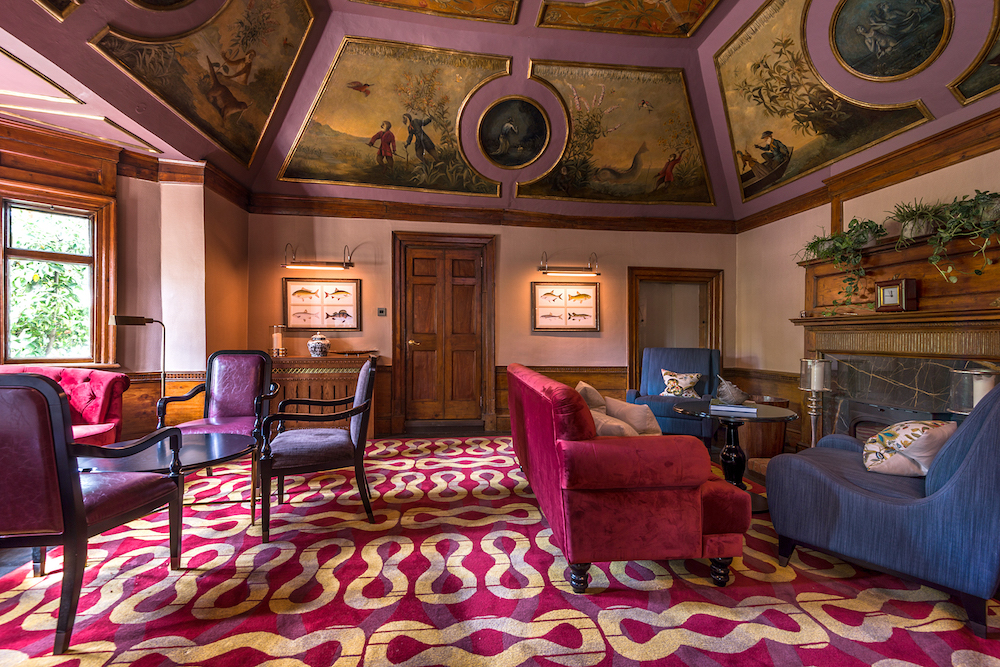 Up the spiral staircase, The Whiskey Room is the latest area that has opened. Designed with the winter months in mind, the cosy and home-from-home atmosphere, complete with tactile wallcoverings, is an expected treat. 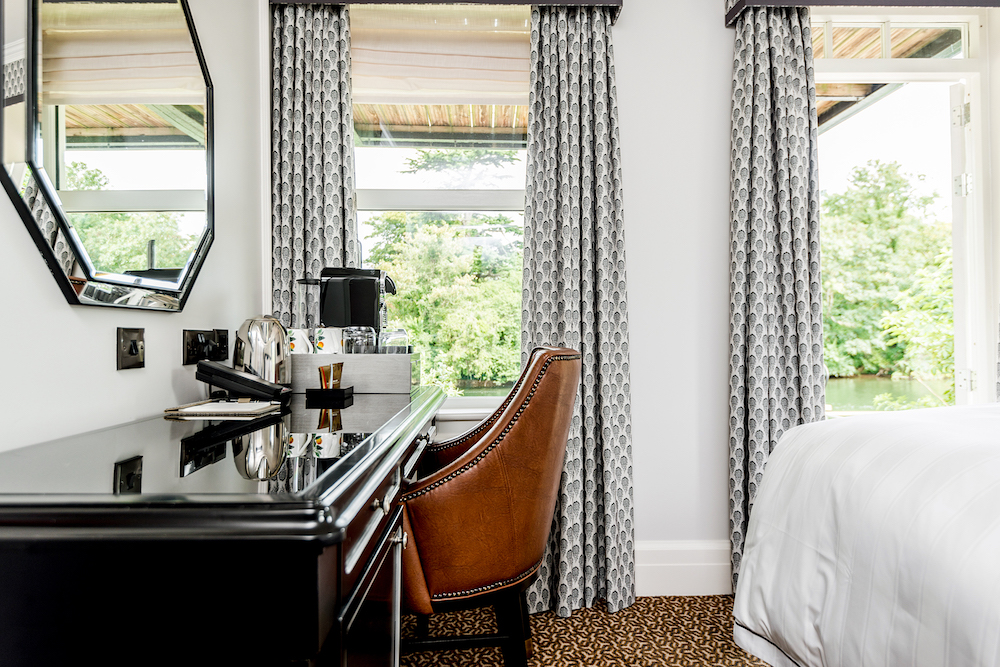 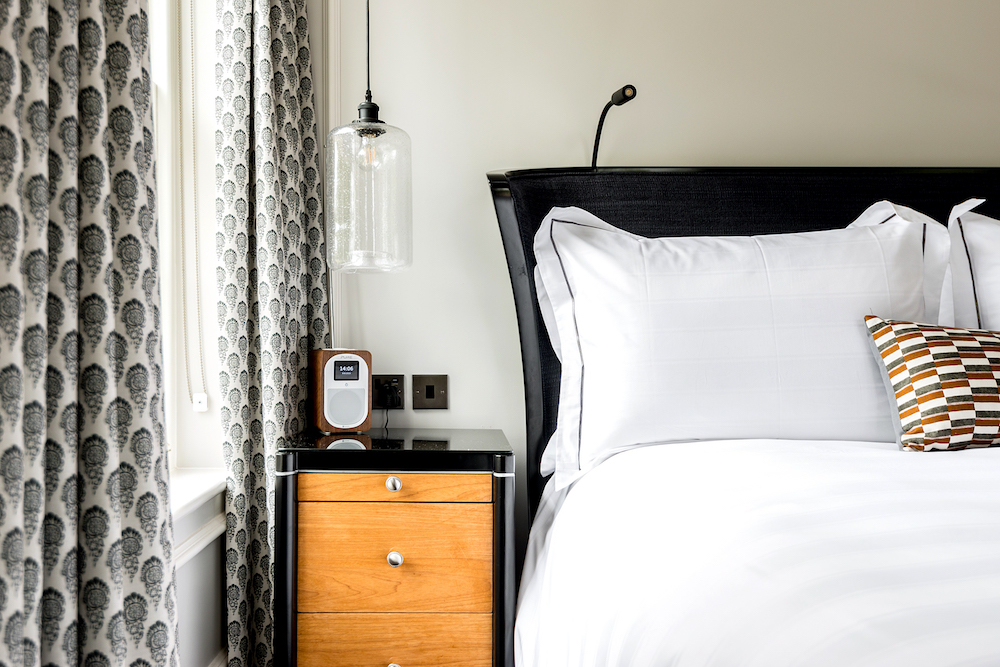 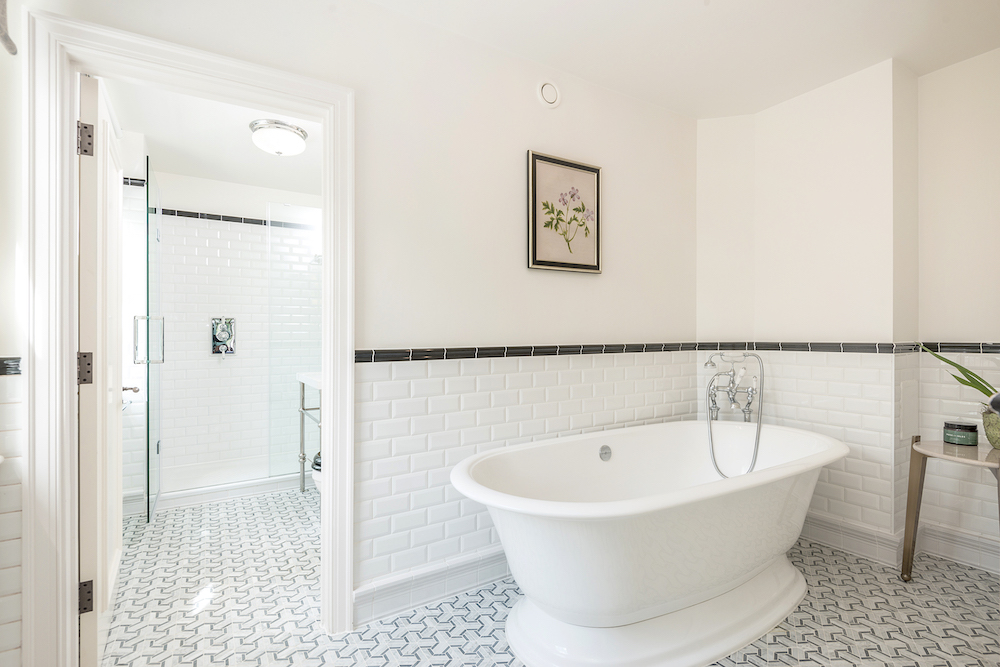 It is because of the fact that the 41 guestrooms and one originally restored suite are sheltered in a grade I-listed building that makes the design story even more fascinating. The design of each and every one of the guestrooms utilises the entire space, with some stretching out onto terraces which look over the river, while carefully blending in a modern style that becomes timeless.  “We just had to accept the smallness of the rooms when designing them,” Kastl explains. “We did things like designing miniature shelves and additional service space. We designed rails that lined the rolls for guests to hang items from. Because there is such a limited closet space, we had to rely on these rails.” The furniture is scaled appropriately so that it fits in the limited space neatly. Meanwhile, the blinds and curtains, supplied by Concept Contract Furnishings are deliberately not heavy, and instead naturally flood the rooms with light to make them look and feel more expansive. 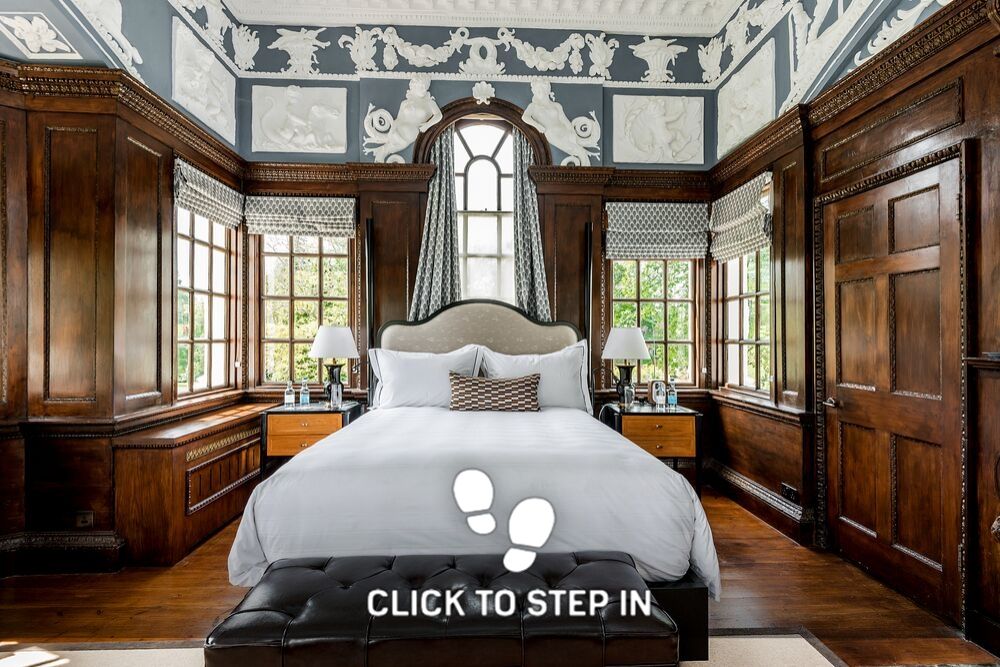 Despite the guestrooms being impressive – and adding to the overall interior design story (and challenges) – the masterpiece of the hotel is perhaps sheltered upstairs in the Wedgewood Suite. “The room, from the panelling to the ceiling, was very much intact,” explains Kastl. “One of the challenges was that it has windows on three sides, so from a layout point of view it created a few headaches.” The ensuite bathroom has been re-gutted and given a fresh and modern look. “ The suite is the coming together of old heritage design and the new.

Moored on the river bank, the hotel’s spa is unlike any other in or around London. The facilities have been curated by Melissa Mettler who took inspiration from its riverine surrounds, past inhabitants in the form of royalty, liturgy and literary stars, as well as elegant architecture. The floating spa, which features two treatment rooms that are uniquely sheltered within a renovated barge, is a celebration of the power of water blended together with natural wellbeing and wellness. 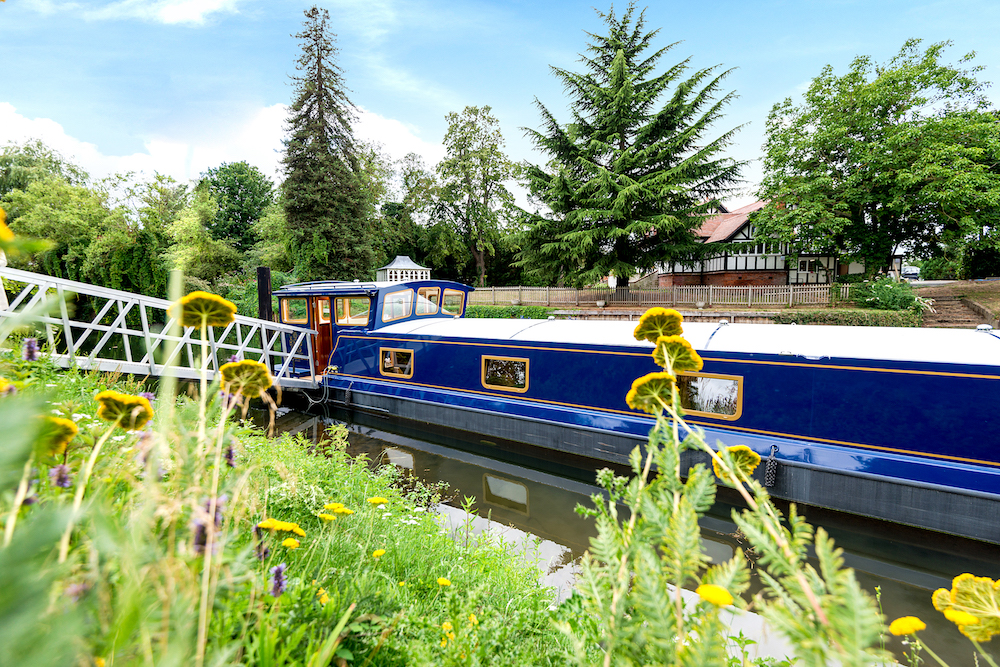 I’m sure, for the designers as much as the operators, that the thought of completing Monkey Island Estate and opening again to the public was a distant day dream. But, considering the drastic rise in demand for wellbeing as well as wellness, the timing of YTL hotel’s countryside retreat could not have been more perfect. Checking out of Monkey Island feeling fully restored in mind, body and spirit myself, following a short by sweet trip to the floating spa before departure, the hotel locks in so many unique and thoughtful moments – and exceeds expectations to become one of the UK’s premium countryside retreats.