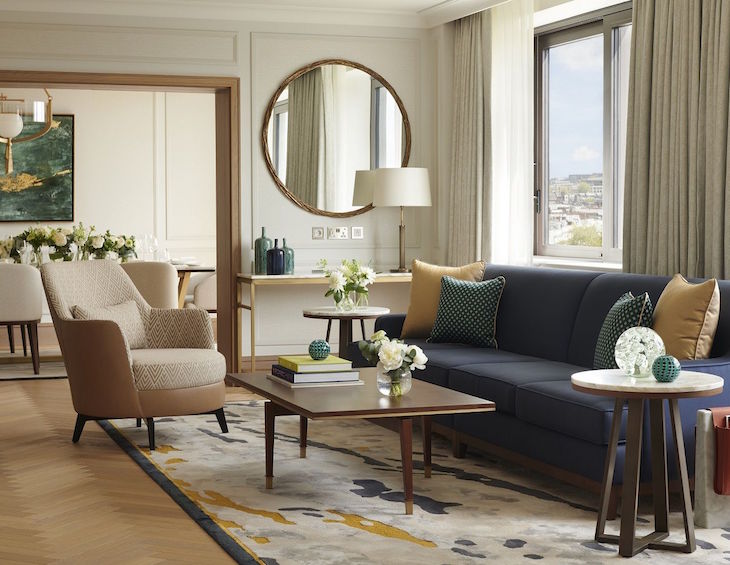 We have waited an agonising 18 months, but we can finally celebrate the opening of The Carlton Tower Jumeirah, a masterpiece the international design studio 1508 London that has allowed what was a tired and worn down hotel to prosper in London’s Knightsbridge neighbourhood. Editor Hamish Kilburn has followed the story since day dot…

For a hotel group that shelters the Burj Al Arab in Dubai, which is a internationally recognised jewel of luxury, the challenges that are associated with designing other hotels in the portfolio are some what obvious. Operating a luxury hotel in London, however, is a different task altogether that requires a sensitive and dynamic approach from concept right through until completion.

For whatever reason, despite Jumeirah being one of the world’s most reputable luxury brands globally, its portfolio in Europe and the UK is somewhat lacking. In 2015, I was invited to one of the group’s press days, which started with meetings with GMs from hotels around the globe in the contemporary atrium of the brand’s Grosvenor House Suites. Disappointingly, though, the day ended with drinks at The Carlton Tower Jumeriah. I say ‘disappointingly’ because the hotel was, unlike the brand’s reputation, tired and was in desperate need of a makeover!

Cue the arrival of 1508 London, the design studio that saved the day. Following an 18-month closure for refurbishment, the hotel has undergone the most extensive – not to mention, most timely – transformation in its history, at a cost of more than £100 million.

Every nook of the 17-storey building, that sits majestically in the Knightsbridge neighbourhood, has been redesigned, creating a new foyer and reception, 186 new guestrooms and suites (reduced from 216 to offer larger accommodations), a fresh health club and spa with London’s largest naturally lit swimming pool, a restaurant, lobby bar and lounge, ballroom and meeting rooms.

The term ‘modern classic’ springs to mind when entering the building that was originally designed by Henry End, also responsible for the interiors of the Plaza Hotel in New York. The design team have drawn on the hotel’s glamorous heritage and location to create a modern classic with a timeless, refined interior and sense of grandeur. 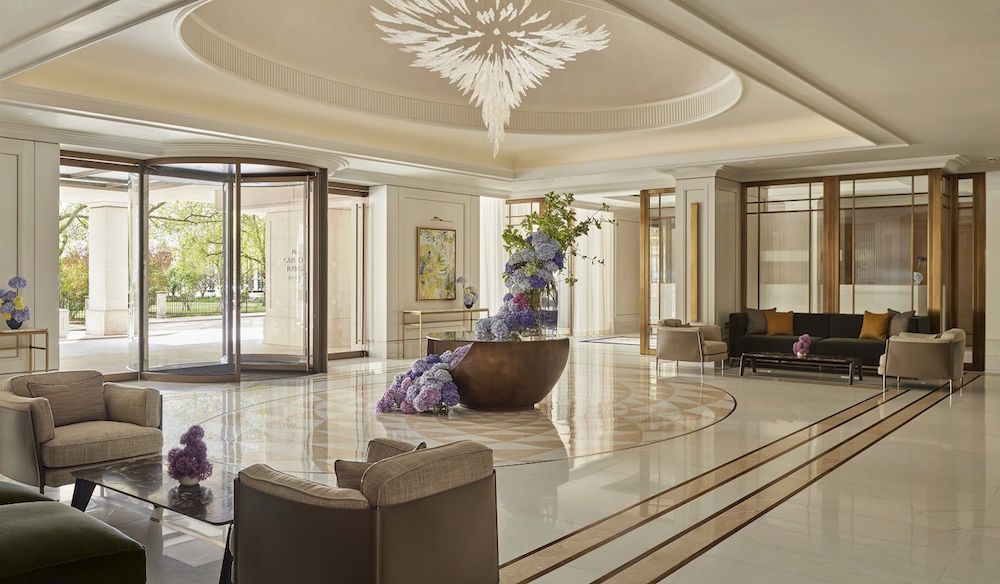 Respectful of the building’s original, clean modernist style, 1508 London has layered the eclectic mix of the architecture of the surrounding mansion blocks and homes, adding soft curved edges, pops of bright colour and organic inspired forms throughout.  The hotel’s enviable position overlooking Cadogan Gardens, the private gardens designed in 1804, is further reflected throughout the hotel, reminding guests of their unique access to this covetable green space and tennis courts, normally only open to residents.

Heralding its arrival and marking the hotel’s position as an important modernist building in London at its opening was the commissioning of a large external sculpture by Dame Elisabeth Frink (1930-1993), a sculptor at the beginning of her career in 1961 and now acknowledged as one of the most important English artists of her era. This sculpture has been retained and restored, a highlight of the ‘porte cochere’ entranceway that continues to the redesigned turntable glass doors. Through these doors the design echoes a classical British grand hall with the creation of a striking double-height space.  Within it is suspended a bespoke fluted chandelier which incorporates an abstract interpretation of a chrysanthemum, inspired by Cadogan Gardens’ history as a botanical garden.  Accessed from the lobby is ‘The Chinoiserie’, the hotel’s much-loved all-day dining area, now transformed with an elegant and light design. With the innovative Cake-o’clock concept serving patisserie all day, as well as a wide range of international favourites and an extensive beverage list, this lounge will reclaim its rightful place in Knightsbridge’s social scene. Additionally, a newly created lobby bar offers a refined experience in glamorous surrounds.

The 186 beautifully appointed guestrooms have all been renovated to the highest standard, designed to offer a sense of tranquillity with an emphasis on light and space. Almost 50% of the keys at The Carlton Tower are suites, reflecting the hotel patrons’ historical preference for increased space and longer stays. 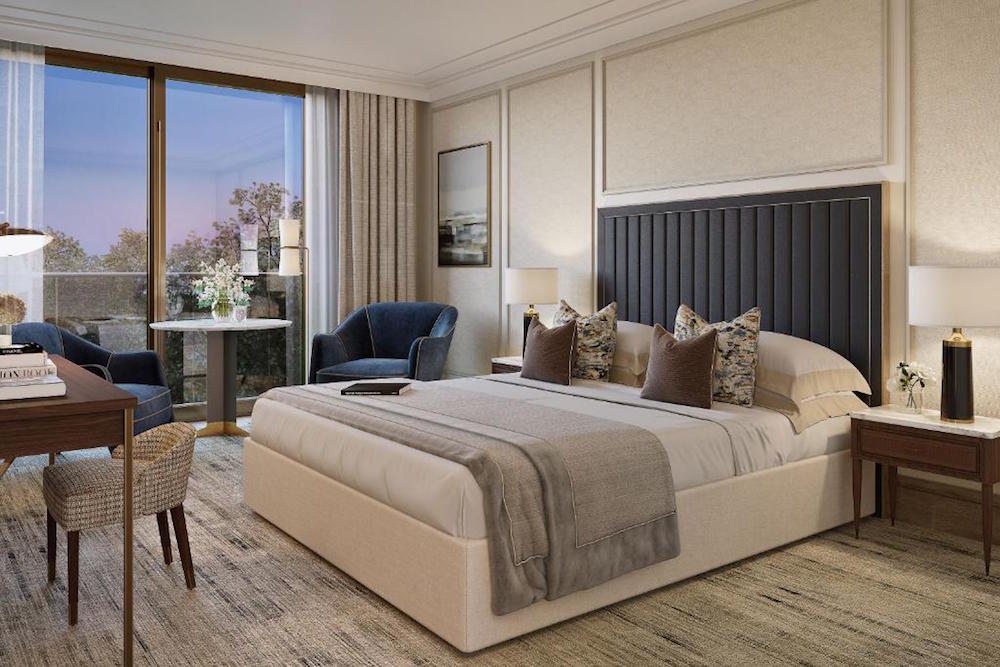 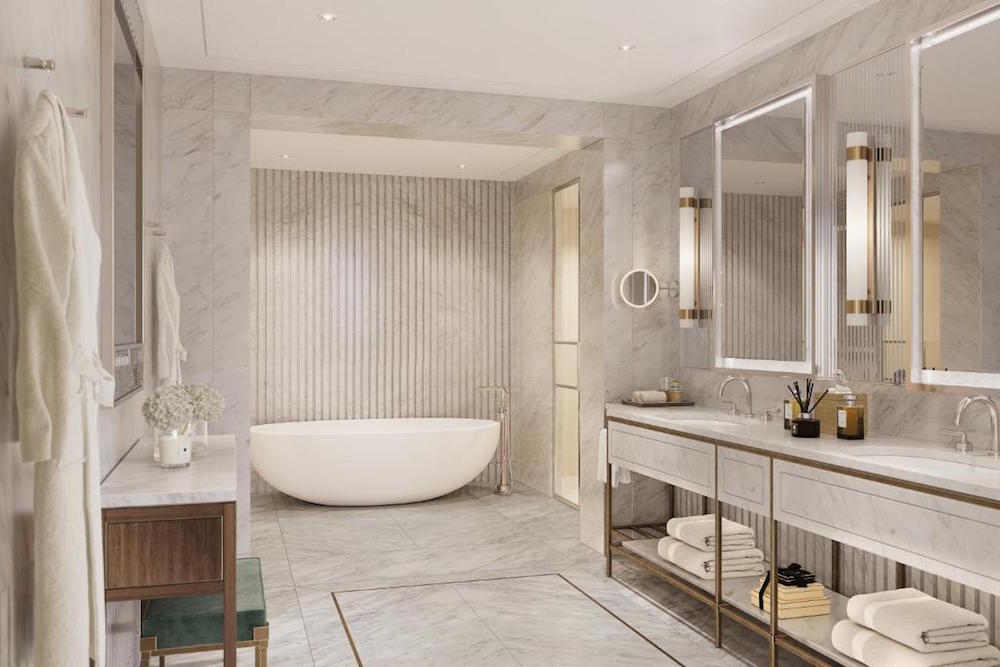 87 of the rooms and suites have the fantastic benefit of a balcony, taking advantage of the stunning views across London. Combining a modernist aesthetic with minimal style, the accommodations feature textured wall panelling, furnishings in softer forms and accents in a warm colour palette influenced by British heritage hues in deep blue, green and maroon as well as floor to ceiling marble bathrooms with toiletries by Grown Alchemist. Newly created is the Royal Suite, the hotel’s most exclusive residence featuring three bedrooms with the option to privatise the entire floor for the utmost in security and discretion.

The hotel’s destination restaurant ‘Al Mare’ offers a sophisticated, welcoming dining experience imbued with all the charms of Italian cuisine, both familiar and luxurious. 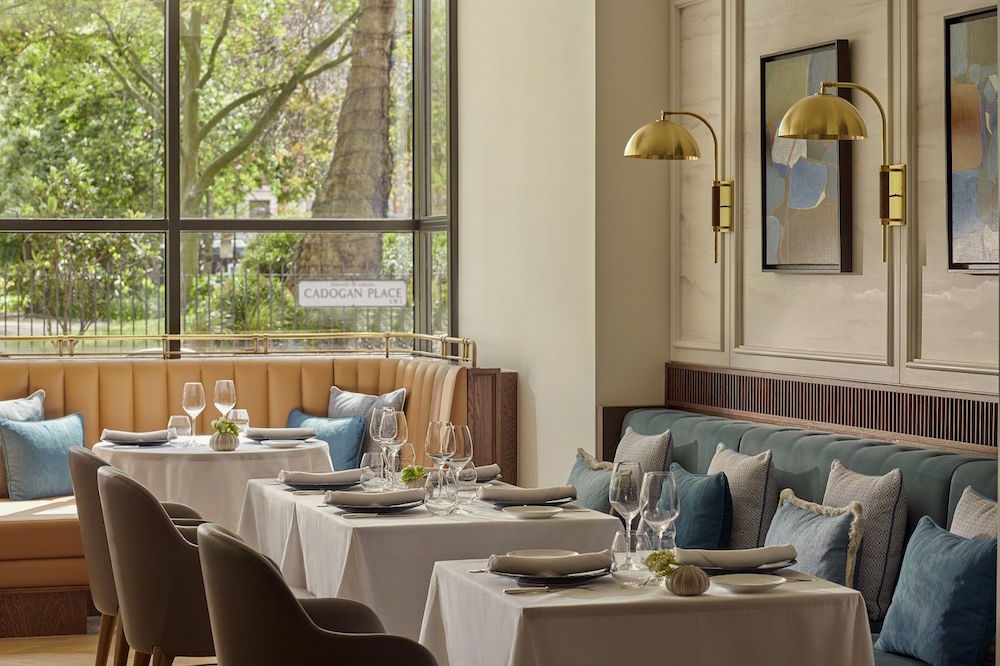 The restaurant allows a convivial, gastronomic experience, taking guests on a journey through Italy and features a theatre kitchen, private dining room and al fresco dining. The hotel’s Executive Chef and Al Mare’s Head Chef is Italian native Marco Calenzo, who joined the hotel from Zuma where he was Executive Chef. Prior to this Marco worked for Four Seasons Hotels internationally as well as the Lanesborough in London.

Elsewhere, the hotel’s famous health club ‘The Peak Fitness Club & Spa’ is uncommonly enormous compared to other wellness scenes in other London hotels. Set across three floors, the whole areas has been completely redesigned. New treatment rooms have been created at the Talise Spa on the second floor and the swimming pool area revitalised. The pool is London’s largest in a hotel with natural daylight and its bright interior is complemented by views through its double height glass ceiling, lined with poolside cabanas for relaxation. 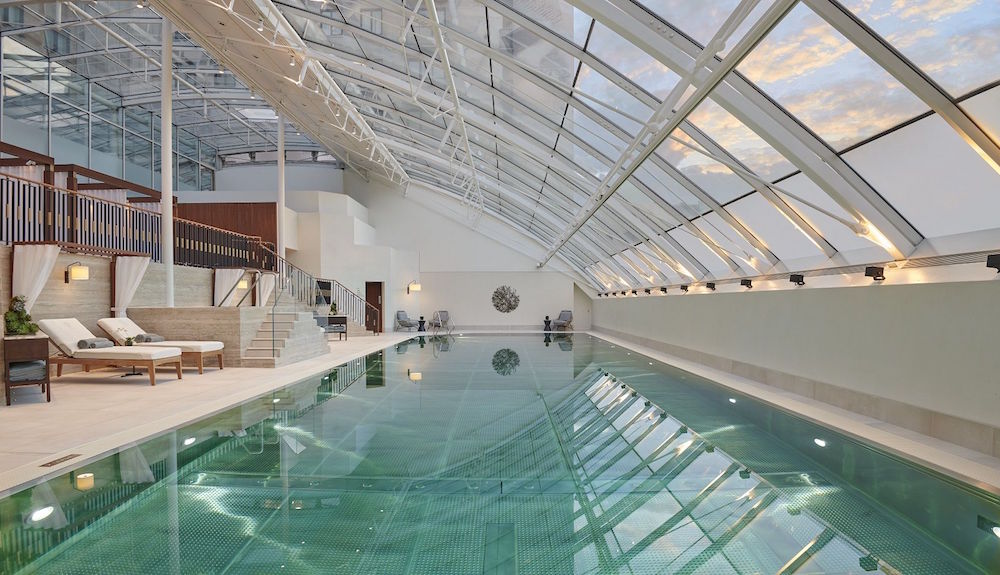 Additionally, The Peak offers studio classes, and a gym featuring bespoke ‘Technogym’ equipment on the ninth floor which overlooks The Peak’s light-filled cafe with breath-taking panoramic views across the capital.  With its new design and features as well as a strictly limited membership, The Peak looks set to retake its position at the forefront of London’s luxury wellness world.

Welcome back to London, The Carlton Tower Jumeirah – you look fantastic!

Since you’re here, why not read our interview with 1508 London’s Hamish Brown?