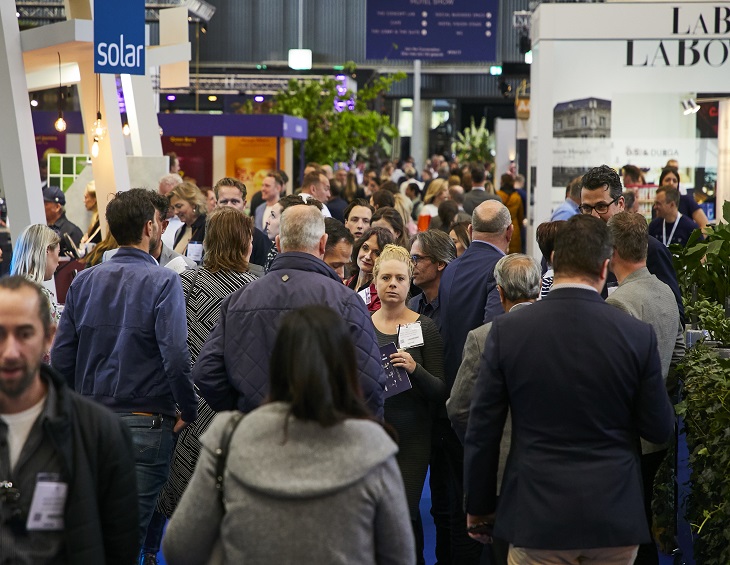 The Independent Hotel Show Amsterdam, which debuted last month for the first time outside London, has announced that it will return to the Amsterdam next year on March 17 – 18…

The Independent Hotel Show Amsterdam, of which Hotel Designs was an official media partner for, has announced that it will return to ‘The Dam’ next year. More than 2,200 hoteliers designers and architects visited the inaugural edition of the the show in Amsterdam to be inspired and informed about the current trends in the hotel industry.

In addition showcasing the latest products and services through its 120 carefully curated exhibitors and providing ample networking opportunities, the innovative event at RAI Amsterdam on May 8 – 9, provided a hotbed of new ideas with the very latest trends presented and covered across multiple touchpoints at the show.

“As this was the first edition in continental Europe, we had no idea what to expect, but the experience the past two days has exceeded expectations,” said Portfolio Director, Miranda Martin. “It was a delight to meet such a great collection of progressive and enthusiastic hospitality professionals and we look forward to welcoming everyone back to the 2020 edition in March!”

A Vision of the Future

The Hotel Vision Stage, the central education stage at the show saw hoteliers, trend forecasters and CEOs share their visions for the future of the hotel industry.

During a well-attended session, Dutch trend-watcher Vincent van Dijk shared a glimpse into the Hotel Room of the Future and presented the 10 important hotel trends for 2019:

A number of significant panel discussions also took place on the stage. Lead by STR Global, ‘The Year in Review’ saw, Eric Toren  (Hotel TwentySeven, Amsterdam) and  Gabriella Esselbrugge (Hotel De Dames van Jonge, Giethoorn) explore the need to spread tourists who come to Amsterdam throughout the country – something that fellow panellist René van Schie, who works on tourism development for the Amsterdam Metropolitan Area, deals with on a daily basis.

Elsewhere, Hotel Designs, which was an official media partner for the show, was on stage for a live debate on how the rise in ‘bleisure’ is dictating how the industry builds and renovates hotels and cities. 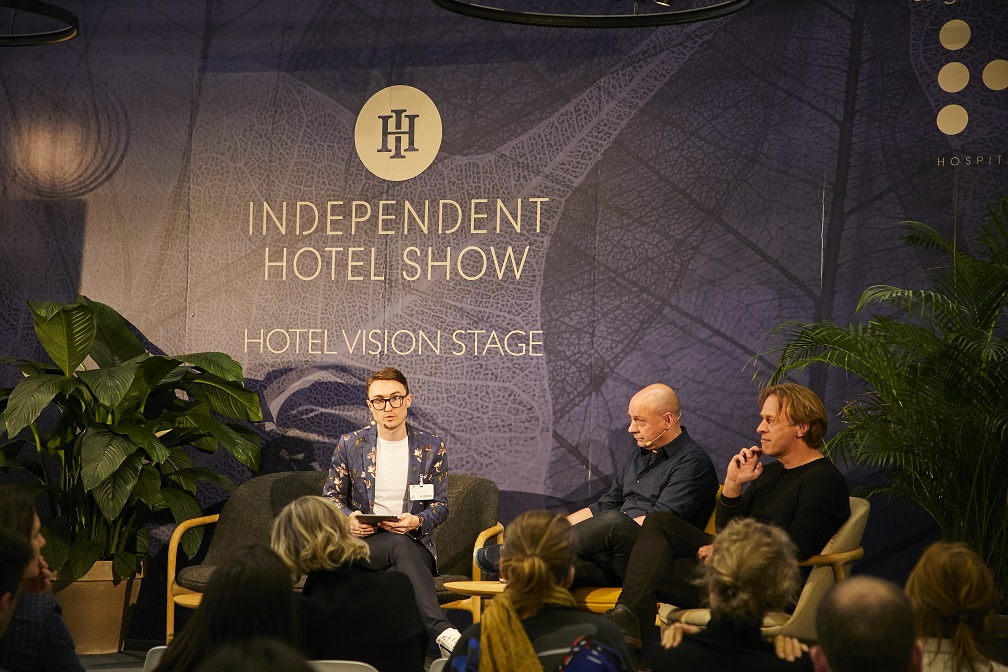 During a panel discussion, Gladys Camphuijsen (The Pulitzer, Amsterdam), Annemoon Geurts (Kazerne, Eindhoven) and Veerle Donders (Zoku, Amsterdam) explained how they involve the local community in their hotels, be it by placing a large Christmas tree that the entire neighbourhood benefits from (The Pulitzer) or by organizing neighbourhood parties with beer and bitterballen (Zoku).

Christiaan Uittenbosch, founder of Smart Travel Lab, challenged visitors to think in terms of solutions instead of problems and even use them as a unique selling point within your company. When traveling, guests, especially millennials, are looking for positively-minded brands that are actively working on sustainability. QO Hotels, but also start-ups like Rotterzwam, were named as companies that have built their business by finding solutions to existing problems.

The Independent Hotel Show was concluded with a keynote speech by ex-Radisson CEO, Wolfgang M. Neumann (strategic hospitality consultant and chairman of Hotel School The Hague). In his speech, he emphasized responsibility to the planet and the generations after us. Concluding with the memorable words: “If you think you’re too small to make a difference, you’ve never spent a night with a mosquito.”

The Independent Hotel Show Amsterdam will return for the second edition in the RAI on 17 and 18 March 2020.