Hotels that are self-isolating in style (part 3) 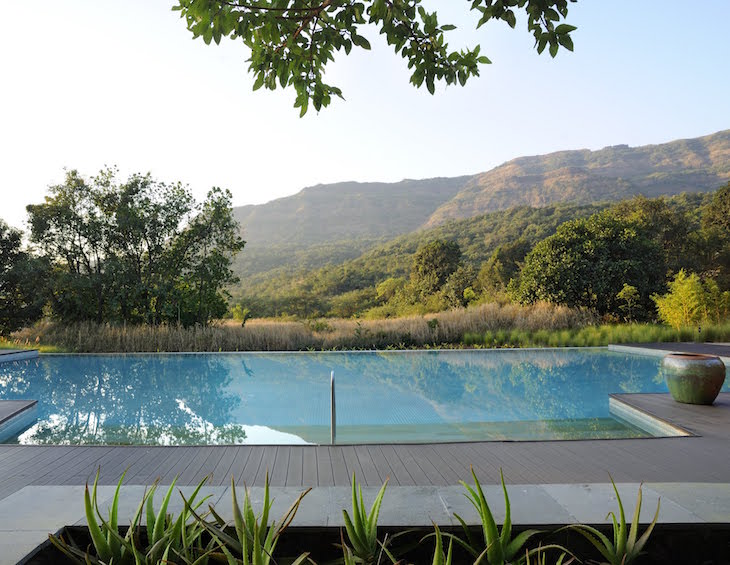 The editorial series continues with part three, as editor Hamish Kilburn mentally checks in to some of the best hotels that are self-isolating in style…

The weeks are starting to feel like years. As the number of cases of COVID–19 increases day-by-day, so too do our social restrictions. From our new-found goldfish bowl perspective on the world, travel is beginning to feel like a distant memory.

Following on from parts one and two in this series, Hotel Designs continues to start the week during lockdown with some Monday motivation, – a non-permanent day-dream, if you like – to explore some of the world’s hidden luxury gems. Here are a handful of hotels that are naturally self-isolating in style.

Dharana at Shillim, in the Western Ghats of India 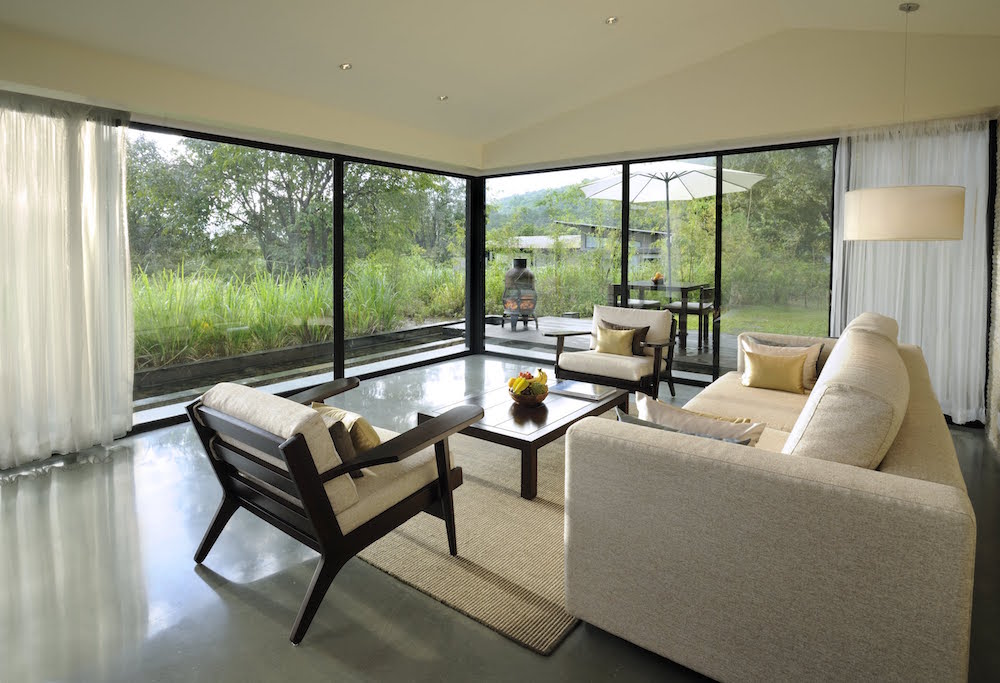 Spread over 3,000 acres of its own fertile valley, Dharana at Shillim used a completely local work force to respectfully build 23 rooms and three Presidential Villas within the forest. Each room celebrates the nature they’re in while also paying homage to Indian local design. The roofs are made out of tin, as a reflection of the village homes surrounding Shillim, and also to heighten the sound of the rain during monsoon season, reminding guests that nature rules here. 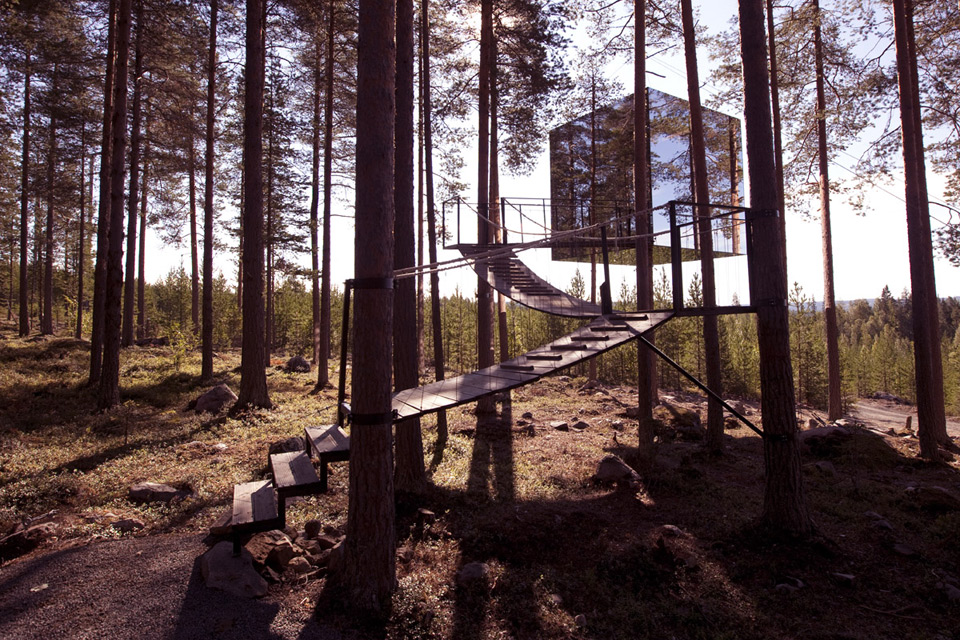 The mirrorcube structure was launched as an “exciting hide-out among the trees, camouflaged by mirrored walls that reflect their surroundings.” Its base consists of an aluminium frame around the tree trunk and the walls are covered with reflective glass. The interior is designed from plywood with a birch surface. The total of six windows provide a stunning panoramic view. A 12-meter-long bridge leads up to the tree room. 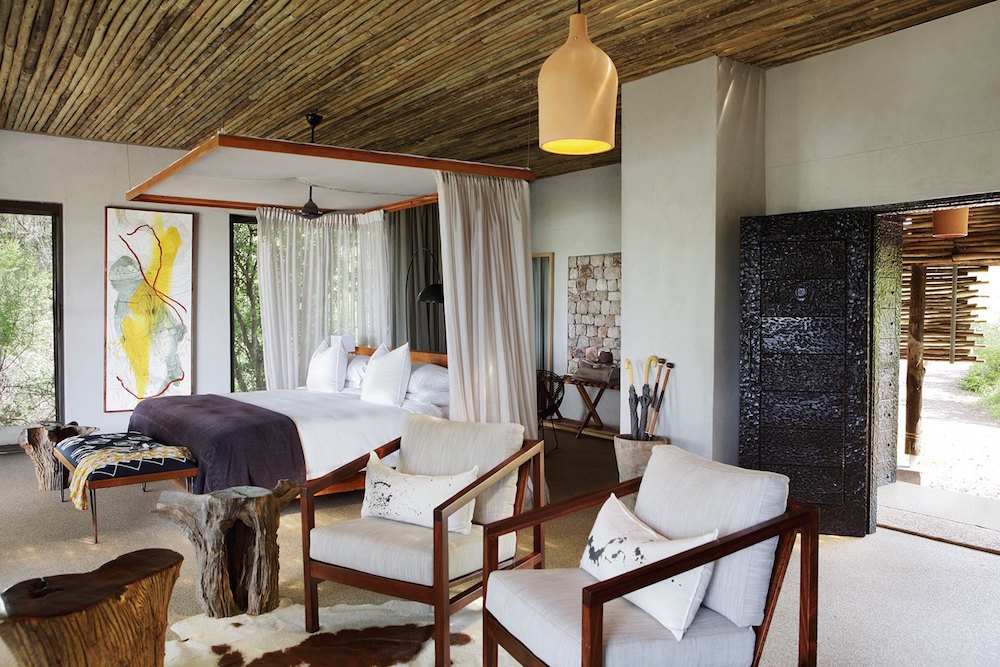 Nestled within a 123,000-acre (55,000 hectres) wild game reserve, Matetsi Victoria Falls is arguably the most self-isolated hotel in the world. The hotel has been constructed to blend into its natural surroundings. The interiors, designed by local designer Kerry van Leenhoff, have been sensitively created to evoke sense-of-place at every turn.

Artist Helen Teede spent much time on site at Matetsi in order to find the inspiration of a unique collection of 18 paintings entitled ‘Mapping Matetsi’. Having done extensive walks and drives in the area, Teede divided the cartographic map of Matetsi unit seven into 18 parts and drew it to scale on each canvas, adding her own impressions of the river, the landscape and the pathways walked in the area, both man and animal-made. These 18 paintings hang separately in each suite. However, put together and these pieces of art actually form the aerial map of the reserve. 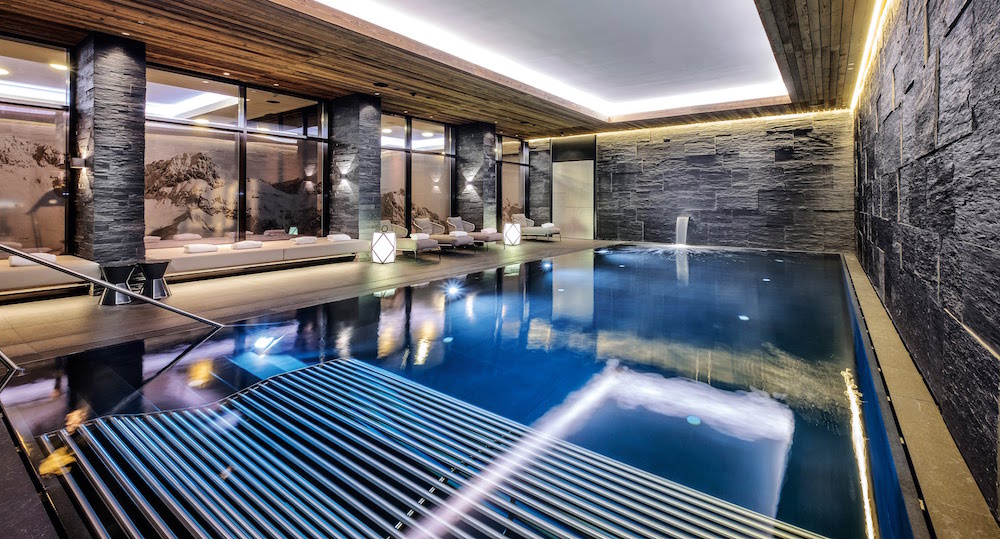 Severin*s is an uber-luxe hotel in Lech, situated in the Arlberg region which is part of Austria’s largest inter-connected ski areas. It set a new design standard in an otherwise predominantly traditional hotel landscape – Severin*s oozes James Bond glamour with pine interiors, fires in the rooms and fur throws. 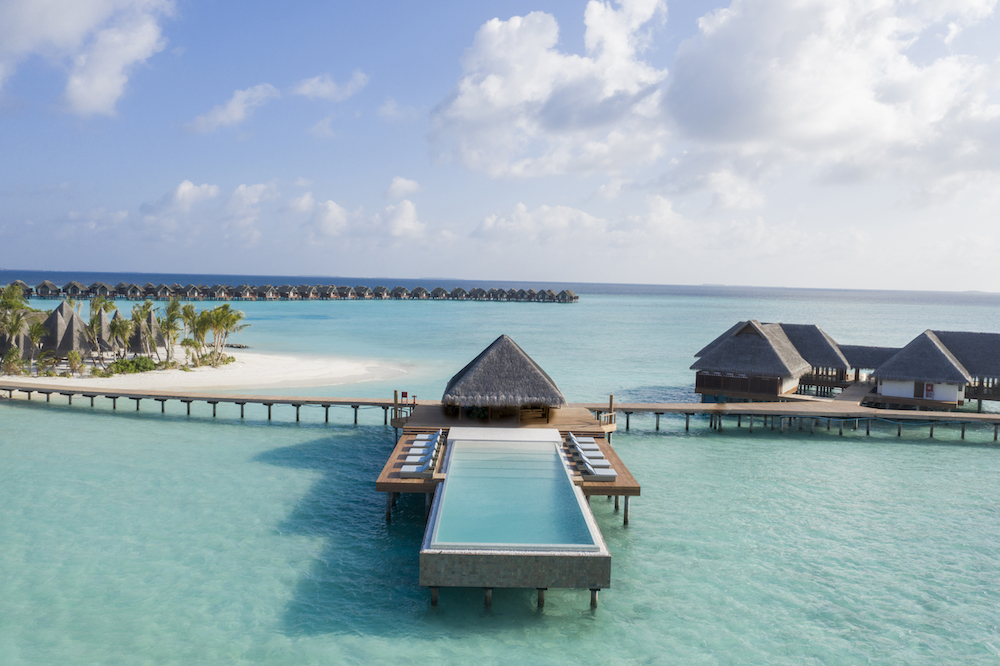