Hotels that are self-isolating in style (part 2) 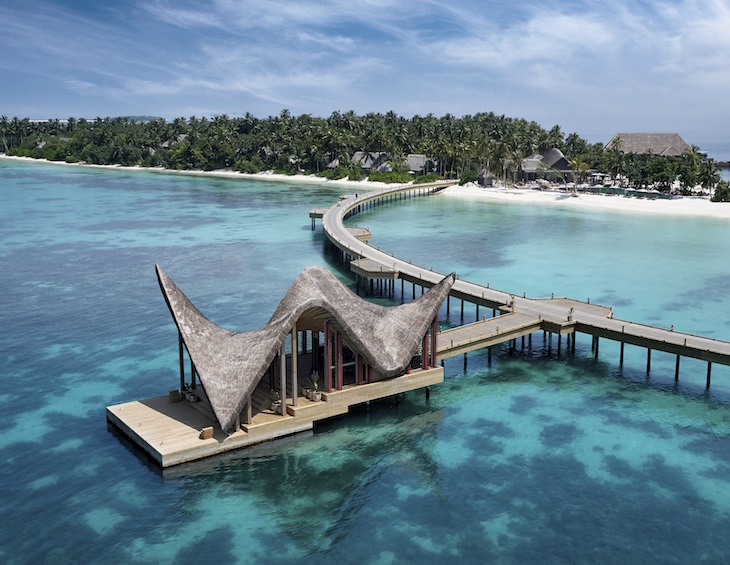 While the entire world continues to feel the effects of the COVID-19 pandemic, Hotel Designs is turning up the temperature on the editorial desk. Part two in the series ‘Hotels that are self-isolating in style’ takes editor Hamish Kilburn on a journey of discovery without his feet even leaving the ground…

The industry has really taken a hit from COVID-19. While some hotel groups are in talks to transform their hotels into hospitals, others are shining as beacons of hope for locals in lockdown.

The outbreak is also taking its toll on the major trade events that the industry was looking forward to attending; MEET UP London and Clerkenwell Design Week are the latest events that have been forced to postpone until later in the year.

Following on from part one in this series, Hotel Designs has taken the baton in this unfair relay to maintain a steady pace of inspirational stories in order to keep moral in the industry high. If you are understandably lacking Monday motivation, just think that once all this is over everybody is going to be booking – and needing – a holiday. Here are a few gems that are naturally self-isolating in style. 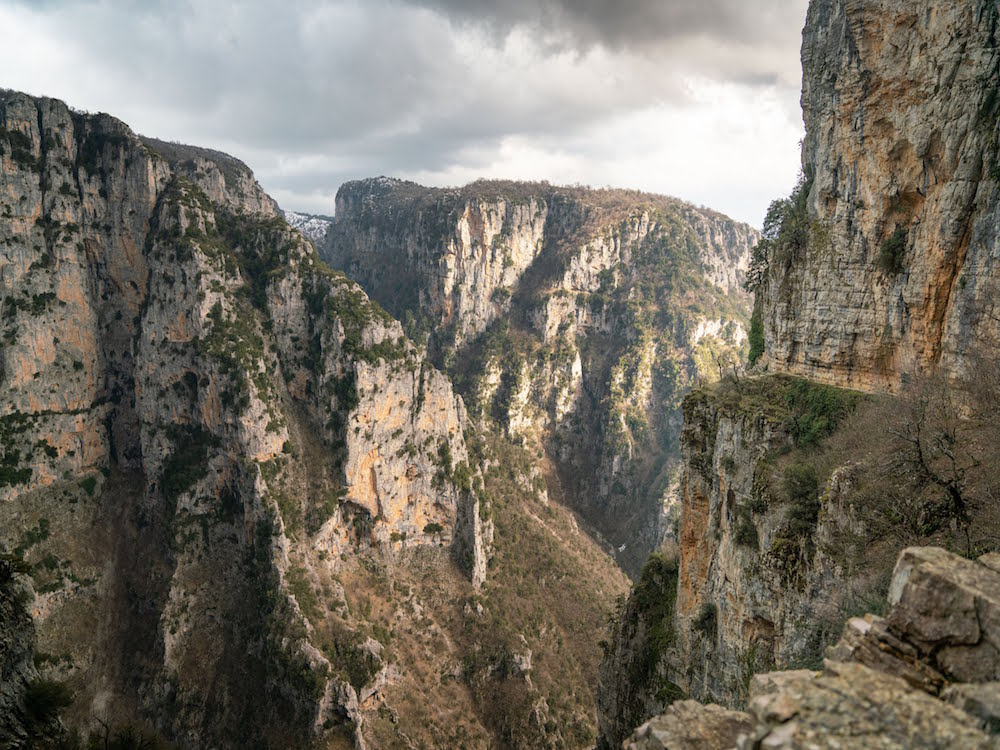 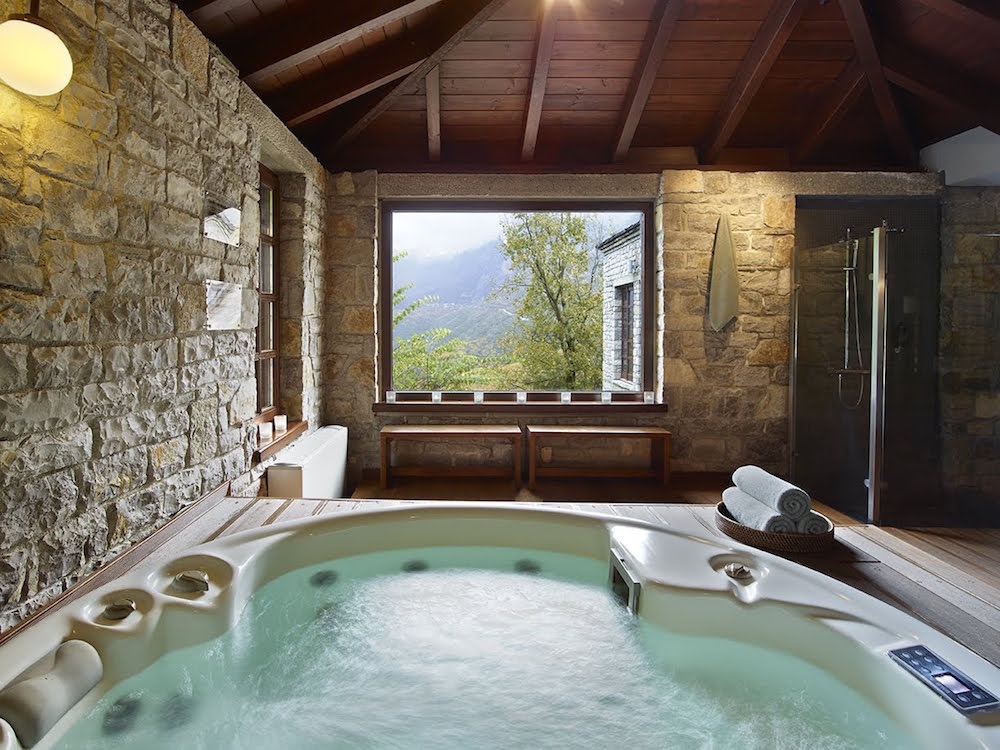 ‘Off the beaten track’, and then some, Aristi Mountain Resort and Villas is the perfect location for travellers who are looking for some adventure as well as some relaxation – think the opposite of a Greek package beech holiday. Situated in west Zagori, Epirus in north-western Greece, Aristi Mountain Resort & Villas is home to luxurious accommodation set within a wild and rugged landscape. 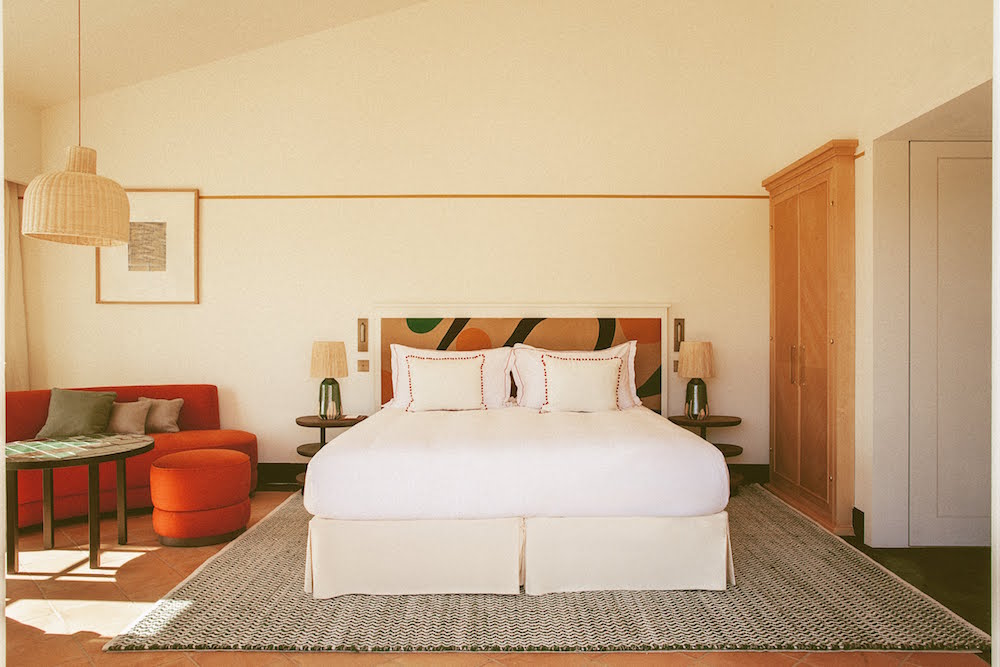 Captivated by the location to this day, the Pariente family, which recently opened Le Coucou in Meribel, took over the Hotel Lou Pinet in 2017 and completely transformed it with the help of the ultimate dream team. Charles Zana was invited in to be responsible for the architecture, landscape designer Jean Mus was called up to work his magic in the gardens, while the restaurant BeefBar was imagined and created by Riccardo Giraudi. The result is a luxury boutique hotel that works in harmony when it comes to both style and service. 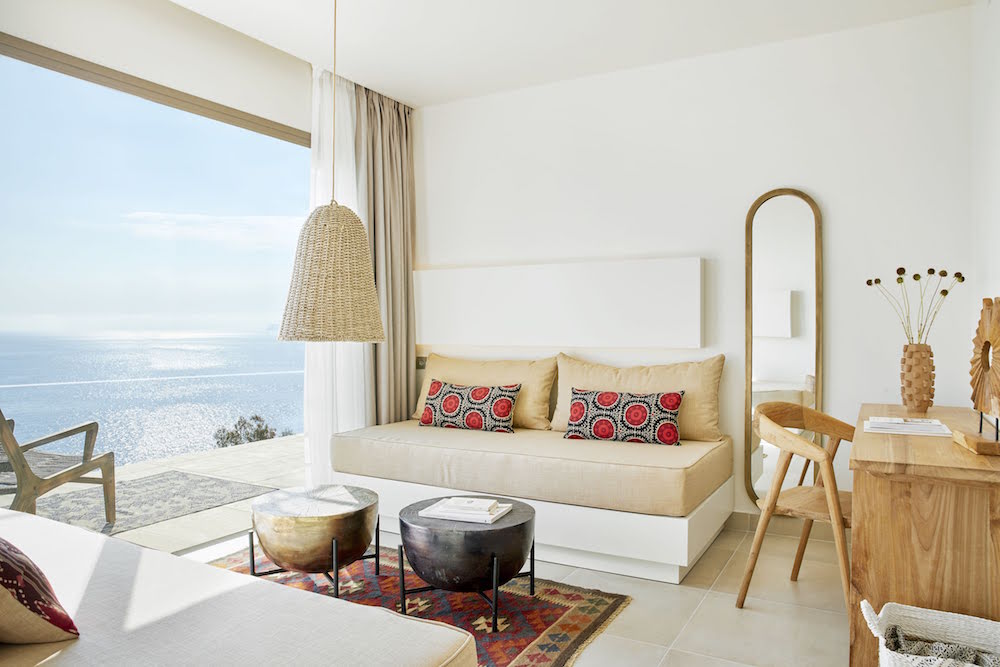 The soon-to-open Marbella Mix will become MarBella Collection’s first property to open outside the mainland of Greece. Like all motherships when it comes to leaving the nest, its children (of hotels in this case) can’t fly too far from the nest. The new hotel will find its home in the rugged mountains within the resort-studded shoreline of Corfo. 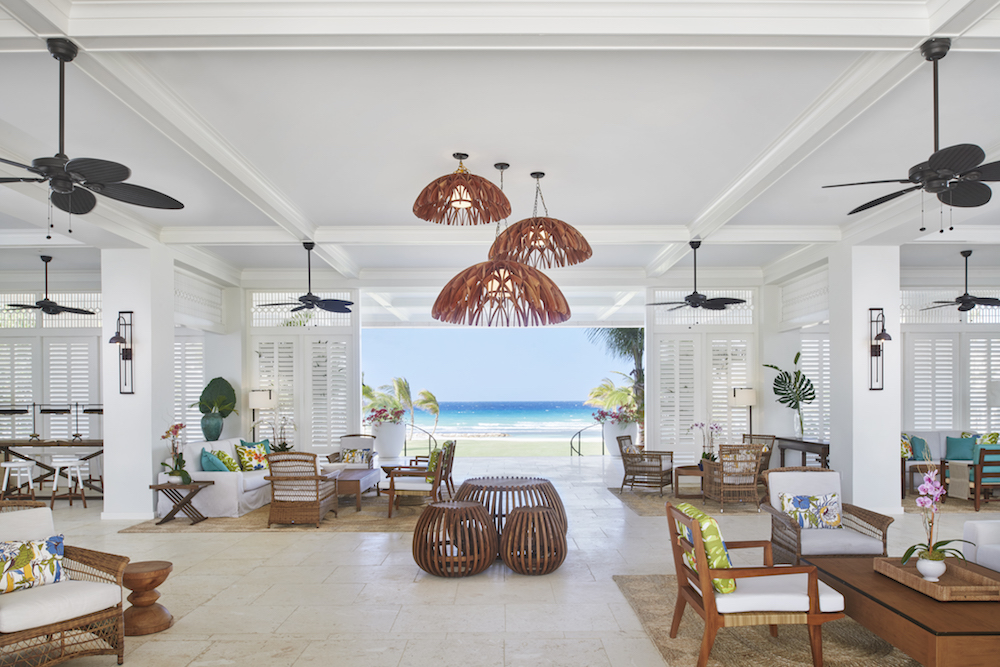 Image credit: Eclipse at Half Moon

Opened earlier this month, and nestled on the 400-acre Half Moon property, between the lush rolling hills of Montego Bay and the glistening Caribbean Sea, Eclipse at Half Moon is a celebration of authentic Jamaican culture and its surrounding natural beauty. The most luxurious addition to the Caribbean in a generation, the resort features 57 new beautifully appointed accommodations, a natural swimming cove, seven bars and restaurants, and a stunning infinity-edge pool with views of the Caribbean Sea.

The heart of the resort is the Great House, the property’s new reception area, marked by a large Gaungo Tree which was carefully replanted to ensure natural and mature surroundings. Inspired by traditional Jamaican design and the history of the property, the Great House is decorated with elegant shutters, vibrant colours and vintage photographs from Half Moon’s founding families. 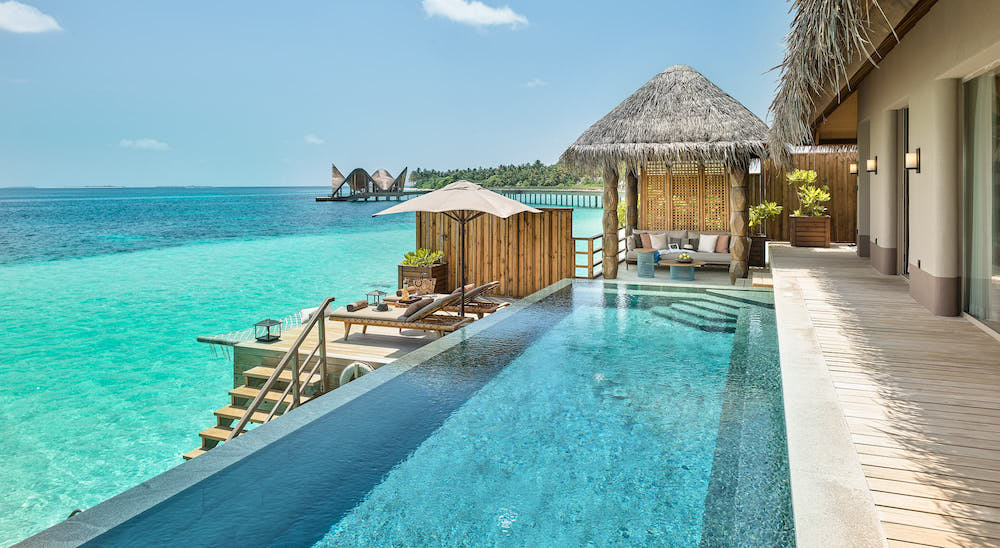 One of the Maldives’ few independent luxury hotels, Joali was designed around each and every palm tree on the island of Muravandhoo in the unspoilt Raa Atoll. A collective of young international artists from all over the world including Porky Hefer, who has worked with the Leonardo DiCaprio Foundation, and Misha Kahn, were commissioned to create an array of eco-inspired pieces of immersive art for Joali, made from natural and sustainable materials and each with an environmental message. Guests receive a map to the resort’s ‘art trail’ on arrival, including an underwater coral mosaic museum that can be experienced when snorkelling, a giant Manta ray shaped treehouse among the palms for sunset cocktails and special dinners and a hanging, woven heron’s head on the beach that guests can sit inside and read a book. 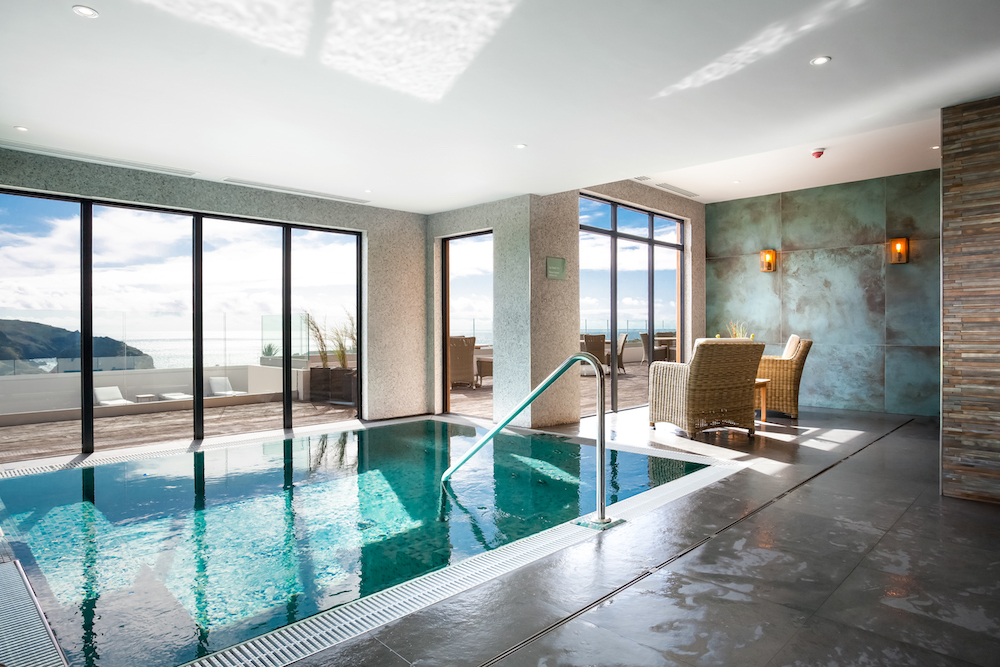 The clifftop retreat, Mullion Cove Hotel, with its infinity pool and stunning sea views enhances the hotel’s existing offering and marks a new chapter in its history. Hart Miller Design were selected to create a distinctive spa experience, unique to the South West of England. At the heart of the project is a contrast of scale – placing intimate human sensory experiences within a jaw-dropping natural location of rock, sea and elemental power. Japanese mountain retreats were taken as a key inspiration, grounded in ritual and symbolism.