Crown Group secures land for debut project in the USA 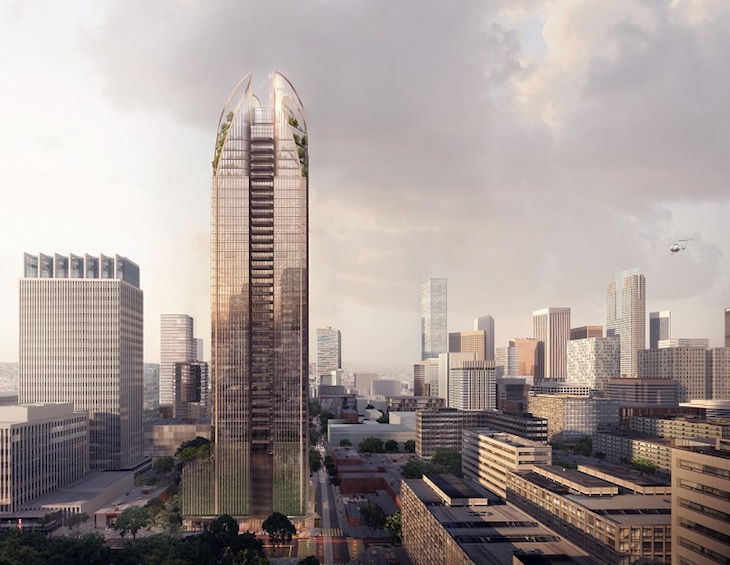 Australian residential developer Crown Group has taken the next steps in its first move into the US market, where it plans to develop a $500 million mixed-use high-rise condominium and hotel tower that will bring a touch of the enviable Aussie lifestyle to LA’s burgeoning Downtown district.

Crown Group is progressing entitlements with Los Angeles City Hall for the proposed tower, which is earmarked for the southeast corner of South Hill and 11th streets at the convergence of Downtown’s financial, fashion and South Park districts. Crown Group has formed a joint venture with a Singapore-based company, Magnus Property Pte Ltd, and one of Indonesia’s biggest property developers, ASRI, the premium lifestyle brands division of Agung Sedayu Group, which has won 20 awards for 33 projects since they were founded in 1971. Some of ASRI’s most notable developments include The Langham Jakarta (the first in Southeast Asia), The Langham Residences (the first Langham-branded residence in the world), as well as premium estates such as Fatmawati City Center and District 8 in the heart of Jakarta’s CBD. The joint venture group settled on the Downtown site in November 2019.

The striking 43-storey tower, designed by world-renowned architect Koichi Takada, is destined to redefine the Downtown skyline and will embody Crown Group’s philosophy of melding inspired architecture with a futuristic vision of a new way of living, to become an iconic landmark for the city. The project at 1111 Hill Street is expected to be completed in 2024.

“It is our desire, through a nature-inspired approach to architecture, to transform an old warehouse district into a living breathing neighbourhood in LA,” Takada explained. “We want to humanise tall buildings, to celebrate the pedestrian activities and consider how people experience it,” he said. “We want our tall building designs to be more engaging for the public, and to contribute to the community by activating and creating a connection with the neighbourhood.”

The high-rise sections of the building will comprise 319 condominiums with an exclusive residents’ retreat over the top two floors and a façade design that references California’s gigantic ancient redwood trees. A dramatic street canopy will ground the tower and incorporate a “breathing green wall”, designed to improve the city’s air quality and introduce a unique landscaping feature to the Downtown streetscape.

Crown Group’s LA office is also in discussions with several luxury hotel brands to incorporate a 160-key hotel in the low rise of the building, which is set to become one of the city’s’ most desirable getaways.

“It’s rare to find the central district of a large cosmopolitan city on the verge of such significant change,” he explained. “Downtown is experiencing a once in a generation revival – led by the heightened convergence of tech, media and entertainment in Los Angeles. There’s a great deal of investment and it’s exciting to think of what Downtown will be like in another few years’ time. It will be a highly sought-after place to live.”

Crown Group Head of US Development Patrick Caruso said the development would offer an appealing point of difference for buyers in Downtown LA and bring a new version of condominium living to the district.

“It’s a fast-evolving part of the city yet there is limited choice when it comes to well-designed homes,” Caruso added. “We anticipate that this new mixed-used development, which will offer attainable luxury living with never before seen facilities including an exclusive rooftop residents’ retreat, collocated with a quality branded hotel will be very well received by those looking for a new condominium.

“It’s clear that buyers are seeking more diverse offerings, so our fresh and unique Australian approach of functional resort style-living melded with sophisticated architectural design will fill a significant gap in the market.”

Established in Sydney in 1996, Crown Group has built its reputation on delivering iconic luxury developments and today has a $5 billion pipeline spanning five cities and two continents.

Crown Group and Koichi Takada Architects are the creative pairing behind a series of major residential apartment projects in Australia including a stunning condominium and hotel tower called Arc by Crown Group in Clarence Street Sydney, which has won numerous international awards.

In 2019 they completed the sell-out Infinity by Crown Group, with its famous looped shape, at Green Square, just 4km from Sydney centre. Koichi Takada has also gained worldwide recognition for designing the stunning interiors of the National Museum of Qatar in the Middle East, which were unveiled in 2019.