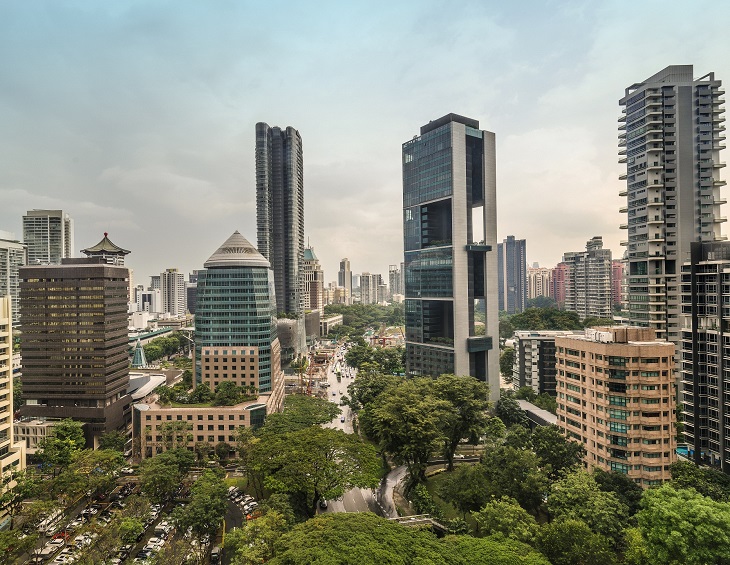 Nestled within a city/country that is widely known as a modern metropolis that is leading the way in sustainable design and architecture, Four Seasons Hotel Singapore has lifted the lid on its newly completed interior design renovation, celebrating the natural, verdant flora that the island is unmistakeably known for.

Somewhat becoming a major source of inspiration for the design team, the hotel is situated amidst lush foliage on the fringe of one of the world’s largest shopping street, Orchard Road, a mere five minutes away from the a UNESCO World Heritage Site, Singapore Botanic Gardens. With the creative direction of celebrity Floral Art Director Nicolai Bergmann since April 2019, guests are greeted fresh florals in the Grand Lobby at arrival.

The guestrooms and luxury themed suites alike were revamped in the last six to twelve months in preparation for the hotel’s Silver Anniversary. Replacing deep, rich palettes are now contemporary interiors that feature a natural colour palette of dusty cool blue tones and lime green accents, inspired by the water and tropical lotus leaves of the Singapore Botanic Garden’s Swan Lake. Each room also features a mural wall composition of traditional Peranakan tiles, adding an artistic touch and reminiscent of Singapore’s rich and multicultural heritage. Peranakan culture represents the union between two or more major ethnicities of the Straits Peninsula – a result of Singapore’s historical significance as a major trading port. Large floor-to-ceiling windows provide sweeping views of the city and surrounding greenery, while white-colonial style doors and windows with plantation shutters, reminiscent of Singapore’s once-agricultural history, allowing for the natural light to brighten the rooms. 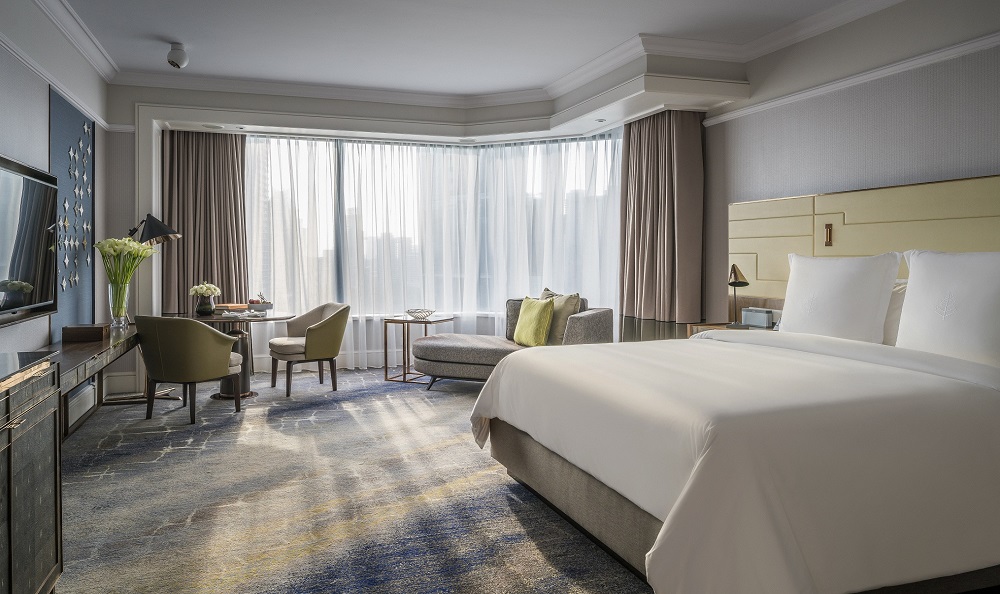 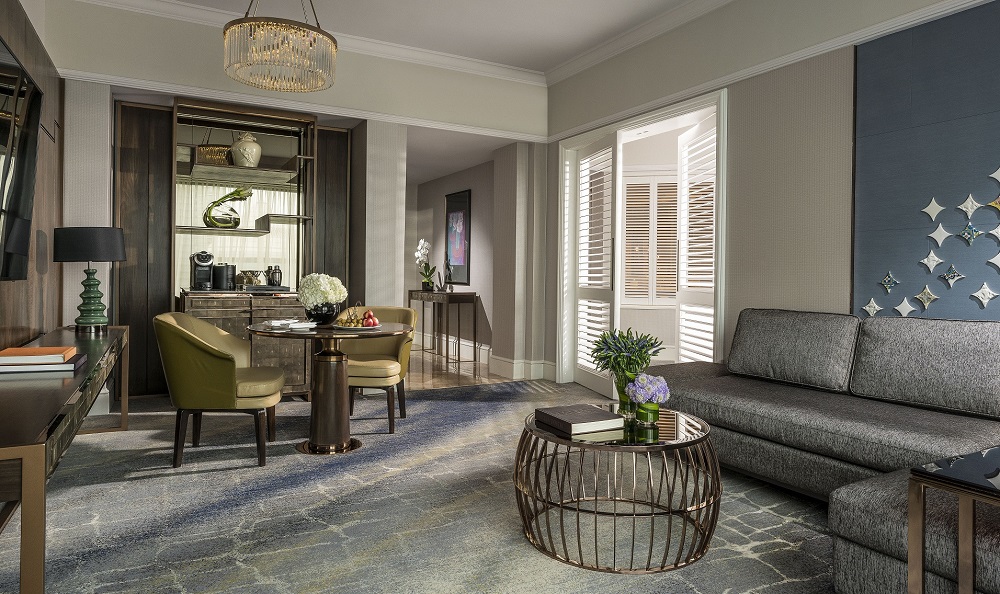 The passion for a nature-enlivened, tropical ambiance continues from the private areas to the restaurants and bar at the Four Seasons Hotel Singapore.

Relaunched in March 2019 after a month-long revamp, One-Ninety, the breezy, botanical modern Asian brasserie teases with its Asian twist on wholesome Provençal cuisine. The adjourning resort-style alfresco Terraza is perfect for unwinding with a classic in hand and weekend tete-a-tete over a tri-terraced Floral Afternoon Tea that intrigues with flora-infused treats, launched in end-May 2019. Embodying the concept of “Xiang Le Zhu Yi,” or the principle of enjoyment and happiness, newly minted Michelin-starred restaurant Jiang-Nan Chun is not only evocative of the pastoral lifestyle of Jiang Nan region’s traditional river villages through its rustic décor, but also through its authentic Cantonese cuisine.