Following Fiona Thompson spectacularly winning at The Brit List Awards 2020, where she virtually walked away with the Outstanding Contribution to the Hospitality Industry title, Hotel Designs is finally about to present the Principal at Richmond International with her trophy. Editor Hamish Kilburn joined the designer for lunch and a catch up in their home county, Kent, commonly known as the Garden of England…

Admittedly, there was little to celebrate in 2020. For so many, the year is now a blur in history following Covid-19 and the pandemic which followed putting an eraser through any of last year’s social and then plans. The hospitality industry waded through each lockdown and slowly but surely hotels around the globe started to re-emerge – but, even now, travel restrictions are preventing the industry to thrive as it did before.

Despite the year being challenging for the majority of industries, it would be remiss to ignore the heroes in hospitality and hotel design who proved themselves of their leadership skills to put forward meaningful solutions while allowing us, the media, to share their community-centred and selfless initiatives.

The Brit List Awards 2020, which was broadcasted in November 2020 as a virtual event due to the circumstances at the time, aimed to do just that – with The Stock Exchange Hotel in Manchester’s Gary Neville, among other individual award winners, scooping up Hotelier of the Year following its decision to close its doors in order to open them up, free-of-charge, to NHS workers during the peak of the pandemic.

The Outstanding Contribution to the Hospitality Industry category, for many reasons, is the most prestigious award of the campaign – past winners include Kit Kemp and Robin Shepherd. It is open to all designers, architects, hoteliers and developers. Last year, the award was presented to Fiona Thompson, Principal of Richmond International, who was, in fact, the first designer I ever interviewed. Richmond International, a studio that Thompson was adamant to remain London, has completed projects such as Sandy Lane in Barbados, Rosewood Miramar Beach, The London West Hollywood and a cluster of Four Seasons and Langham hotels to name but a few. What’s more, I have seen first-hand Thompson supporting and inspiring the next generation of designers, such as Harry Allnatt who was a finalist in our 30-under-30 campaign a few years ago.

Between the award ceremony in November to now, there have been limited opportunities – if any at all – to see Thompson in person in order to celebrate her new title. But just the other day, we found the perfect time, place and weather to meet, allowing us to finally present her with the timeless trophy in recognition of her style and character.

Over lunch, nestled in the quiet countryside of the Garden of England, we caught up to explore diversity in design, getting the industry back on its feet and how much the industry has changed in more than 55 years since Richmond International first launched. 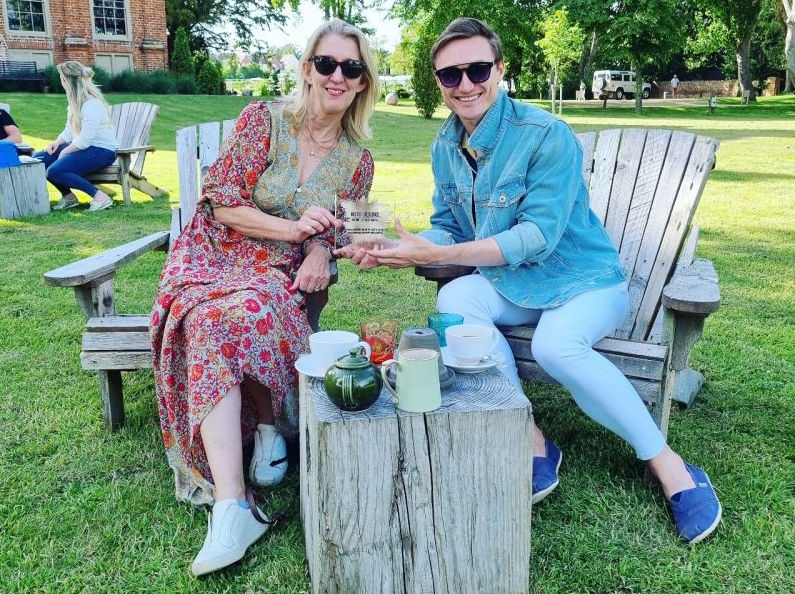 Hamish Kilburn: What have been the biggest changes since you started at Richmond International to now?

Fiona Thompson: The industry has changed so much since I joined Richmond International as a designer in the early 80s, and then again as a studio director in 1992. In this time, we have seen a huge increase in new hospitality brands popping up around the world, an increase in demand for specialised spaces such as spas, the rise and integration of technology in hospitality settings, and a greater focus on environmental and socially sustainable design, to name a few. 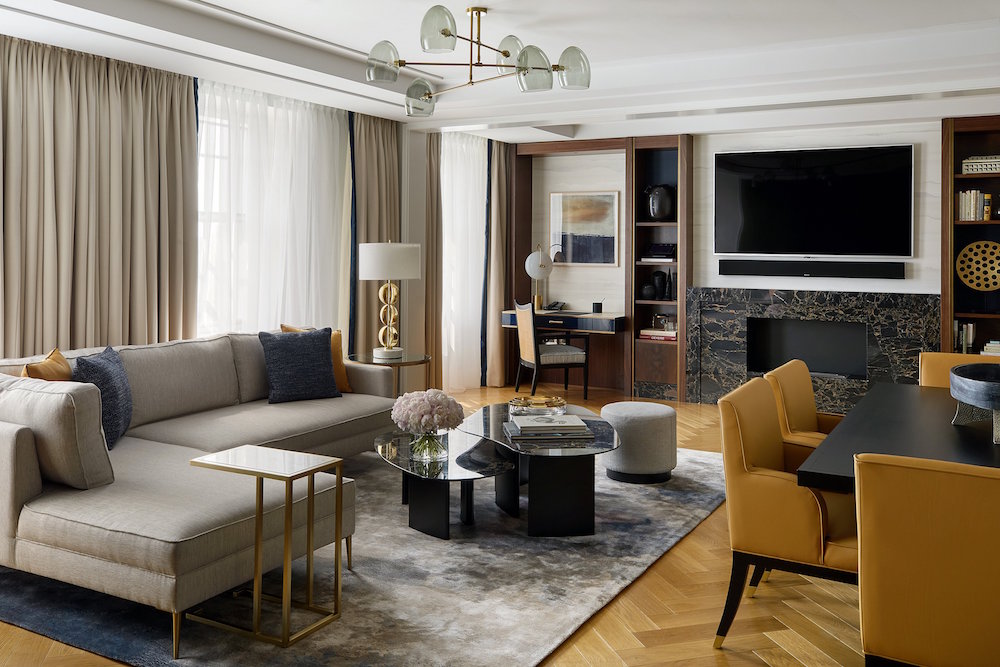 Another key change has been the way that consumers use hospitality spaces and therefore what they demand from them. This was in fact the main driving force behind one of our latest projects, Múzsa at Four Seasons Gresham Palace, Budapest. We were tasked with responding to the changing demands of a hotel lobby and to create an experiential space with an energy that could attract both hotel guests and locals. 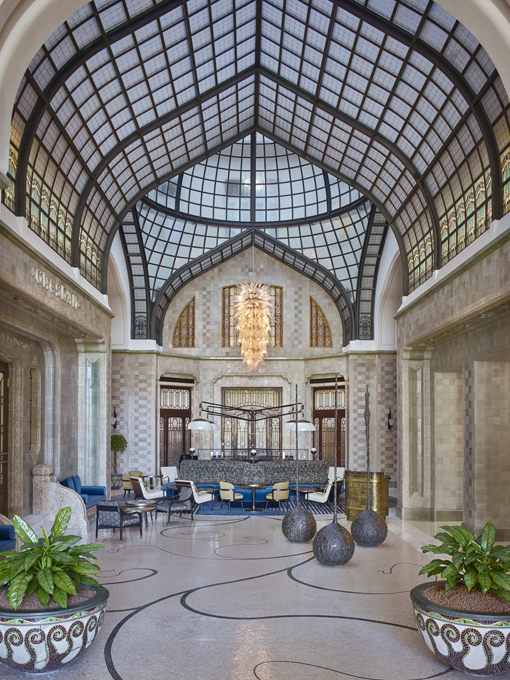 With this project, we moved away from traditional lobby design, in favour of creating distinct guest experiences, from sampling local wines in the tasting room to sipping cocktails in the lively, central bar. This not only gives the property its own vibrant identity, but it also helps drive revenue in a space that traditionally people just pass through.

HK: As our winner of the Outstanding Contribution to the Hospitality Industry award, what words of advice do you have for designers struggling at the moment?

FT: It’s been a tough year for everyone for so many reasons, both professionally and personally, but now it’s time to pull together as an industry so we can bounce back stronger than ever. It’s difficult to see great designers struggling, but with restrictions beginning to ease and life starting to feel slightly more normal again, we’re already seeing positive signs; for the first time in a long time there’s confidence in the market and new projects with fresh investment coming back online. 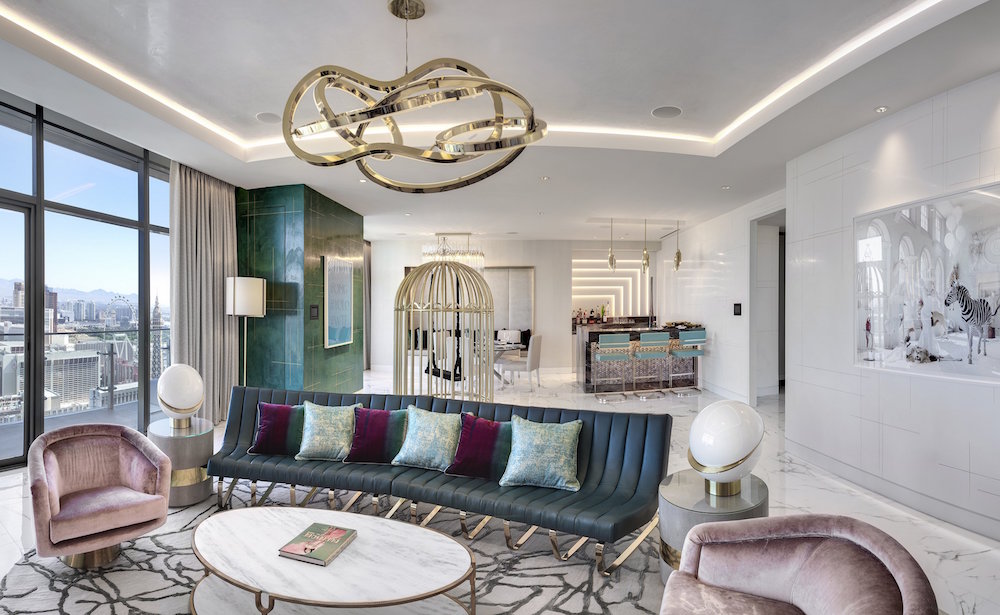 HK: What is the secret to success in hotel and hospitality design?

FT: We’ve been in the hospitality design business for over 55 years, and in that time, we’ve learnt that the key to success is always a great team, which includes clients, operators, consultants and of course designers. Any project in a hotel or a cruise ship is a mammoth task that demands the commitment and efforts of so many different people. 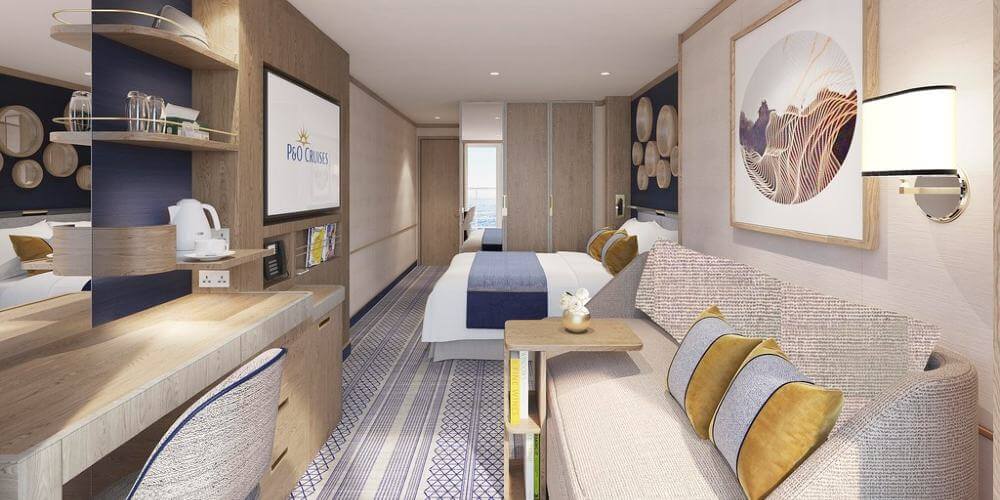 The most successful and enjoyable projects are always the ones where every player is pulling in the same direction. It’s important to remember that the initial design is only part of a long process, where ideas constantly evolve, so it’s vital that the entire team is aligned and working towards a clear vision.

In more challenging environments, it’s our job to listen and respond to conflicting points of view, but ultimately be prepared to fight for our designs and see them through to the end. 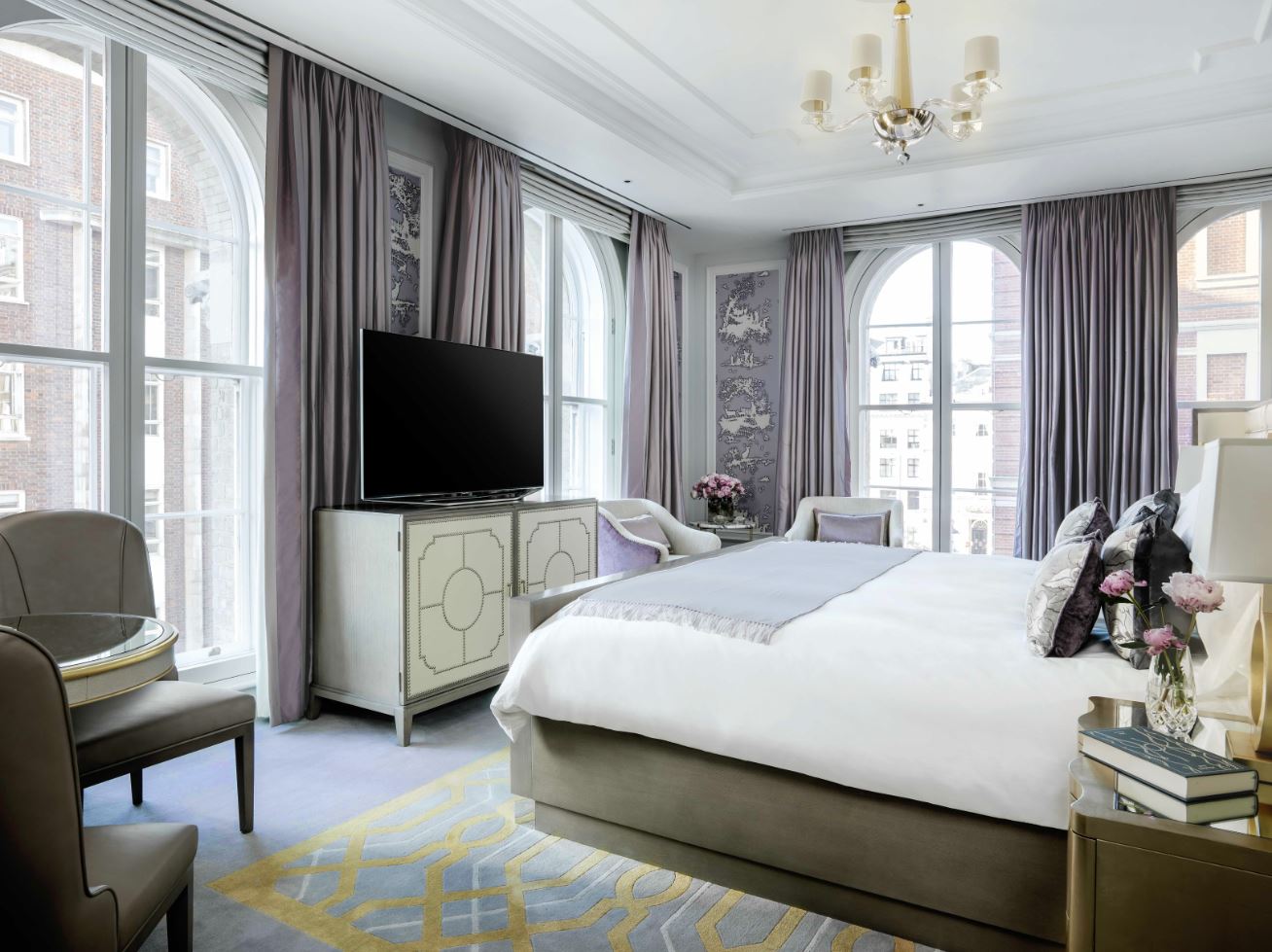 “Surround yourself with design and designers, be observant and open to new things and learn as much as you possibly can from the people around you.” – Fiona Thompson, Principal, Richmond International.

HK: We recently celebrated International Women’s Day at HD. What advice would you give young designers wanting to climb the ladder – and were there any female mentors when you started in the industry?

FT: At Richmond International, we support and champion all great designers and recognise the importance of mentoring and nurturing young talent. We’re a relatively inclusive industry, that is often less male dominated than the likes of architecture, but it’s still essential we continue to bring talented females into the industry and up the ranks into senior positions. 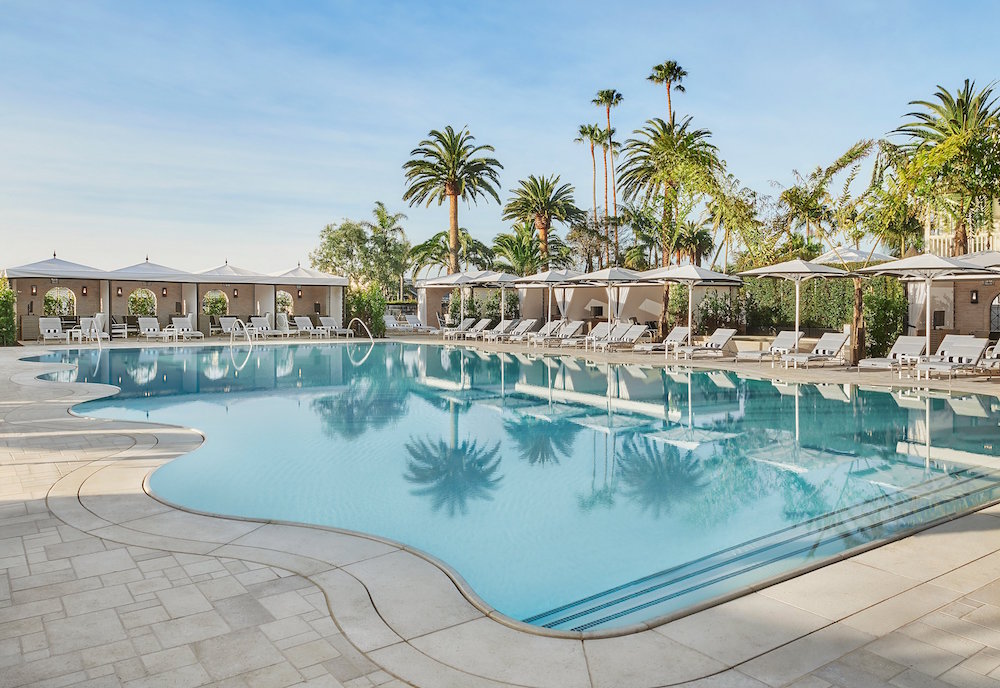 My biggest piece of advice for any young designer would be that you must love what you do and be passionate about the industry. Surround yourself with design and designers, be observant and open to new things and learn as much as you possibly can from the people around you. Secondly, I would always encourage young designers to be brave, bring your ideas to the table and contribute positively. As designers we would never criticise someone for suggesting an idea, good or bad, it’s all part of the process. 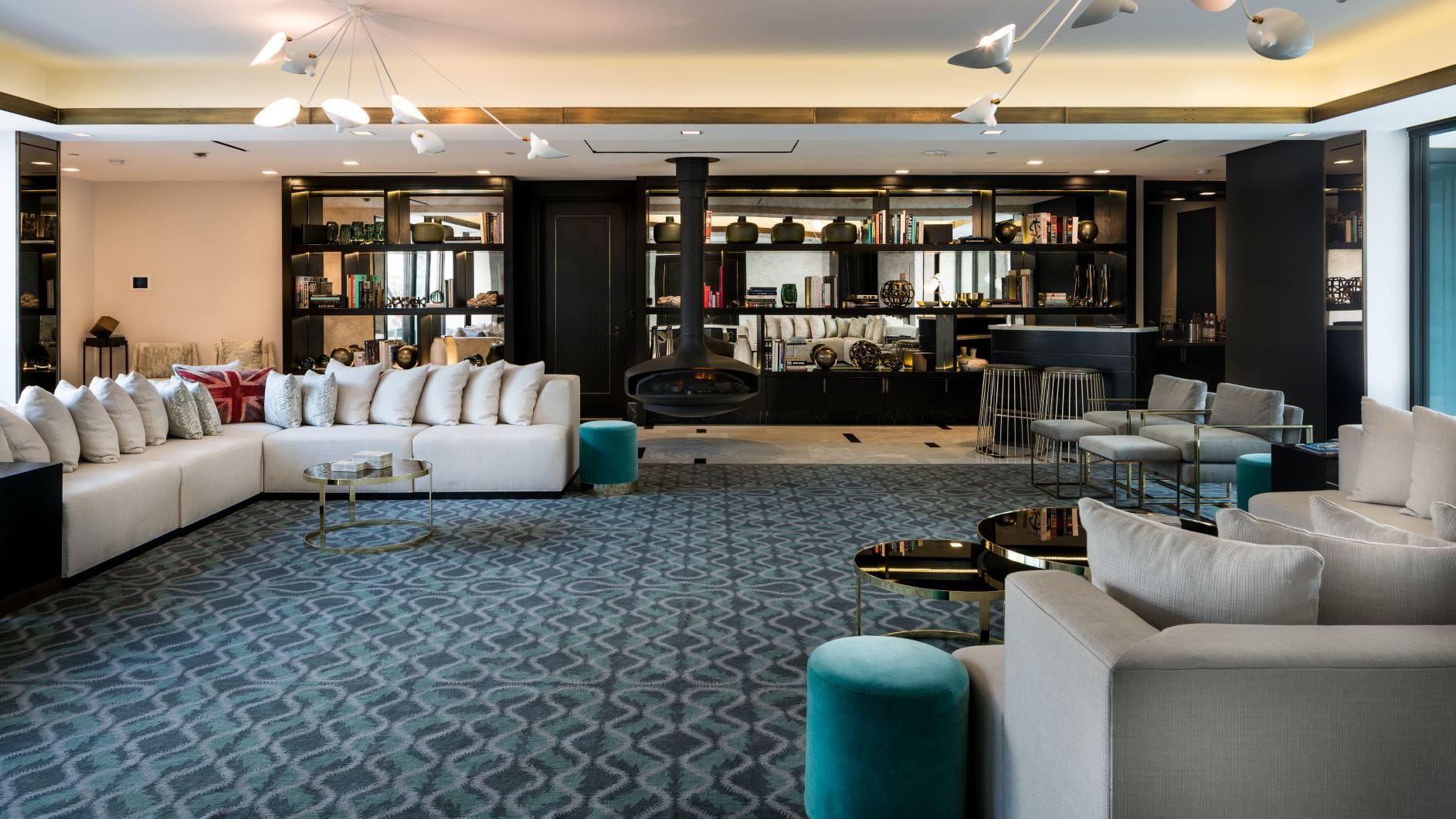 HK: What lessons have you learned during lockdown?

FT: A big learning for me is that we can successfully work remotely, especially for aspects of the job like team and client meetings. That being said, the value of face-to-face meetings should not be underestimated or forgotten. When meeting a client in person, there’s an opportunity to build chemistry and trust, and when we’re all in the studio we can bounce ideas around and brainstorm together. There is a real spark that’s created from in-person collaboration, it’s certainly something I can’t wait to get back to.

Without commuting and having to travel to projects, which ordinarily is a huge part of the job, I’ve definitely seen an improvement in my own work/life balance, as well as that of my colleagues. While travel will inevitably return, the balance is something we will be more mindful of as a company moving forwards.

HK: What other projects are Richmond International working on at the moment?

Despite the events of the past year, we’ve been extremely busy. The team have worked on lots of exciting new projects, including the renovation of the iconic The Langham, Boston, the refurbishment of Tuscan hotel, Grotta Giusti and the introduction of a new destination spa on site, as well as various spaces onboard the new addition to the P&O fleet, P&O Iona. We will be able to give you more details on these very soon! 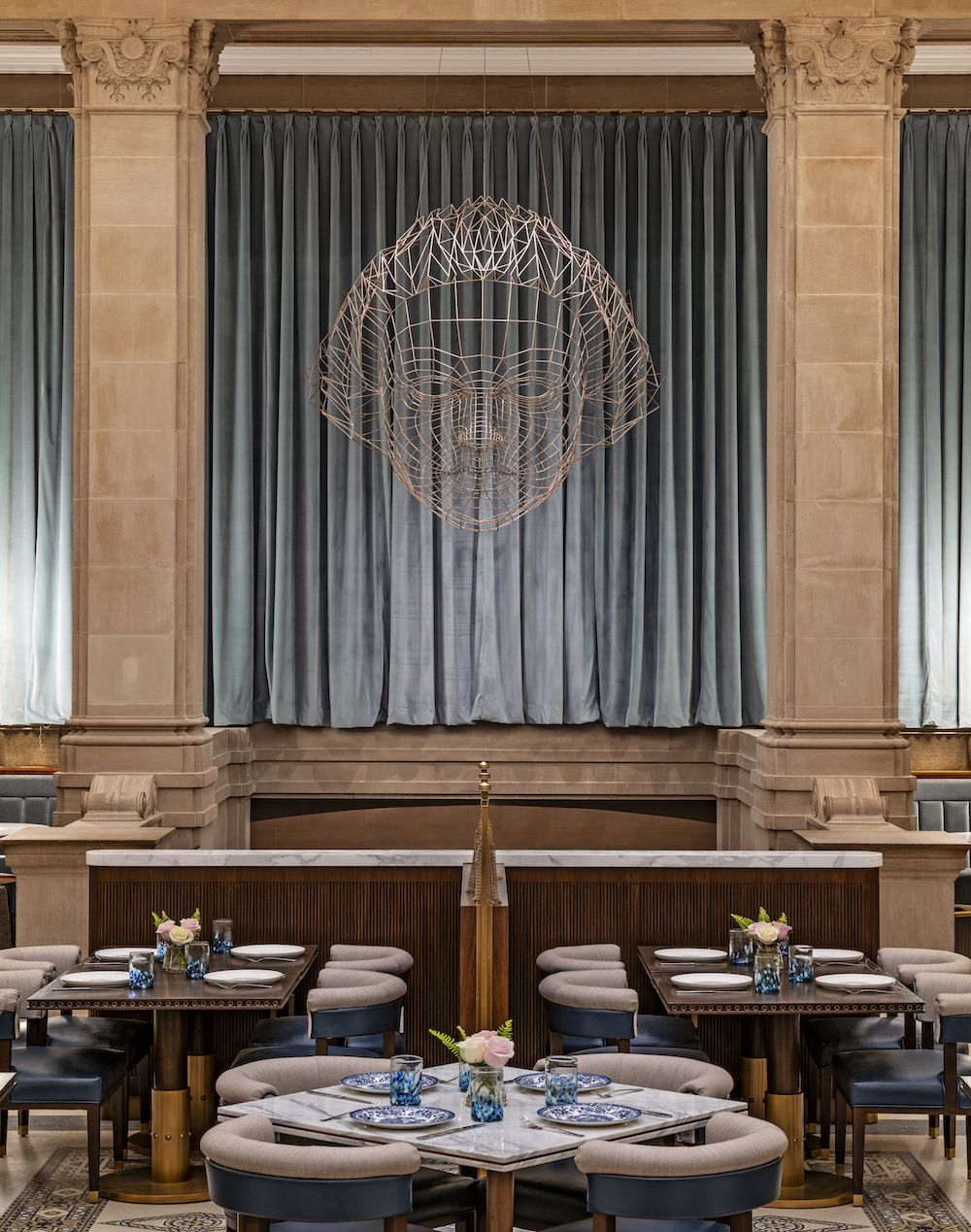 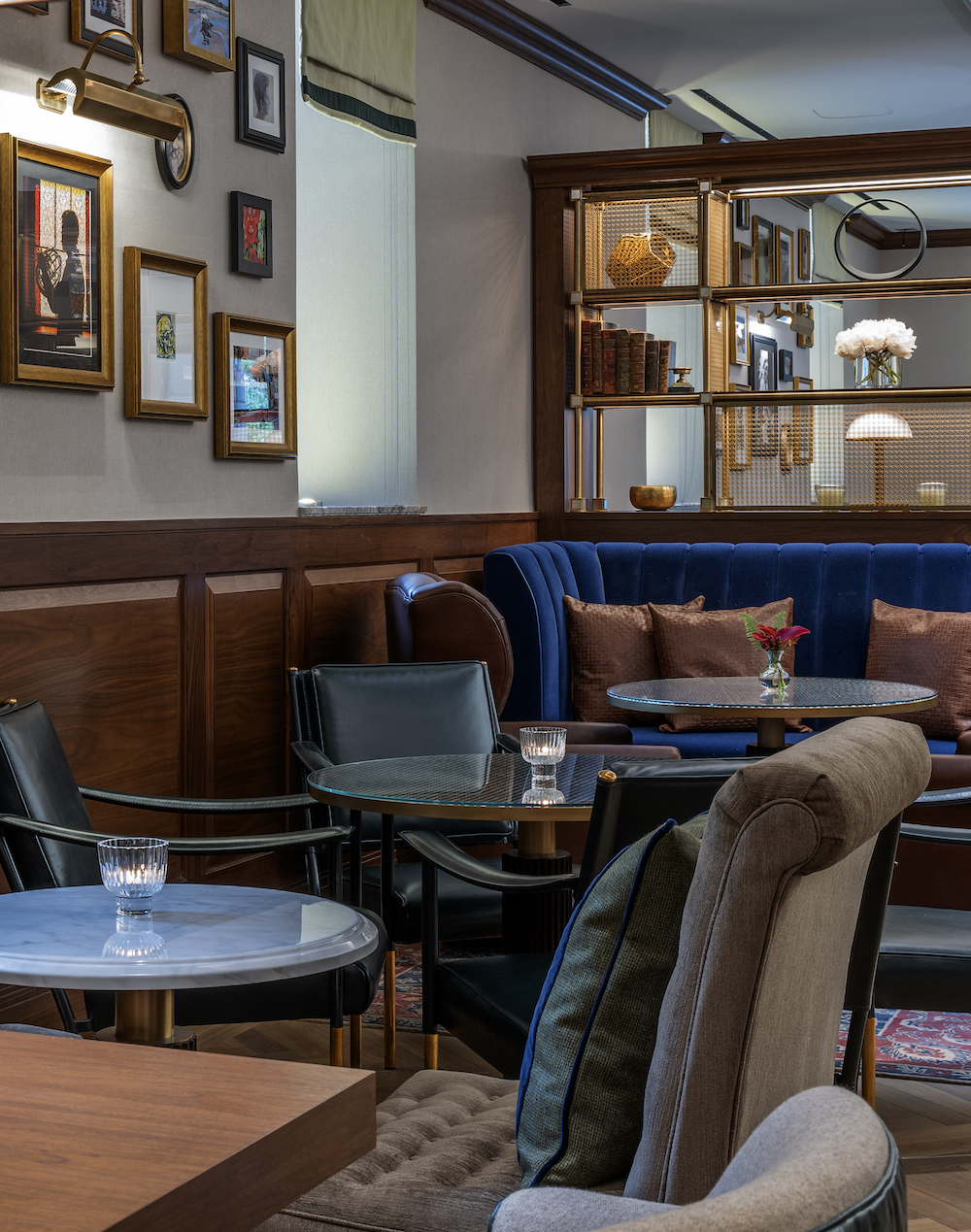 HK: If you had the power, what words would you ban people using in the industry?

I think it would have to be photo sharing social media sites. While they are brilliant for showcasing visuals and discovering new and exciting hotels, restaurants, bars and even designers from all corners of the world, I worry that it can often stifle our creativity and curiosity. For me, great designs are born from team brainstorms and discussions where designs are reviewed and evolved based on new discoveries and changes in approach. After this process, the finished product will not just be aesthetically pleasing and fit the purpose but also completely original, rather than a replica of something that we’ve seen online.

If you would like to take part or nominate someone for The Brit List Awards 2021, you have until August 6 to do so. Once entries close, the shortlisted finalists will be announced in September and the award ceremomny will take place on November 3 at PROUD Embankment, London.