The Wellesley to transform hotel façade 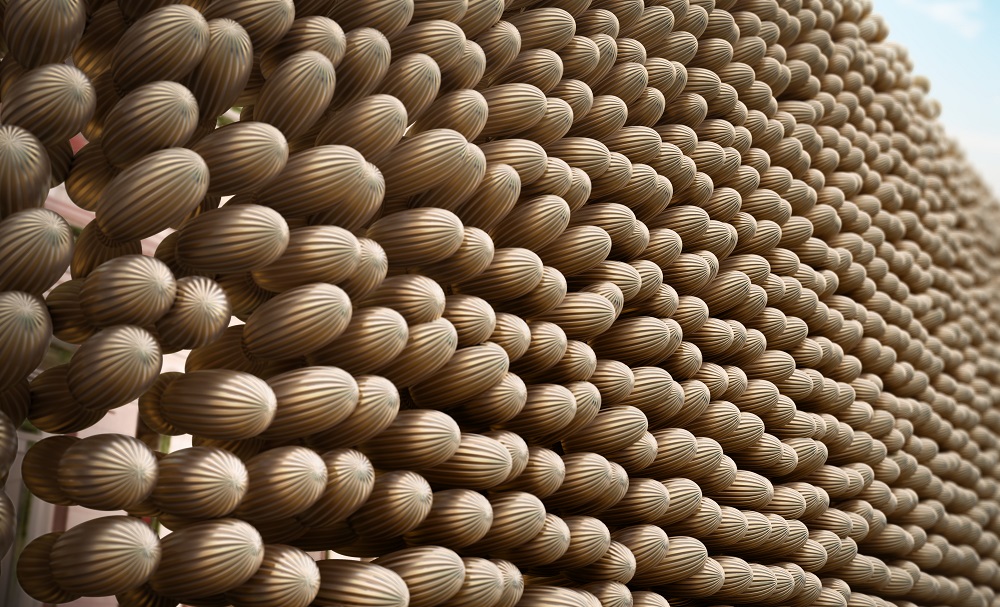 The Wellesley has appointed Lee Simmons, the visionary artist and designer, and Make Architects, the award-winning architectural practice founded by Ken Shuttleworth, to create a new and bespoke sculptural screen for the front of the hotel that sits opposite Hyde Park Corner.

The artwork will house the hotel’s renowned Cigar Terraces and will provide guests with an oasis to sample some of the world’s finest cigars from Europe’s largest humidor.

The Wellesley has recruited Lee Simmons, a rising star in London’s design scene who has received several high profile commissions since graduating from The Royal College of Art in 2011. Make Architects were chosen specifically for the project due to their outstanding credentials and experience in this area including their work on The Temple House Hotel in Chengdu and The Montpellier Chapter in Cheltenham. 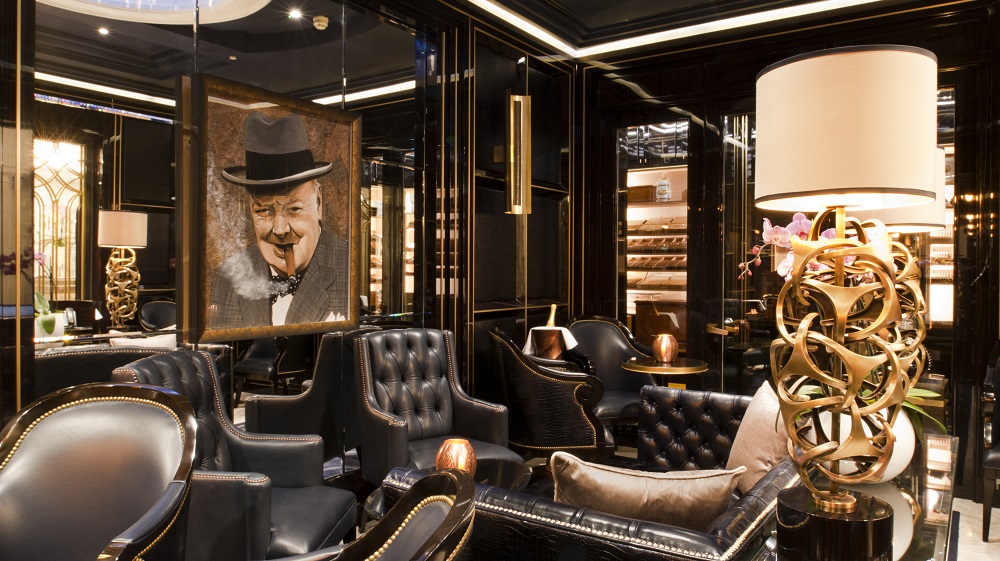 The building was originally constructed in 1920 to house the Hyde Park Corner Tube Station. It is famous for its original frontage, a distinctive oxblood red tiled façade by Lesley Green and its Art Deco interior which was lovingly restored when the building opened as The Wellesley in 2012. This new project celebrates the façade, whilst granting privacy to the Cigar Terrace’s patrons. Cleverly designed as a functional work of art, the screen will still provide views of Hyde Park from the hotel as well as allowing passers-by to enjoy the historic hotel architecture. 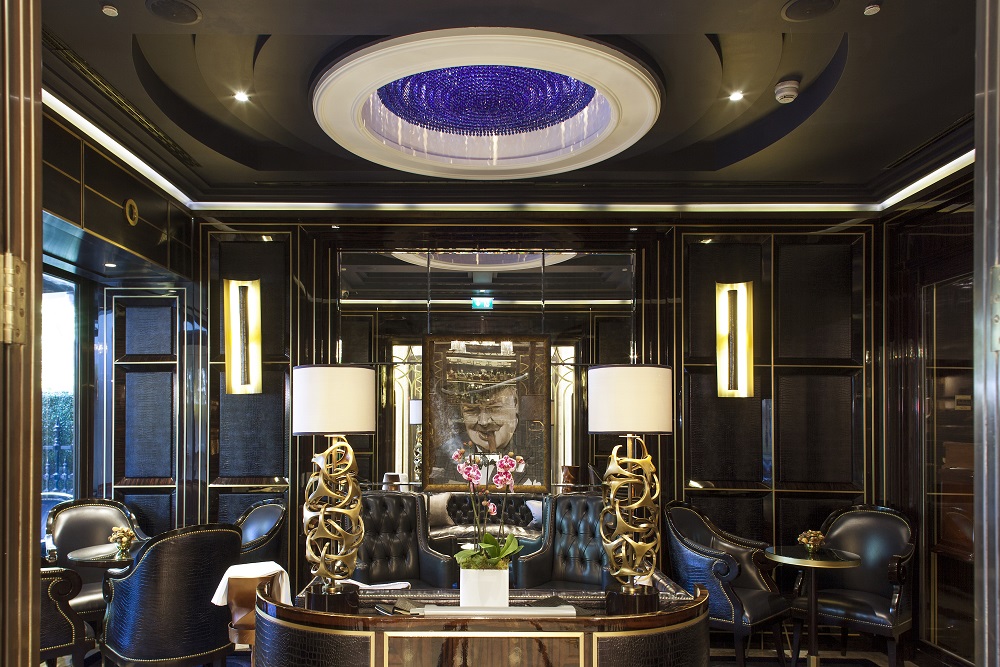 Ken Shuttleworth, Make’s Founding Partner said: “It’s great to expand our portfolio of hospitality work, here in London, especially on such a fantastic heritage building. With their protective panels and permeable screen, the terraces are private and transparent at once. They’re set to make a significant addition to The Wellesley as well as the Belgravia Conservation Area at large – one that reflects the natural beauty of Hyde Park and reveals the character of Knightsbridge’s architectural history.” 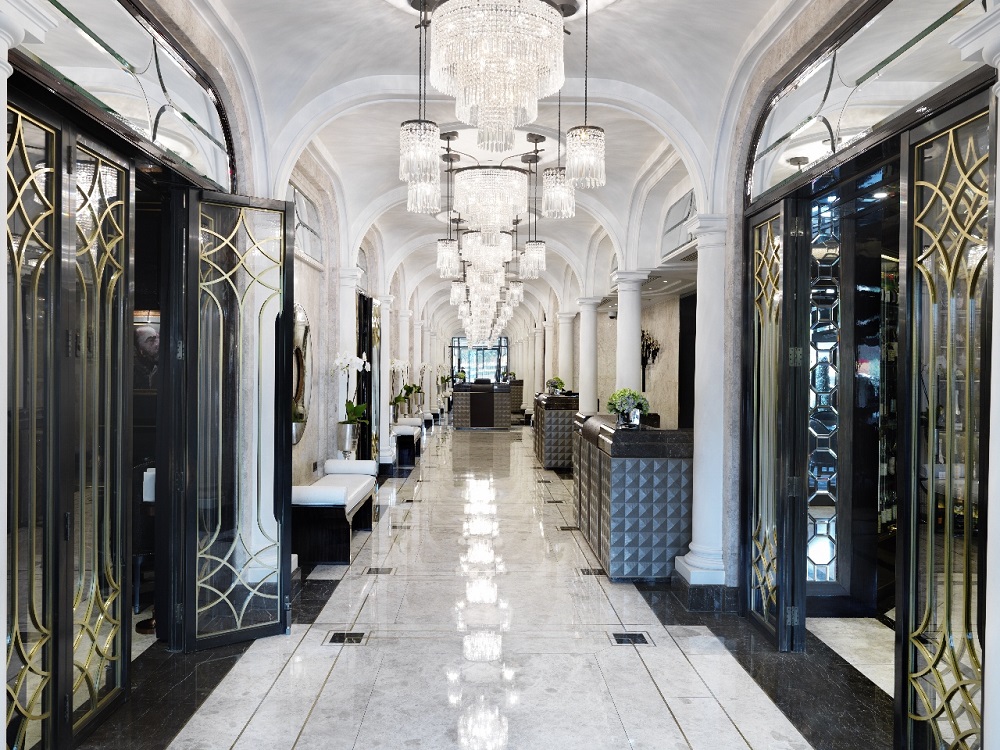 Each terrace comprises a transparent structure of clear-glass columns and beams, topped by a fully glazed glass canopy that keeps users dry in all weather conditions. Cantilevered vertical glass panels, allow views of the park but block the wind, while vertical bronze fins, inspired by the avenue of trees along South Carriage Drive provide privacy for back-of-house staff. Enclosing the terraces is a specially commissioned metal screen by artist Lee Simmons. The screen is subtly lit, letting in small pockets of light while also revealing glimpses of the hotel’s celebrated façade.

Lee Simmons says “The concept for the screen was born out of the idea of constructing a surface that reflects and captures an essence of Hyde Park. The piece will be constructed out of 15,000 individual cast metal buds suggestive of flowers. The overall aim of the artwork is for it to enrich the area and encourage the wider public to engage with it. The screen is in keeping with the design ethos of Lesley Green’s original architecture following a circular, reoccurring pattern and with attention to detail being put at the forefront.”

The project is due to start on 1 June 2017 with completion planned for the end of the year.