SNEAK PEEK: Inside the ‘first true design hotel’ in Warsaw 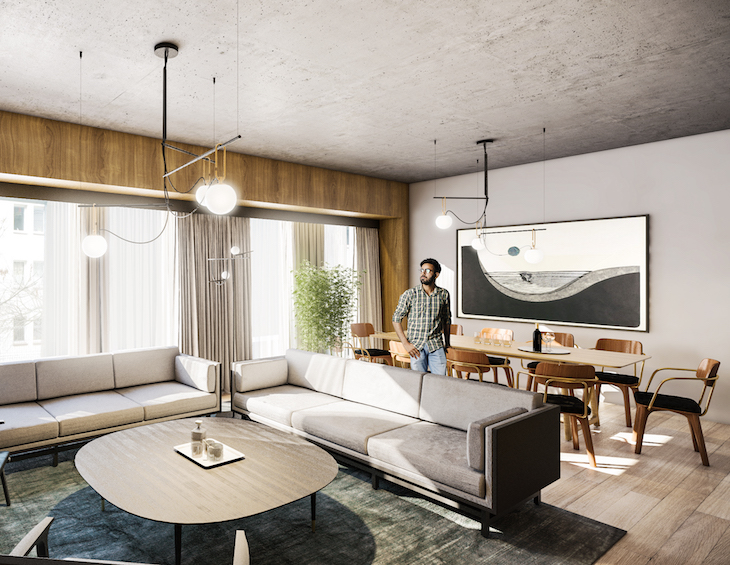 The 117-key Nobu Hotel Warsaw is located in lively, culinary neighbourhood of central Warsaw and is slated to open this June…

Nobu Hospitality, the lifestyle brand founded by Nobu Matsuhisa, Robert De Niro and Meir Teper, has announced that its first hotel in Poland will open in June of this year. 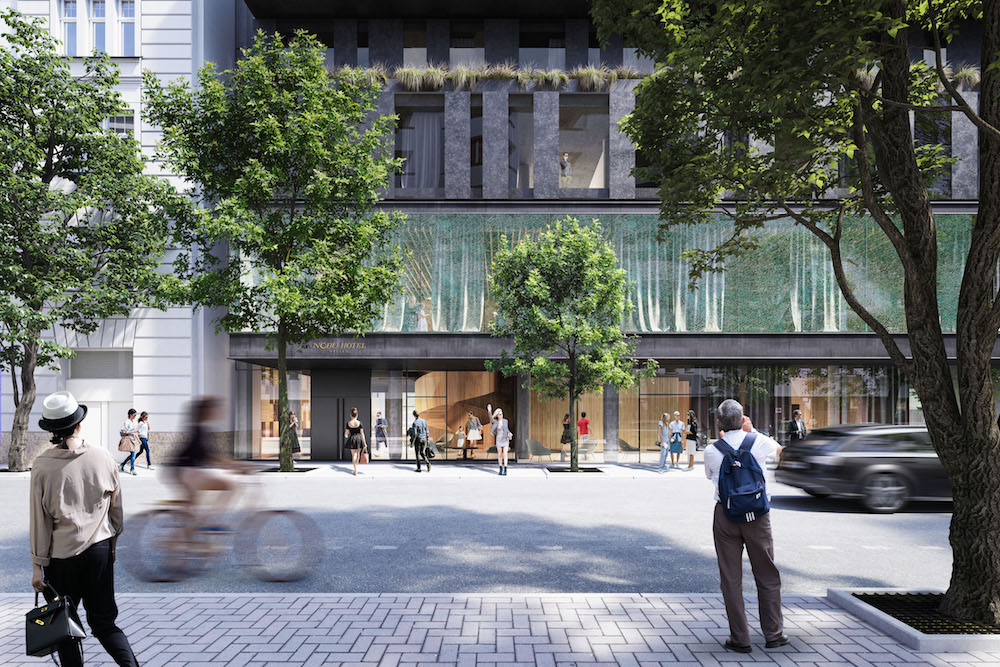 Situated on Wilcza Street, the creative hub of the modern-day city, Nobu Hotel Warsaw is an integrated mix of luxurious hotel and energised living spaces. The hotel’s neighbourhood is a walk away from the Old Town, originally built in the 13th century, which has been meticulously reconstructed since the Second World War, welcoming the intellectual traveller to rediscover its charm as an increasingly popular leisure destination. Etched into the city’s skyline, Nobu Hotel Warsaw is surrounded by a vibrant urban scene full of trendy wine bars that spill out onto the pavements in the summer months, as well as independent shops, art galleries, cafes and restaurants, enriching the community with a sense of locality and present-day style.

“Nobu Hotel Warsaw is a really exciting project for us,” said Trevor Horwell, Chief Executive Officer of Nobu Hotels. “The luxury hospitality market has been gaining momentum in Warsaw for a while. There’s a certain type of energy that extends far beyond the bricks and mortar – we’re very excited to be at the forefront of this new wave of lifestyle and hospitality development – and being from Poland originally, this opening is particularly exciting for our co-founder Meir Teper.”

The city’s first true design hotel, Nobu Hotel Warsaw is a combination of two wings: the ‘classic’ is housed in an Art Deco building, the former Hotel Rialto, which dates back to 1920s inter-war Poland and the ‘modern’ is an ultracontemporary, new build – designed through a transformational, cross-continental collaboration: a concerted effort between Polish architectural firm, Medusa Group, and California-based Studio PCH. Respecting the city’s history and resilience, the result tells the story of present-day Warsaw: open, modern and diverse.

Nobu Hotel Warsaw juxtaposes contemporary style with the adjoined classic Art Deco building’s character and distinct aesthetic, an important symbol of the city’s historical tissue. In the hotel lobby, crossing between the old and new wings feels like crossing two streets, with a sculptural spiral wooden staircase leading to the first floor. The new wing features sleek, meticulous Polish wood detailing in the lobby with a minimalist, charcoal grey marble reception desk; teak-timbers and polished-concrete adorn the walls, complemented by palette-rich terrazzo floors that together create a harmonious blend of natural materials and Japanese-inspired design. Outside, the strikingly designed window-box glass façade sits neatly beside the Art Deco wing, which draws on traditional Polish architecture. All public spaces throughout the hotel will house modern Polish art masterpieces from the Jankilevitsch Collection.

“The result is an interesting architectural form from the outside, and a variety of room sizes, on the inside.” – Lukasz Zagala, co-founder of Medusa Group

“The core of the hotel has been created by shifting seven floors aside to form a “V” shape”, said Lukasz Zagala, co-founder of Medusa Group. “The result is an interesting architectural form from the outside, and a variety of room sizes, on the inside. The movement of floors also allowed for spacious balconies with planted greenery, creating a vertical garden, as well as added privacy for the rooms. The deconstructed rounded corner block is a nod to the characteristic corner buildings which dotted Warsaw’s 19th century streets.”

The rooms span classic to ultramodern, representative of Poland’s rampant revival, allowing guests to choose the style to suit their taste. All room categories exude a sense of calm with Japanese design, and floor-to-ceiling windows with either city or skyline views. In keeping with its theme, the new wing’s suites are contemporary in design, using simple materials: raw concrete, wood, stone and glass, taking inspiration from Japanese design philosophy. Whilst those classic in style are located in a renovated tenement house, dating back to the 20th century and Art Deco in style: drawing on the traditions of old Warsaw architecture, interior design and art. 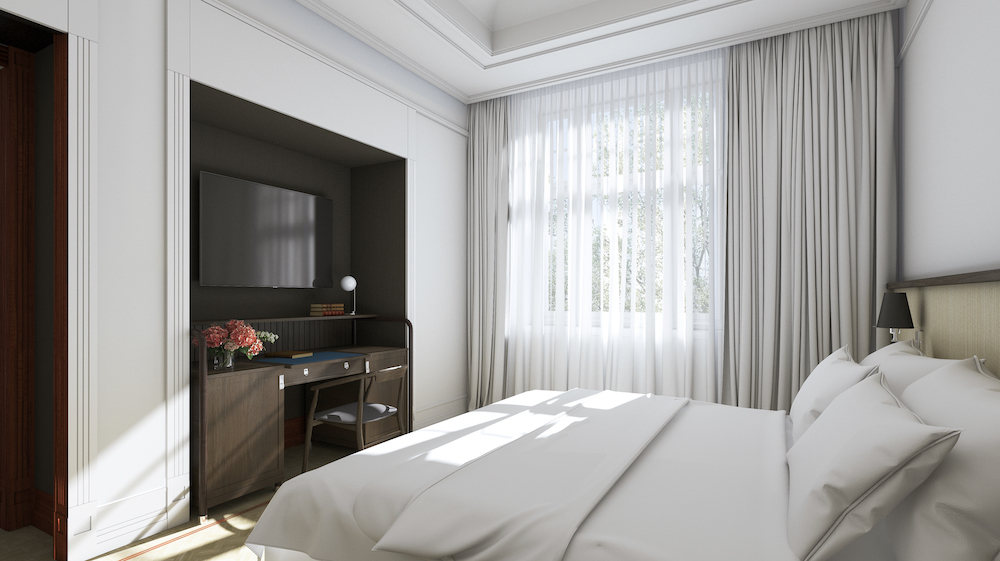 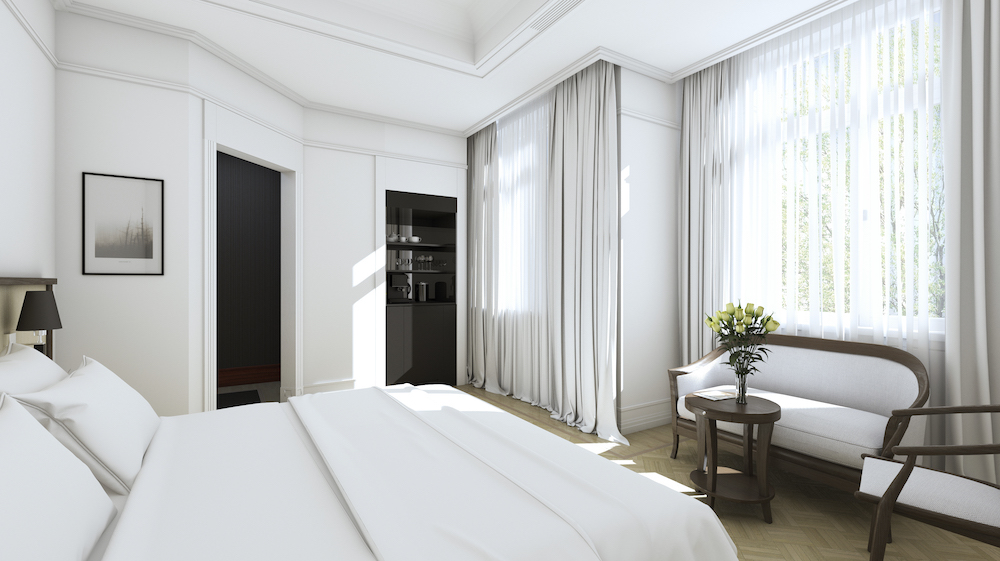 The Nobu Suite features separate living and dining room areas and a Japanese soaking tub, that looks out onto the city. A spacious 109 m², the room has a 98- inch home cinema and surround sound system that guests can stream to from smart devices, and like all of the other 116 rooms, comes with in-room amenities by Natura Blissé, a luxurious Yukata robe and a minibar stocked with classic Japanese favourites such as Matcha Kit Kats.

The property plays host to the Nobu restaurant and cafe, as with all the hotels worldwide, and is rooted in creating memorable experiences around exceptional food and locality. A stone’s throw from the bustling Hala Koszyki food hall, the area is fast becoming Warsaw’s foodie hub. The Nobu restaurant concept is based on Chef Nobu’s inventive, non-traditional cuisine which showcases high quality produce, colour and texture, cooking classic Japanese dishes created with South American ingredients. Executive Chef Yannick Lohou arrives fresh from Nobu Hotel Barcelona, with previous experience at Nobu Dubai where he began his brand journey. 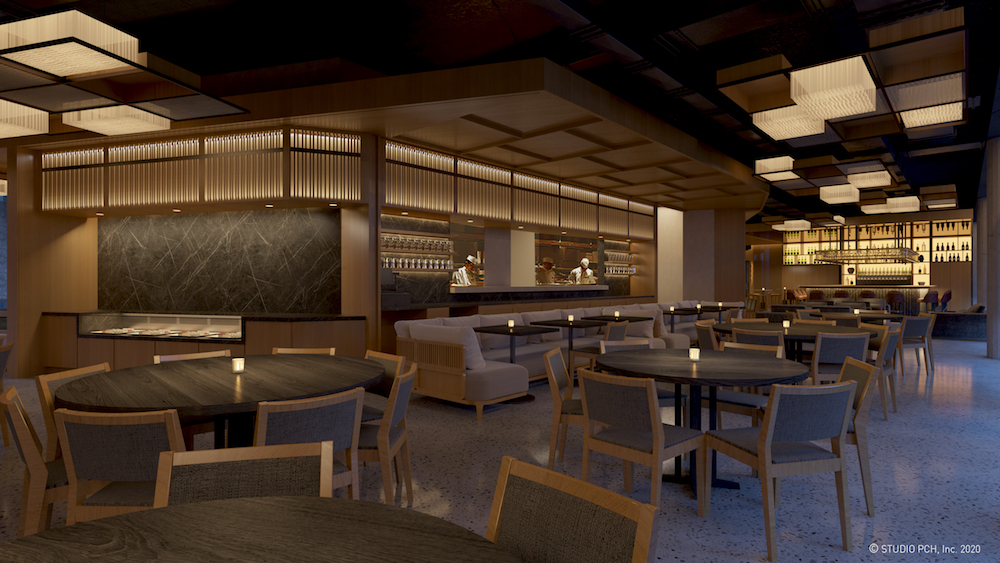 The hotel’s flexible 438 m2 first floor events space provides a stylish setting for large conferences and meetings and can be divided by a mobile wall with acoustic separation, to offer two independent spaces – the Sakura room at 266 m2 and Hikari room at 171 m2. Crushed glass walls allow plenty of natural light and an independent lobby complete with terrace, allows for total privacy. Further meeting rooms with state-of-the-art facilities exist on the same floor. These can be combined with a variety of bespoke services including planning, catering, business services and technology, including Wi-Fi and audio-visual equipment.