RPW Design: A look back on its iconic hotel design projects

In case you haven’t heard, leading hospitality design firm RPW Design became the latest casualty of the pandemic recently after its Managing Director Ariane Steinbeck announced that she had put the company into administration. With Steinbeck’s blessing, editor Hamish Kilburn reflects (past and present) on some of the hospitality design studio’s most iconic projects…

Over the course of 31 years, RPW Design earned its title as one of the leading international interior design practices within the realm of hospitality. Having created unique interiors for luxury hotels, cruise ships and private members’ clubs around the world, the studio has helped steer hospitality, from many perspectives, into several new eras of luxury and lifestyle. With an impressive portfolio of projects and awards, the firm became renowned for its technical prowess and sensual alchemy. In short, each project RPW Design undertook become memorable for its coherence and elegance.

During the pandemic, the studio helped us narrate as much as navigate the ever-evolving hotel design and hospitality scene – Ariane Steinbeck herself joined us on several virtual roundtables, including discussions on hygiene, wellness and sleep.

“While we mourn the loss of RPW Design Ltd, our team will remain a [resourceful and] reliable force in our industry.” – Ariane Steinbeck, Managing Director, RPW Design.

Over the weekend, however, Steinbeck, who in 2015 was passed the reins by Jan Wilson to become Managing Director – I still remember the fabulous Octoberfest-style event she arranged to mark her arrival – took to social media to share that the company had gone into administration. “It is with great sadness and a heavy heart that I must announce the closure of RPW Design Ltd after three decades of serving the hospitality industry,” she wrote. “Try as we might, we could not overcome the compounding effects of Covid-19 on our business… While we mourn the loss of RPW Design Ltd, our team will remain a [resourceful and] reliable force in our industry – some of whom have already found new ‘homes’ elsewhere.”

Our heartfelt, respectful nod (more of a bow actually) to the studio’s legacy comes as we look back to some of RPW Design’s iconic projects that added colour, texture and deep meaning to the hospitality landscape worldwide. From one of my first features I wrote as a design journalist – the unveil of London Marriott Hotel County Hall – to its most recent projects that are still in development, including working on what will be Sofia’s tallest building and the much-loved Four Seasons Hotel Hampshire, here’s an edited selection of jewels that, thanks to considered interior design approaches, boldly put (and kept) RPW Design on our radar. 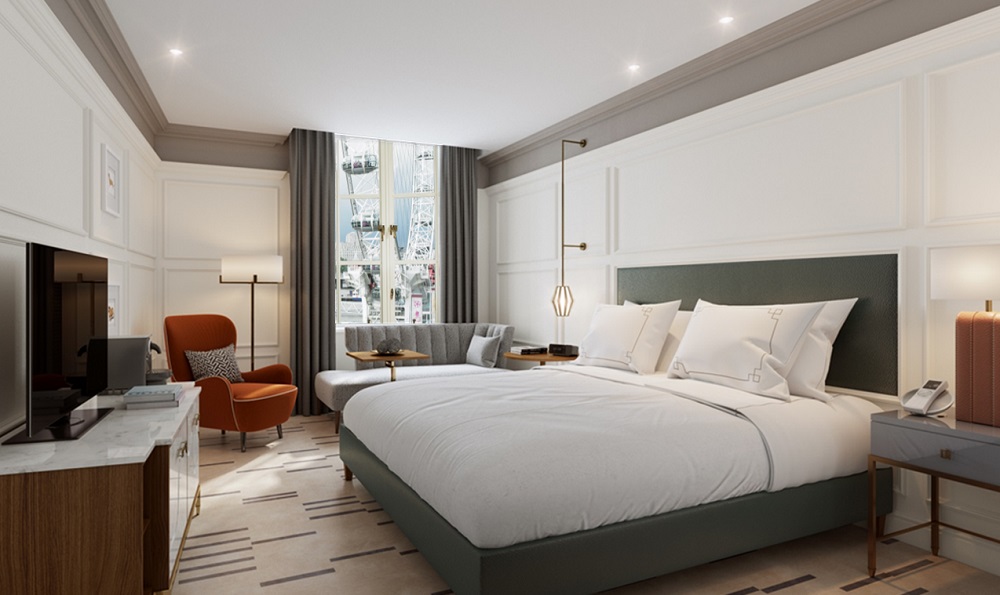 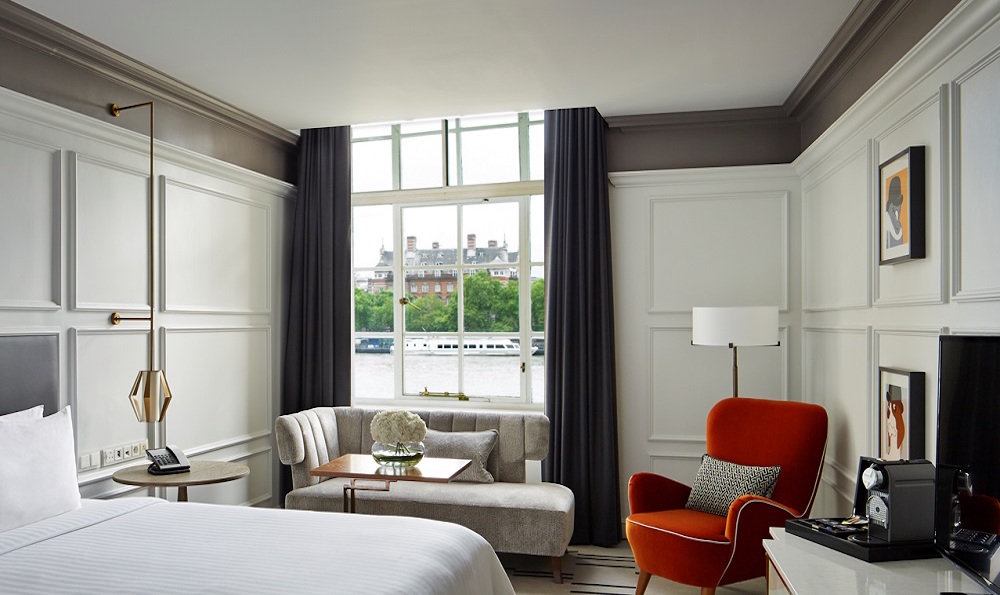 In 2014, RPW Design was tasked to take one of London’s most iconic riverside buildings, which first opened in 1933 opposite the Houses of Parliament, into its next chapter in hospitality. The studio steered the London Marriott Hotel County Hall through its multi-million pound renovation under the watchful eye of Elizabeth Lane, Heather McLellan and Alessandro Tessari.

Re-emerging and re-opening with crisp, new interiors – far removed from the maroon and green colour scheme that the hotel brand was once known for – while also appropriately making sensitive nods throughout to the building’s colourful past. In short, RPW Design helped the hotel take back its status as one of London’s finest hotels, while showcasing a modern and contemporary Marriott International brand. 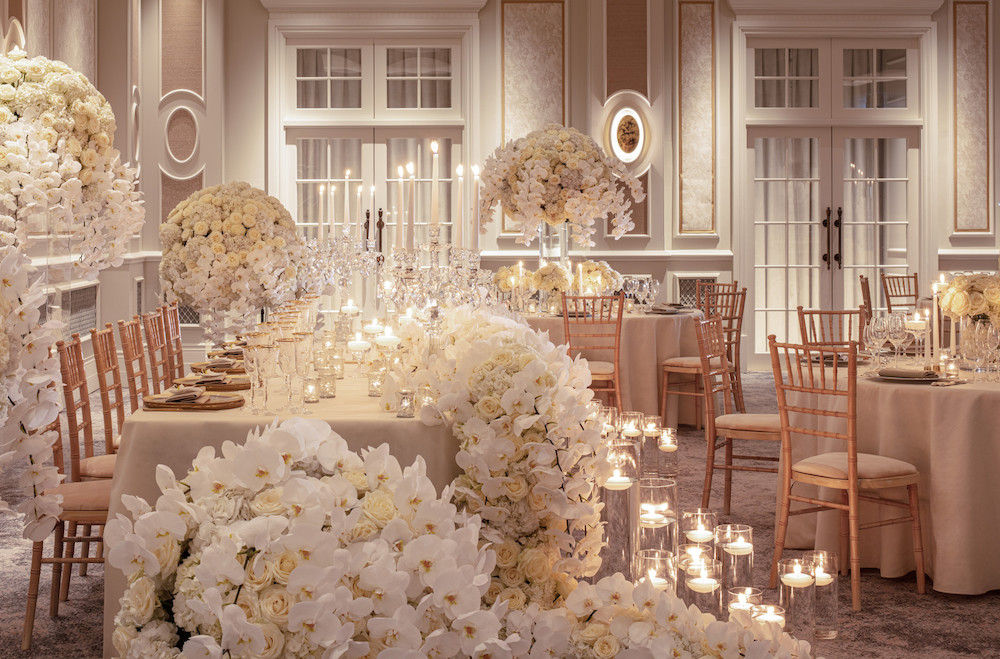 Last year, RPW Design unveiled the renovation of Four Seasons Hotel Hampshire’s conference and banqueting spaces. The refreshed interiors of the hotel’s meeting and event spaces seamlessly breathed fresh life into the historical Georgian property, adding a stylish sense of sophistication. In order to appeal to both the social and business clientele at the hotel, the design studio artistically designed different identities for each of the conference and banqueting rooms. To ensure the hotel remained quintessentially British, the team chose to specifically work with British manufacturers and suppliers. 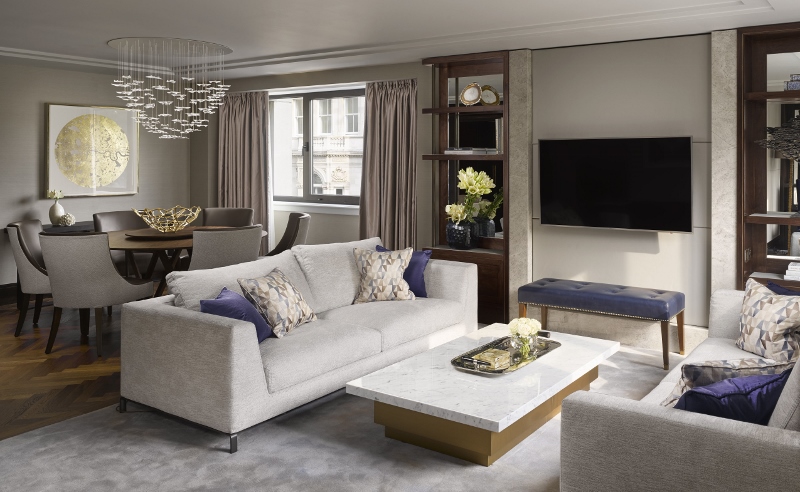 Designed to suit the needs of todays’ top executives and boasting state-of-the-art facilities, the inspiration for the design concept for The Capital Suite was drawn from the nature and history of Hyde Park, which surrounds the hotel and its storied location. Accompanying the use of natural materials, every detail has been individually designed to adhere to the leitmotif. Design touches contain tasteful homages to London’s greenery such as bespoke bronze handles evocative of tree branches for the cabinetry. Artwork and accessories draw on Hyde Park’s equine traditions and the historic location of the hotel. Bespoke stitching details of the Plane, the tree that populates and represents London’s Royal Parks, are incorporated into the headboard design. The green landscape of the park even inspired textures, patterns and themes within the carpet designs and artworks.

The suite, spanning 335sqm on the first floor, is the ultimate haven for the international business and leisure traveller a like – you feel taken away from the Capital, which is somewhat ironic considering its majestic name and non-cliché British design touchpoints and references. 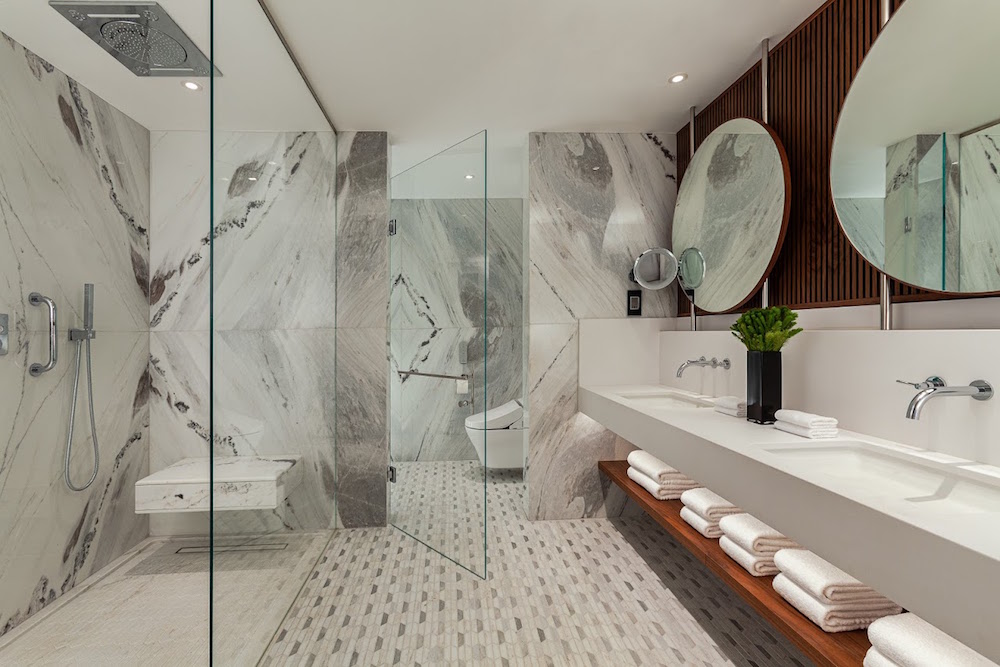 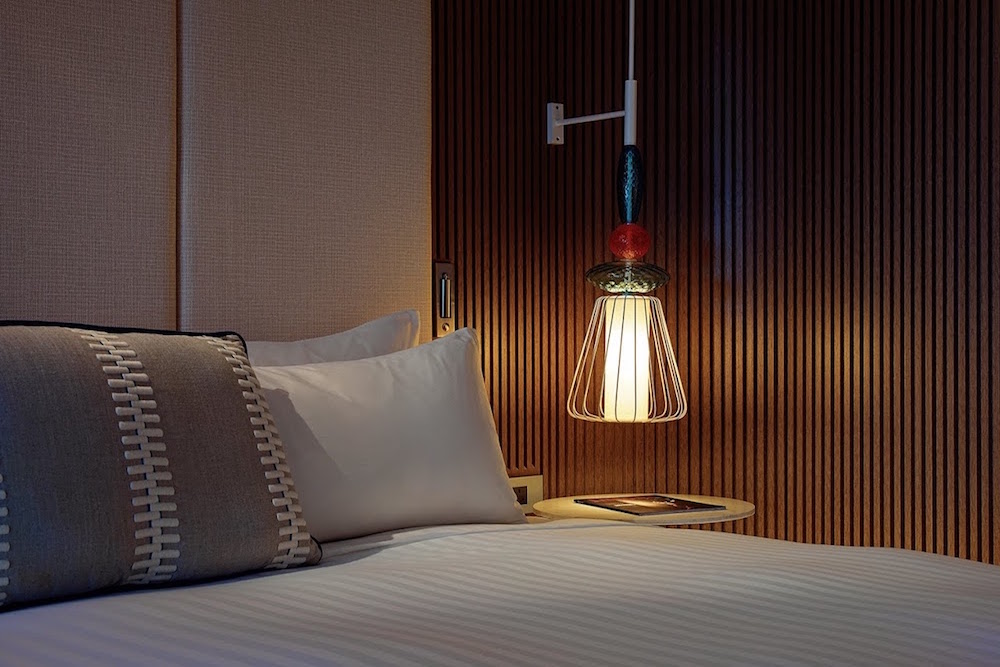 Earlier this year, RPW Design unveiled the new Presidential Suite of Malta Marriott Hotel & Spa, which, following an investment of more than €30M, epitomises the splendour and elegance of the recently renovated five-star St Julian’s property. Not only has RPW Design created a harmonious atmosphere but functionality was also at the forefront of the design process to form a space that is adaptable to modern travellers’ transition from daytime business meetings to leisurely evenings.

Situated on the 12th floor of the hotel, guests can enjoy unique panoramic views of Balluta Bay, which are visible from the entire 170 sqm suite. These vistas can be enjoyed on the expansive terrace, balconies and windows which run the whole length of the spacious room. 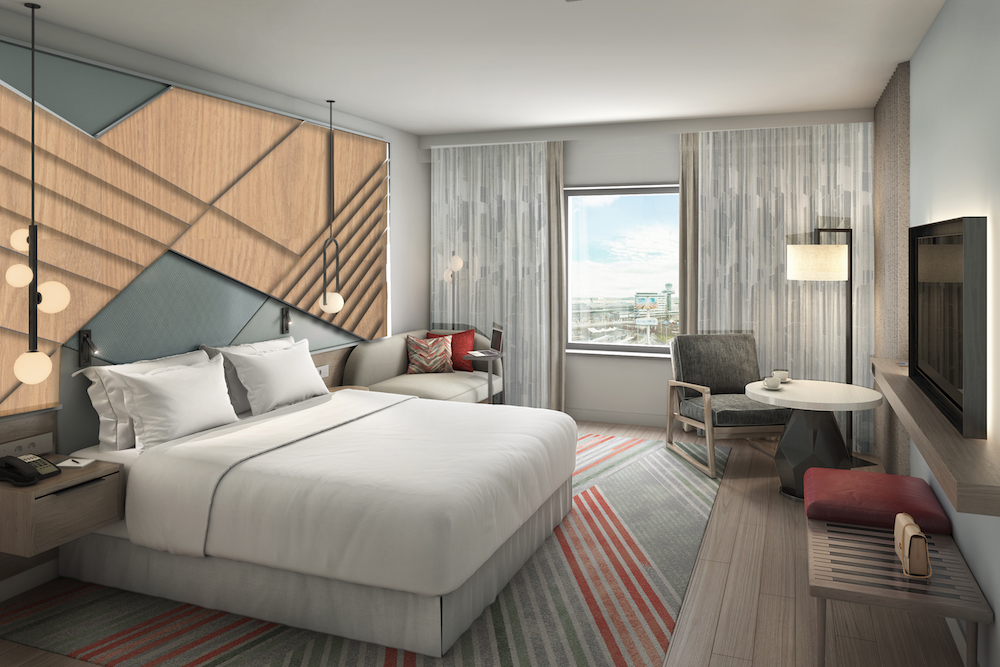 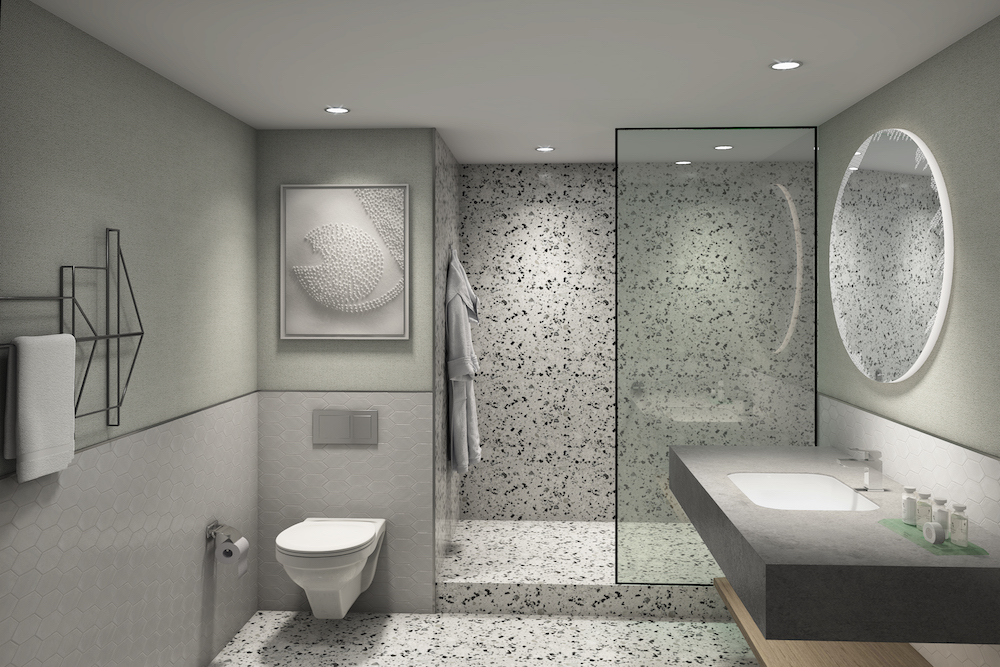 The project, which is still in motion, is a full refurbishment of the guestrooms and corridors in the airport hotel. It was integral to hit the right notes as this project is an early adopter of the new branding for Sheraton. The team were inspired by aerial views of the tulip fields and surrounding Land Art Park Buitenschot, built not only for recreations but also to reduce noise from the airfield.

Sofia Marriott will become the tallest tower in Sofia, Bulgaria. Unfortunately, we are unable to share much more than that at the moment – we don’t even have images to tease you with for the time being. All that we can confirm is that the talented individuals at RPW Design will be responsible for the contemporary interior design scheme that the building will eventually shelter. 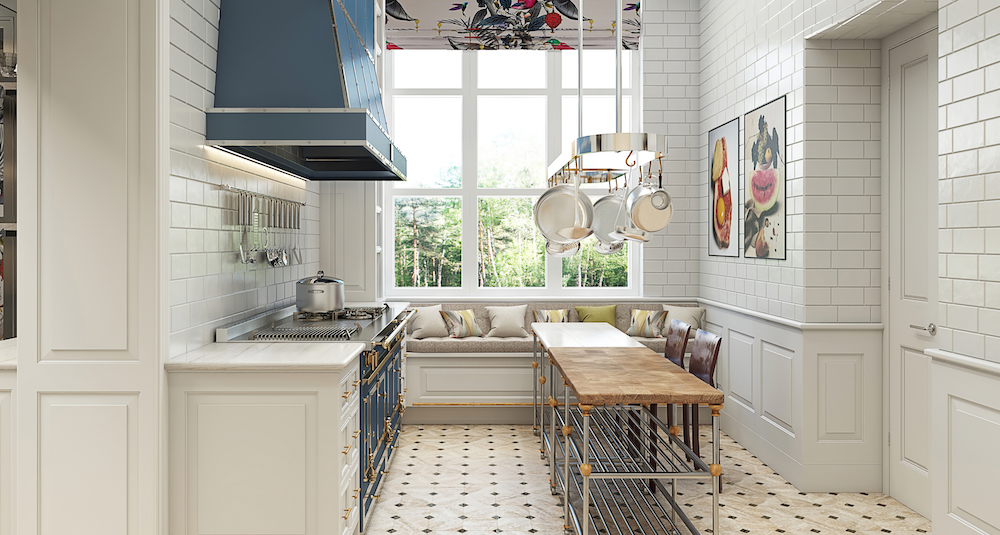 It may not be a hotel, but it does give you an idea of what the team are currently working on. The ‘piano nobile’ in a stately, Haussmannian-style building on one of Madrid’s most revered boulevards, is located steps from the Prado Museum and Retiro Park in the Salamanca neighbourhood. Built in 1919, and having had only a few owners in its history, the team at RPW Design are in the process of restoring and carefully re-shaping the “villa” into a spatial arrangement that makes sense for today’s lifestyles. The designed have put a large emphasis on the kitchen as a centrepiece as preparation of food and the joy of cooking and entertaining is paramount for this client. Assisted by Smallbone of Devizes, Steinbeck (who’s passion for cooking, I’m told, comes close to her love of design) and the former RPW Design team have come up with a solution that is adaptable to the family’s needs and unconventional in its approach.

Although this is a sad farewell to a company who has, for three decades, led with such poise, precision and passion, I can’t help but feel optimistic for Ariane Steinbeck, Heather McLellan, Alessandro Tessari,  Poppy Lindley, Richard Snow and Elizabeth Lane. As we close the door on this unforgettable chapter, I urge you to keep your eyes fixed on the corridor to see which other doors creep open. Behind them will no doubt be more masterpieces from the talented individuals – perhaps sheltered under different studios  – who together were RPW Design. Watch this space.