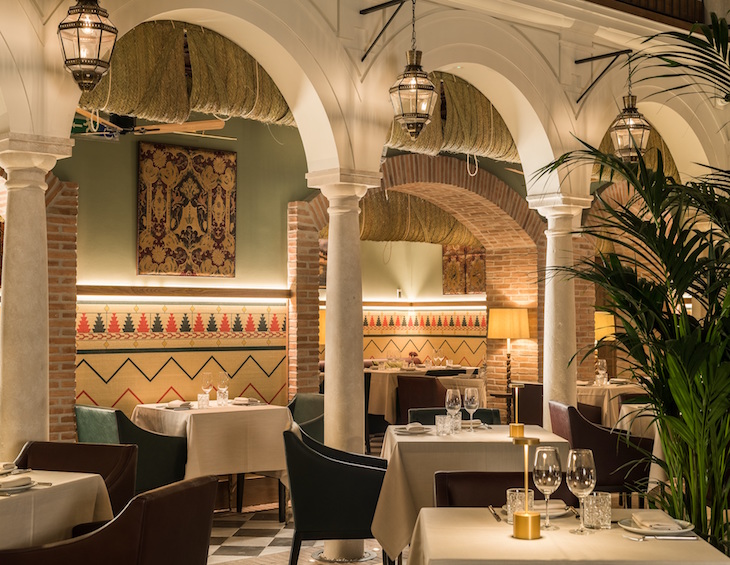 An inspiring transformation of an aristocratic palace, Palacio Solecio has opened as a 68-key luxury boutique hotel in 18th century building…

The palace, which was derelict for 80 years before restoration began, has been lovingly and sensitively redesigned by Antonio Obrador in order to retain its authenticity. The building, which became a masterpiece of architecture for its time, has been transformed, whilst maintaining the essence of its architecture and decorative details, creating a hotel where old meets new.

“The idea was to be authentic, but not folksy.” – Pablo Carrington, founder of Marugal Hotels.

The hotel is operated by Marugal Hotels, which specialises in the management of independent, one-off hotels. “Palacio Solecio is one of the finest examples of 18th century domestic architecture in Málaga, so our restoration has been incredibly sensitive,” said Pablo Carrington, founder of Marugal Hotels. “We’ve been able to incorporate the wonderfully decorative original architectural elements – pilasters, garlands, Tuscan columns topped by vases, the original staircase – into the design of the hotel. For the interiors, we’ve been led by old photos of the palace. The idea was to be authentic, but not folksy.” 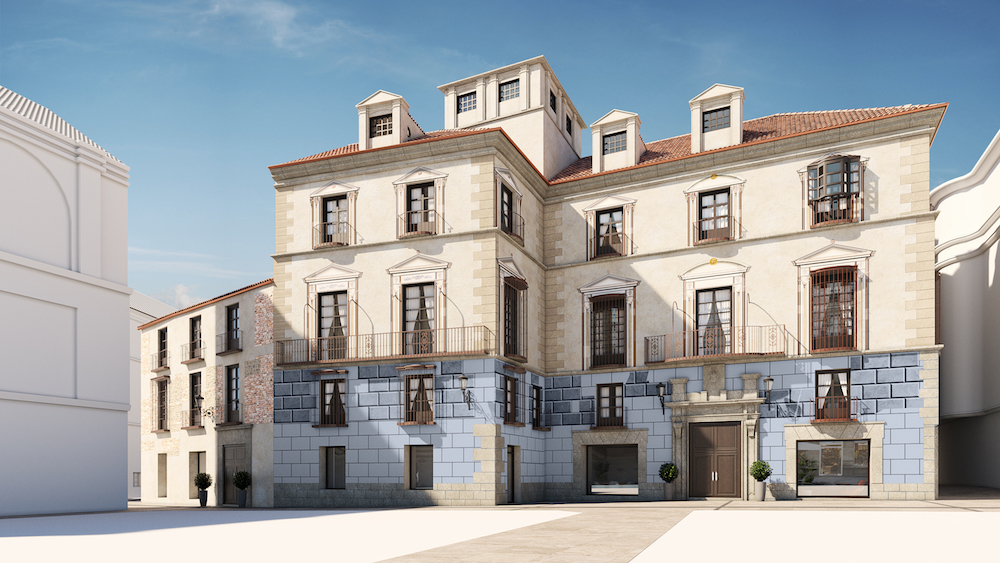 Current rules dictate that the footprint of Listed buildings in Spain must remain the same – so details such as the inner courtyard are exactly as they would have been when the palace was new. Original features – the old grills over the windows, elements of the main staircase (including the decorative arch and columns)– have been meticulously restored. The façade has been re-painted and returned to its original appearance. 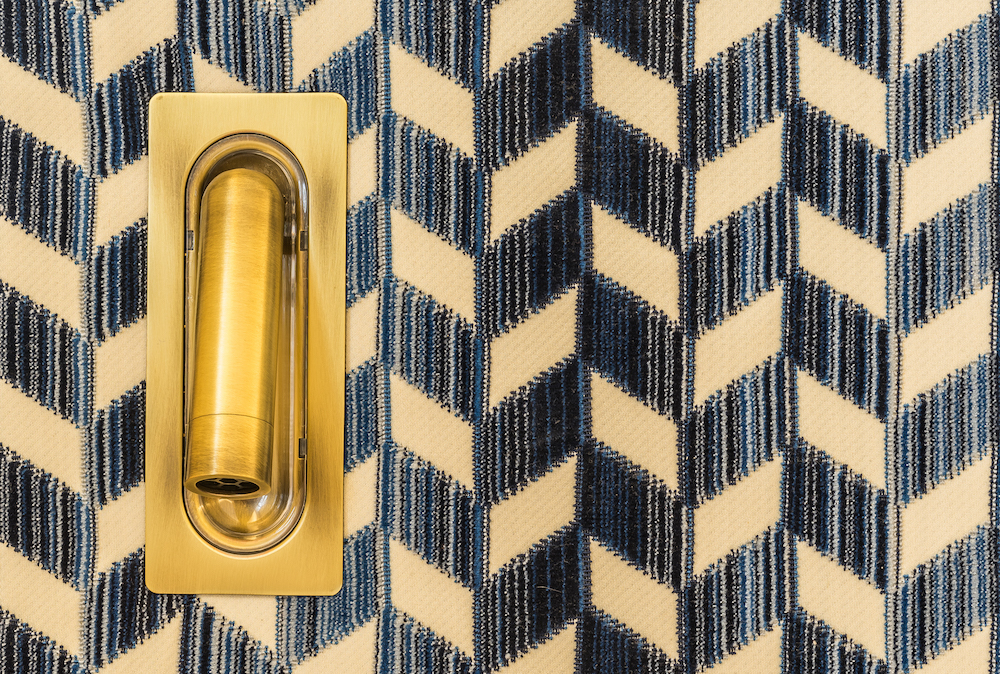 In a deft and subtle acknowledgment of Andalucía’s history, the decorative details are rich with Moorish influence. Painted leatherworks – Cordobanes – which became popular in Andalucía in the 16th and 17th century adorn the walls, bringing their striking patterns and deep colour palettes to the interior. Fabrics have been reproduced from old photos of the palace interiors, such as the typical espiga fabric with its herringbone design, used in the guestrooms. Even the smallest detail – door handles, the bedside tables – are subtly redolent with local character to brilliant effect. 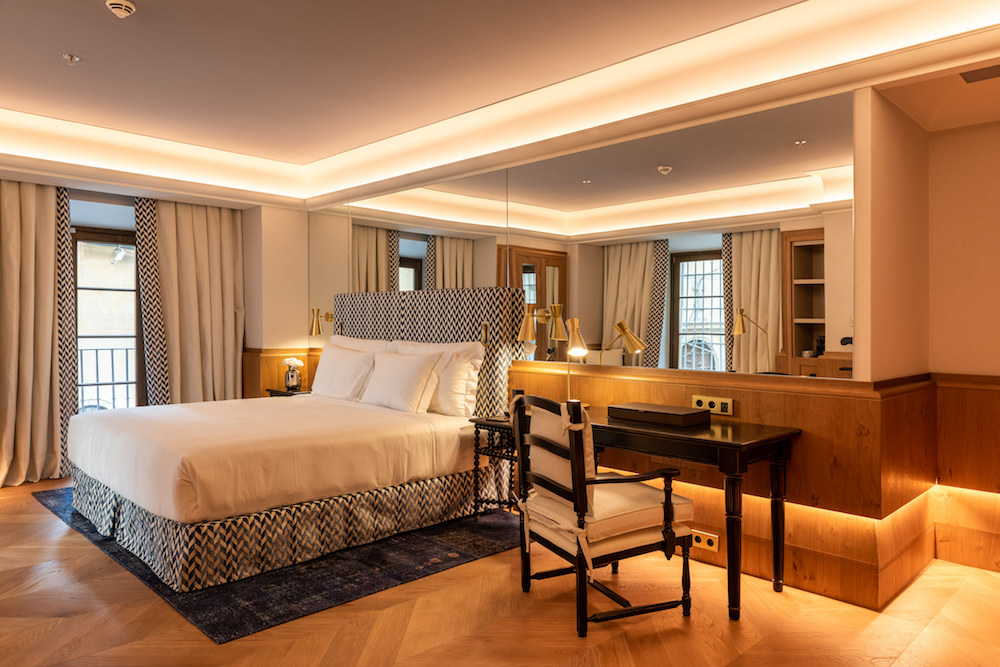 The guestrooms meld quiet sophistication and comfort with the authentic charm of the building, with parquet floors, and stunning lighting. The interiors are both rustic and modern, a combination of neutral colours with splashes of bold prints and local Andalusian artwork.

Following the initial opening, in 2021, the hotel is expected to add a further 49 rooms as well as a rooftop bar and pool.