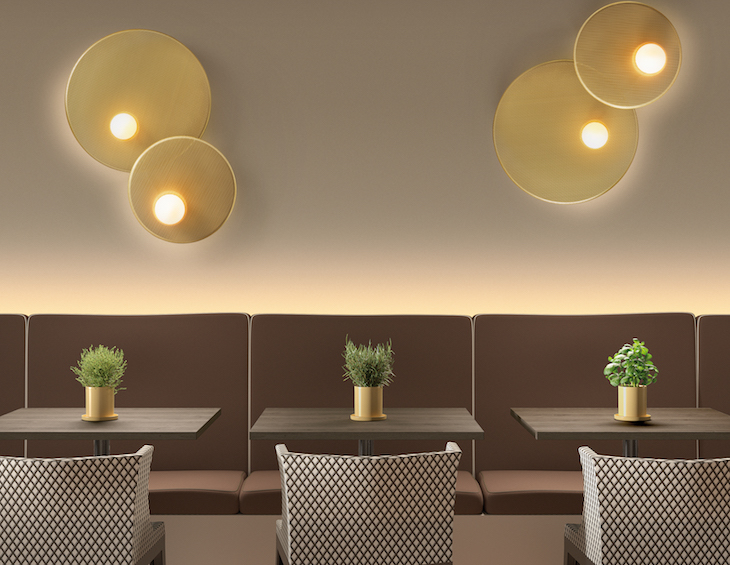 LEDS C4 is presenting its ‘best choice’ of new products at Hotel Interiors Experience (HIX). Editor Hamish Kilburn heads over to stand U36 to learn more about the Tubs, Trip and Noway collections…

LEDS C4 is at Hotel Interiors Experience (HIX) this week in London. The lighting company over on stand U36 at this year’s event – and has also lent a few items to Hotel Designs on stand U54. LEDS C4 is an official sponsor of this year’s edition, supporting the organisation with an interesting series of discussions involving famous names such as Tom Dixon. For this London event, the brand will highlight some of the best sellers from its Decorative Collection catalogue – and here’s what caught our eye…

The design by Nahtrang Design is a set of geometric lines that make versatility its main strength, with almost endless composition possibilities. Its linear forms combine to create visual poetry in the form of latticework. The Tubs collection has four families: pendant, table, wall and floor. Each piece is a living element that can be infinitely extended; they can also be built in smaller versions that adapt to more limited spaces. 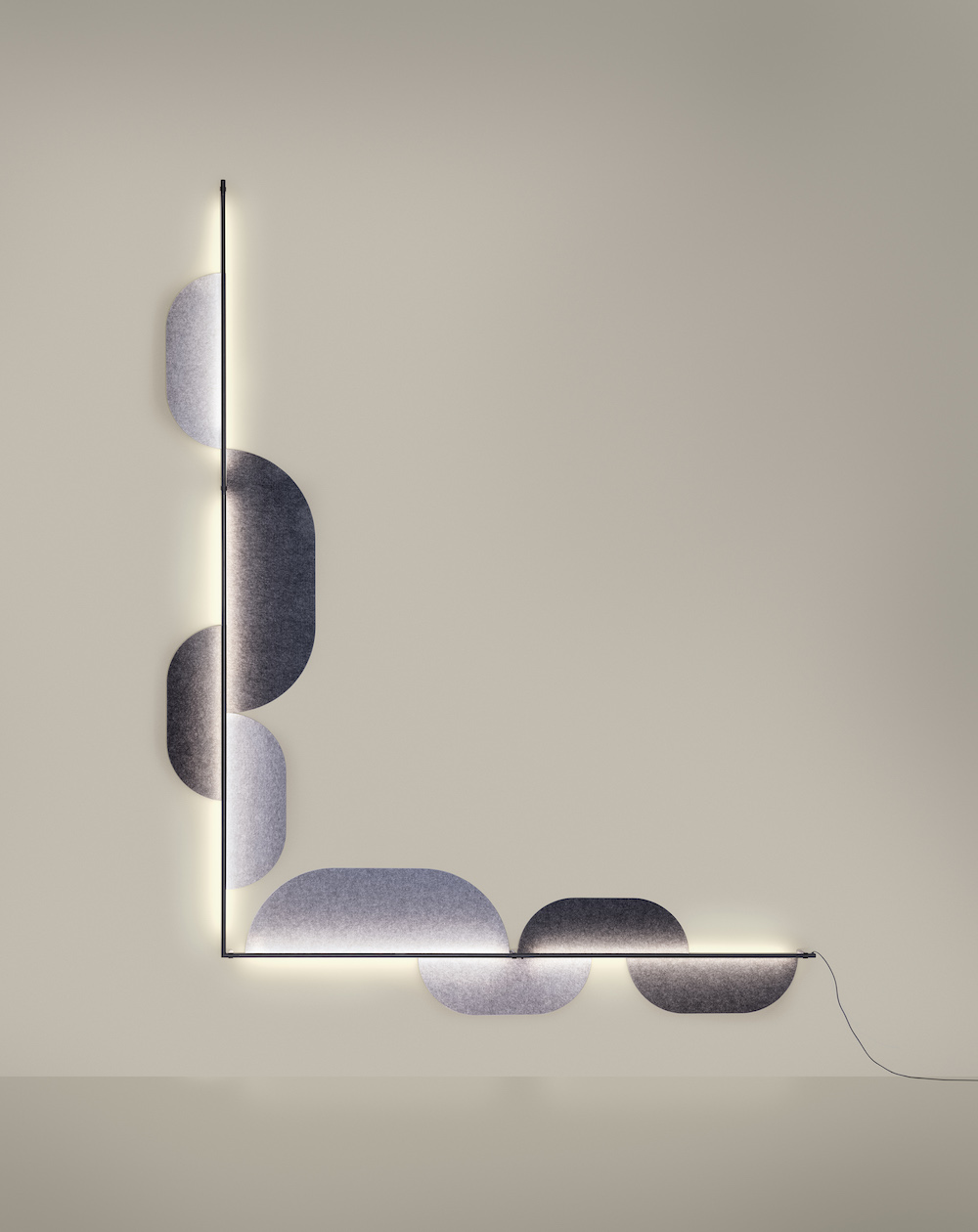 Recently, the collection was extended with a new felt fitting, providing spaces with a greater decorative element and improved acoustic quality.

LEDS C4 has opted for the Trip collection at the HIX event: a family of wall lights that decorates and illuminates. This soft, diffuse and asymmetric light point adapts easily to any space: “When the piece and the light effect it produces are designed in full harmony, the possible applications of the luminaire are endless”, explains LEDS C4. 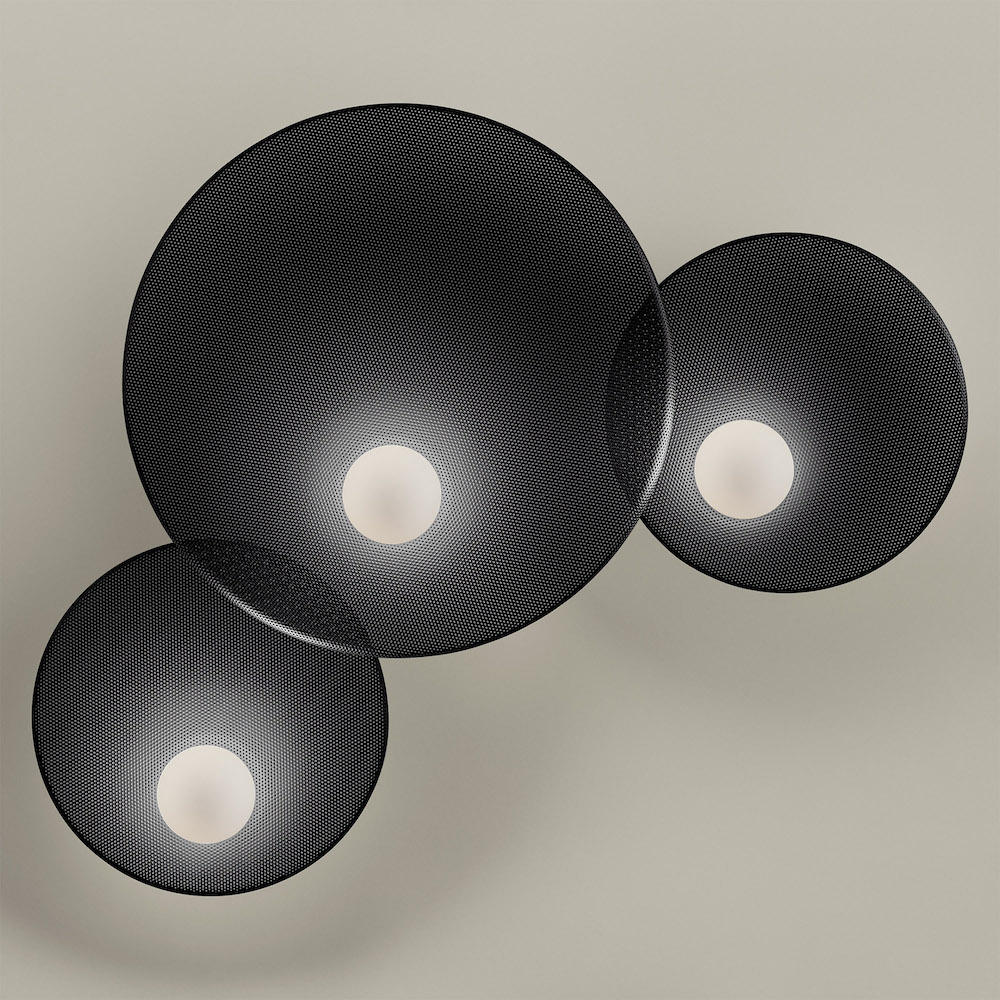 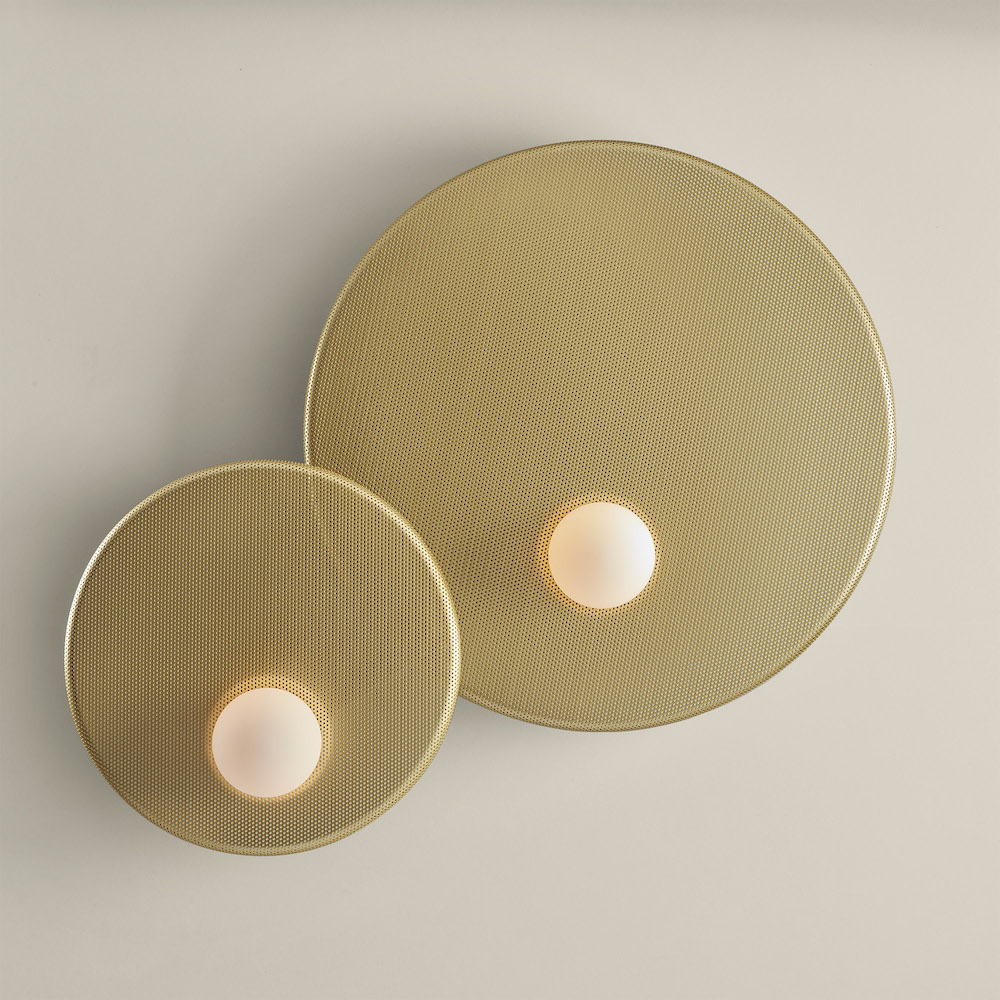 Trip is intended to decorate with its mere presence. To do so, it’s available in two sizes (300 and 460 mm), in metallic gold and black, and there is the option of combining two or three luminaires. It’s made from steel and aluminium.

The glass version, TRIP GLASS, connects the design of the piece with light effects, and transparency is the key to its design. It comes in three diffuser colours: Amber, Fumé and Opal. Measuring 270mm, it uses E14 bulbs with IP20 protection.

LEDS C4 will also present the Noway collection, which is now available this year with a new pendant version. Not only does Noway boast a character based on simplicity and purity, but it also provides visual comfort through high-quality indirect lighting. 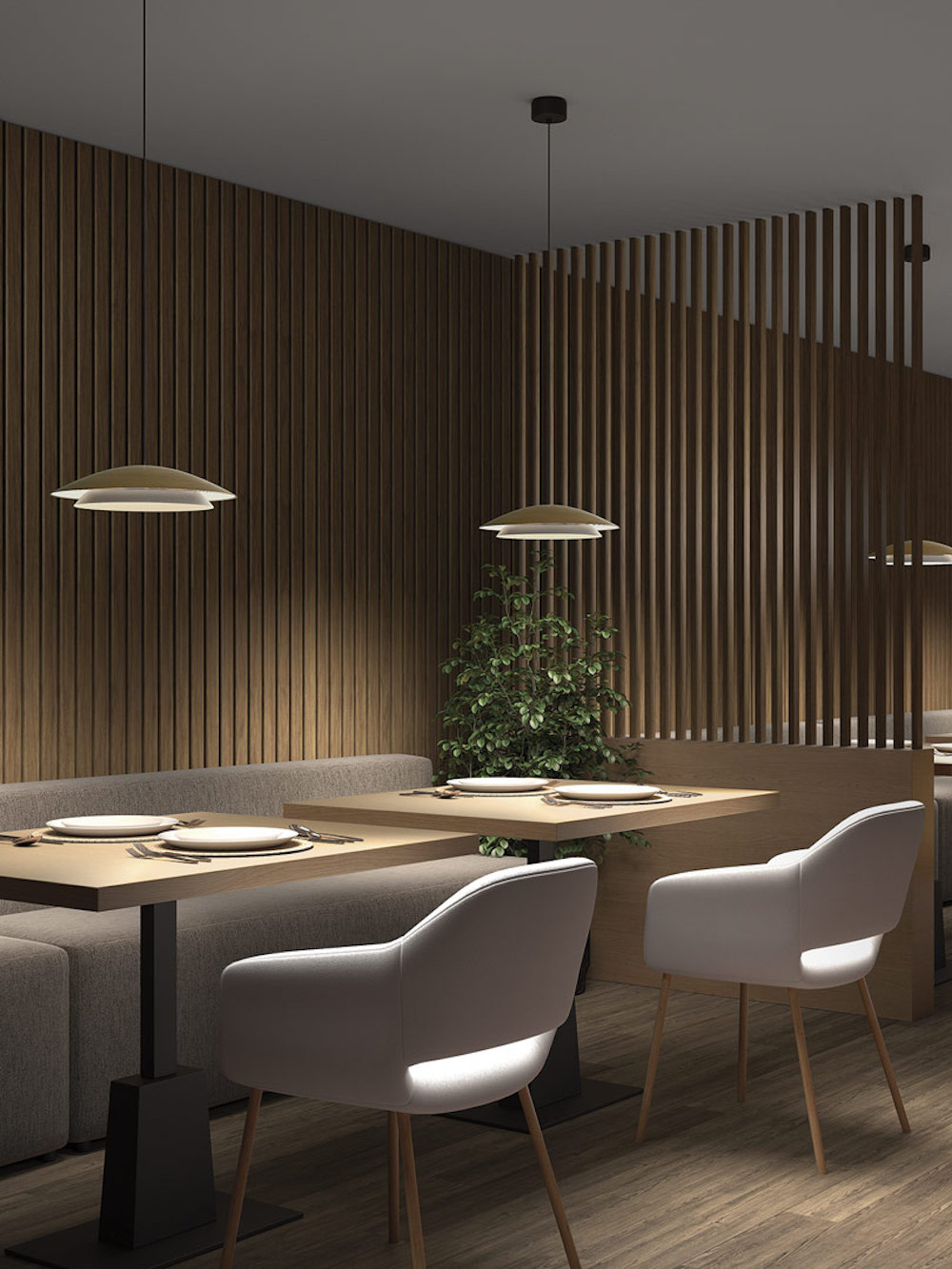 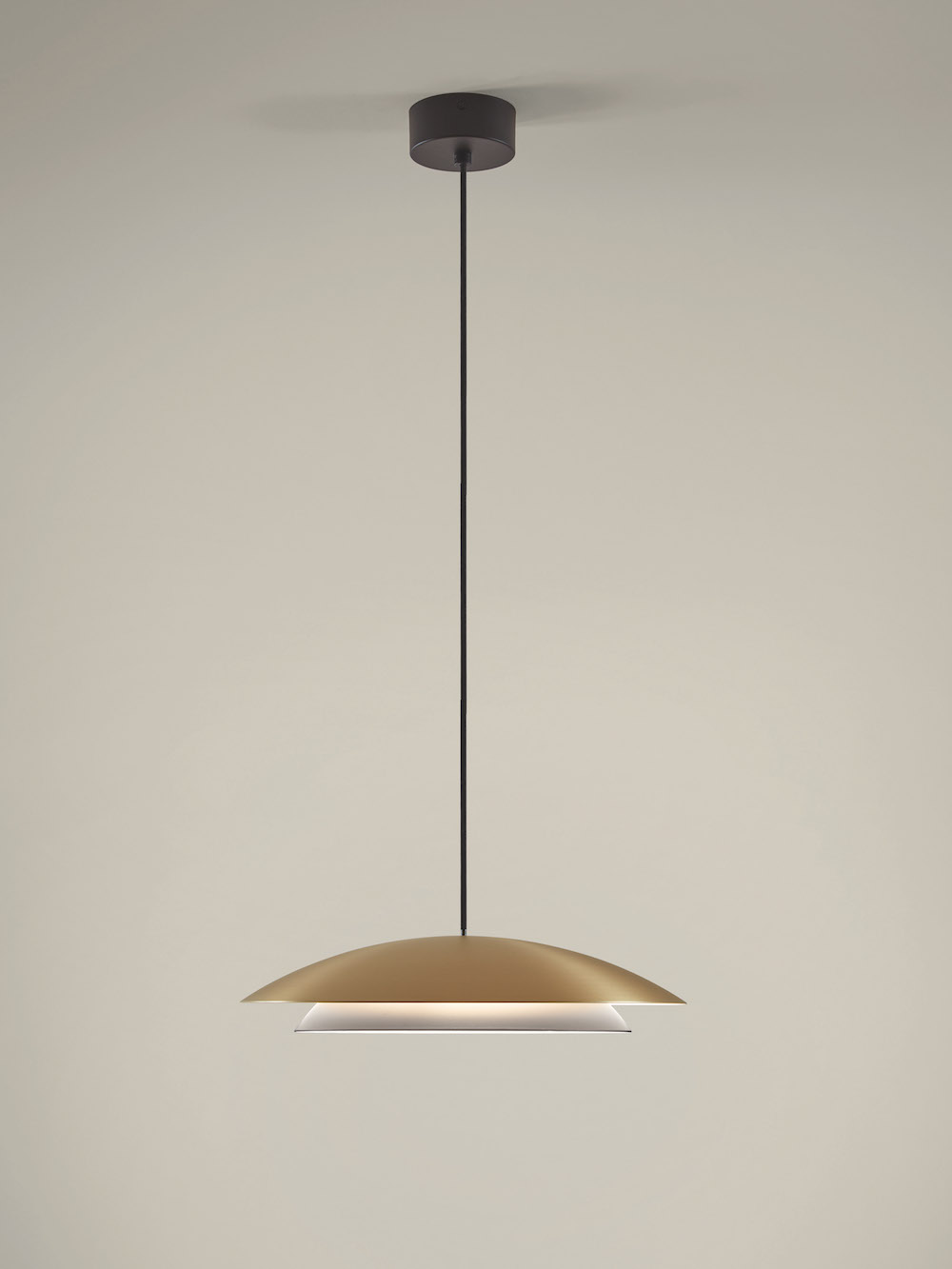 Noway, which is a design by Francesco Vilaró, is a luminaire with notable dematerialisation, fully ceding relevance to the light through a surprising effect of weightlessness and lightness that helps it offer high visual comfort with minimal material. This collection offers different options, from purer versions to other more complex choices, playing with a double shade (the colours of which can be combined) and with light effects to provide more visual presence. It’s available in black and gold finishes, with or without a floor counterweight.