In Conversation With: The founders of design studio BARANOWITZ + KRONENBERG 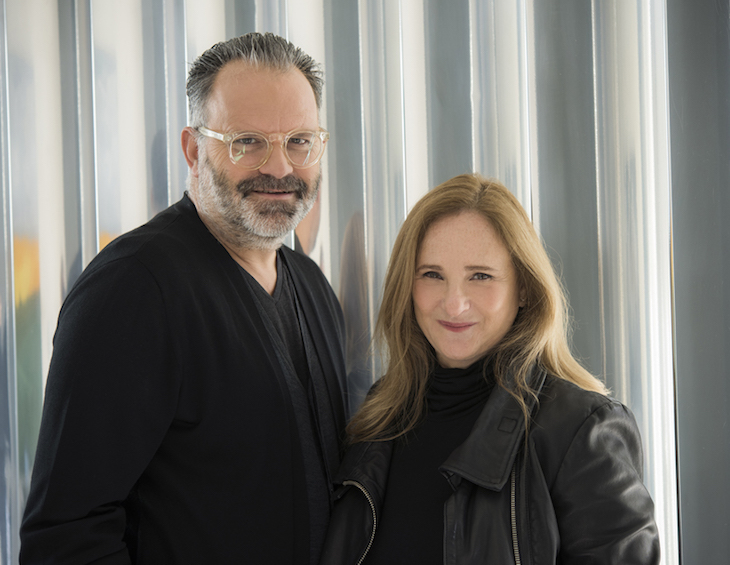 With W Ibiza about to open, Hotel Designs gets a backstage pass to exclusively interview the design and architecture heroes behind the project. The founders of BARANOWITZ + KRONENBERG, Irene Kronenberg and Alon Baranowitz, have led the completion of some of Europe’s most iconic hotels. Editor Hamish Kilburn joins the pair to understand how to effortlessly confront convention in the ever-evolving hotel design arena…

A few miles away from where the spotlight is being cast on the designers and architects who are attending Sleep & Eat 2019, The Standard London’s playful interior design scheme provides an apt and backdrop for my next interview to take place. I don’t know it yet, but I am about to experience a pivotal moment in my career as I prepare to meet face-to-face with the designers behind one of my very first ever hotel reviews, which took place almost half a decade ago.

Irene Kronenberg and Alon Baranowitz are the founders of BARANOWITZ + KRONENBERG, and have – for some time now –  led an exciting movement on the hotel design scene in Europe and in the Middle East. Their two studios in Amsterdam and Tel Aviv consist of a group of talented designers and architects, all of whom have graduated from institutions around the globe. 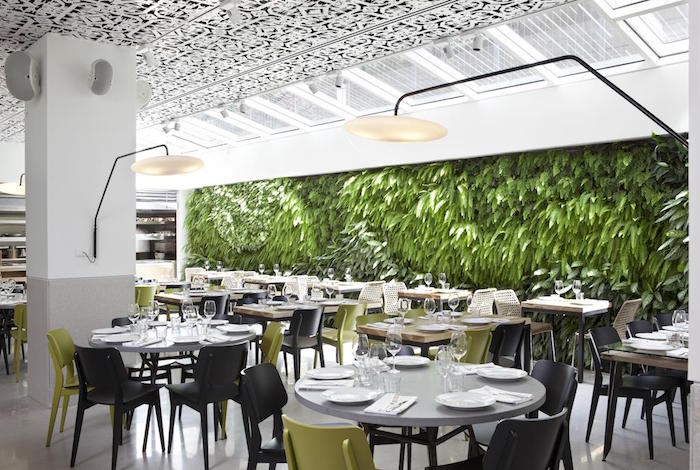 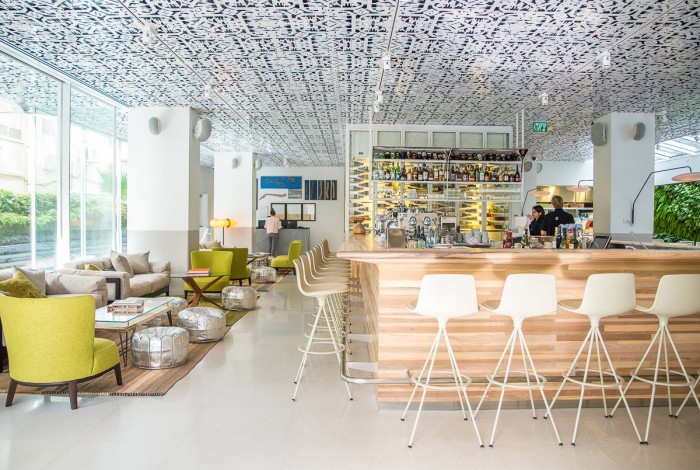 Among a sea of residential projects within the studio’s portfolio, there are also a number of hotels that have marvellously opened to disrupt the tide of the pre-existing hospitality spaces. These include the likes of Sir Albert Hotel, Mendeli Street Hotel, Wyndham Grand Frankfurt, as well as a handful of W Hotels for good measure in pockets of Europe that have become major travel hotspots.

“I like to think it’s the building talking back when we face challenges.” – Alon Baranowitz, Co-founder, BARANOWITZ + KRONENBERG.

It’s a daunting prospect to reconfigure a respected building that has formed part of history and a community for centuries, and sensitivity from concept through to completion is called for for such briefs. “We have a beautiful dialogue with buildings that allows us to converse and work with them,” explains Baranowitz. “I like to think it’s the building talking back when we face challenges. It really is a journey. When you start from scratch, anything is possible. And then you start confronting elements that affect the original ideas and plans. The trick then is to work around constraints and not against them. Often, these end up being the most exciting and rewarding projects.”

“In that moment, we moved from being functional designers and became narrative creatives.” – Irene Kronenburg, Co-founder, BARANOWITZ + KRONENBERG.

1998 was a defining year for the studio. The two designers were approached by a client to create a new restaurant and dining experience. “We remember the birth of Zo Zo Bra’s design concept like it was yesterday, and it was a turning point for us,” says Kronenburg. “I even remember what the lady was drinking on the table adjacent to us during our meeting. We sat there for hours trying to understand the concept of ying and yang. We went in completely open-minded, and only after we had succeeded in defining the energy of the concept and space did we start designing. “In that moment,” reflects Kronenburg, “we moved from being functional designers and became narrative creatives.”

A few decades later, having perfected their innovative design method with a string of hotels and residential projects, the studio was awarded the opportunity to design W Amsterdam, which I first reviewed in 2014 during its soft opening. It was another one of those projects – a ‘labour of love’ hotel, which I’m assuming received more labour than love during key moments. “It was an incredible project to work on,” beams Kronenberg. “It felt like our role was to stitch all the elements together. Before we made any decisions, we had to understand the buildings as well as the city of Amsterdam. The biggest challenge was to breathe new life into the building while remaining sensitive throughout.” 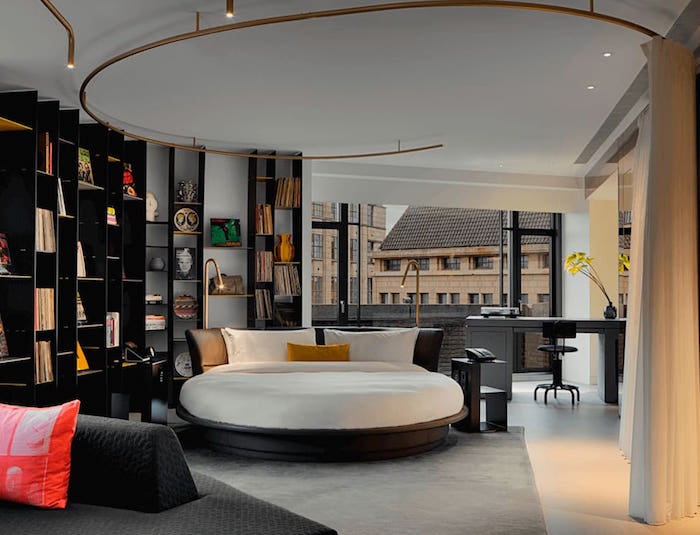 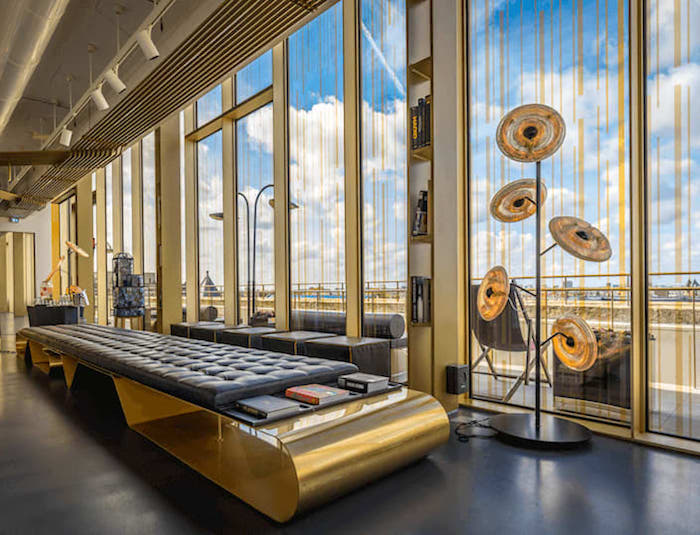 The hotel, which takes shelter in the pre-existing 1920s telephone exchange building as well as the former KAS Bank down the road, challenges design and behavioural conventions in many ways. For starters, the check-in area is positioned on the top floor of the exchange building, which flows seamlessly into the rooftop bar and restaurant and heated outdoor pool, allowing visitors to feel part of the W’s energy immediately upon checking in. “It’s a party place, but Amsterdam does not the same night life you have here in London,” explains Kronenberg, and I can only assume the designer is referencing the city’s open-minded attitudes as well as an underground party, design and fashion scene. “It was important for us to create a venue that the locals would accept as a new destination that breaks boundaries. Without the locals using the hotel’s facilities as we intended, the design would not have worked as a concept.”

Hotel designers are moving – or have already shifted – into a new era, where their design projects on the boards being influenced as much by quality materials as they are aesthetics. Having led the industry as innovators for so long, I am intrigued to understand how this greater awareness has impacted the studio. “It’s a really exciting time to be operating in the industry at the moment,” explains Baranowitz. “Perspectives on sustainability are definitely changing. Before knocking down a building, for example, we should be investigating what we can restore in order to create a continuation of urban fabric that would otherwise be forgotten. Thinking in this way has become more of a reflex.”

“It really is as simple as adjusting the way we live in order to design more thoughtful spaces.” – Irene Kronenburg, Co-founder, BARANOWITZ + KRONENBERG.

For the studio, while consumers checking in and out of hotels become more savvy to consciously designed properties, it is less about designing purposely, and more about living sensibly and within ones means so that an eco-approach becomes second nature. “There shouldn’t need to be someone telling us to design responsibly, just like there shouldn’t be someone telling us to recycle,” adds Kronenberg. “It really is as simple as adjusting the way we live in order to design more thoughtful spaces.”

HK: What is the secret to good design?
IK: Good design is about what you don’t see.

HK: Why should people visit your hometown of Tel Aviv?
EB: We live each day like there is no tomorrow. No, really, the energy on the streets is electric!

HK: What would you say has been the most significant change on the international hotel design scene recently?
IK: Respect for specialists and sourcing inspiration outside of design territory.

Not understanding the 360-degree relationship between the designer, architect and operator is a pitfall I try to avoid when reviewing hotels. When researching into the studio’s latest project it is about to complete, W Ibiza, I find it uncommon and interesting that BARANOWITZ + KRONENBERG was commissioned to work on the architecture as well as the interior design scheme.

W Hotels has a habit of doing things differently – and considering the studio’s wealth of architecture experience as well as interior design – the renders of W Ibiza say rather a lot about the buildings need for a strong relationship between both elements. The colourful renders depict a vision that is the result of a seamless and understood relationship between the shell of the building, its practical properties catering to the modern traveller and and evolution of the W-style within the vibrant interiors sheltered inside. “When we first entered the building, which is positioned on the beach front, we couldn’t even see the sea. There had been no thought as to how guests would and should use these public spaces,” explains Kronenberg. “As a result of us opening up the structure of the building sensitively, guests now capture the sea from the outside of the property.” 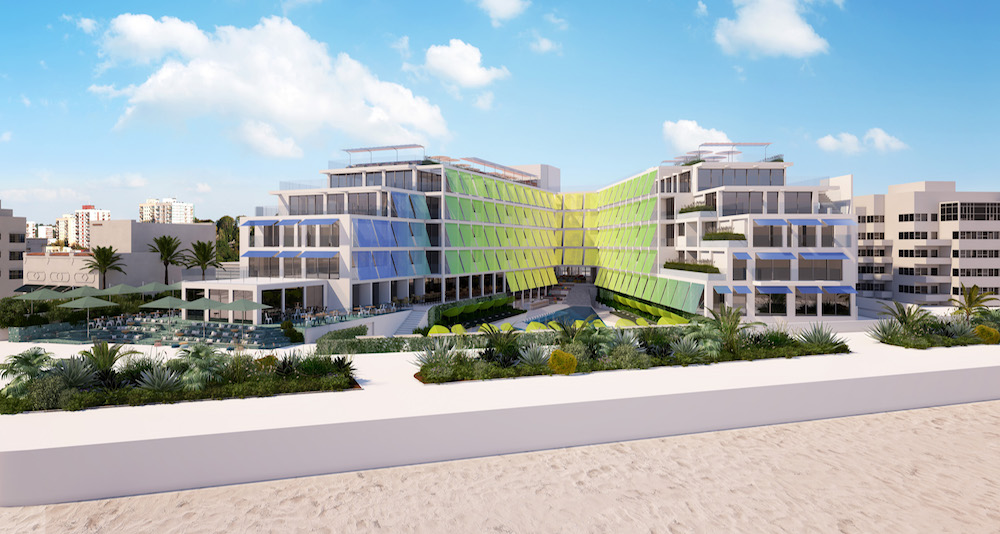 W Ibiza is slated to open in April, ahead of the 2020 Summer season. Located off the beaten track, the 167-key hotel will strike a pose on the palm-fringed beachfront of Santa Eulalia. As the only global brand on the island, the design brief was to marry the parallel realities of Ibiza with a magnetic pull that turns up the sass.

By opening up the public spaces to become a flexible social hub, the hotel becomes a place that nurtures human connections, and through the use of subtle levels creates touchable distance between each functional area. “The idea is that the energy descends into the unconventional pool area,” adds Baranowitz. “As you move up levels, the lobby/lounge area becomes more reclined, but the open architecture scheme allows for a clever connection between all spaces.” 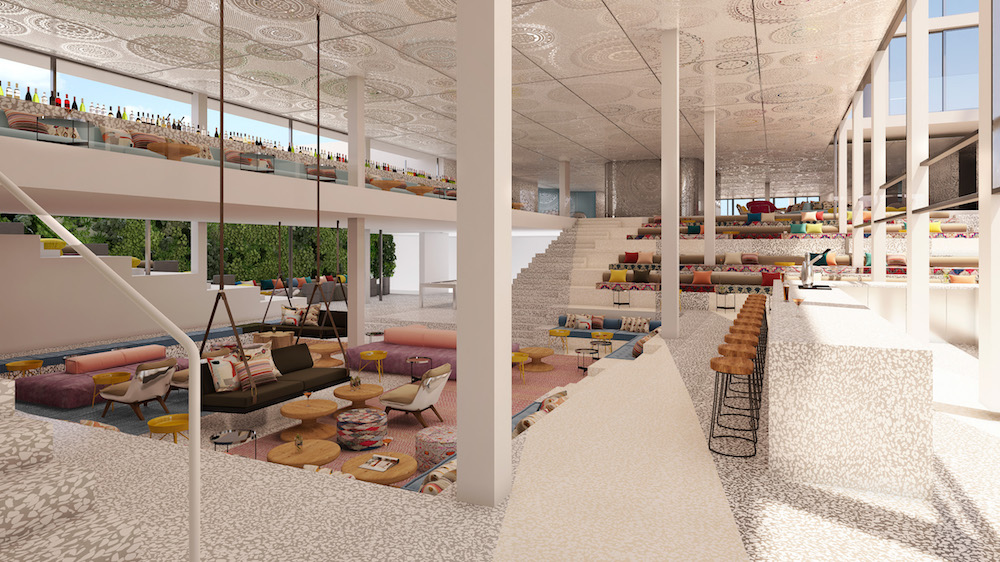 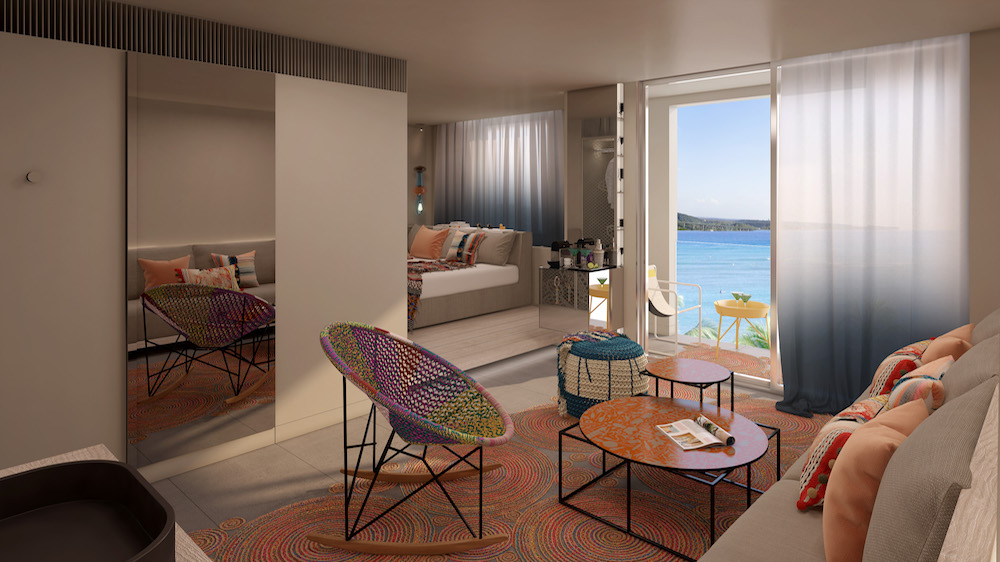 60 minutes in the company of Kronenberg and Baranowitz has allowed me to find a fresh perspective on the industry, as well as the possibilities that can emerge from taking the time to listen before acting. As the pair rush to catch their flight back to Tel Aviv, their boundless energy has awakened my senses. Nearly five years after checking in to W Amsterdam, it is as if fate has finally brought this moment together. My barely touched coffee has gone cold, which I now believe is the sign of a great conversation that will continue soon.