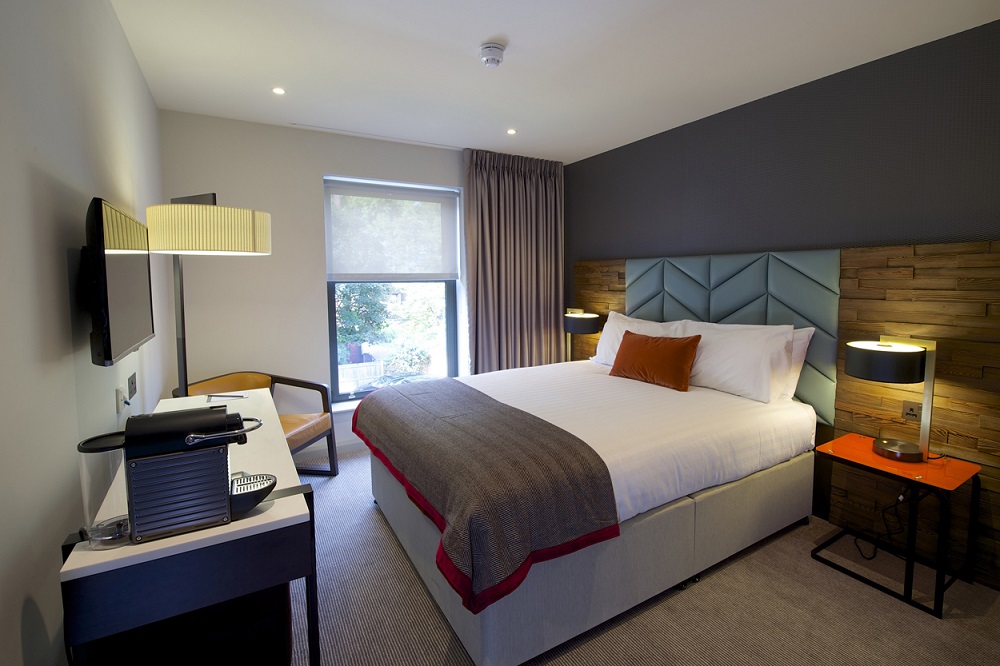 The Lodge Hotel in Putney has long been a fantastic place to stay in South West London, close as it is to the delights of Chelsea, Wimbledon and Richmond. This boutique hotel was fully renovated in 2010, uniquely formed of two grand Victorian mansions and former coaching stables and it has now opened a luxurious contemporary extension housing 25 new bedrooms.

London-based family firm Distinction Hotel was brought in by owner and MD of The Lodge Hotel, Ben Hirschfeld, to design and furnish bedrooms that would impress business clientele but also appeal to couples and families. 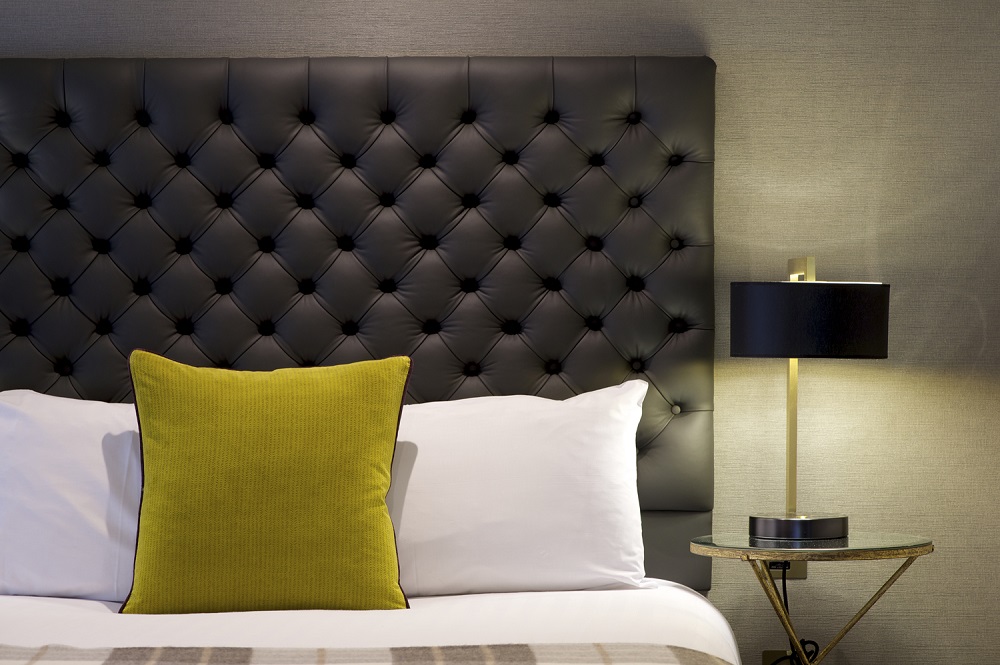 Bedroom featuring herringbone fabric and glass and metal side tables

“Having worked successfully with Mark Elliot and Distinction for over ten years, I was confident in giving them the design, furniture and soft furnishings remit for the Lodge’s new 25 bedroom extension. We settled on an ‘urban-chic’ theme to tie in with the aesthetics of the building.”

The city look of The Lodge’s bedrooms mixes luxury fabrics with industrial materials. Desks and side tables combine glass and metal with warmer features, such as walnut. Walls are treated to leather-effect wallpapers or cladding, and fabrics are a rich mix of herringbone, plaid and pinstripe. Distinction worked alongside the extension architects to ensure the plans for interior design and furniture were an integral part of the project from the beginning, with final installation taking just six weeks. 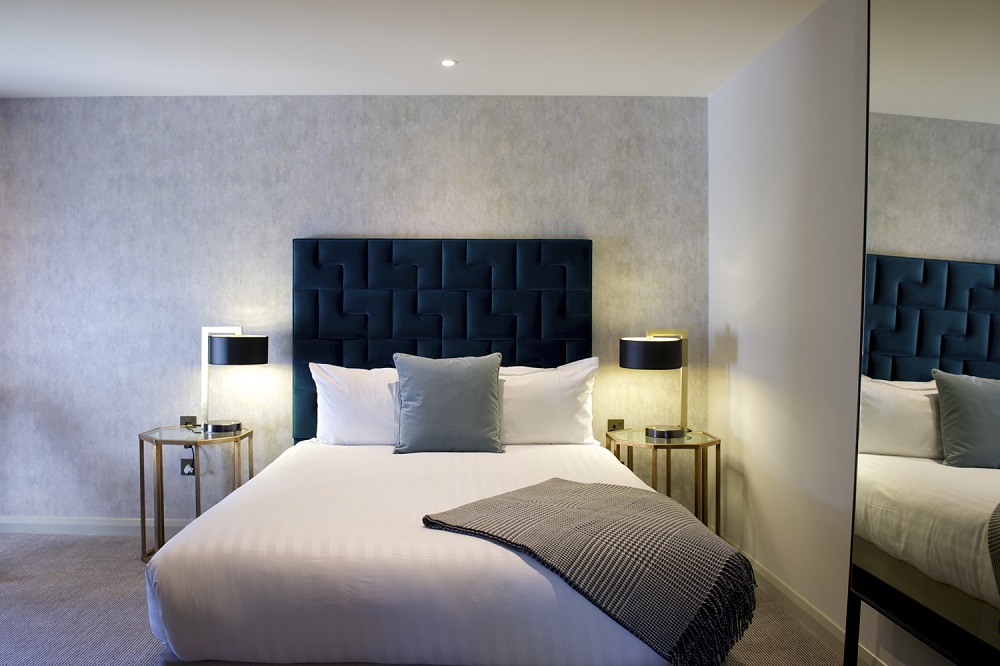 Bedroom detail featuring lighting, side table and headboard by Distinction

“I was impressed with the time given to developing the right look, feel and detail to the layouts, with much of the case goods being bespoke made” says Hirschfeld. “The extensive fit out phase went to plan, with any snagging put right by a very professional team. The Lodge continues to flourish as South West London’s premier independent hotel.”

Distinction are probably best known for their four and five star developments across Europe and the Middle East, where they work with world-renowned hotel groups to create luxurious hotel bedrooms, public areas, bars and restaurants furnished and finished to the very highest standards. But Distinction are proud of their British base and are delighted when they have the opportunity to bring their designs to life in their home city of London.