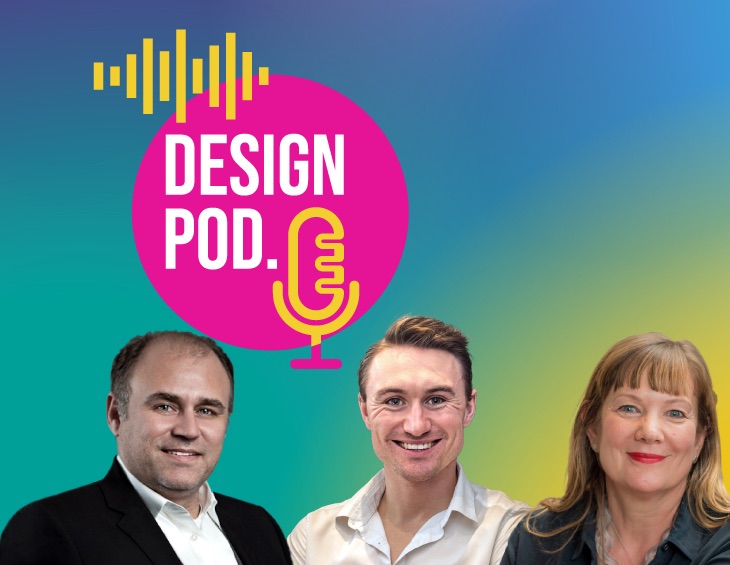 Hosted by editor Hamish Kilburn and co-hosted by designer Harriet Forde, DESIGN POD’s latest episode, entitled ‘Architecture Beyond Boundaries’, is now available to listen to all major podcast platforms such as Spotify, Amazon Music and Acast – and welcomes Christos Passas, Director of Zaha Hadid Architect (ZHA), as the guest professional for the episode.

As well as discussing how ZHA stretches what is possible in design and architecture, the episode also dives deep into the legacy that the late Zaha Hadid left behind, whose outstanding contribution to the architectural profession has been acknowledged by professional, academic and civic institutions around the world, including (but not limited to) the Forbes List of the ‘World’s Most Powerful Women. “It is no coincidence that this episode has been released in the wake of International Women’s Day,” explains Kilburn. “Hadid’s vision was one that captured the imagination of more than industry professionals; her unapologetic, pioneering mindset continues, to this day, to resonate with every individual on the planet who believes in and strives for equality in all sectors.”

“When it comes to younger generations, I always look for people who are not afraid to work hard.” – Christos Passas, Director, Zaha Hadid Architects.

Passas, who first joined the international architecture and design studio 23 years ago and recently won Architect of the Year at The Brit List Awards 2020, agreed to be interviewed by Kilburn who was keen to understand more about how the studio has changed since the passing of Hadid as well as getting the low-down on the studio’s latest project, The Opus in Dubai, which Hotel Designs exclusively reviewed the design of last month. In addition to this, Passas describes what he looks for in  the young talent that walks through the ZHA doors. “The collaborative nature within our team is something to be learned from,” explains Passas in the interview. “We have always found a certain amount of pride and encouragement to be a company that is very much proactive on an individual level. When it comes to younger generations, I always look for people who are not afraid to work hard and for those who are able to test their ideas with others while working for the good of others.”