In Conversation With: Christos Passas, Architect of the Year 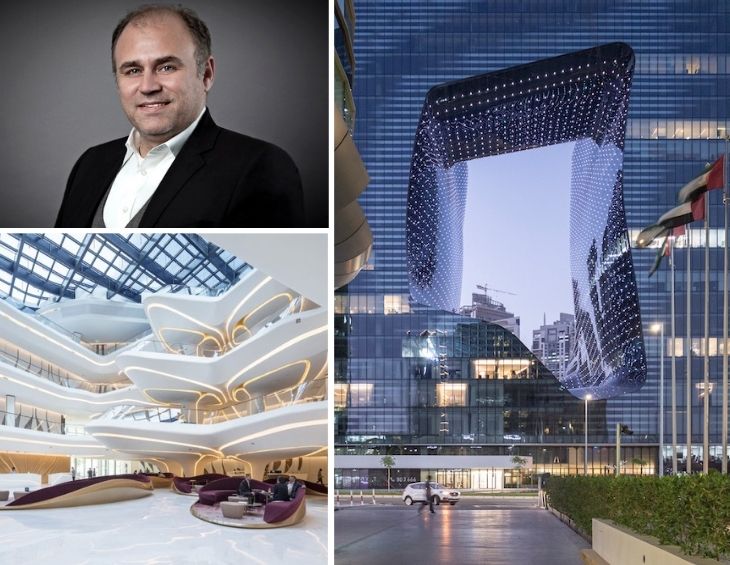 Recently crowned Architect of the Year at The Brit List Awards 2020, Christos Passas, Director at Zaha Hadid Architects joins editor Hamish Kilburn to discuss career highlights and the significance of his most recently completed project, ME Dubai…

Having worked at Zaha Hadid Architect (ZHA) since 1998 – first as a senior designer and now a director – Christos Passas, crowned Architect of the Year at The Brit List Awards 2020, is among the team of creative individuals who are continuing to effortless keep the late Zaha Hadid’s legacy alive through pioneering architecture.

Passas led the competition design on various entries for the studio, including the Holloway Road Pedestrian Bridge (1999) , which was awarded first prize, and the Phaeno Science Centre Wolfsburg (2000-2006).

His most recent masterpiece, though, was one that became known as the ‘legacy project’. The Opus, which shelters ME Dubai, is situated in the Burj Khalifa district. It’s unapologetically bold design ‘reinvents the balance between solid and void, opaque and transparent, interior and exterior’. The impressive building comprises of two separate towers that connect in the form of a cube but with a ‘carved’ central void, where the centre of the building provides unexpected and dramatic views of the exterior.

Following on from our exclusive design review, we caught up with the Passas in order to learn more about Dubai’s latest architectural marvel.

Hamish Kilburn: With this being the first hotel that’s architecture and design has been led by ZHA, can you explain what makes the relationship unique between the interior/exterior?

Christos Passas: I think the idea of having a coherent approach to both interior and exterior design, is very compelling and indeed it requires a whole lot of commitment by the designer. To be given the opportunity to transit intellectually and emotionally from an architectural, large scale, the finer details of the building that have to do with the user interfaces and the experience of the visitor. Such a context can allow designers to develop more holistic experiences for the user and to express the clients vision in a much more consistent and eloquent way. 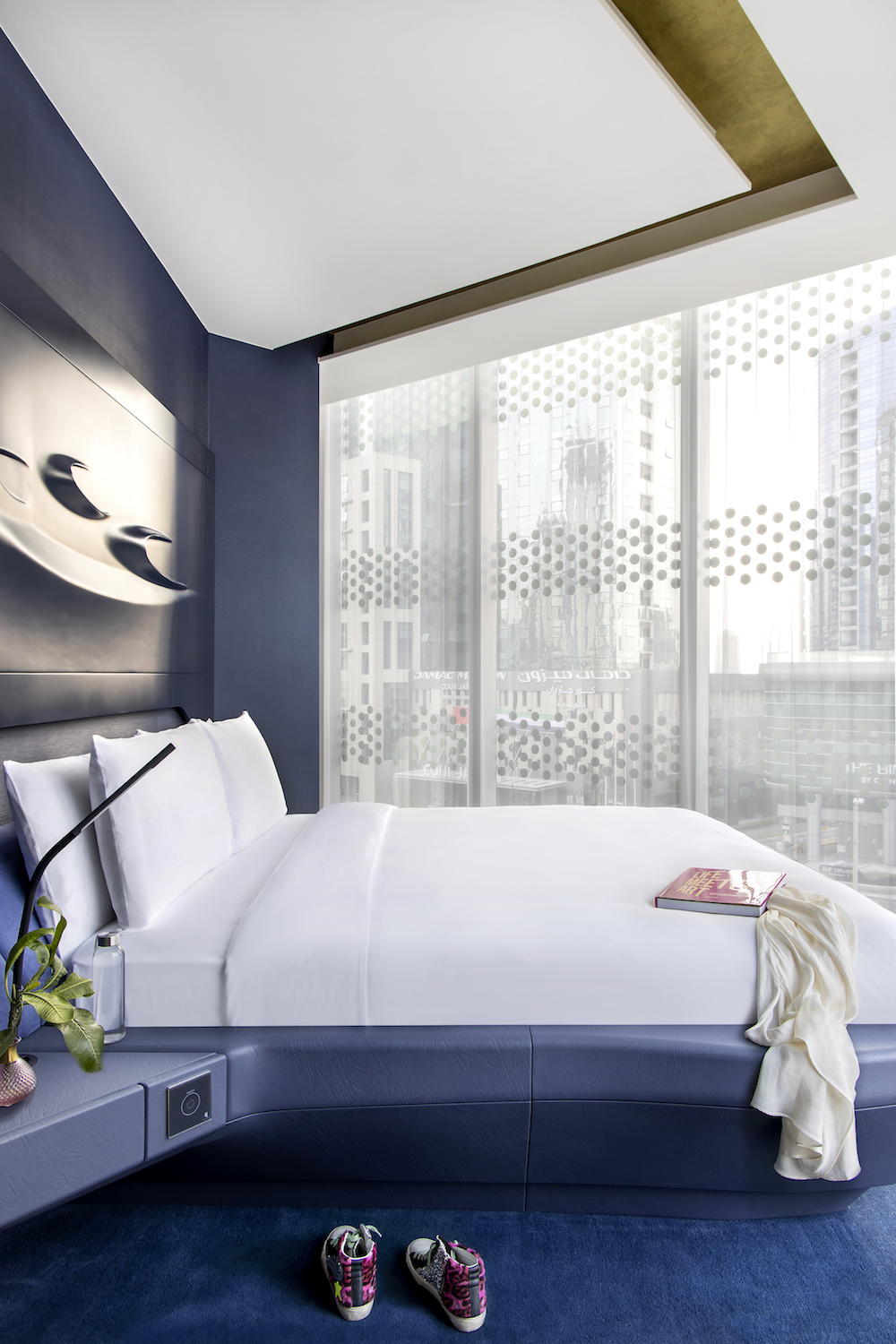 The hotel’s 74 rooms are timelessly designed to compliment the architecture appropriately. | Image credit: ME Dubai 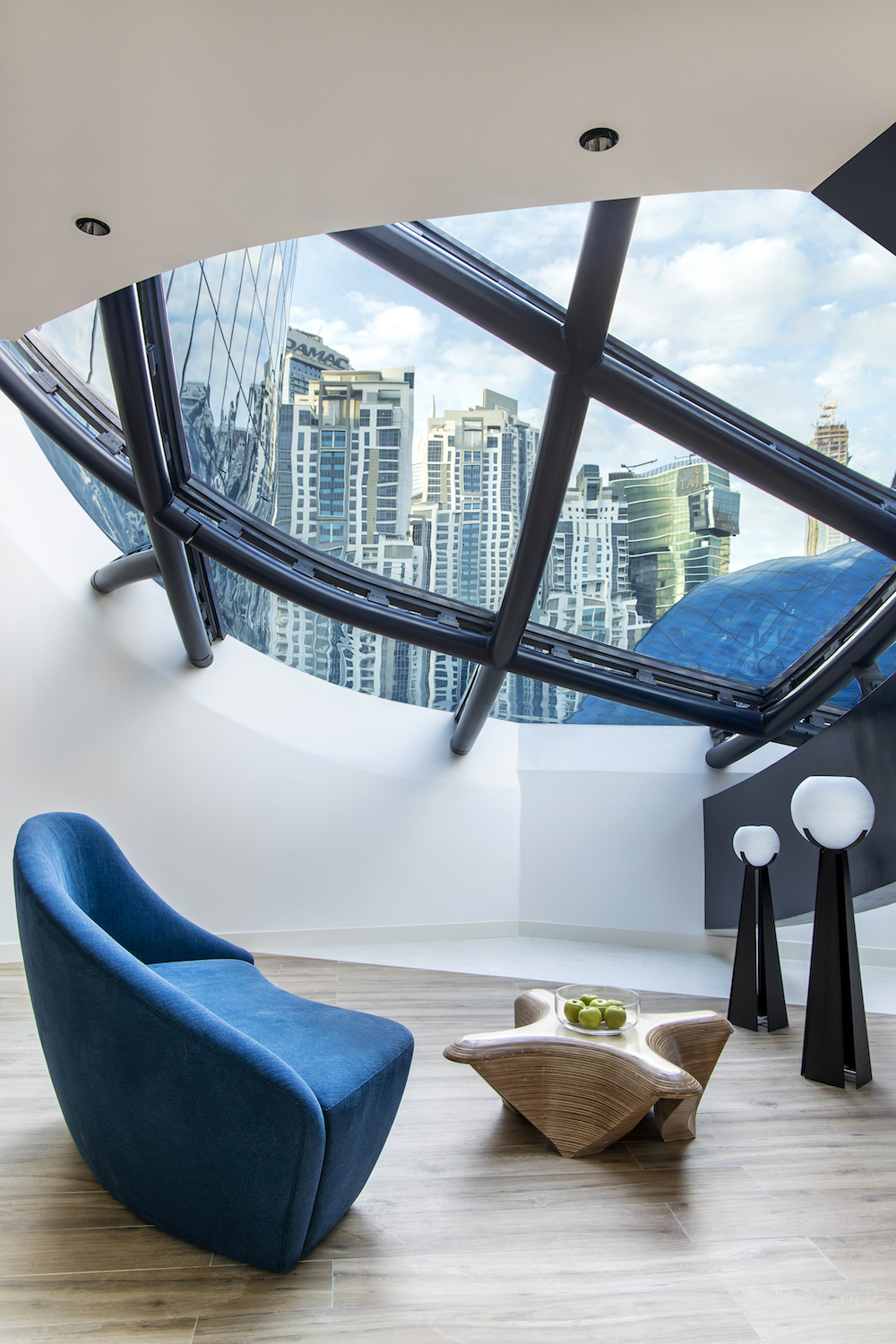 Image caption: The hotel’s ‘in-between areas’ have been thoughtfully designed by ZHA. | Image credit: ME Dubai

HK: Dubai is a congested hotel design landscape. What sets this hotel aside from others?

CP: The Opus is undoubtedly a building that leaves a mark in the Urban space of Dubai.

The reason is it’s apparently simple architectural form which is driven by a passion to rediscover the basics of architectural design and the ways in which expectations are met.

The fact that this building is a unusual composition but also one that plays with contrasting notions of solidity and emptiness makes it, believe, very intriguing. This essence is carried through to the interior, where one is effaced with a surprising composition of fluid whiteness, with a series of cascading balconies, resembling lilies, that mark the entry into the realm of the hotel. Entering the project, makes one understand that this is an immersive experience in the continuous architectural narrative, that flows all the way through from the reception desk to the hotel suites. All this is made possible through the constant engagement of the designer throughout the dimensional scales of the project, covering a vast amount of details, something that’s very unusual in Dubai.

HK: How were the ambitious plans for this architectural marvel born?

CP: When we first started working on the project, we were toying with notions of complexity, fluid forms, folding surfaces and generally using very sculptural techniques to develop architectural forms with a high degree of articulation.

At that point, I started realising that a large part of this exercise had to be contrasted back to more archetypical forms; at that point this project came about. This apparent simplicity is something that the client, Mr Amjad, particularly liked and we progressed the design along these basic lines.

The experiment here was to develop a rather philosophical thesis about the nature of presence and absence and how that is expressed in architectural and urban space.

HK: Can you describe Dubai’s skyline in one sentence?
CP: Linear and eclectic but fascinating at the same time.

HK: If you could design a hotel anywhere in the world, with limitless budget, where would it be?
CP: On a Beautiful cliffside, hanging over the turquoise sea.

HK: What has been the highlight of your career so far?
CP: Undeniably the Phaeno Science Centre has been a project where I tested my limits as a young architect but The Opus and Eleftheria Square are mature and beautifully rich projects that give a lot back to the cities in which they are build. I am very proud of both, as they engage the civic realm in very unique and interesting new ways.

HK: What are you looking forward to in 2021?
CP: The end of the pandemic and being able to travel to beautiful places once again to meet friends we haven’t seen for a long time.

HK: Aside from the complicated structure, how does the hotel’s layout challenge conventional hotel design?

CP: I wouldn’t say that the structure is very complicated. I would rather say that the structural solution that is used in this building is rather unusual for the scale of the project. Nonetheless, these decisions lead to great benefits for the project especially with the three-storey ‘living bridge’ that crosses from one tower to the other tying the volumes together; creating a unified expression.

In essence, this move allowed us to create a three-dimensional loop rather than the usual dead-end condition of the top of the tower. The layout itself is driven by this basic move and the zoning of the building is developed from this Idea.

Another important condition, is of course, the atrium in the middle of the ground floor that nests in the space underneath the glass roof. This allows the visitor to catch a stunning three-dimensional view of the building from the ground level lobby giving immediate orientation. This internal void allowed us to arrange a series of recreational and F&B uses around the balconies, overlooking the atrium in a very theatrical way. These units are accessible from the street scape but also from the interior activating the area around the building.

“One of the main challenges was during the construction the element of the ‘living bridge’.”– Christos Passas, Director, Zaha Hadid Architects.

HK: What were the main challenges on this project?

CP: This project is bigger than it appears at first observation. One of the main challenges was during the construction the element of the ‘living bridge’, but also the undulating glass facade that was precisely engineered to envelope the building in a seemingly seamless and very smooth manner. A lot of effort has gone into rationalising the glass panels so that we can achieve maximum economy and maximum effect.

HK: What other projects are you currently working on?

CP: I’m currently working on a number of other projects some have been in the pipeline for some time and are also finishing now, such as the urban intervention project for a Eleftheria Square in Nicosia, Cyprus. On the drafting table, we have several projects in China and also in the Middle East and Russia where we are developing a flagship Technopark project for a large bank In Moscow and a Philharmonic Hall in Yekaterinburg. Our interest currently, is to develop new schemes and approaches that would be able to deal with the eco-technological paradigm and that can be then implemented in the hospitality, the residential and the commercial sectors.

Since you’re here, why not read the exclusive design review of ME Dubai?