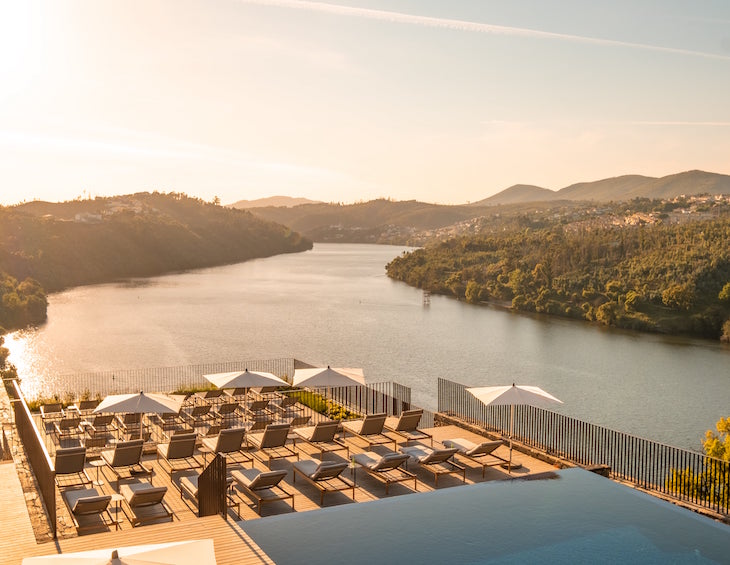 With Portugal being on the ‘green list’ when it comes to travel from the UK – for now, at least – editor Hamish Kilburn shares some hotel gems, from Lisbon to Porto and everything in between, that you may or may not be familiar of…

The floodgates into Portugal have opened (kind of). International travel is no longer a wanderlust dream and we are able to unlock hotel design wonders, in person, once more.

With few countries on the ‘green list’ considered ‘travel hotspots’, Portugal is among the few places UK travellers are allowed to visit to without having to isolate upon their return – it’s also, without question, the most popular place to visit since travel restrictions were slightly lifted.

To mark this moment as a small celebration, we thought we would share with you a handful of our favourite hotels in Portugal, from boutique boltholes in Lisbon to something new in the Algarve, and not forgetting the one-off travel experiences in other towns and cities in between. 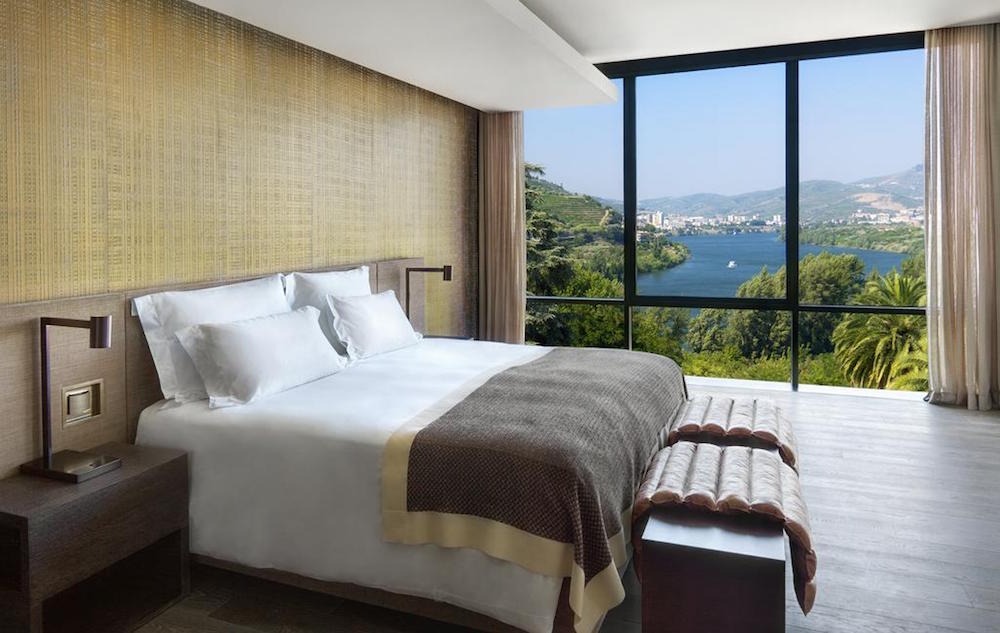 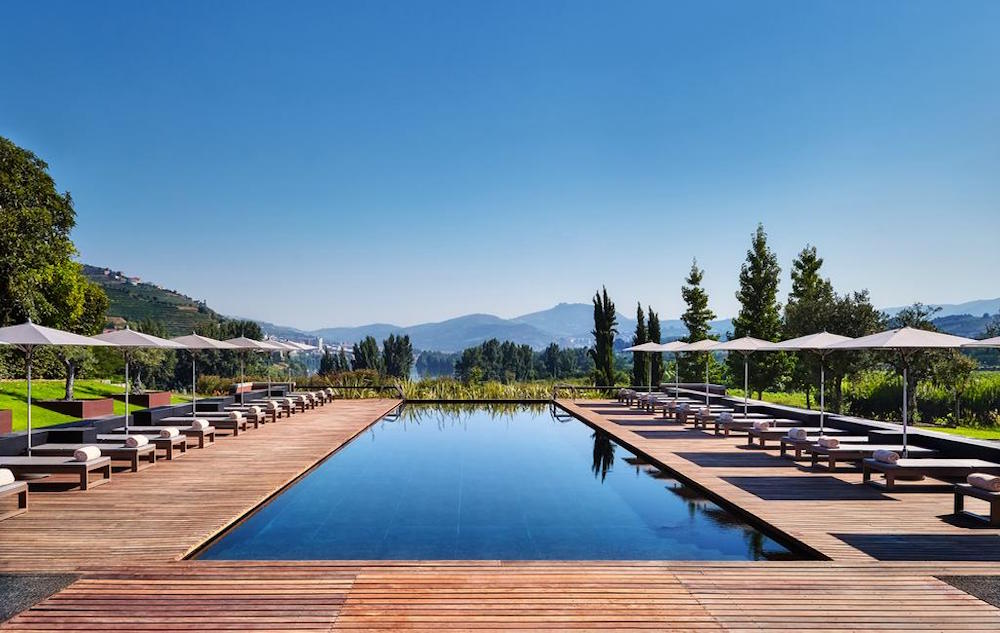 From its postcard-perfect setting in the UNESCO World Heritage listed Douro Valley, to the elegant and innovative decor within, Six Senses Douro Valley has a lot of untamed charm. Surrounded by ancient vineyards (this area of Portugal is the oldest demarcated wine region in the world), the hotel’s contemporary personality is camouflaged by its location. From the beautiful chandeliers made of wine bottles to the unique Wine Library & Terrace; this is the place to sample some of the world’s most rare and entrancing vintages. Throughout all guestrooms, suites and villas decor is chic and modern with large windows to take in the most of the spectacular views on every side. This contemporary elegance continues throughout the hotel, which has a unique character and feel.

As you’d expect from a Six Sense property, the spa is a statement feature, which includes an expansive indoor pool and 10 treatment rooms.

Throughout the hotel, the decor is chic and modern and there is an emphasis on sustainable luxury. Innovative use of cork flooring and beautiful chandeliers made from wine bottles lend a sense of place, whilst also ‘upcycling’ in an environmentally conscious style. This attention to detail characterises what is a truly special Portuguese hotel. 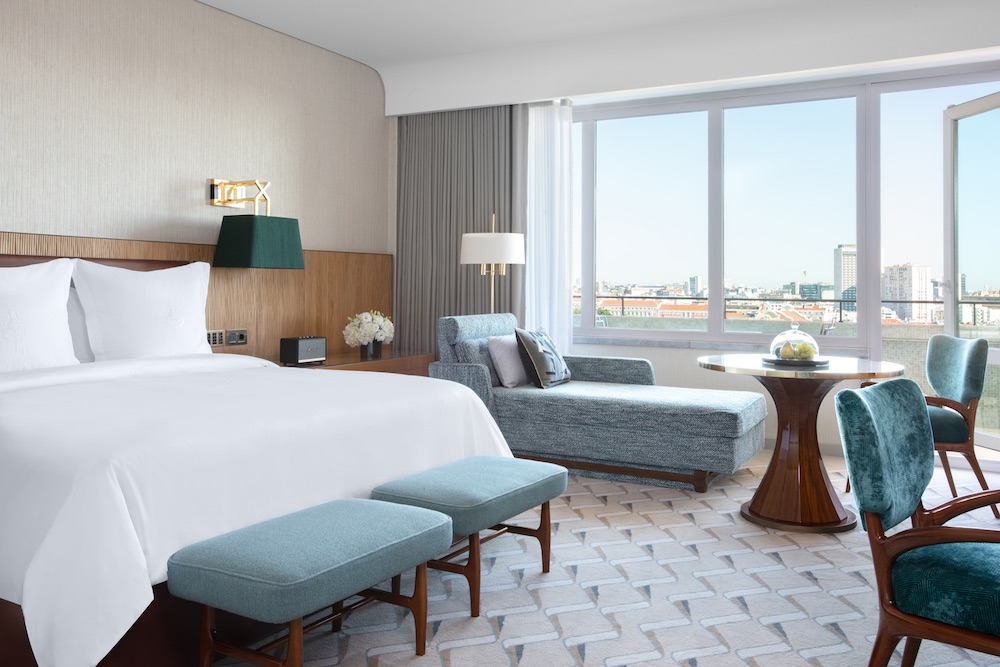 Four Seasons Hotel Ritz Lisbon has recently unveiled a new renovation to its guestrooms, suite, as well as unveiling a new outdoor swimming pool and an outdoor bar and terrace. Portuguese architecture studio OITOEMPONTO was appointed in 2019 to breathe new life into the guest rooms and suites at the iconic Hotel. Design duo Artur Miranda and Jacques Bec were reticent to ‘modernise’ the classic Hotel, so set about re-imagining the past for the present, to evolve the Hotel’s roots in style, aesthetics and ambience. 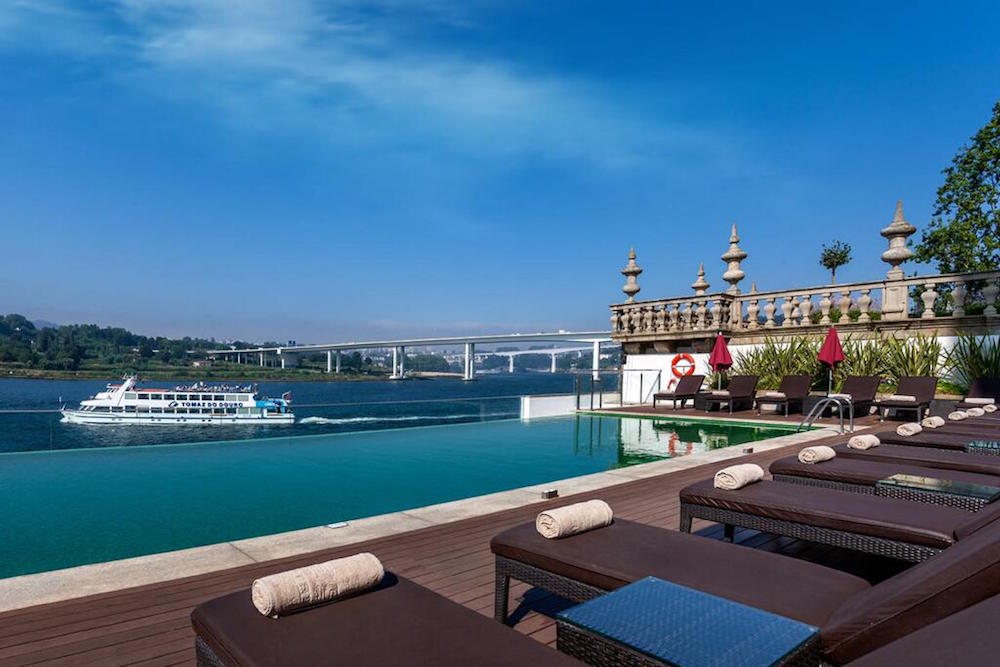 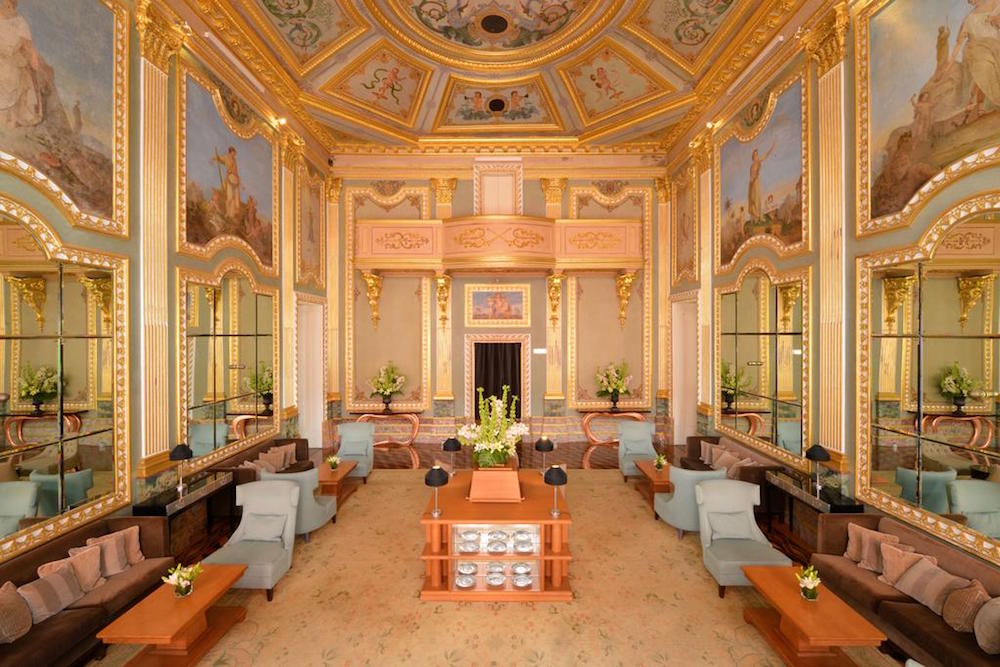 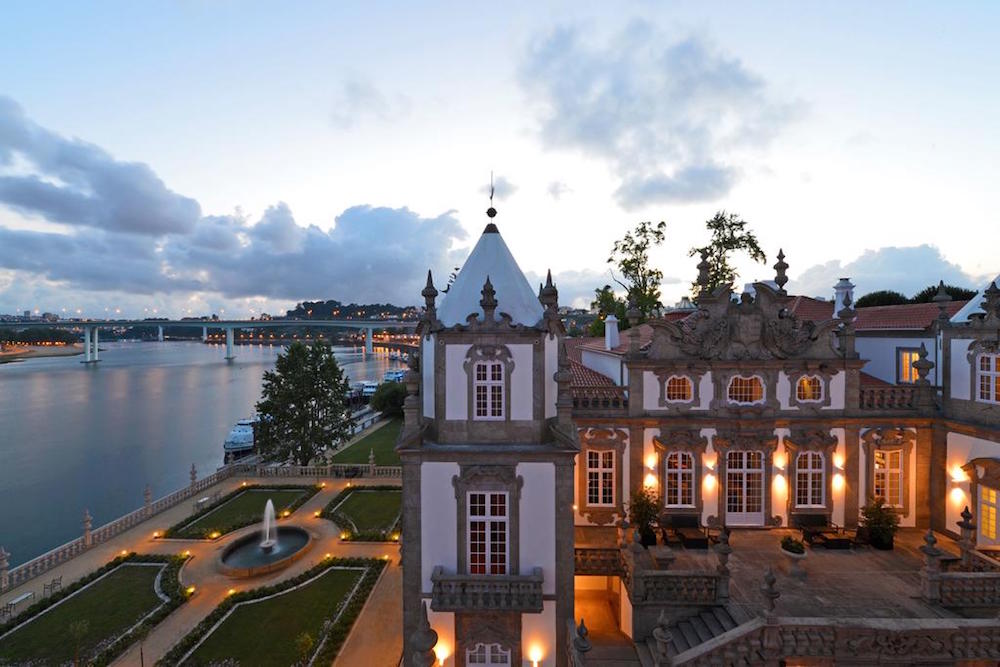 The last time I visited Pestana Palácio do Freixo was in 2014, and I bet since then nothing has changed – at least I hope that’s the case. Located just 3 km west from Porto’s city centre, the Palácio do Freixo, classified in 1910 as a National Monument, is a unique example of Baroque architecture, with about 10,000 square metres of gardens and green spaces offering breathtaking views of the River Douro.

The setting of a stunning example of an Urban Resort, it is a member of the exclusive consortium The Leading Hotels of the World and provides guests with an unparalleled experience that marries traditional values with contemporary comfort. The Pestana Palácio do Freixo is characterised by its sumptuous eighteenth century architecture. It was built by Nicolau Nasoni, one of the most important architects that helped Porto become a World Heritage Site. 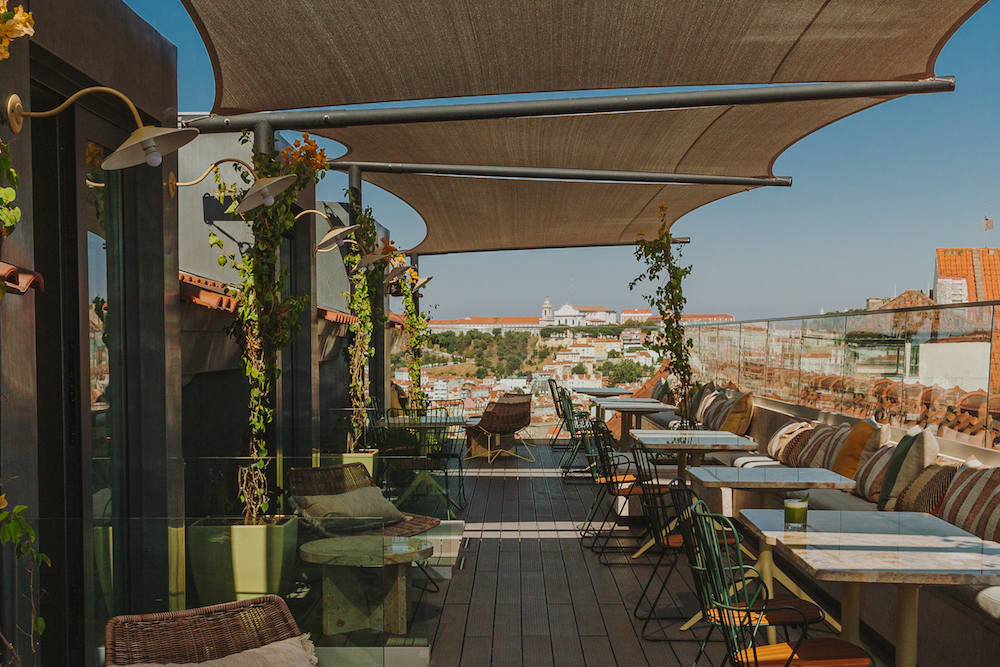 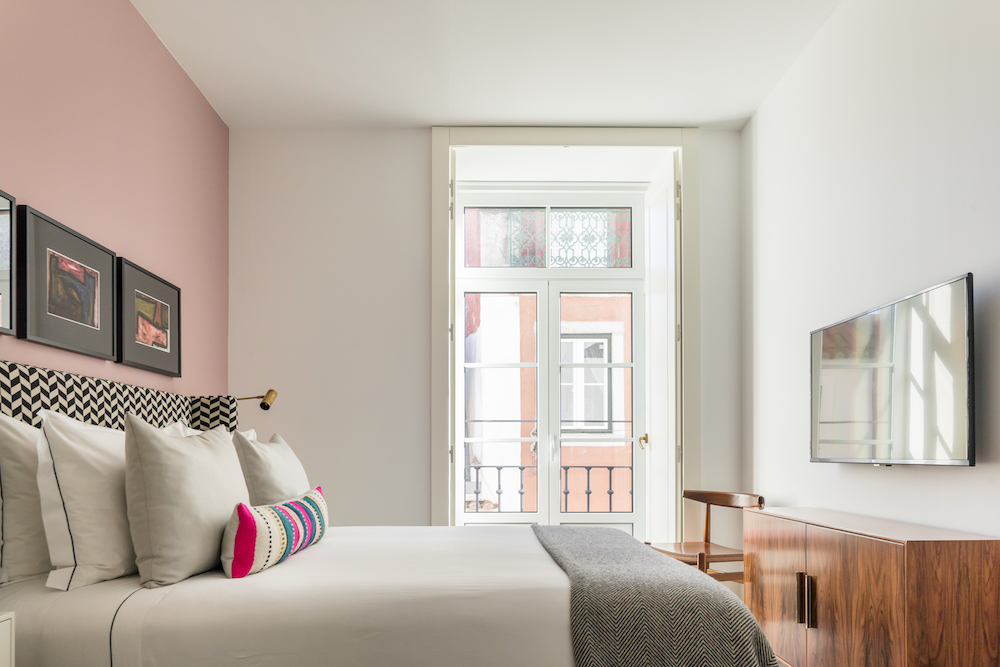 The Lumiares, Lisbon is a five-star boutique bombshell, where the style is personal, not “corporate”, relaxed not “stuffy”, gives an authentic nod to Lisbon’s colour, culture and patterns.

The fully renovated hotel, which is housed in a former XVII century Palace in the heart of the city, has all the key amenities and facilities for business and leisure travellers who want to feel at home when away from home.

The Lumiares’ philosophy is to highlight the authenticity and personality of Lisbon by collaborating with local Portuguese businesses to showcase ‘the best of Portugal’. Almost every item of furniture, artwork, textiles and room accessories has been conceived, designed and manufactured in Portugal, some within 500m from the hotel, which transcends a new take on ‘living like a local’.

The starting place for design and artwork within the 47-key hotel was the location. Perched on the central edge of Bairro Alto, the hotel is situated in a Lisbon quarter home to a bohemian mish-mash of everyday residents, artists and merchants’ studios, restaurants, quirky shops, lively bars and cafes; a warren of asymmetrical buildings with mismatched facades of varying heights and hues, its narrow streets and pavements cobbled in Lisbon’s iconic square paving stones. 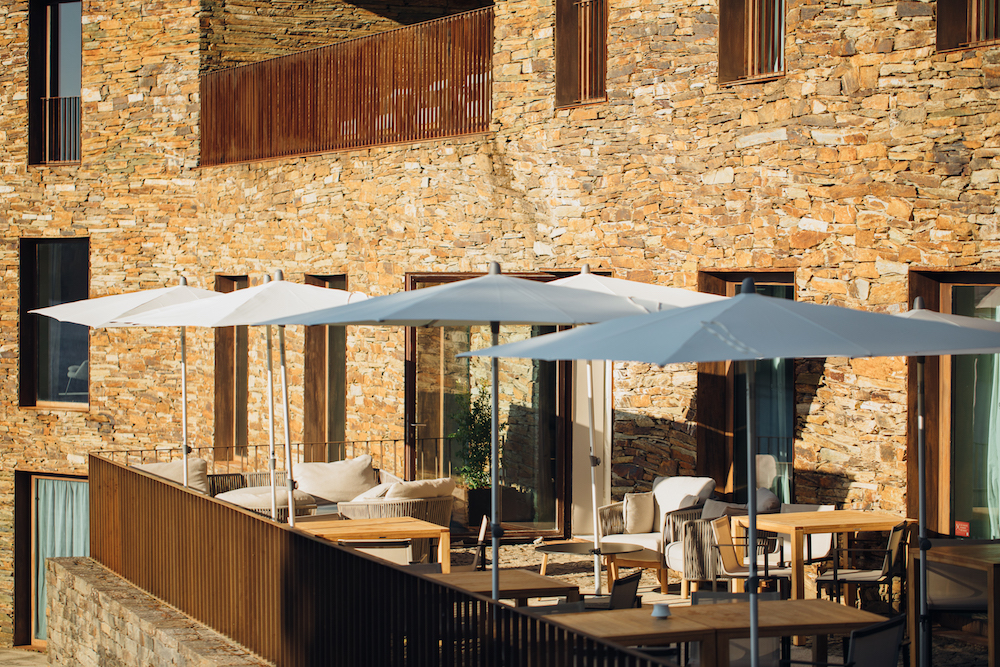 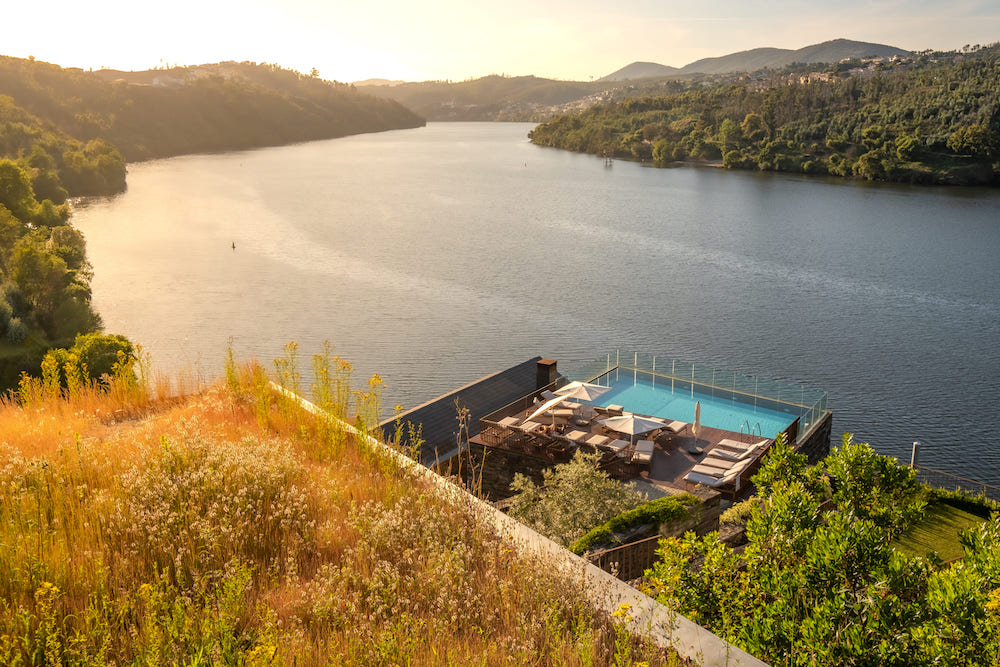 Douro41 Hotel & Spa, which has just been accepted into Virtuoso’s exclusive portfolio of luxury travel partners, is located on the bank of the Douro River, and as such frames unparalleled views of the natural landscape. With 61 rooms and suites, the hotel that underwent renovations between 2018 to 2019 features modern, minimalist lines, while celebrating the comfort and elegance of a true luxury property.

The location and the architectural characteristics of the building enhance the connection to the surrounding landscape and the sense of an escape from reality: built in schist and glass on a terraced hillside stretching down almost to the water’s edge, the Douro41 had, at the heart of its foundation, various environmental concerns and the desire that the hotel should be coherent with its surroundings.

The hotel’s design is simple and it’s clear that human construction is unobtrusive, merging harmoniously with the river and the mountains surrounding it – a prime example of this are the two outdoor swimming pools, both infinite, where guests almost feel part of the landscape. 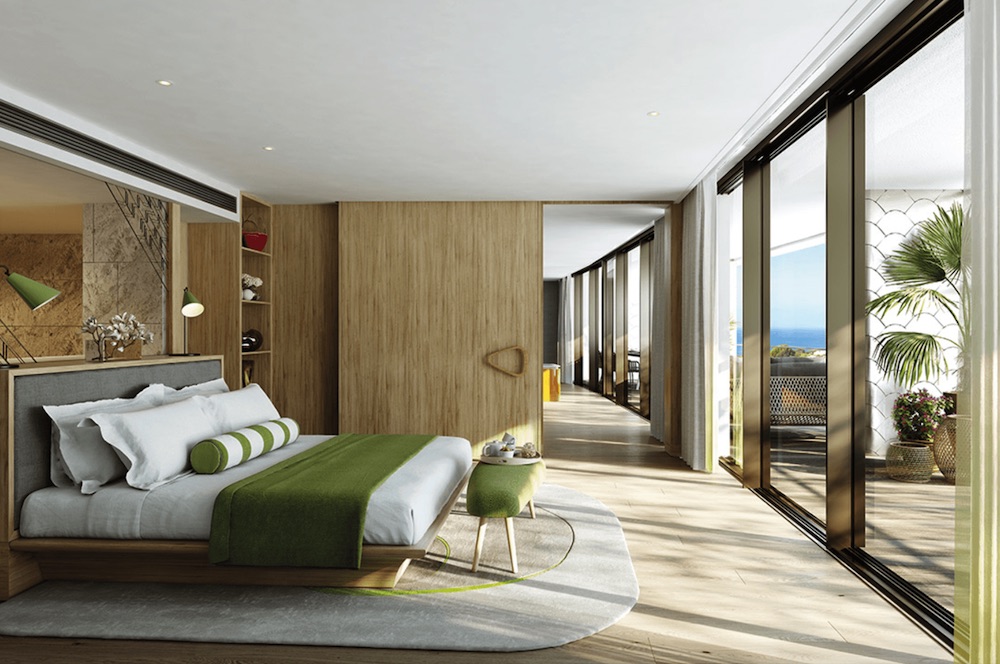 W Algarve, which is expected to arrive onto the European hotel design scene this summer is the first resort commission for design studio AB Concept outside of Asia which has been working closely with Divercity Architects to introduce something new to the Portugal’s bustling Algarve.

The new lifestyle hotel shelters 134 guestrooms and 83 residences – ranging from one-bedroom apartments to a four-bedroom penthouse. Ab Concept, led by Ed Ng and Terence Ngan, has taken the region’s rugged coastlines, green meadows and vineyards as inspiration for the interior design scheme, using sandy neutrals, greens and blues throughout the hotel.

“We worked closely with landscape designers Scape and interior designers AB Concept to develop a strong narrative theme and eye-catching aesthetics for the resort,” Divercity Archtiects explains on its website. “Exploring the local landscape, culture, and cuisine, we identified the arch as a common thread, evident in the Algarve’s sea caves, the arcades and archways of traditional Portuguese architecture, and the fish scales in the fishing communities along this dramatic coastline.”

The new W resort on the Algarve coast is tipped to become Portugal’s new ‘it’ destination – watch this space, Portugal!