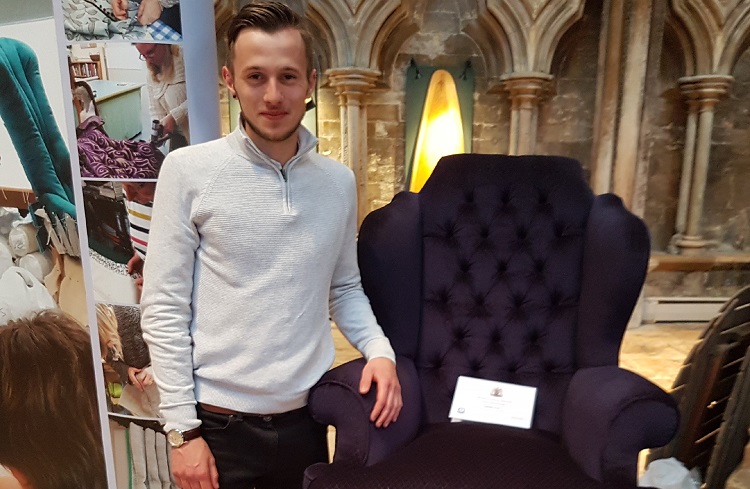 The AMUSF apprentice formed part of a team of association members who represented the Worshipful Company of Upholders at Lincoln cathedral’s Heritage Skills Festival in June. 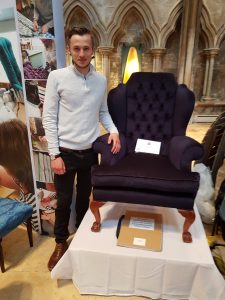 As part of the festival, Darren saw his final apprenticeship diploma piece – a chair – on show, along with other examples of upholstery and soft furnishings. He is the first trainee to complete the Livery Company Apprenticeship Scheme, launched in the summer of 2014.

The Upholders sponsored the frame of Darren’s chair and Kobe the Conure fabric, from the company’s Toucan collection. David Harris, Kobe MD said: “We are delighted to see our fabric used to create such a beautiful piece of furniture. It’s a credit to Darren’s upholstery skills and I would like to congratulate him on his qualification, which recognises the hard work and commitment he has shown to his craft.”

Darren was presented with his AMUSF qualification at Wendy Shorter’s Students’ Show on 29th July. Wendy Shorter Interiors is a multi-awards winning training centre that has received several craft training awards for encouraging craft skills in upholstery and soft furnishings.