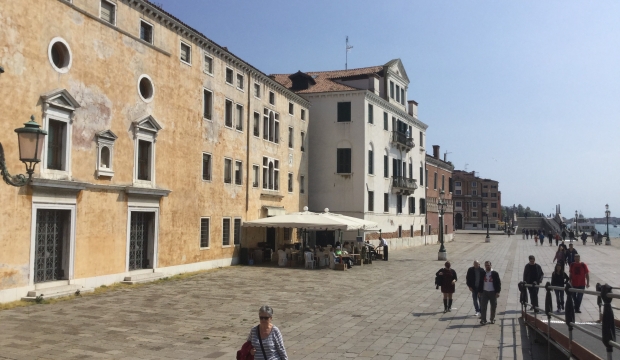 Escarrer added that “we have waited until we found our dream project: a hotel located on the Grand Canal, in an old hospice, in one of the most idyllic and desired destinations in Europe.”

The hotel will open at the end of 2018 following an extensive refurbishment. It will feature 79 rooms, meeting rooms, a signature restaurant and an all-day-dining restaurant. Its swimming pool, patios and unique views of the Grand Canal and the city of Venice will complement the experience of the most discerning guests.

Gran Meliá Ca’ di Dio will join the growing list of luxury hotels in Venice, one of the world’s most popular international destinations. The hotel will offer the attributes that differentiate Gran Meliá from competitors: the most modern and avant-garde expression of Spanish luxury culture, passion and lifestyle, which have made hotels such as the Gran Meliá Rome and Gran Meliá Palacio de los Duques in Madrid international benchmarks of 21st century five-star hospitality.

The hotel is owned by the Salute Hospitality Group and will be managed by Meliá Hotels International for an initial 29 years. The operation also involved Rinascimento e Valori, a hotel consultancy in the Italian market.

New INNSIDE by Meliá in Rome
Meliá Hotels International has just announced a new hotel for the INNSIDE by Meliá brand in Rome, the INNSIDE Porta Maggiore, located in the homonymous square of the old neighbourhood of Esquilino, one of the trendiest districts of the Roman capital. Owned by Salute Hospitality Group, the hotel will open in 2019 and will have 171 rooms, swimming pool, wellness centre and fitness area, two restaurants and different meeting and event facilities.

With these facilities and its central location, INNSIDE Porta Maggiore will focus on the bleisure segment, the Group’s strategic approach to grow in urban destinations. INNSIDE by Meliá, an urban brand with a lifestyle touch, comes to Rome to address the contemporary traveller and offer a different experience. At INNSIDE, guests can linger in lobbies fit for living in, enjoy endless WIFI and a daily offering of soft drinks, think big in creative meeting spaces, get going in 24/7 exercise classes, and relax in Wellness areas.