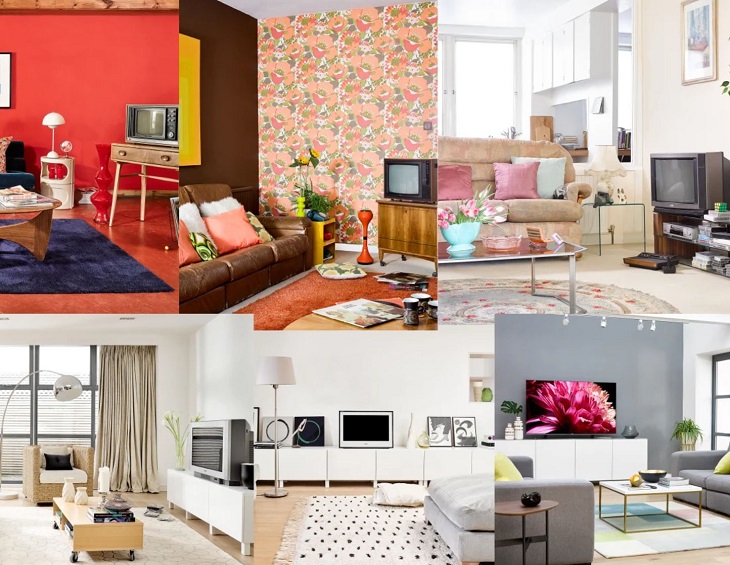 Despite changing décor, consumer behaviour, streamed content taking a leap forward and hoteliers wanting to steer guests to utilise public areas, the TV is still the heart of the guestroom according to the ‘Evolution of the Living Room’ report, released in conjunction with a survey of 6,000 European consumers and commentary from industry experts.

Informed by experts including Italian design duo Stefano Mich and Alessandro de Pompeis,Sonia Solicari the director of the Geffrye Museum of the Home and psychologist Emma Kenny, the report reveals how the living room has evolved to fit in with our modern-day lives and is centred around the TV, which has evolved with it – as have the designs of modern hotel guestrooms as a result.

The findings demonstrate how the modern-day television set now completes a living space, while also exploring the modern phenomenon of on-demand and streamed services, as well as the growing inch size of televisions.

Covering off topics such as how streaming has infiltrated the living room, the continued increase in TV size despite the increase in popularity of smaller, portable devices, it provides a unique insight into how technology and society have shaped its development.

“64 per cent of people said that they watch just as much or more TV now than they did 10 years ago.”

Since the first Sony TV was created in 1960, it quickly became a central and integral part of the living room as the popularity of TV grew – with a third (32 per cent) of people saying it is the most important item, coming second only to the sofas they watch it on. This trend is showing no sign of slowing down either, as 64 per cent of people said that they watch just as much or more TV now than they did ten years ago.

Sixty years ago, families huddled around an 8inch TV set but present-day living rooms now have a cinema-style feel – with TVs going up to 75 inches in size.

The report also found that people now prefer streamed content over watching scheduled TV. Reasons given for this include the flexibility streaming offers rather than be restricted to the show on TV (50 per cent), fitting programmes in around longer working hours (32 per cent) and being able to watch with friends/or a partner (31 per cent).

“Television isn’t simply a medium that enables you to enjoy a variety of content,” said UK TV psychological expert and media commentator, Emma Kenny. “It represents so many different variables, and reaches individuals in completely unique ways.”

While society has changed significantly since the introduction of the first TV to the present day – along with design innovations of the TV as a result of seamless collaborations – many of our social behaviours remain the same. We’re still social beings who value family time, and with a certain nostalgia linked to ‘TV time’ across Europe, it doesn’t surprise me that families continue to enjoy TV together as a shared experience.

Despite the increase in popularity of portable devices, TVs are getting bigger, with more than a third of people now wanting a TV more than 55 inches and 16 per cent desiring a 65+ inch set.

Kenny adds: “Like it or otherwise, we associate owning items that really ‘stand out’ as a marker of success. The market for large TV’s has grown, and this has made it a competitive environment. If you want your home to appear modern and your lifestyle to seem successful, then status symbols are important. This bigger is better belief system has never been so prominent than in the world of TV.

“Living rooms are transported into home cinemas, making the viewing experience the best that it has ever been. Whilst for many of us affording a season ticket to watch your favourite football team is out of reach, yet you can feel as if you are at the match when you have a large, quality TV screen in front of you”