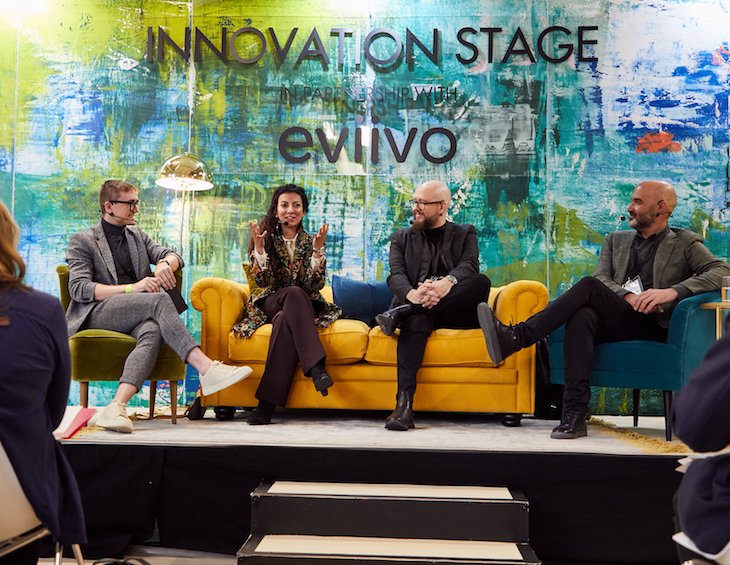 Following 18 months of uncertainty, the Independent Hotel Show 2021 did what it does best; it brought people back together to re-connect, re-think and re-consider what the future for the indy hotel looks like. Editor Hamish Kilburn, speaker at the show, was there to soak it all in…

Leading figures on the UK independent hospitality scene emerged from their bunkers this week to attend the Independent Hotel Show 2021. Exhibitors and visitors alike were not quite sure what to expect when they entered the doors of Olympia London after a year of empty lobbies followed by the double-blow of staff shortages in the wake of Brexit. But once in the hall, with natural Autumn light flooding into the arena, familiar and friendly faces started to appear and harmony was restored.

The highly anticipated show, which like all trade events last year was forced to find virtual alternative routes to keep the industry reconnected during lockdown, was on a mission this year, it seemed, to cut through the noise in order to shelter meaningful conversations that packed a punch and allowed the live audience (a novelty that no moderator took for granted) to explore topics from a slightly different perspective.

Among the 200 carefully curated hotel suppliers at the event, there were a number of exciting new launches on the show floor including a range of innovative technology services. 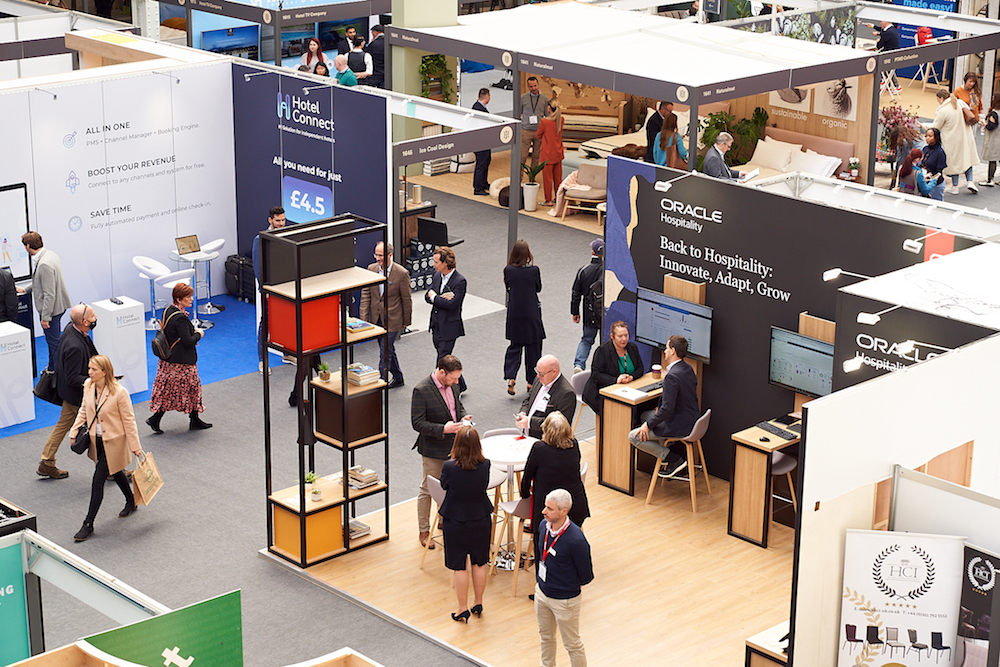 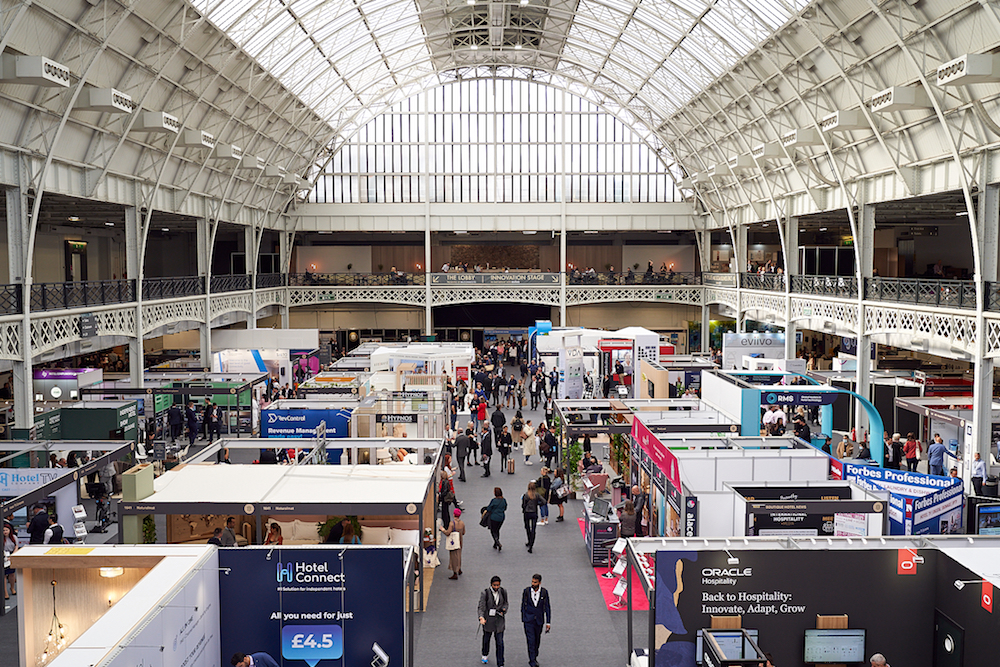 The Innovation Stage, in partnership with eviivo and dressed by sofa.com, was elevated by an eight-metre-wide mural created especially by art studio Aster Muro, highlighting a continued commitment to integrating art and design into the fabric of the event.

The Innovation Stage’s extensive seminar programme saw packed sessions across the two days of the show and covered subjects including the evolution of sensory hotel design, the effective use of customer data, tackling recruitment and retention challenges and much more.

Hotel Designs’ first panel discussion on sensory design, with interior designer Marie Soliman, architect Mark Bruce and sound expert Tom Middleton, struck a chord with hoteliers who used the session to understand how they could set themselves aside from other hotels by taking a three-dimensional look at their design and hospitality in one. What made the topic particularly exciting was that the panel themselves were currently in early stages of using new sensory ways to elevate guest experience in the hotel projects they are working on. 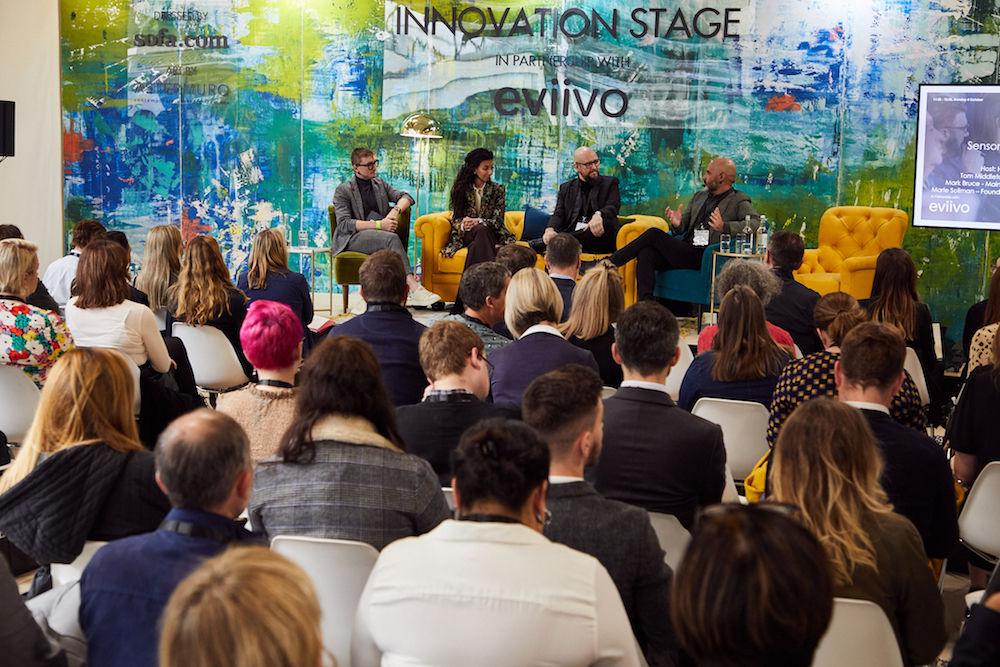 Gareth Banner, Managing Director of The Ned and panellist on ‘The Membership Model: Creating A Lifestyle Brand session, commented: “It’s great to be back at a live event after so long. When you’re in the hospitality business there’s no substitute for being with people, whether that’s customers, vendors or industry colleagues, and it’s very encouraging to see such good numbers here.”

The show’s Social Business Space, designed by Aorta, hosted a number of campfire-style sessions during the event, allowing guests to network with and learn from their peers in an intimate, informal and productive environment and covering topics such as hotel marketing, staffing challenges, kickstarting city hotels and retaining domestic tourists.

Peter Hancock FIH MI, outgoing Pride of Britain Hotels Chief Executive and Independent Hotel Show Ambassador, commented: “Such a delight to find the Independent Hotel Show back in business after our prolonged period of forced hibernation. I’m thrilled by how many people have come here and how excited they are about mixing with other hoteliers, learning from each other and learning from the experts that we’ve brought into the show.”

Monday October 4 ended with a joyous industry celebration, as guests celebrated the return of face-to-face events and the reconnection of the hotel community. The evening’s festivities kicked off with the celebration of the Good Hotel Guide’s ten Cesar Award winners. The Independent Hotel Show Awards were announced, with Joanne Taylor-Stagg FIH MI, General Manager of The Athenaeum Hotel & Residences securing Independent Hotelier and Anna Sirba, Operations Manager at Salcombe Harbour Hotel, awarded GM of the Future, in partnership with The Master Innholders.

Juris Dubrovskis, Executive Housekeeper at The Athenaeum Hotel & Residences, was additionally named ‘One to Watch’ by the judges, for his ‘tenacity, drive and passion for hospitality’. The evening concluded with a surprise additional award for industry veteran Peter Hancock, as he was given Outstanding Contribution for his lifetime’s work in the hospitality industry.

The morning of Tuesday October 5 saw The Power Breakfast hosted by Freemotion from iFIT, an exclusive morning session which welcomed independent hoteliers to hear renowned restaurant critics Fay Maschler and David Ellis discuss what goes into creating an exceptional hotel restaurant experience and taking a deep dive into modern restaurant trends and challenges.

Serena von der Heyde, Owner of Georgian House Hotel & Victoria House Hotel, commented: “I loved the show. I thought the panel discussions were the best and most relevant that they’ve ever been. The Power Breakfast discussion was brilliant – informative and funny. Missing a year has reinforced my belief that the Independent Hotel Show is the most important event in my calendar.” 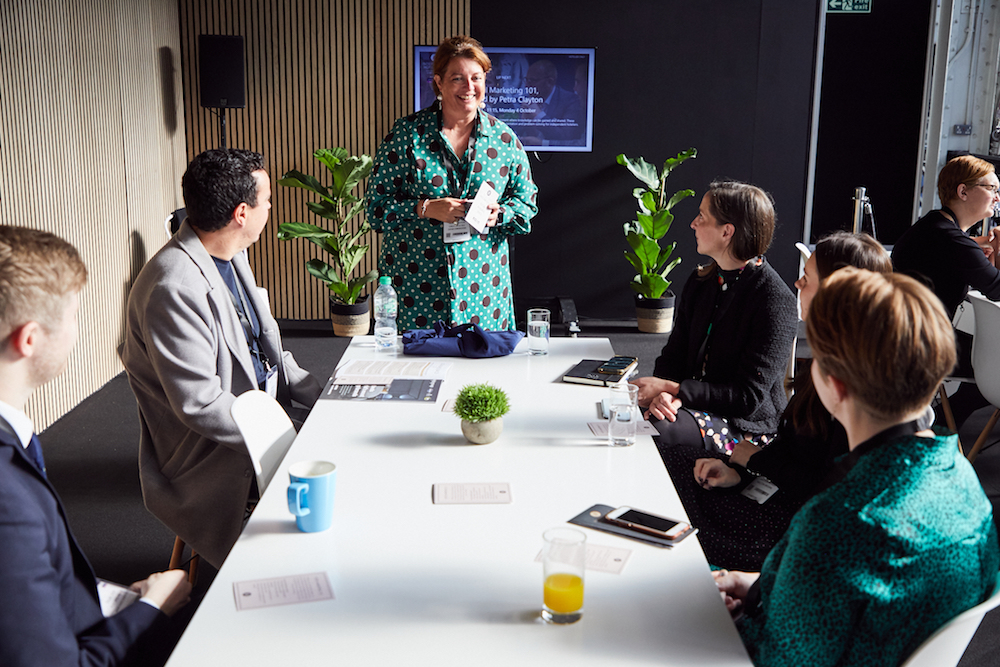 Both the Social Business Space and The Suite were designed by Aorta, led by Managing Director Frida Rush, with both spaces featuring salvaged architectural materials, bespoke furniture and unique interior finishes, enveloped by the grand industrial presence of Olympia London.

During the event, organiser Montgomery Group announced the launch of new digital platform IH Connects, a free resource for hoteliers to source new suppliers and keep up to date with industry thought leadership, webinars, research and more. The platform will host on-demand seminar content from the two days of the show and will continue to host innovative sessions and vital industry debates throughout the year.

The Independent Hotel Show will return to Olympia London on October 4 – 5 2022 for its 10th edition.