Independent Hotel Show Awards 2021 – and the winners are… 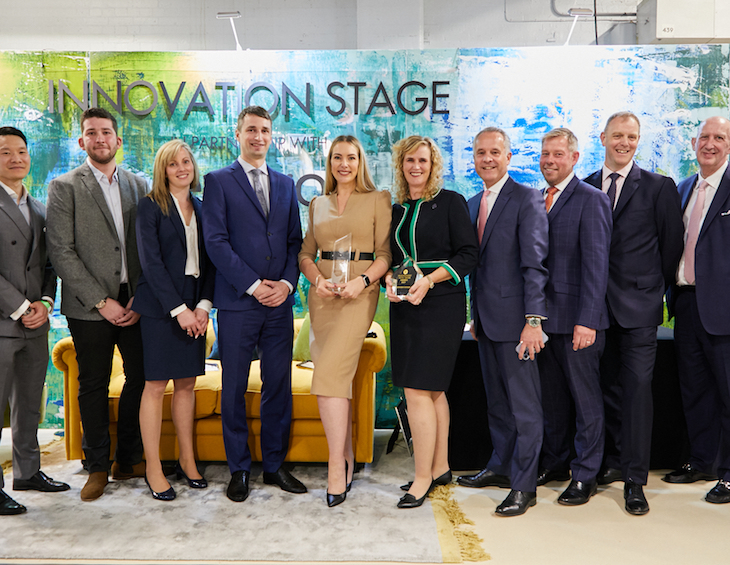 The winners have been announced for the 2021 Independent Hotel Show Awards, which took place on the first evening of the show that was held at Olympia London…

On October 4, the industry gathered at Olympia London to experience this year’s highly anticipated Independent Hotel Show Awards, which for many reasons, was about celebrating UK hospitality’s true leaders and visionaries.

Joanne Taylor-Stagg FIH MI, General Manager of The Athenaeum Hotel & Residences secured Independent Hotelier, while Anna Sirba, Operations Manager at Salcombe Harbour Hotel, was awarded GM of the Future, in partnership with The Master Innholders. Juris Dubrovskis, Executive Housekeeper at The Athenaeum Hotel & Residences, was additionally named ‘One to Watch’ by the judges, for his ‘tenacity, drive and passion for hospitality’.

The judges for both awards were some of the industry’s most respected hoteliers and hospitality professionals hailing from iconic independent hotels and vital industry institutions.

Taylor-Stagg has overseen multi-million-pound refurbishments, worked on acquisitions and refinancing deals and has a passion for progressing and nurturing young talent. She played a pivotal role in setting up the inaugural IHG Academy helping the young and long-term unemployed return to work and recently worked with Dr Hilary Cooke to create Master Innholders Developing Additional Skills (MIDAS) in response to the exodus of young talent from the industry due to Covid-19.

She commented: “I’m very proud, not only of our achievements but of everything that the industry has done through the most challenging of times. Thank you very much for this, but I would like to share it with all my fellow nominees.”

Sirba has successfully taken part in two luxury hotel pre-opening projects, is a Member of the Institute of Hospitality and a Certified Associate member of HOSPA, and commented: “I’m extremely honoured, I still can’t believe it, I can’t thank my team enough for supporting me. It’s been really tough but also amazing and without my team I wouldn’t be here – thank you very much!”

David Morgan-Hewitt FIH MI, awards judge and Chairman of the Master Innholders, said: “The GM of the Future Award was created by The Master Innholders to champion the next generation of hotel leaders and is designed to celebrate those who go the ‘extra mile’ to demonstrate their commitment to becoming a future leader.

“Anna and Juris both embody these qualities and share a great passion for the hotel industry. On behalf of The Master Innholders I congratulate them on their awards and extend a well done to all finalists who demonstrated such a high standard of entry.”

Elena Attanasio, Event Director for the Independent Hotel Show, presented by James Hallam, commented: “Huge congratulations to our 2021 award winners. This year’s event is a vital celebration and chance to reconnect as a hospitality community. Both Joanne and Anna have demonstrated their passion for this fantastic industry and are hugely deserving of these accolades.”

David Noble, Managing Director – Hospitality and Leisure at James Hallam, announced the award, saying: “This is an award given to a person to reflect their contribution to the hotel sector. It isn’t given every year, but this year there is one person that deserves special recognition.

“Our winner was made an honorary Master Innholder in 2014, something I know he holds dear to his heart. He is also an honorary St Julian scholar, a brilliant Ronnie Corbett impersonator, a Freeman of the City of London and the list goes on.

“He is a wonderful human being, and his sparkle will leave a legacy in the hotel sector for many years to come. It is my great pleasure to introduce you to the winner of the Outstanding Contribution award. It is the one, and only, Peter Hancock.”

Hancock said: “I was absolutely thrilled and surprised to receive the Outstanding Contribution award at the Independent Hotel Show. It was such a lovely tribute. When you get to the end of your career, a little pat on the back can go a long way to making you feel good about it and to receive the award in front of such a distinguished audience at the show meant a great deal to me and I shall cherish it forever.”