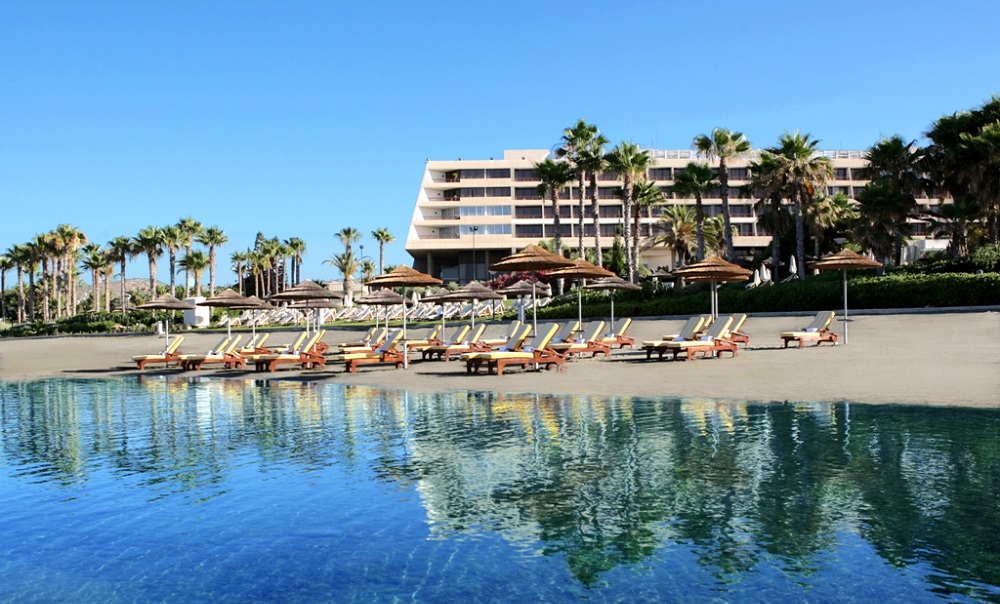 Work is currently underway on the new Parklane Luxury Collection Resort & Spa which will replace the Le Meridien in Limassol.

Following the demands of Roman Nikitin, the major stakeholder in Emerald Coast Properties (75% owner of the hotel), renovation work on the existing hotel will be from the ground up. The project has been designed by Harrods Design Studio and is estimated to cost €70 million (£58 million), and expects to open its doors to guests towards at the end of 2017.

The hotel is being built on 100.000m² of sea front property, and will consist of 53 suites, each with its own private swimming pool and 222 luxurious rooms.

The hotel will also house a 2000m² conference centre with a ballroom, ten restaurants, and bars, three outdoor swimming pools, one of which will be filled with sea water, a spa with suites for Russian baths, children’s playground with a lake as well as a children’s restaurant.

Parklane Luxury Collection Resort & Spa is a member of the Luxury Collection, of the international chain belonging to Starwood Hotels & Resorts (Marriot International). According to Costas Tseriotis, CEO of L’Union Nationale (Tourism and Sea Resorts) Limited, the hotel will turn to traditional touristic markets such as England, Russia, and the Middle East.

It is also believed that the hotel will benefit from the regular 60 million customers of the Marriot International chain, who receive coupons which they can redeem for holidays among the chains 5,500 hotels around the world.

“Our vision is to create the top luxury tourist resort in Cyprus based on international standards, where guests will love to spend the summer, experience personalised attentive service and enjoy fine gastronomic experiences,” said Tseriotis.