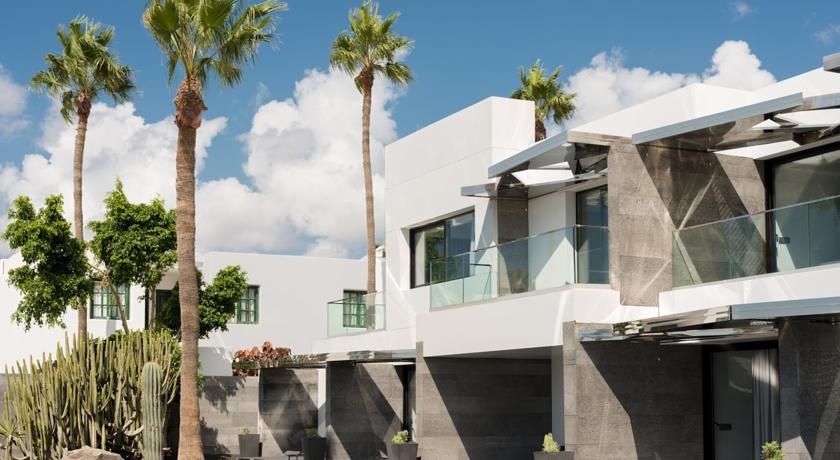 Now a benchmark among Spain’s most renowned architects and interior designers, the boutique hotel La Isla y el Mar in Lanzarote, part of the Martínez Hermanos Group, has chosen the design, quality and exclusivity of Laufen’s products for its bathrooms.

Situated in the town harbour of Porto del Carmen and built by the architect José María Pérez Sánchez, using the island’s natural materials – such as volcanic stone – the design of this 4-star hotel manages to perfectly combine art and modernity, thereby achieving an intimate atmosphere.

Its 81 suites are equipped with exclusive, custom-made basins from Laufen, especially made for this project in Sentec – a solid surface material manufactured by Laufen, which has exceptional physical and microbial durability and is particularly suitable for hotels and public buildings delivering unique features that contribute to creating an elegant and avant-garde atmosphere which emanates throughout the hotel.

As the architect Pérez Sánchez stated: “The washbasin is the main component in all of the hotel’s bathrooms. It is displayed to the customer as if it were perched on a rock, which supports and frames it. The plants emerging from the rocks complement it. Although it may at the moment appear of secondary importance, the customer can also see the basin reflected in the floating mirror.”

The architect thus emphasizes the challenge of finding a piece that unites the high demands of its users. “A large surface for the customer’s items, a separate space for the amenities, and sufficient interior space. Laufen gave us the opportunity to make a basin for the hotel La Isla y el Mar with a material that could be adapted to the project,” he added. Sentec is a material that is unique, highly robust and recyclable. 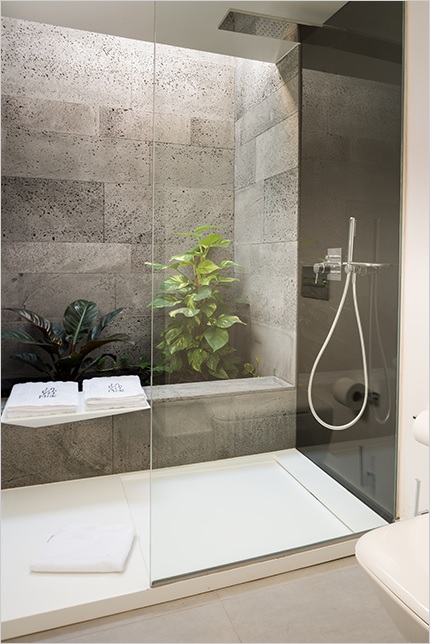 Furthermore, all the bathrooms of La Isla y el Mar have the distinctive Kartell by Laufen design with slim shower trays, also made of Sentec, together with the orange-coloured accessories from the same collection, endowing them with the chic and sophisticated touch characteristic of Kartell by Laufen.

Implemented by Ludovica and Roberto Palomba (ps+a, Milan), the collection unites two signatures of international standing – Laufen and Kartell. Since it was launched nearly three years ago, it has been successfully presented all over the world with more than 500 points of sale in over 40 countries. The first single-brand shop of this collection was inaugurated last year in Milan and was a great success.

The bathrooms of the boutique hotel are complemented by a WC from Laufen’s Palace collection. Realised by the designer Andreas Dimitriadis (platinum design), they pay tribute to the outstanding properties of ceramics. The WCs of this series are ergonomically shaped and have a concealed mounting for a sophisticated finish.

A commitment to sustainable development and the protection of the environment is another one of the values shared by Laufen and the La Isla y el Mar hotel. For Laufen, which offers solutions that, among other things, contribute to saving water and energy, it is a priority to be involved in projects designed to protect the environment, and the cooperation between this Swiss company and this new hotel is one example of this.