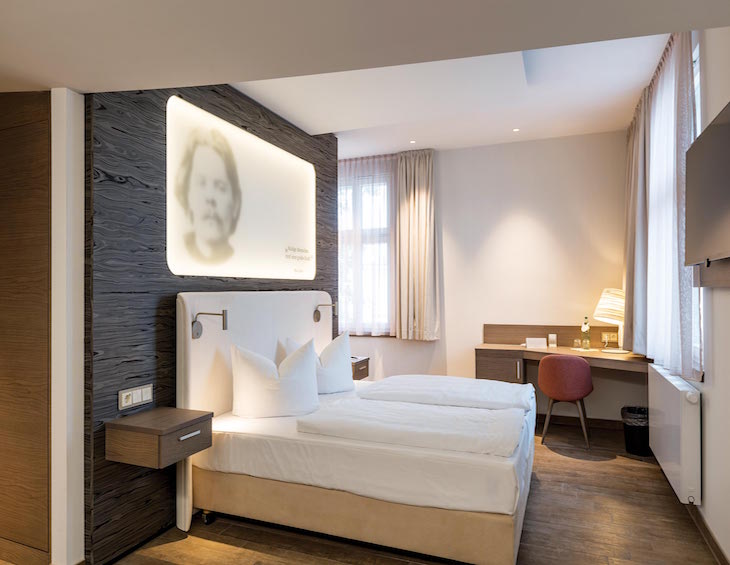 Germany is not known for its islands, nor is it famous for its sugar-white sandy beaches.

However, on the northern tip of the country sits the island of Usedom. The coastal escape is blessed with untouched coastline, a royal history and recently a new boutique design-led all-suite hotel.

As the modern traveller seeks adventure to untapped new locations, the island’s secret has been unveiled, drawing in more crowds than ever before. The increase in visitors has been the driving influence to restore a building on the Bansin stretch to become a luxury boutique hotel, known today as Villa Meeresstrand.

Barely adrift on the Baltic Sea, where Germany meets Poland, Usedom stretches about 30 miles from end to end and has been a popular summer resort since the late 19th century. Nicknamed Berlin’s Bathtub, its connection with Germany’s capital is as legendary as that of Brighton to London, and the Hamptons to New York City. 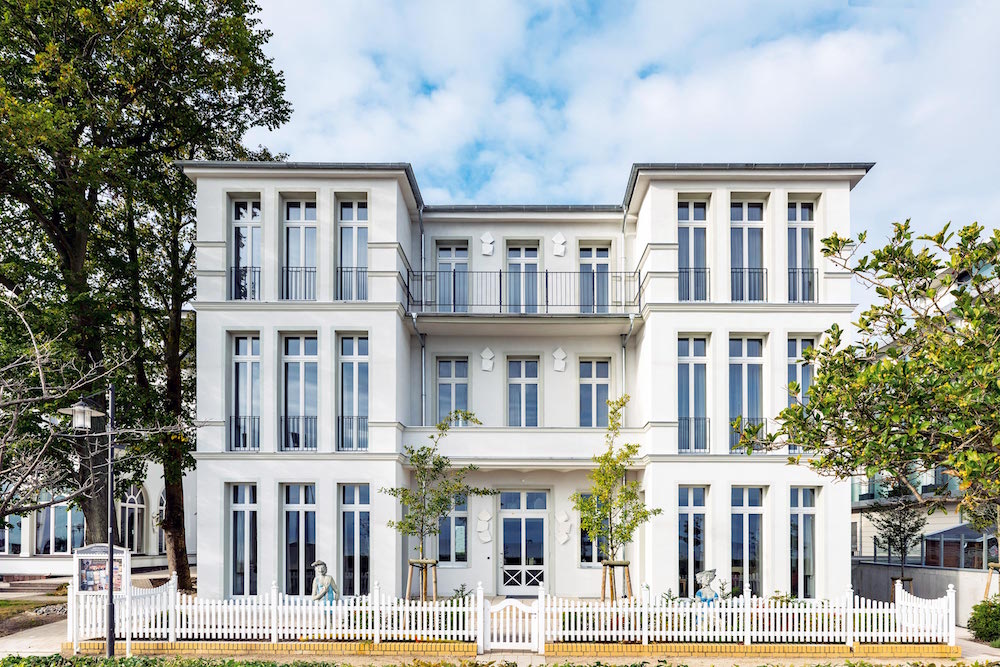 Yasmine Mahmoudieh, a well known designer on the international hotel design scene, was tasked to work on the project that became a labour of love following extensive research. The designer and architect delved into the lives of people of its past to add just the right amount of sense of place, while merge the impressive history between the current and modern time. “I took portraits of famous writers such as Maxim Gorky and Leo Tolstoi and imprinted them in a pixel like fashion on wallpaper in the rooms and their positive quotes are printed on suspended ceilings above the hotel beds.” The result of this adds a deeper nod to the building – and island’s – past becoming, which has become the motif of the overall design concept. 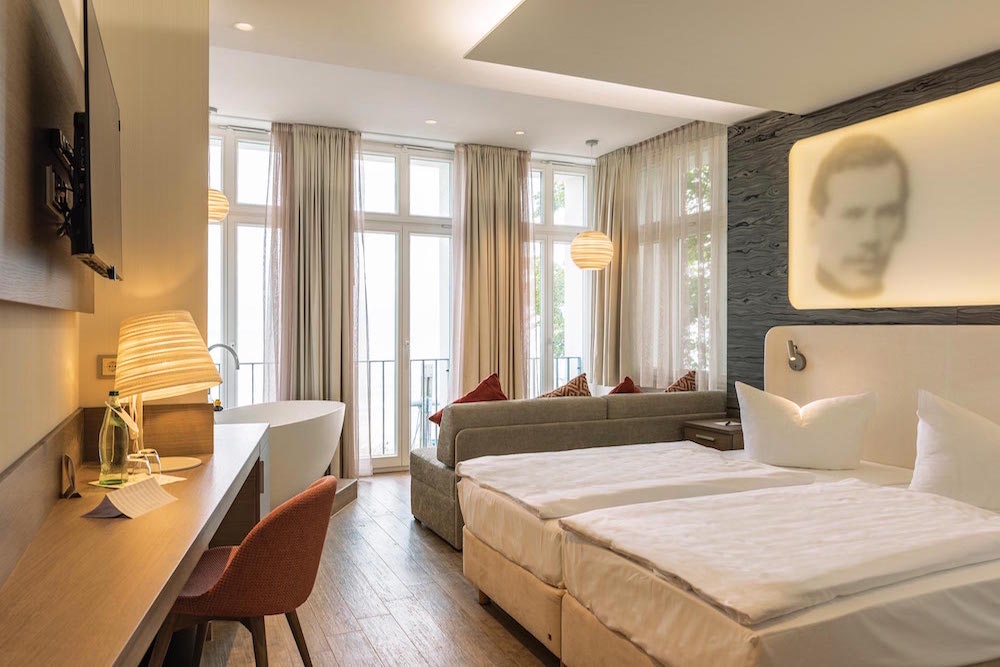 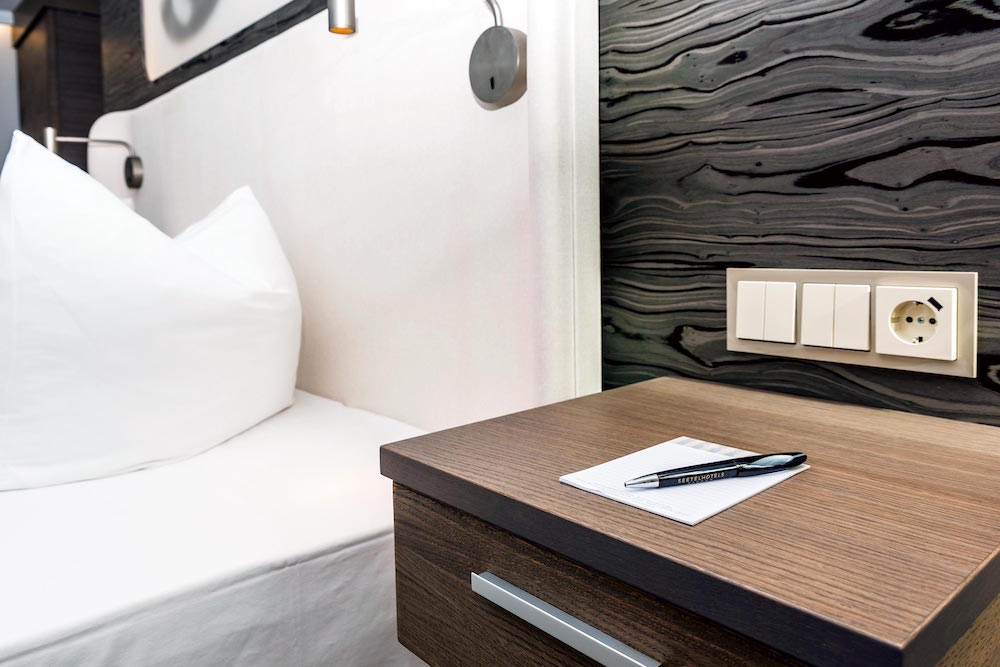 In order to mindfully design areas to retain the location’s charm, while also blending in one-off experiences, Mahmoudieh has played on more than just the sense of two-dimensional sight to explain the building’s past. “Once you enter the hotel there is a projection of a video artist,” she says, “commissioned to tell the story about the rich past and this is projected against a three dimensional entrance wall, that distorts the viewing and melts past and present once more.”

Subtle hints of bringing nature indoors run throughout the hotel. For example, the lighting above the bar is imitating the seagulls seen all over outside which are part of the natural landscape to be found everywhere on the island.

Meanwhile, a three dimensional wall of bottles from the French company Elitis defines the fine dining area and seating benches are diving the restaurant between the a la caret and general restaurant.

The lounge area, which also includes a magnitude of books from other celebrated Russian writers, also picks up on the spectacular sunsets outside, by a touch of violet to be found in fabrics, melted with the rather natural colour scheme that depicts all hues directly from nature.

Going forward, the hotel owner, which currently owns 16 hotels on this island, in reaction to the crisp design scheme. “We are going to redesign three more hotel buildings for the same owner and like to give this area a sense of a new identity that will attract once more an international crowd of hotel guests,” explains Mahmoudieh.

Villa Meeresstrand is located on the beach promenade, and is regarded among those who stay there as ‘a real gem on the Baltic Sea’.