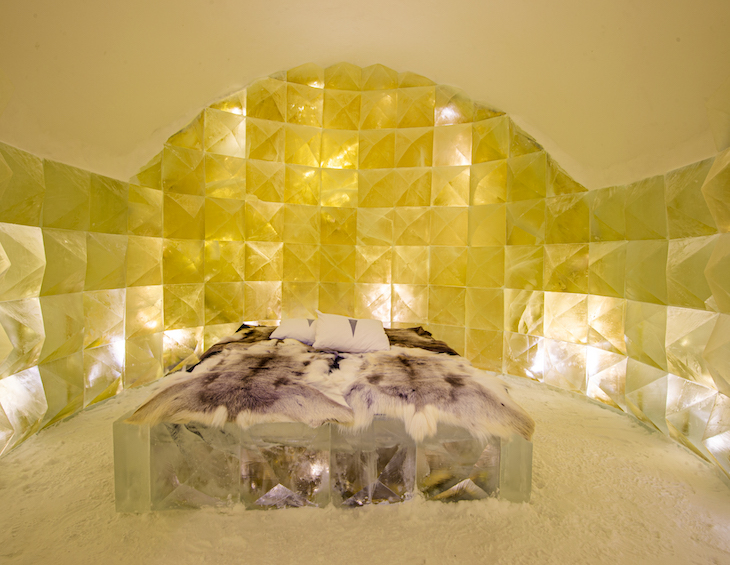 Built from 30,000 cubic metres of ice, which is the equivalent of 110 million ice creams, the iconic Icehotel in Swedish Lapland has opened its doors for another winter season. Celebrating its 30th anniversary, the hotel shelters new layouts, suite designs, activities and features including a special ice-carved observation deck built above the hotel.

It has been 30 years since Icehotel founder Yngve Bergqvist started a journey that would lead to the world’s first hotel made entirely out of snow and ice and during this time more than one million guests from all continents of the world have visited. The latest incarnation of the hotel is now open until the ice melts in the spring and the water returns to the Thorne river.

33 artists from 16 countries have spent an intense couple of weeks in the village of Jukkasjärvi, creating the hotel (made entirely out of ice and snow from the free-flowing Torne River) under the guidance of the hotel’s new Creative Director Luca Roncoroni. 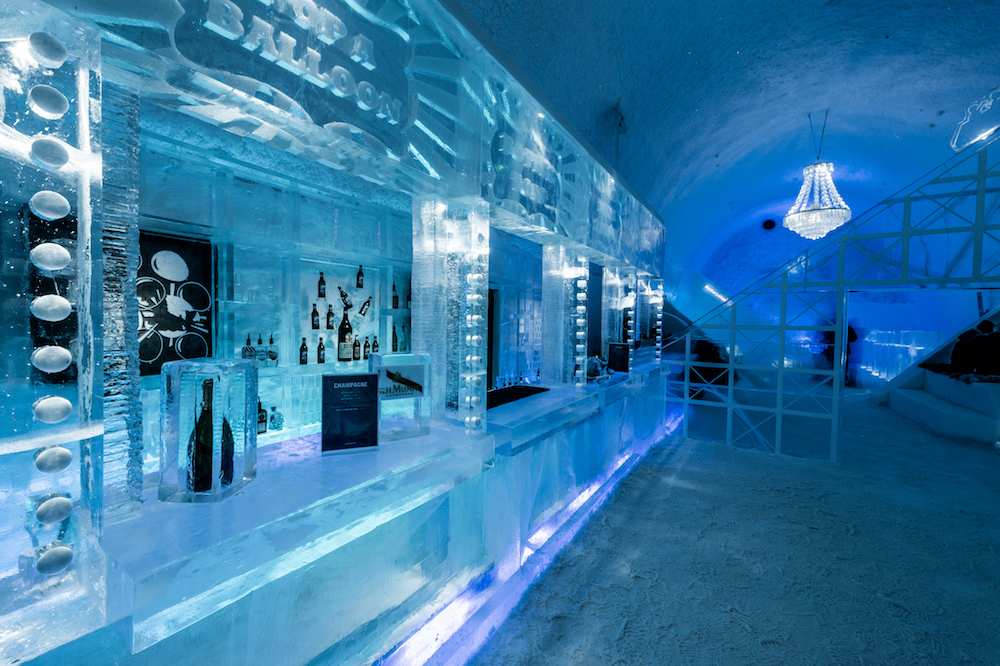 This includes two British teams; father and daughter duo Jonathan and Marnie Green and professional sculptor Robert Harding, both of which have created Art Suites for Icehotel before.

The Green family’s suite is themed around a West End production called A Night at the Theatre, with ice-carved curtains, reindeers waiting in the wings, an impressive scale model of the hotel entrance in the centre and a frozen bed nestled amongst miniature theatre seats in the auditorium, with six life-size ice seats for guests to sit on behind. 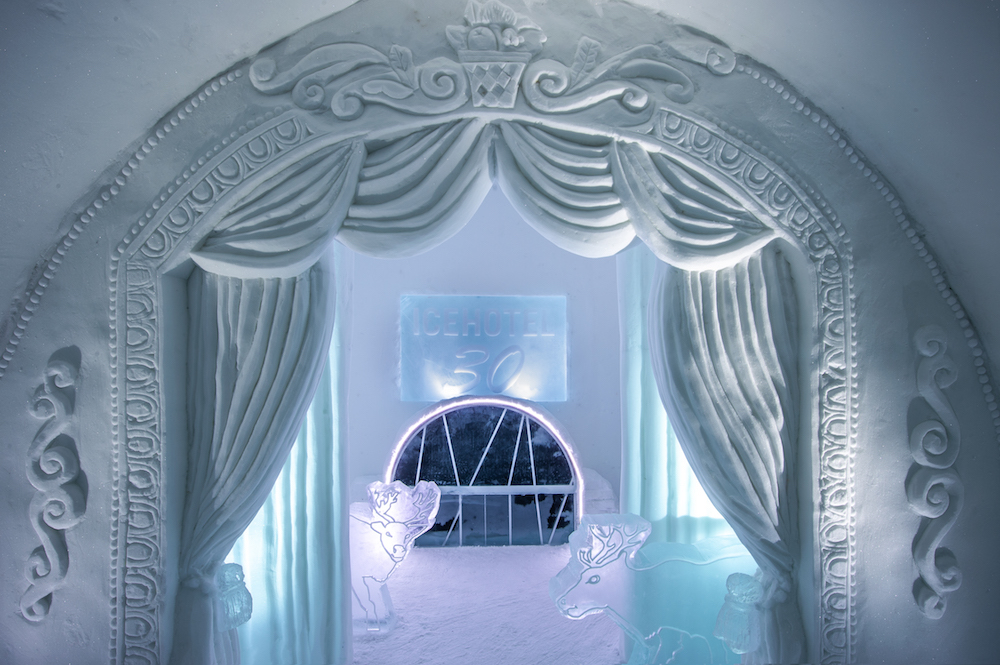 Harding’s Bone Room celebrates the natural melting process of the Icehotel each spring as it slowly dissolves back into the Torne River, and aims to highlight the beauty found in the cycle of life with giant ice-carved bone sculptures overlooking the frozen bed, each glowing from within thanks to an under-floor white light. 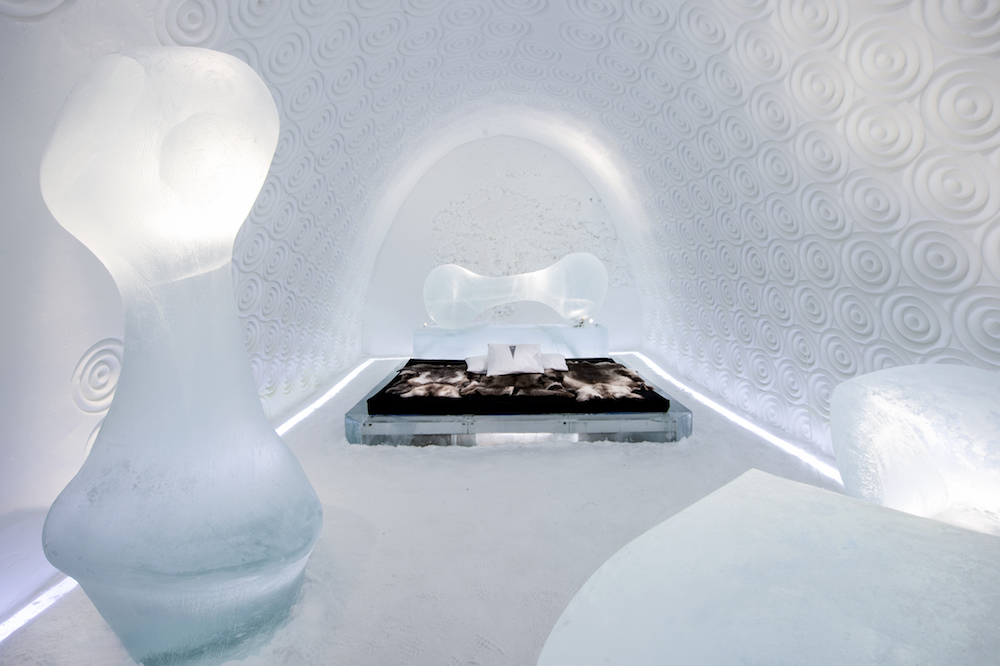 The Main Hall “Brutalism” celebrates the construction of the hotel, the Ceremony Hall “Gingko” plays homage to the Chinese Ginkgo Tree (which symbolises hope, strength, longevity) and features 30 stars carved into the ceiling, one for each year of Icehotel, whilst the IceBar “TorneLand” is a tribute to the hotel’s 30 years of frozen fun, with ice-carved roller-coasters, games and hot air balloons surrounding the bar.

To mark the 30th anniversary, the hotel has built a special ice-carved observation deck, offering views of the surrounding frozen landscape across the Torne River from which the ice is harvested. Plus, the hotel has also built a new sculpture at the enterence to the winter hotel; a four-metre tall tower that guests can climb.