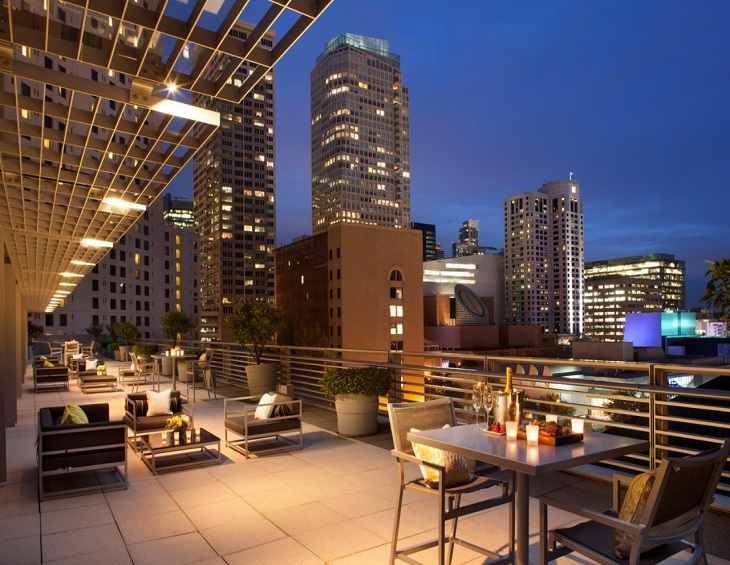 From 2020, the former Loews Regency San Francisco will be managed by Four Seasons Hotels and Resorts following extensive renovations…

Four Seasons Hotels and Resorts has been selected by an affiliate of Westbrook Partners, a privately-owned, fully integrated real estate investment management company, to manage its hotel in the 345 California Center building in San Francisco’s financial district.

Currently known as the Loews Regency San Francisco, the Hotel will be renamed Four Seasons Hotel San Francisco at Embarcadero in 2020 following renovations.

“With a rich cultural landscape, unmatched culinary experiences and a market strengthened by the region’s renowned tech boom, San Francisco is one of the country’s most dynamic, thriving cities. Due in large part to these strong market conditions, we’re excited to offer guests a second Four Seasons experience, enhancing our portfolio in the Bay Area,” says Bart Carnahan, Executive Vice President, Global Business Development and Portfolio Management, Four Seasons Hotels and Resorts.

“We have a longstanding, successful relationship with Westbrook Partners,” commented Carnahan, “who are also our partners in the existing Four Seasons Hotel San Francisco, Four Seasons Hotel Miami, and the forthcoming Private Residences at 706 Mission Street. We look forward to building on this strong partnership as we collectively work to enhance the luxury hotel and residential offerings in this great city.”

“We are proud to partner with one of the world’s most esteemed luxury brands, solidifying our position as the leading luxury lifestyle option in the city,” says Paul Kazilionis of Westbrook Partners.  “San Francisco is a world-class city that continues to grow at a remarkable pace, and we continue to show our belief in this market and the strength of the Four Seasons brand as this new hotel will be our third Four Seasons branded asset in San Francisco. We also currently own the Four Seasons hotel on Market Street and we are in the process of building and delivering one of the best luxury residential products on the west coast with the new Four Seasons Private Residences coming to 706 Mission Street in 2020.”

“Renovations will include all rooms and suites, corridors and other public areas, in addition to a new fitness centre.”

Housed on the top 11 floors of the 48-storey building (the city’s fourth tallest), the Hotel’s 155 rooms and suites afford enviable skyline views including the Coit Tower and Transamerica Building, and sweeping views of the Bay, including landmarks such as the Golden Gate Bridge and Alcatraz Island. Once renovations are complete, the Hotel will also offer an all-day restaurant and bar and a well-equipped fitness centre including treatment rooms. With an entrance at 222 Sansome Street, the Hotel is centrally located in the city’s financial district and walking distance to Union Square, SoMa and San Francisco’s tallest building, Salesforce Tower.

Renovations will include all rooms and suites, corridors and other public areas, in addition to a new fitness centre. The current hotel will undergo renovations, following which the hotel will be unveiled as a Four Seasons experience in 2020.

Westbrook Partners purchased the hotel from Loews Hotels & Co in May 2019. Loews will continue to manage the hotel throughout 2019.