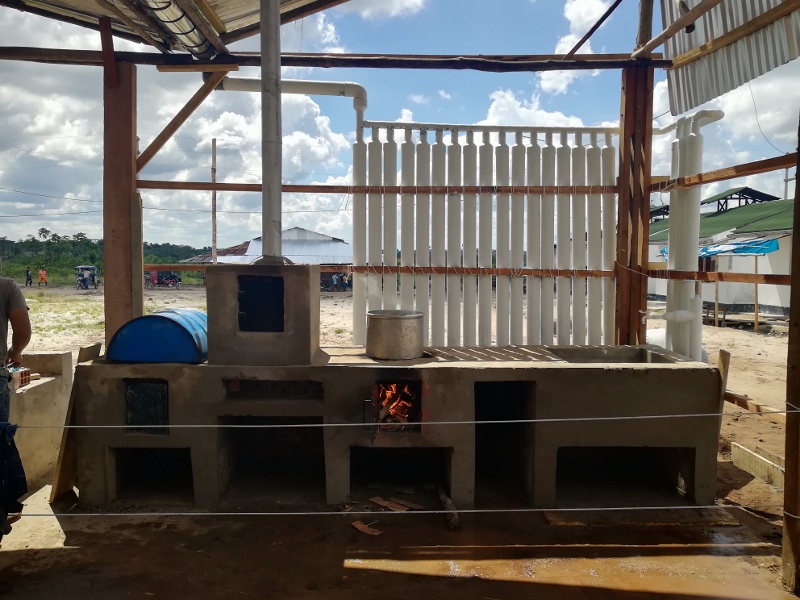 GROHE and the World Architecture Festival (WAF) awarded the winner of the International Water Research Prize in Amsterdam, the Netherlands…

Hotel Designs Recommedned Supplier GROHE and World Architectural Festival presented the Water Research Prize to Benen Desmaison who accepted the accolade on behalf of her students of the Pontificia Catholic University of Peru (PCUP). She received the prize money of £10,000, sponsored by WAF and founder partner GROHE. The presentation of the prize took place at the three-day festival’s kick-off.

GROHE and WAF awarded the prize to a small-community water management system in the Amazon Rainforest. The area has the world’s highest precipitation rate per year, yet just under a third of its population has access to water. The PCUP team has developed a solution that collects, stores and processes rainwater using pipes. The project won against twelve competitors. The finalists on the competition’s shortlist were selected out of a total of 60 submissions.

Work on the production of a rainwater storage system continues

Commenting on the win, Desmaison said: “We are very grateful for this award as it will allow us and the communities in the Amazon Rainforest that work with us to continue to explore alternatives for the provision of water to peri-urban and rural areas. We aim to use this opportunity to work on the production of a rainwater storage system made using local materials and knowledge that can be easily integrated with traditional architectural typologies.”

“First, when we were identifying projects with water scarcity issues, I could not imagine that the Peruvian Amazon would place on the shortlist,” said Michael Seum, Vice President Design at GROHE. “However, this carefully considered project highlights that less than a third of the population has access to water and the proposal of a communal water management system integrating pre-existing water networks sounds like a pragmatic and innovative solution. We are proud to present the £10,000 prize money for this research project.”

The Water Research Prize, which GROHE and WAF use to support the PCUP team’s existing research, is based on the WAF Manifesto published last year. It describes the most important challenges for architects within the next ten years. Proper handling of water is a top priority. Other categories include topics such as the ageing of society and health, climate, energy and carbon, ethics and values, power and justice, smart cities, building technologies, recycling and virtual worlds.

“At GROHE, we want to contribute to a better understanding of how water relates to its built environment. As such, we’re more than happy to support an architectural award that honours relevant research initiatives,” said Christopher Barger, Senior Vice President of Global Projects at GROHE. “I would like to thank the students of PCUP for bringing this specific water-related issue in the Amazon Rainforest to our attention. In addition, I want to congratulate them on the innovative solution that they have developed for this problem.”

In addition to other Manifesto-related awards, the WAF also honours numerous architecture awards. In 2018, a total of more than 500 projects from over 50 countries have been shortlisted for awards in more than 30 categories. During the three-day event the finalists present live to the panel of international jury across three days of live judging. As in the past year, GROHE sponsors the “World Building of the Year Award”, which will be presented on 30th November. In addition, GROHE supports the awards in the categories “Hotel and Leisure” and “Housing and Residential”.