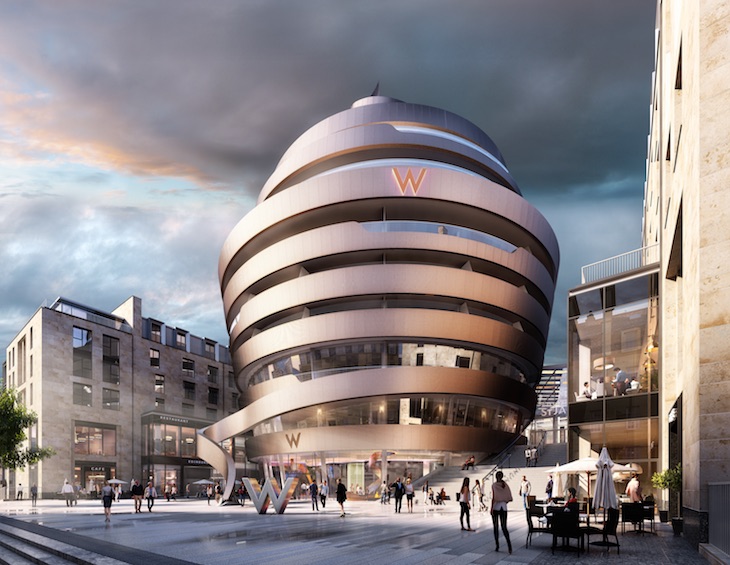 Just hours ahead of The Brit List Awards 2019, Edward Webb, Director of Development Management, Edinburgh St James, UK – and judge for this year’s awards, tells Hotel Designs why Edinburgh is the most investible city in the UK…

As 2019 draws to a close we reflect on another successful year for the tourism and hotel industry in the Scottish capital.

Last year, Edinburgh by Numbers, a document produced by the City of Edinburgh Council (CEC), concluded that the Scottish capital draws in over 15 million visitors per year. Combine this statistic with a hotel occupancy rate of 83.7 per cent, and it paints an impressive picture of the tourism and hospitality scene in Edinburgh.

Things have not slowed down, and this year has been another exciting one for the city. There’s a wealth of hotel development underway in some of the capital’s most iconic areas and major schemes like Edinburgh St James are set to be a game-changer for the city’s retail, leisure and hotel scene. The 1.7 million sq ft development will open its retail phase in a year’s time – the largest retail-led development in Scotland and one of the most significant regeneration projects currently underway in the UK.

Offering a wide-range of new shops and leisure facilities, Edinburgh St James will be home to a flagship John Lewis, Next, Zara, a five-screen Everyman Cinema, W Edinburgh – the city’s first W Hotel – 152 unique apartments, 30 restaurants, and a 75-room Roomzzz aparthotel. In addition, the development is set to deliver brand new public squares and event spaces.

We started on site three years ago, with a vision to create a destination which is integrated into the wider city – physically, socially and culturally. With this vision, we discovered new and exciting opportunities.

The W Edinburgh will be the centrepiece of the whole development – providing the most luxurious and fun hotel accommodation in Edinburgh and reinforcing the city’s reputation as a cosmopolitan European capital. As a hotelier, the team at W shares our vision for the future of Edinburgh and sees promise in how much the city has to offer – through fashion, design and music. It is three buildings with a centrepiece featuring a unique façade crafted from a winding steel ‘ribbon’ – all designed by Jestico + Whiles. Visitors will be able to make the most of the city’s views too, as the vision for the interior includes a lofty bar, lounge and restaurant space boasting 360-degree panoramic views over Edinburgh.

Traditional hoteliers are not the only ones to join us either. Roomzzz, the aparthotel which already offers accommodation in London, Chester, Newcastle, Nottingham and Manchester, will add 75 rooms, and will open alongside W Edinburgh in 2021.

Both hotels are a fantastic addition to the line-up of brands setting up shop at Edinburgh St James. With us, they are building a development fit for the future. Edinburgh St James will incorporate a vibrant blend of retail, entertainment, leisure and residential apartments, contributing to the city’s reputation as a booming cosmopolitan capital.

Edinburgh’s economy is expected to benefit too. The development is predicted to increase the city’s catchment area by 13 per cent when it opens, reaching 1.9m people with £4.5bn of available spend.  It will also benefit from the city’s £1bn visitor economy, where tourists spend an average of £236 per visit, compared to £162 in European benchmark cities such as Stockholm and Amsterdam. The development will offer consumers something different and enhance their experience of Edinburgh.

I am excited for what’s to come and to open the doors of Edinburgh St James next year. It is time we showed the world what a great, pan-European, opportunity city Edinburgh is.