Accor Design Awards – and the winners are… 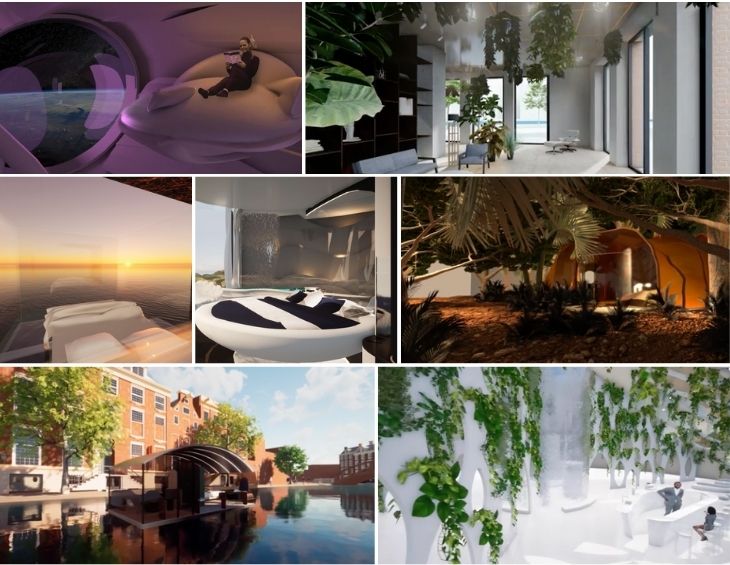 During the Accor Design Awards – a global campaign – design students pushed conventional boundaries to redefine the services and guest experience that will ultimately shape the hospitality landscape of tomorrow. Editor Hamish Kilburn, who was on this year’s judging panel, has more about this year’s winners…

First launched in in 2016, the Accor Design Awards aim to rethink the future of hospitality in collaboration with design students the world over. Their creativity blended with Accor’s know-how, provide unique solutions and new concepts for the hospitality industry.

For the fifth edition, candidates’ brief was to “redefine the services and guest experiences that will shape the hospitality of tomorrow”. Respected visionary designer Beth Campbell, founder and CEO of Campbell House, presided over this edition, while the international jury of experts had the task to select the top three projects across many submissions from design schools around the globe. After establishing a shortlist of 10 projects, the jury gathered online on May 25 to select top three projects and from them an overall winner. Finally, on June 1, the winners were announced in an online award ceremony.

“I’m very impressed by the level of this edition contest,” said Damien Perrot, Global Senior Vice President at Accor, who recently took part in our roundtable that explored lifestyle hospitality in 2021 and beyond. “I would like to congratulate the winners but also to thank the 150 students who participated to this contest and who are the students we would like to work with in the future. The future is definitively today because when we work on projects, we always think of what could be the world in the next 10 years.” 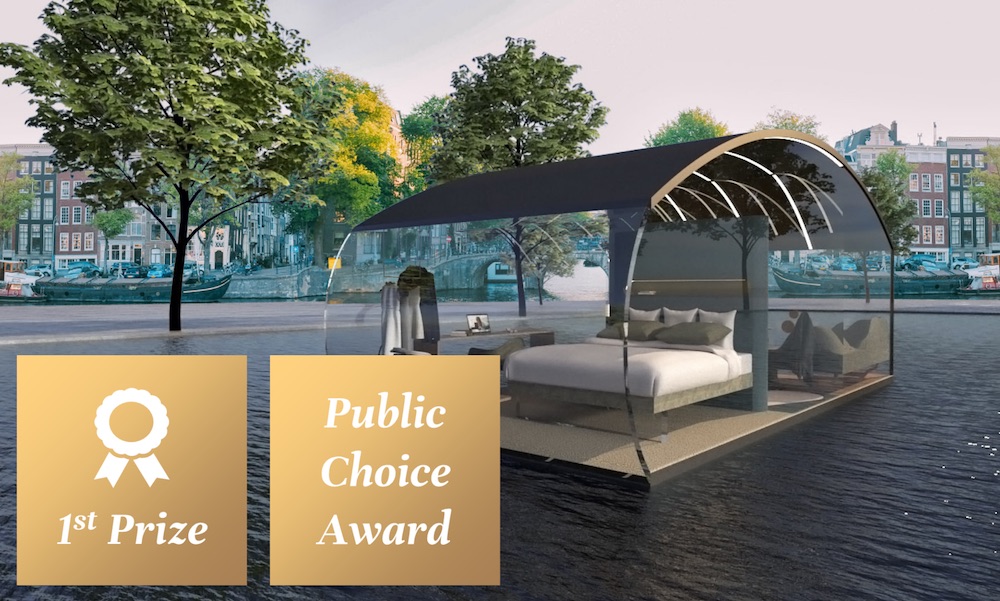 They will spend a five-day experience between Barcelona and Basel offered by Roca and Laufen, the campaign’s official sponsors, to discover the brands centre of innovation, see Art Basel and spend a wonderful time in these two beautiful cities.

The second prize was awarded to Ashley Ulm from Berlin International University for her Relove Hotel project, a sustainable and deeply locally conscious concept that goes beyond a biophilic design scheme. Ulm will enjoy a three-day stay in Basel offered by sponsors Roca and Laufen brands. 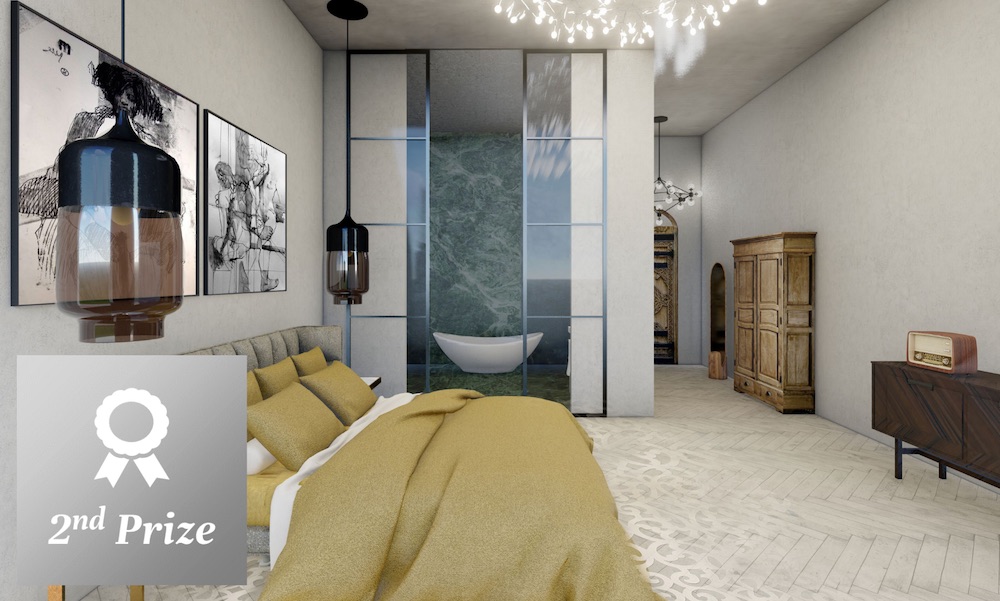 The Waterwalk project was awarded the third prize. The concept of the world’s first ‘floating and flying cruise’ inspired the judges to look outside the conventional perimeter in order to unlock something quite spectacular. As a prize, Fanny Jalet, Nolwenn Arhuis, Julie David and Lucie Vallée from L’Ecole de Design Nantes Atlantique will spend three days in Barcelona with Roca teams. 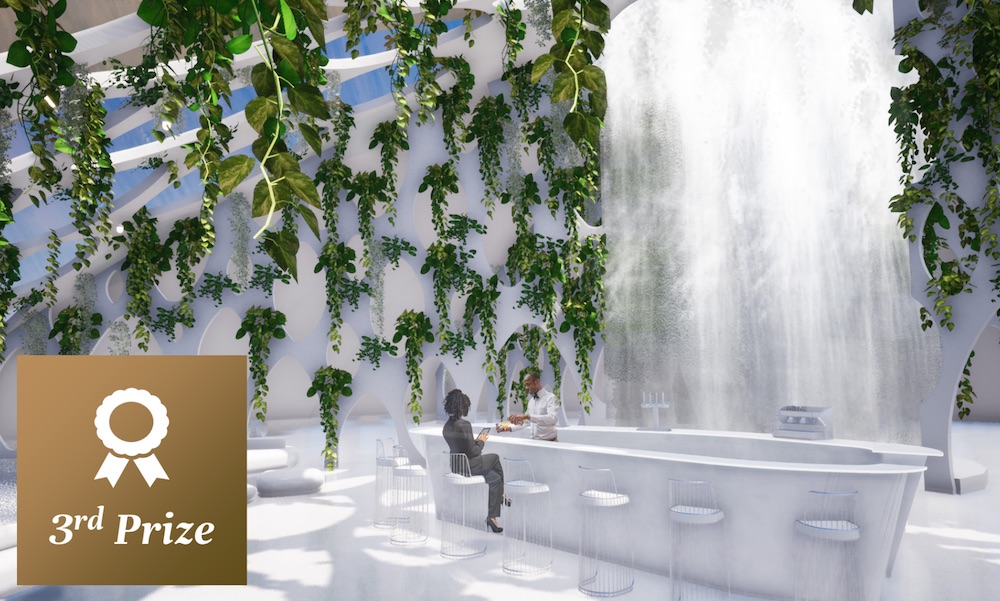 Last but not least, this year’s entries were of such a high standard, that the judges insisted on awarding an extra Special jury prize to the Cocoon project. The hotel presented to the judges catered to the rising demand of bleisure travel. Forget the typical corporate shell, though. This hotel suite concept – made from biopolymer and local wood – would become a one-off travel experience in Africa.  Yasmine Bennani, Solène Percie Du Serf, Nicolas Alibert and Alexandre Albert-Picquet from L’Ecole de Design Nantes Atlantique were offered a Jo&Joe experience in Paris, and Hotel Designs will catch up with the team shortly to learn more about how the project would come to life. 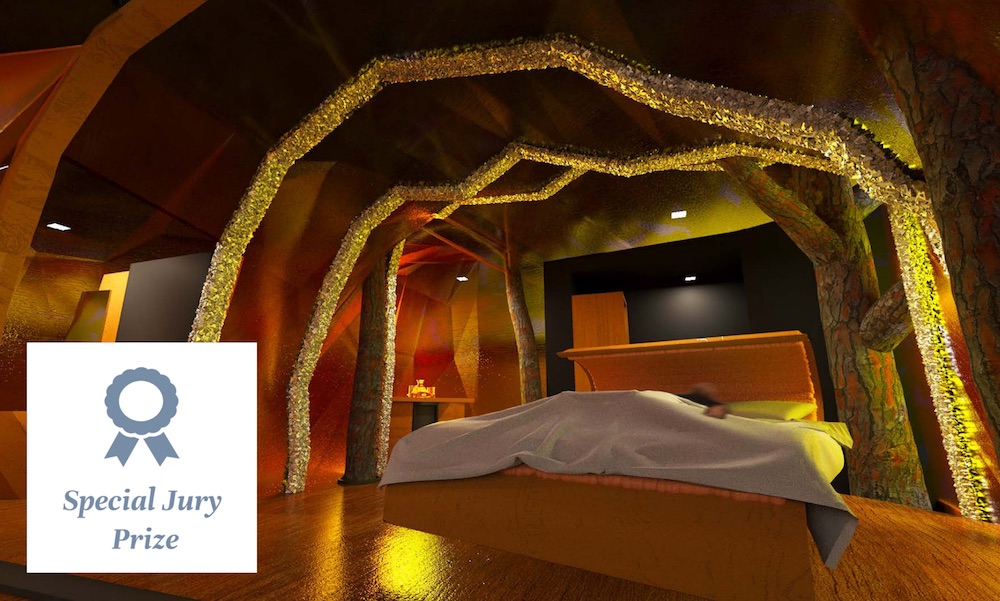 In addition to the prize winners, the shortlisted finalists included hospitality concepts in space, suspended on the side of a mountain and even on the bottom of a cliff, which used the natural tides as a way to naturally and effortless change the guests’ setting. Innovative sustainability solutions were evident in all projects, as was the sensory experience.

Supported by Hotel Designs, the Accor Design Awards will return next year.