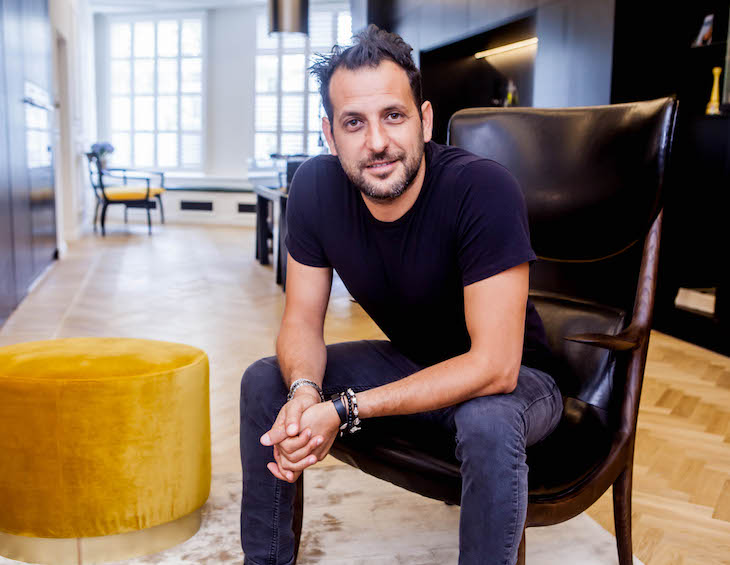 2012 was a pivotal year for Saar Zafrir, who changed lanes from a 12-year career in finance to take a year off. The next 12 months prepared him to ‘get into the game’, taught by his own passion to become an interior design, at first starting small with friends and family but soon being offered a pathway into the hotel design arena. With a new focus on hospitality and F&B design, Zafrir’s approach was born; to transforming established corporate-style hotels and hospitality groups into fun and lively boutique brands that speak loudly to the growing demands of the modern traveller. 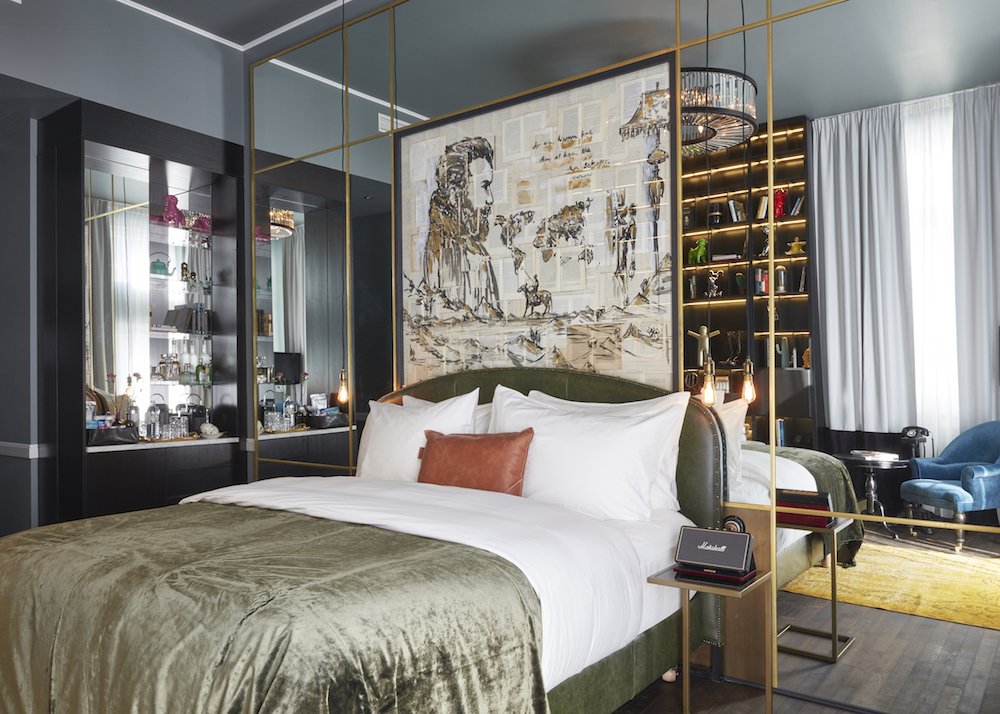 In fact, in less than a decade, the designer has catapulted himself as a unique creative and developer of hospitality projects throughout Europe, including the award-winning Brown Beach House Croatia (a former tobacco processing plant on the Dalmatian Coastline of Croatia, transformed into a signature Brown Hotels property) as well as Max Brown Hotels, Sir Savigny Berlin and Gekko Group’s Provocateur Berlin Hotel. 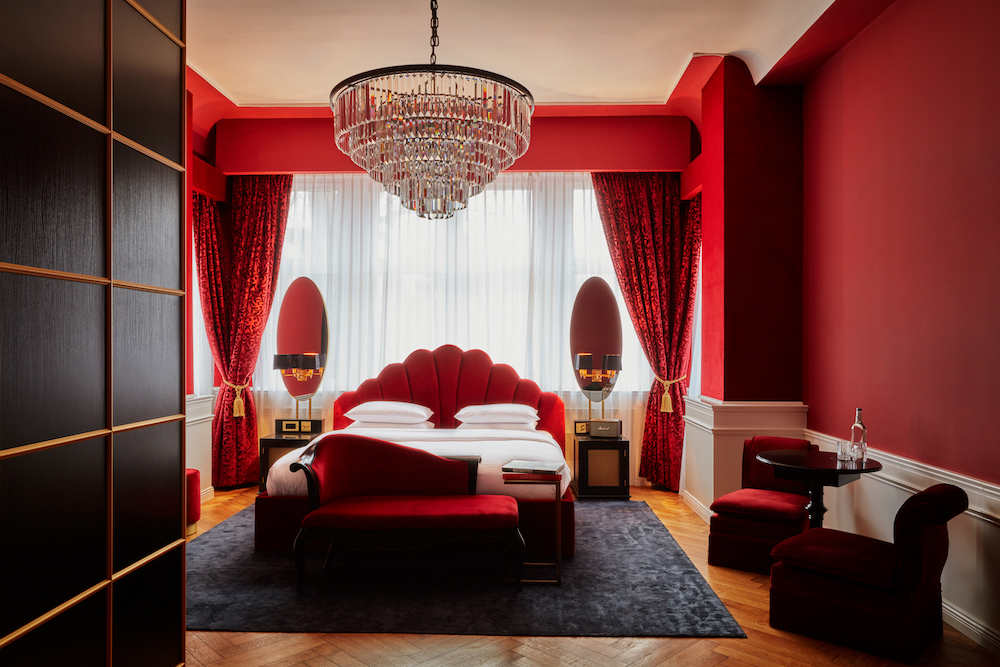 Through savvy attention to detail, Zafrir creates more than simply beautiful spaces. His work gives spaces a second life, thus generating a new audience that can optimise revenues for hotel chains. The latest example is The ReMix Hotel in Paris., a new hotel that was slated to officially open this month located in Paris’ 19th arrondissement and a longtime property of Schroder’s Group.

Schroder’s hired Zafrir to develop a new brand to revamp the pre-existing 259-key hotel property in Paris’ Parc of La Villette. With a colourful and eclectic design influenced by the retro and abstract flair of the 1980’s, The ReMIX Hotel is a far pivot from the previous concept behind the original Schroder’s property. Inspired by the 1980’s pop song ‘Forever Young,’ Zafrir has worked to reminisce the essence of the 80’s tune into a modern day design style. The result is a playful yet sophisticated atmosphere with vivid colours, mix of patterns and textures and custom-made furnishings. The ReMIX Hotel will be an anchor for drawing in new breaths of culture, art, entertainment and dining in Paris’ 19th arrondissement. 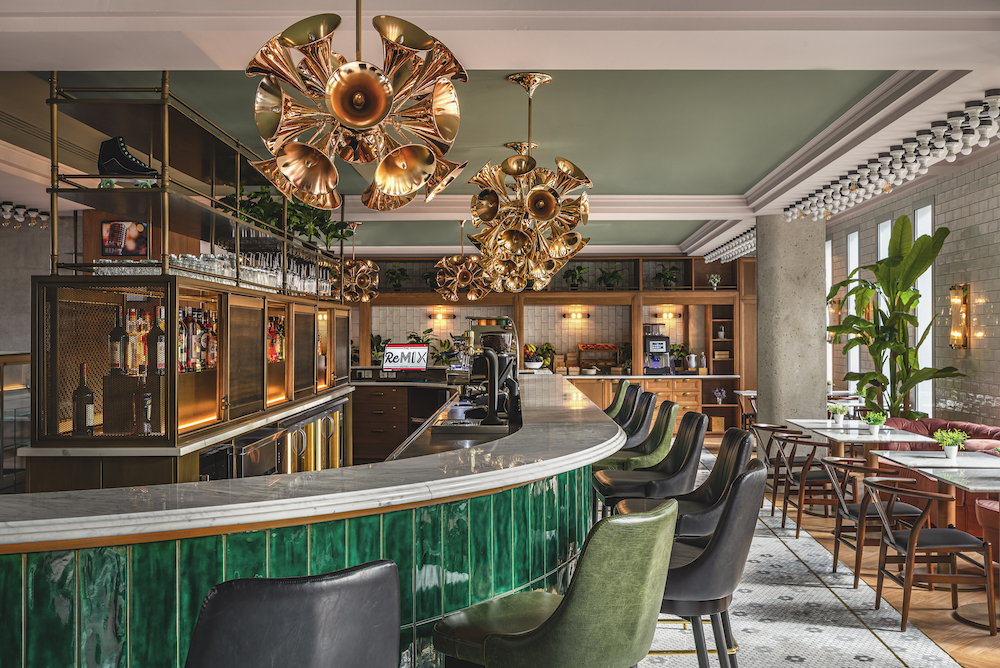 Saar Zafrir: After 12 years within the capital world, I decided to take a year off. I used my shares to buy an apartment in Tel Aviv. During my year off, I decided to work on design and renovation. Whilst getting familiar with design, I taught myself how to use Sketchup, AutoCAD and congeneric software and I totally fell for it. The design was so brilliant that I began to design for both my family and friends. Two years later I bought partnership within the hotel industry and I sold my apartment. That’s how I got into the game.’’

HK: You’ve become known for modernising corporate-style hotels into fresh new brands. Is there any transformation project that you’re specifically proud of?

SZ: “Yes, ReMIX. ReMIX used to be an extremely dull cooperate hotel. We managed to transform it into a very exciting, fascinating hotel people love to visit, even just to take pictures.’’ 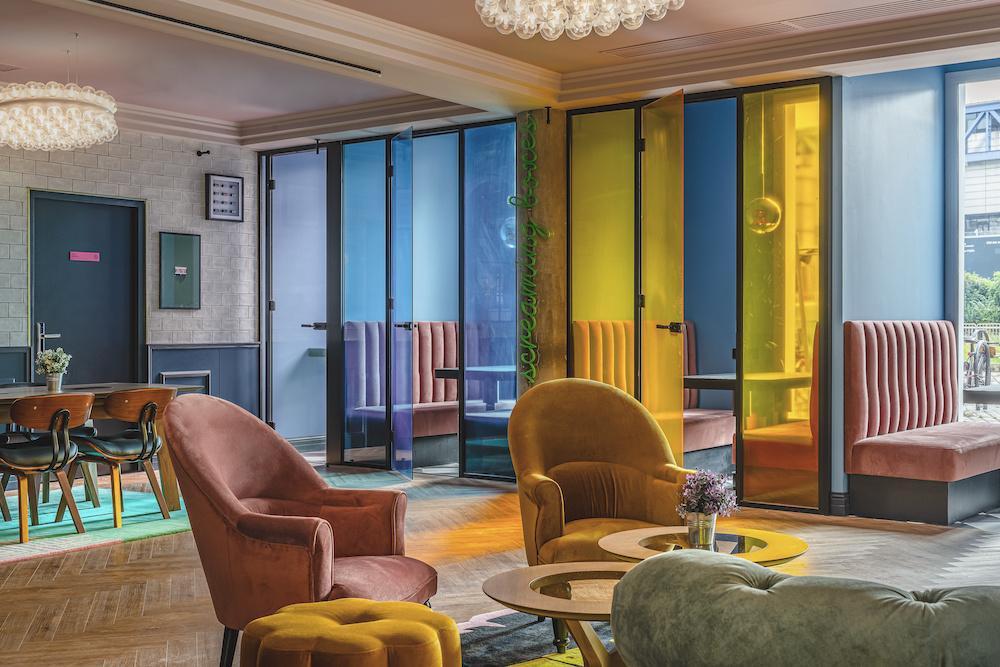 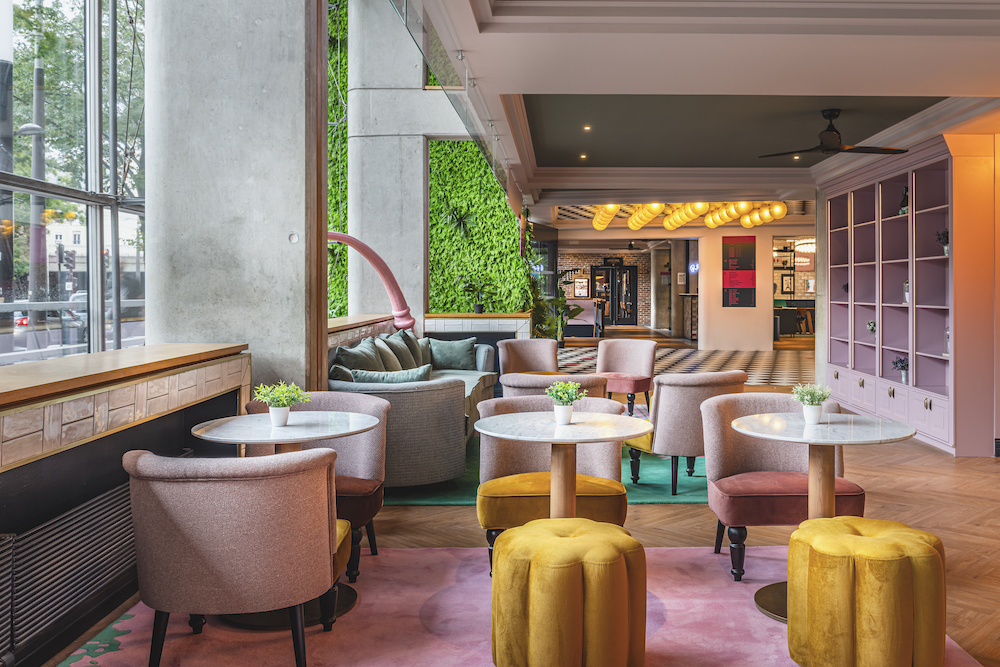 Image caption: A playful design scheme inside the lobby of The ReMIX Hotel in Paris. | Image credit:

HK: What is one trend that you wish will never return?
SZ: Terrazzo, for sure.

HK: What items during lockdown could you not have lived without?
SZ: “I would say both my oven and stove. I can’t choose.’’

HK: What makes a good design team?
SZ: “Working together as a team to inspire each other along the way.’’

HK: Who is your interior design hero?
SZ: “Philippe Starck! He was the first to create something that really went out of the box.

HK: Tell me about the concept for your latest project: The ReMIX Hotel in Paris.

SZ: “The client presented us a very large building that needed total renovation. The building was built in the 80’s.

I had always dreamt of designing a hotel 80’s themed. I have always been a fan of the song ‘’Forever Young’’ by Alphaville. The design pitch was shared with the client and the investors of the project and they liked the idea very much. We wanted to bring back the 80s with the roller-skates, the pop, the neon and the rubiscos. The initial idea was to not just open one ReMIX hotel but more of them.’’

HK: What challenges did you face with this project?

SZ: “The big challenge was to transform a very old and dull building into something that’s very exciting to look at. It has also been a challenge to convince the client of our initial design. Additionally, we were tied to a very tight budget. It has been a challenge to meet the client’s needs whilst taking the budget into consideration.’’ 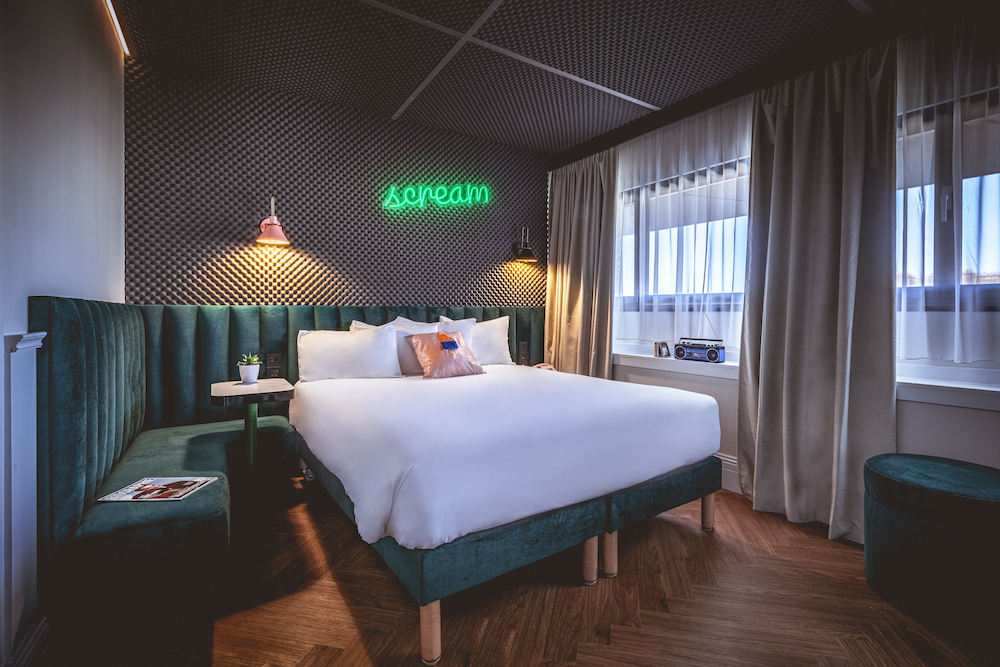 Image caption: a clever seating/bed in a guestroom inside The ReMIX Hotel in Paris. | Image credit: Marvin Gang

HK: Finally, can you tell me about some exciting projects you have in the pipeline?

SZ: “Yes, so we created a new brand called Cardo. Cardo is an autograph collection. It will appear in Rome (640 rooms), Paris (300 rooms) and Brussels (540 rooms). Cardo is a cooperate hotel that is characterised by super cool brands, an amazing F&B concept and Spa. I am convinced that it will soon become an evolutionary concept within the hospitality industry.’’