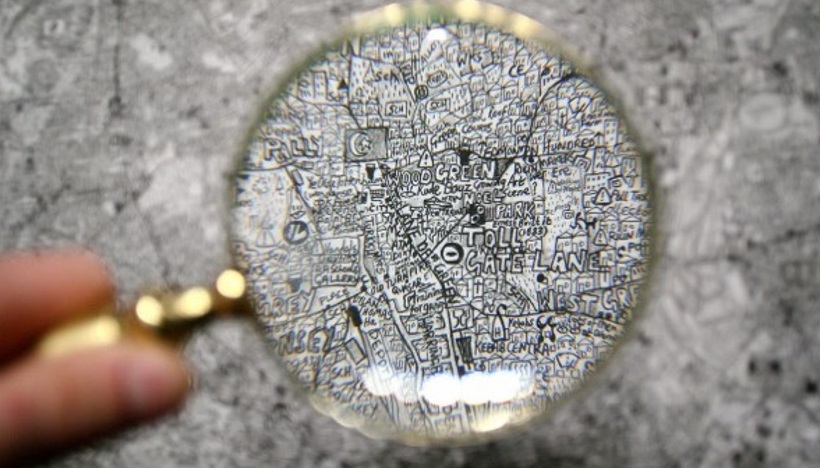 Stephen Walter’s drawings are a tangle of signs, words and images that draw the viewer into the artist’s intricate worlds. A graduate of Manchester Metropolitan University and the Royal College of art, he is best-known for his series of hand-drawn maps, done in enormous detail and layered with both visual and textual information.

Each work is an intricate world in itself; a tangle of words and symbols that make up a complex of hidden meanings and wider contradictions. Through drawing, photography and printmaking, his artworks explore the meaning of objects, the glory of maps, our place in the world, and the potential legacy that we bequeath to future generations.

Our new collaborative collection brings Stephen’s iconic drawings to commercial interiors. We have nine designs which we can resize to wall dimensions and print onto any of our base materials, including colours, textures, metallics and window films. The prints retain all the charm and intricacy of the original artwork. Below are a couple of examples of the new designs, the full collection can be seen here. 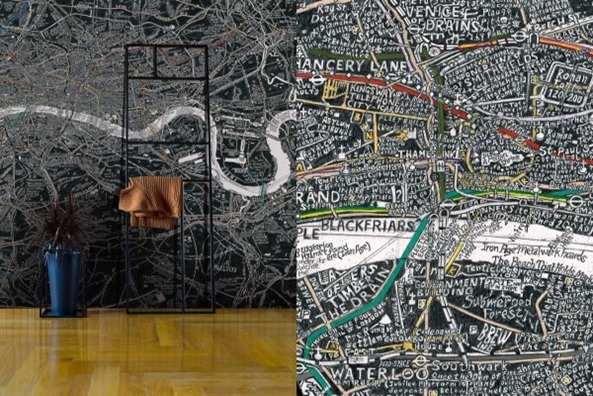 Commissioned in 2010 for the London Transport Museum, London Subterranea geographically tracks the routes of London’s Lost Rivers, its main sewers, the tube network and it’s ‘ghost’ stations including the Crossrail project. It also pinpoints archaeological finds, ruins, known plague pits, secret governmental tunnels, the Mail Rail and the Water Ring Main tunnels. Epithets to the ‘underworld’ of crime, and the scenes of notable killings such as the acid-bath murders get a look in. So too does the site of the infamous Tyburn Tree and its many buried corpses that still lie in its wake undiscovered. 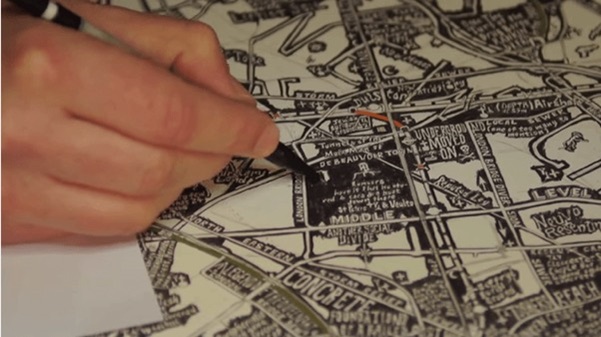 Hub shows the district names, art galleries and places of interest in London’s central areas. It takes on the style of early ‘picture-maps’ of London printed before the Great Fire of 1666. Here, the topographical features such as churches and houses are drawn pictorially upon a street plan. Whilst Hub, doesn’t claim to be a comprehensive map of all the spaces and organisations that exhibit and contribute to London’s art world, it provides an insight into where many of the recognised art spaces operated within the city, with its three main cluster areas of activity – the West End, Hoxton and Hackney.

Read more about Stephen’s work in The Guardian here, watch a short film below by Dominic Holland on the making of London Subterranea here and watch a clip from the BBC’s A Picture of London here.