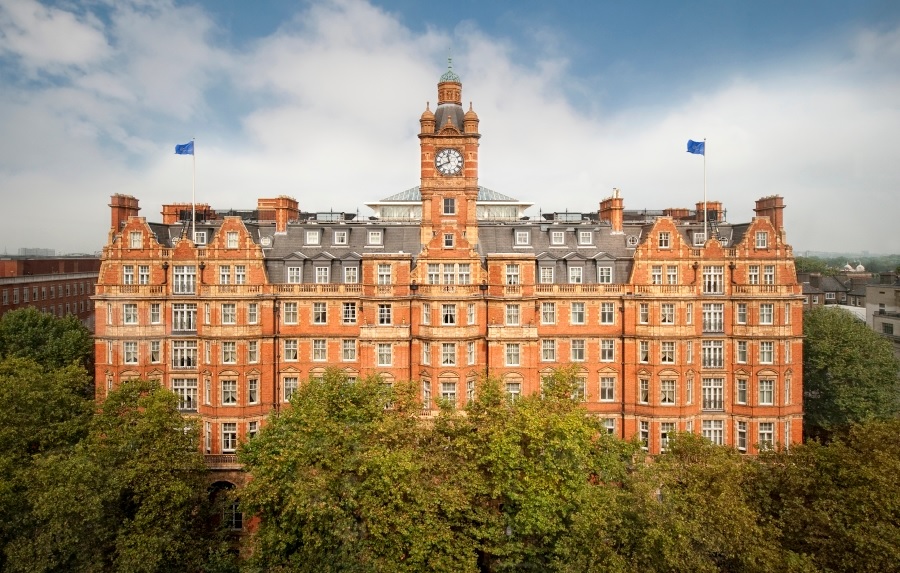 One of the many things I love about London is the way tradition and modernity seamlessly merge – it’s impossible to ignore its ‘grand old dame’ vibe and yet it’s often at the cutting edge of numerous fields; architecture, cuisine, music, art. And if a hotel typifies these two faces of the capital, it’s The Landmark London.

From the outside, its archetypically Victorian façade immediately gives away the building’s roots as one of London’s great railway hotels – one of several constructed during the golden age of steam travel; the other tell-tale clue being its adjacency to Marylebone station. It was a labour of love for one of imperial Britain’s greatest railway visionaries and entrepreneurs Sir Edward Watkin, who had plans for Marylebone to become an ‘international hub’. The latter never came to fruition, but his ambitious plans for a hotel (then called the Grand Central) were imagined in 1899 and his vision can still be seen today. 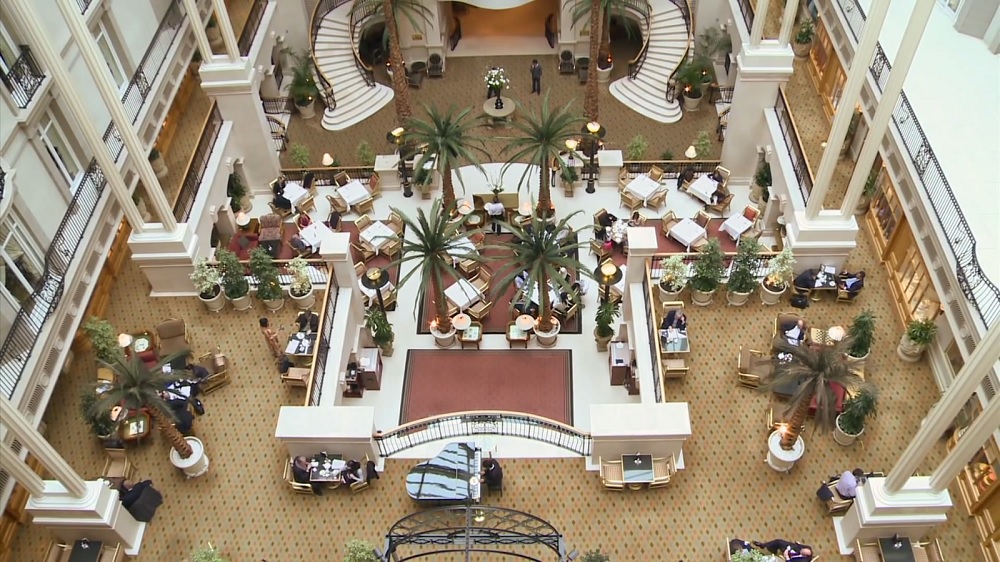 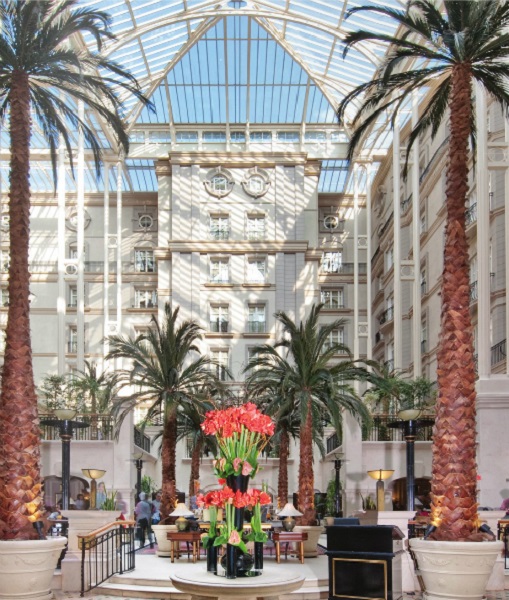 Inside, all the trappings of modern luxury expected at a five-star property ease you back into the 21st century. The beating heart of the hotel is the grand atrium with its Winter Garden restaurant and elegant public spaces. The glass ceiling of the eight-storey-high atrium allows natural light to stream in and gives the room an almost Greenhouse-esque and tropical feel. It’s a magnificent space to be in, and the hotel’s management have made the wise decision to use it for food and beverage as well as breakout offerings. This is best illustrated by the Gazebo, where guests can take afternoon tea or grab a bite to eat, but can also double up as a space for a drinks reception for the hotel’s numerous corporate events. 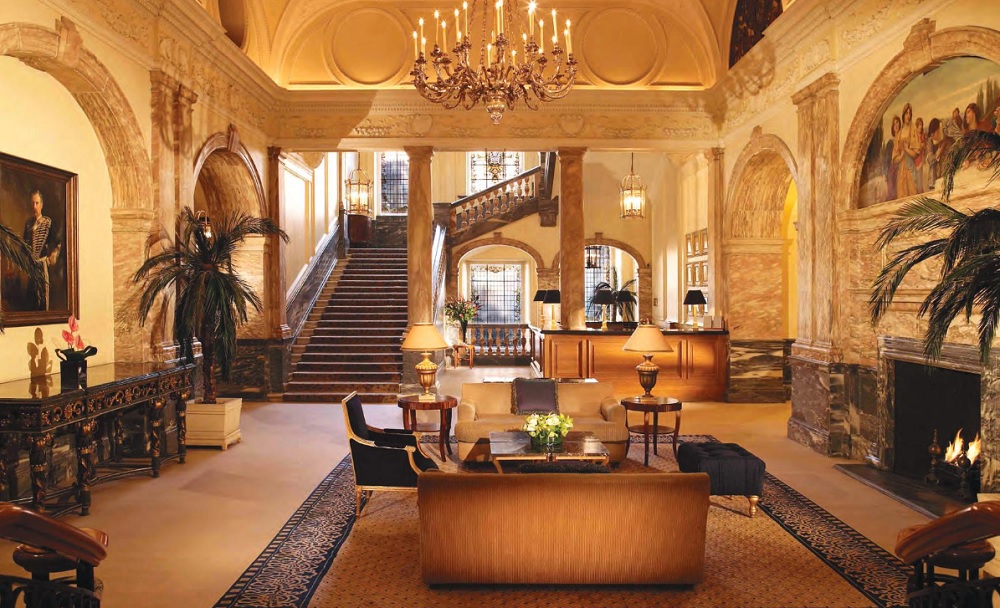 Indeed, the Landmark’s corporate offering has recently undergone a freshen-up and it now boasts some of the most exquisite rooms for hosting small exhibitions, conferences and meetings in London. While most hotels in the capital can and do host corporate guests, few can offer more sumptuous surroundings. The 11 meeting and event spaces – with a capacity ranging from intimate 6-person interviews right up to 750-people drinks receptions – not only incorporate the elegance of the hotel as a whole, but also provide functionality and the state-of-the-art technical facilities required. As superb as both the majestic Grand Ballroom and Empire Room are, for me the ‘jewel in the crown’ is the Drawing Room where stunning wood panelling, unbelievably detailed ceiling work and elaborate light fixtures give the room a distinct feel from the other offerings, a perfect setting for parties of up to 150. 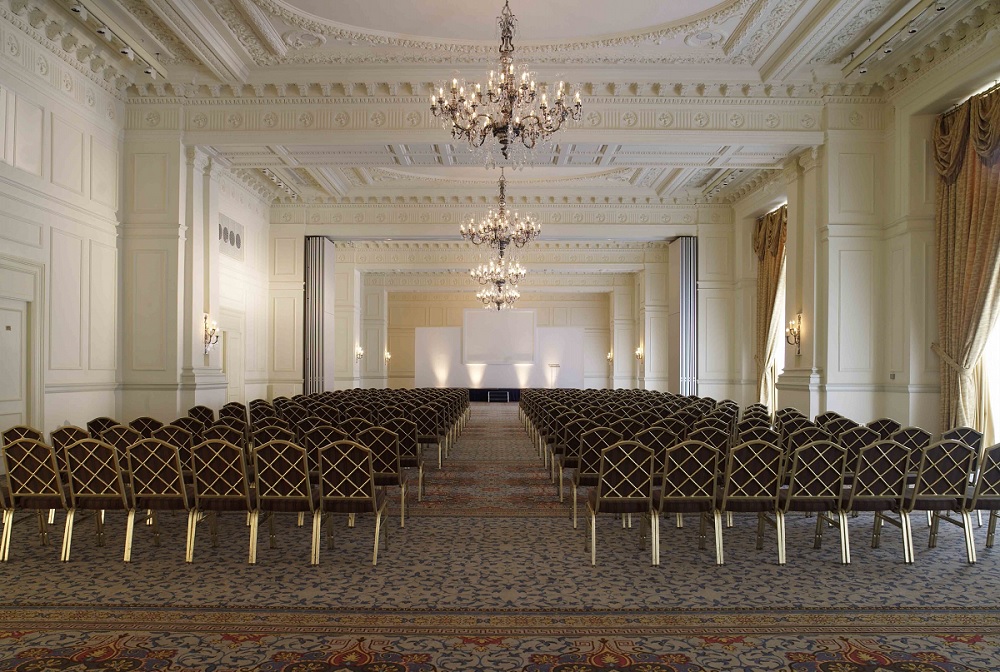 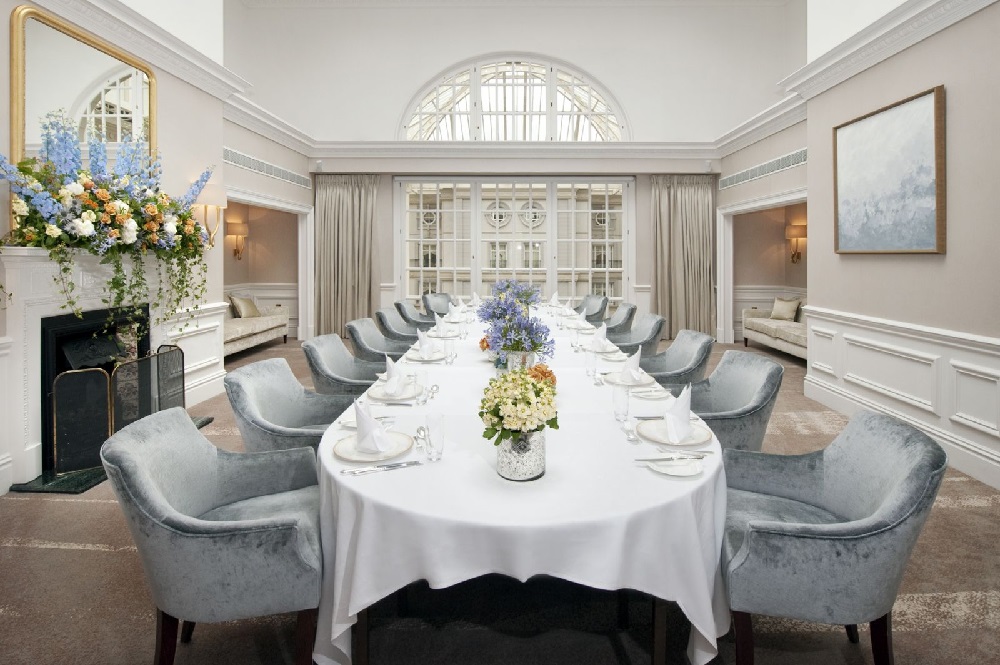 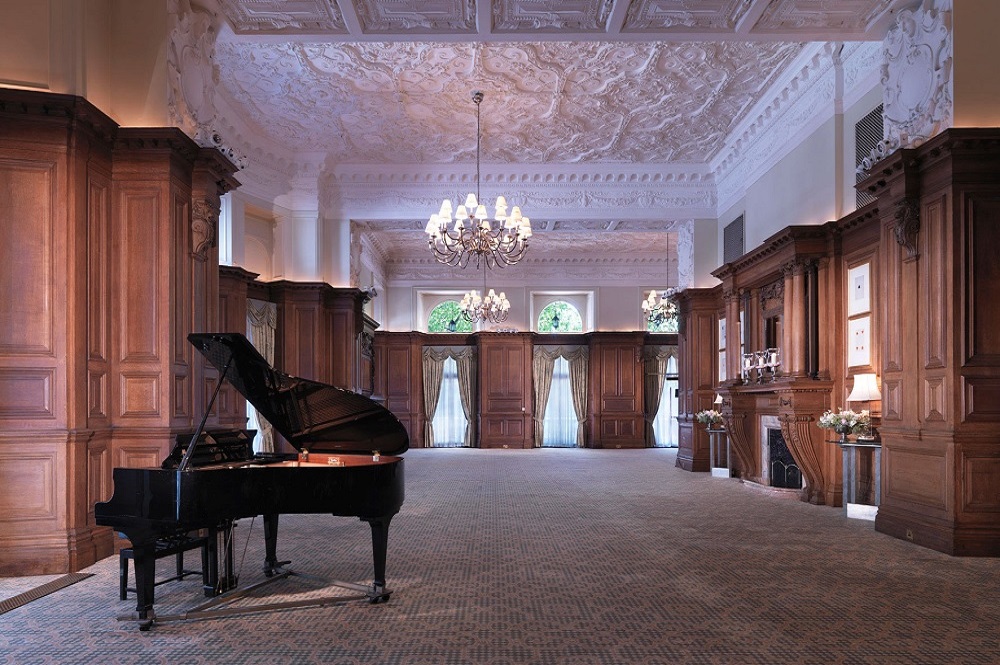 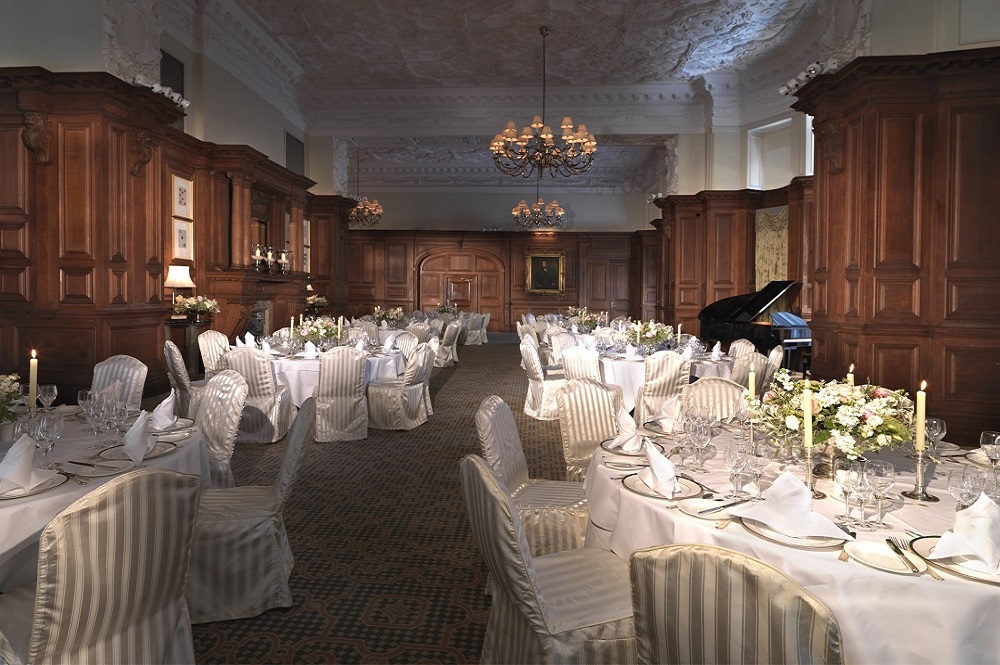 With the hotel having gone through a series of renovations throughout its various incarnations and long but not-always illustrious history, I was fascinated to discover that the current, healthy selection of 300 rooms and suites is less than half of the building’s original 700-room offering. This slimming down has allowed for larger-than-usual room sizes – especially considering the NW1 location of the Landmark. From the 35sqm Superior rooms to the 52sqm Family rooms right up to the 160sqm Presidential suite, the hotel prides itself on its spacious rooms with king-sized beds, flat-screen televisions yet traditionally, classically luxe décor. And it’s easy to see why. The furnishings and upholstery continue the theme of opulent golds, creams and browns in the public spaces which is perfectly juxtaposed by the cool, black-and-white marbled finish of the bathrooms. This is indulgent and decadent design, without being tasteless or tacky. 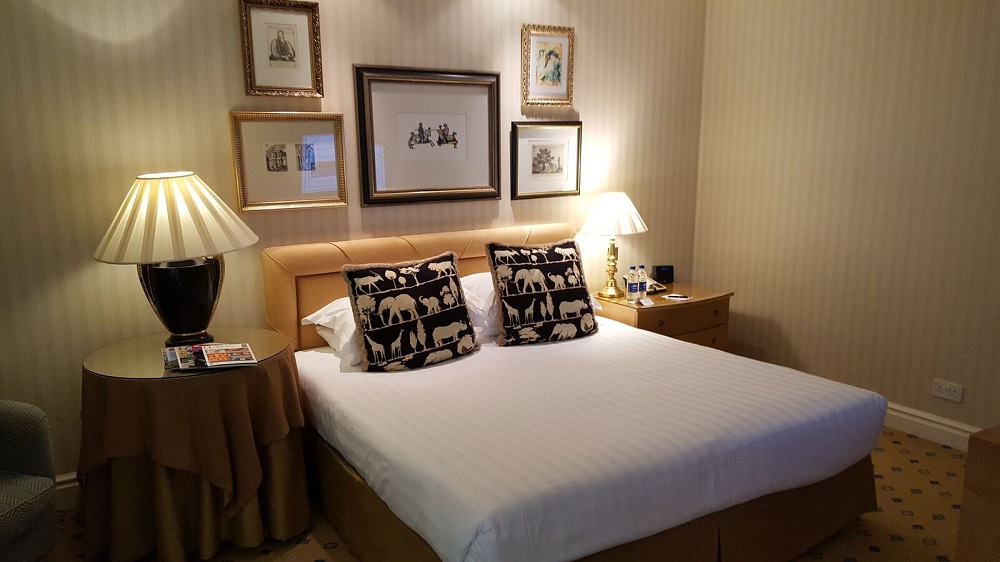 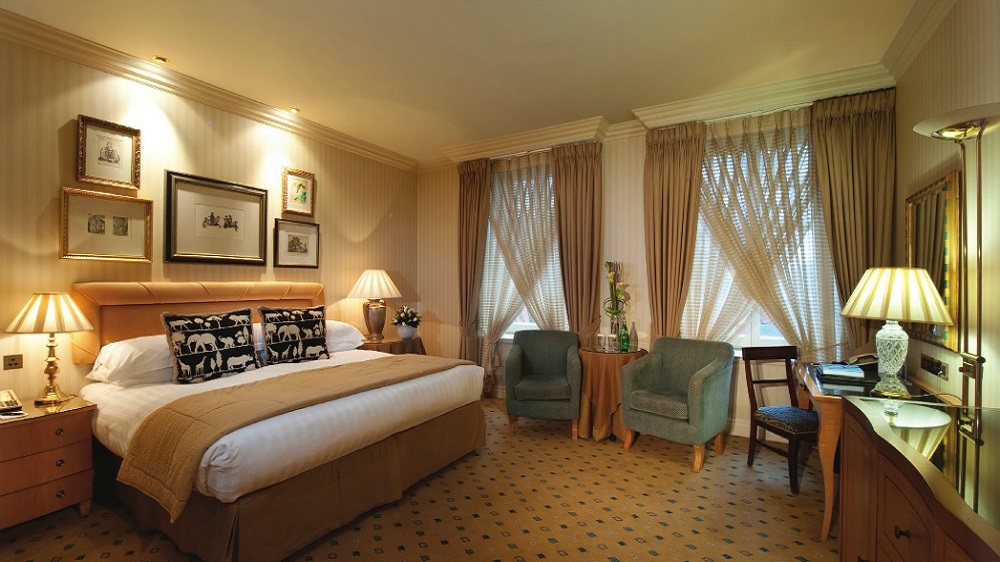 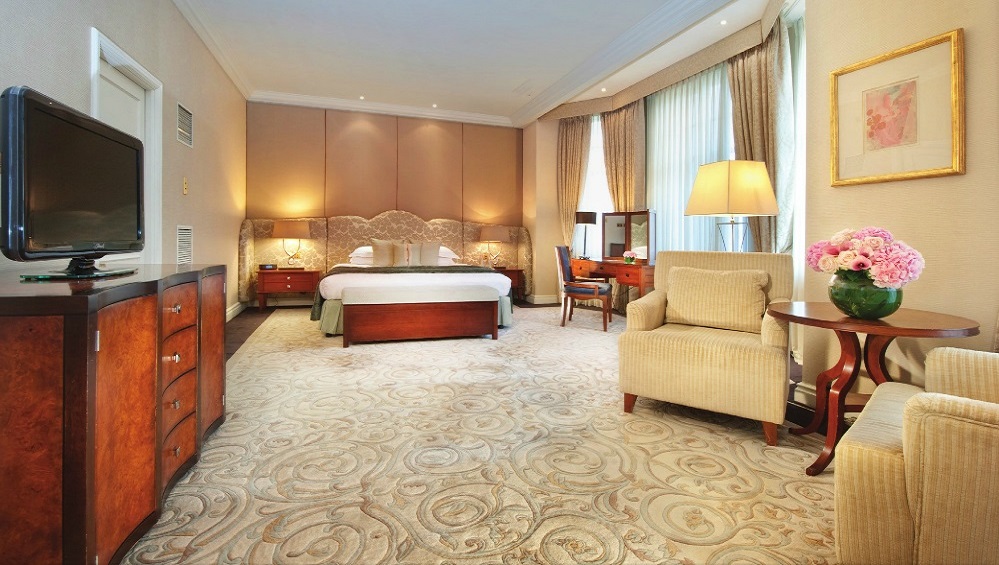 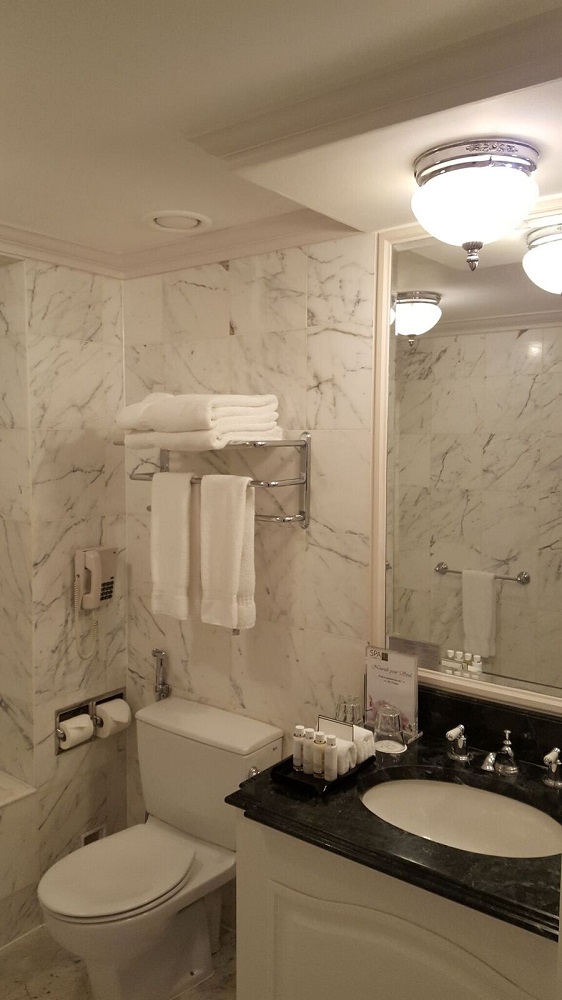 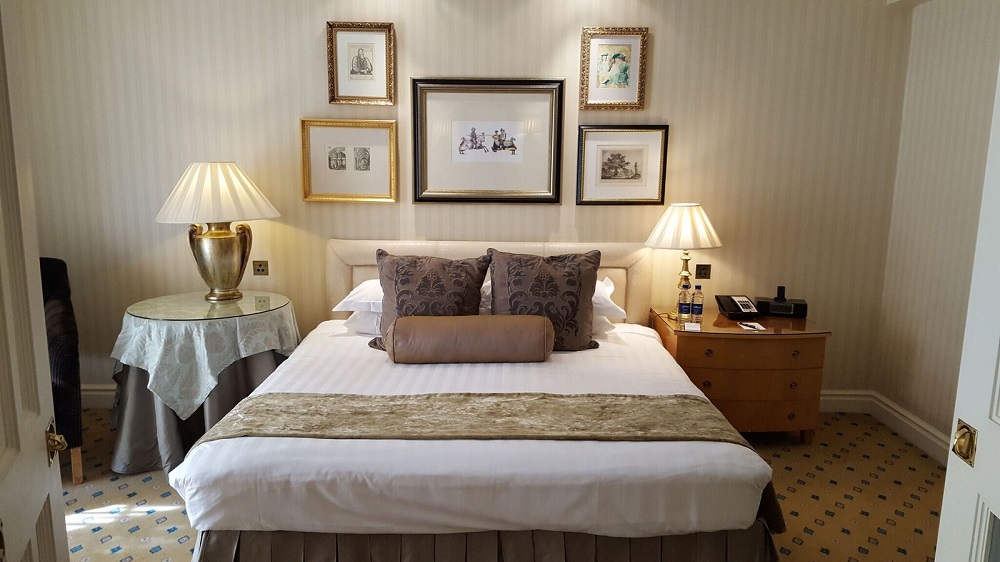 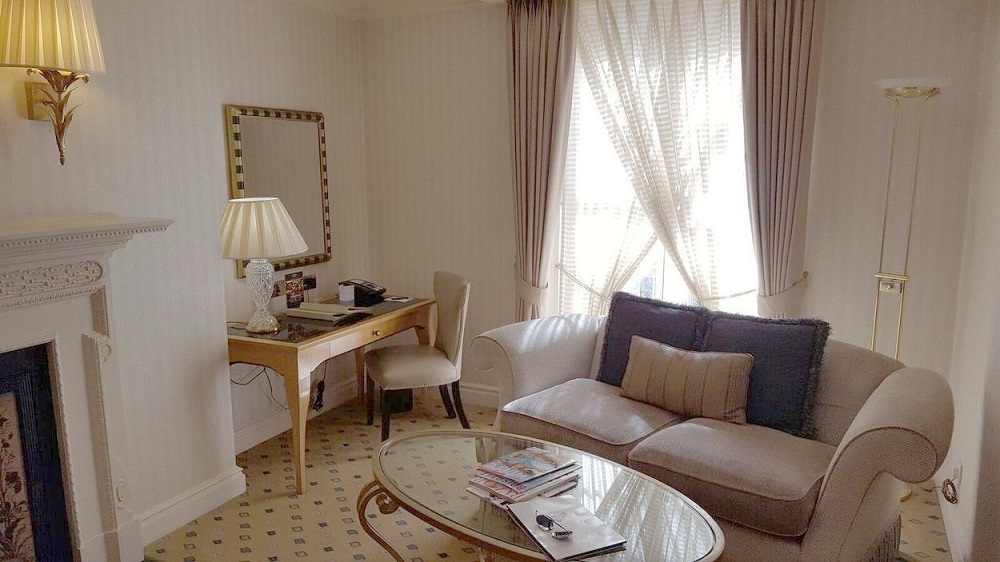 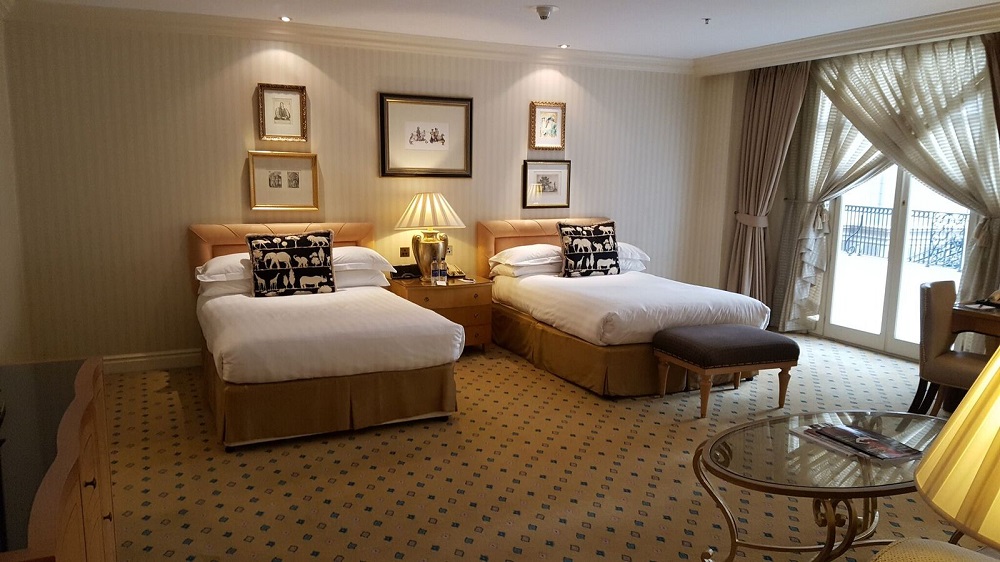 I’m next shown the spa, pool and gym facilities, which again considering the location are fantastic. And utilising the space well, designers have even managed to include a small but well-equipped gym as well. I’m visiting the Landmark for a separate F&B event, which allows me to see the TwoTwentyTwo Restaurant and Bar (named for the hotel’s 222 Marylebone Road address) and the Mirror Bar (named for, well, I’m sure you can work it out…) both of which contain refined, chic and ornate interiors. The former delighting with its extensive fine wine collection in library-style, glassed casing; the latter tapping into the Victorian heritage of the building and creating an intimate and relaxed spot for pre-dinner cocktails or after-dinner nightcap. 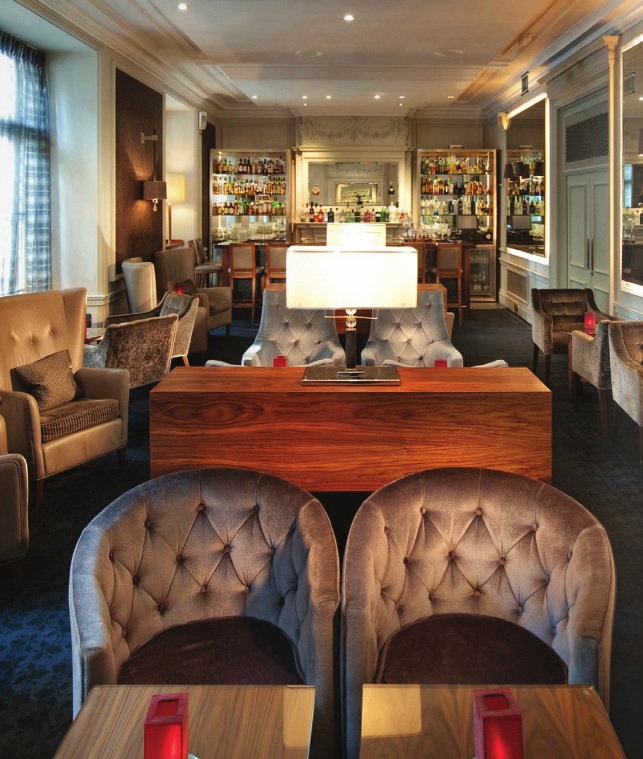 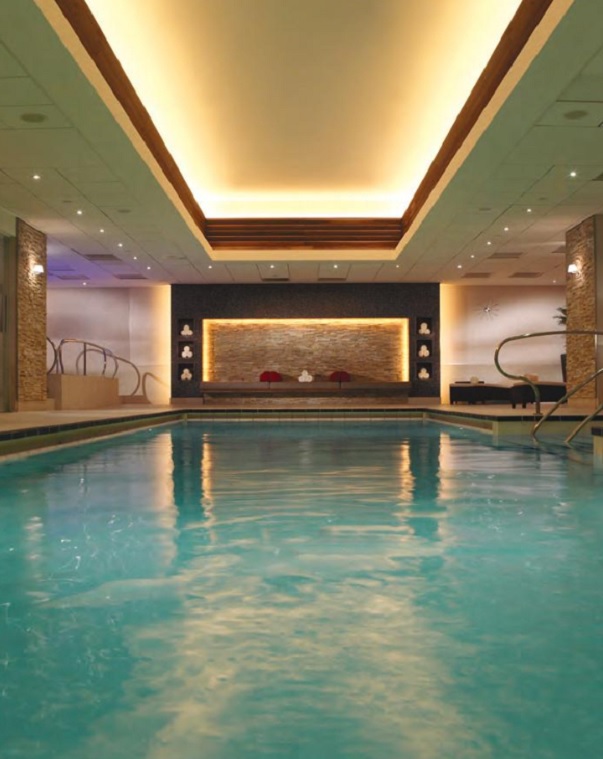 I leave the Landmark after my all-too-brief visit remarking what a fine job several people have done in nearly 120 years in maintaining this gem of a building. Indeed, as designers will always say, success comes when good design is incorporated with functionality. The Landmark undoubtedly ticks the box for the first factor. And it’s hard to find better examples of a structure still completing the task it was built for, so long ago, with such aplomb. Is it entirely perfect? No. No hotel ever is, but renovation work and refurbishments are still planned in a bid to improve areas that require them, and this will only work to make this hotel even more appealing than it currently is. One can only trust that as the hotel develops, improves and modernises, it still holds on to its opulent, traditional and heart-warming charm. Here’s hoping…

Based on a tour in May 2016
Photos: Daniel Fountain // landmarklondon.co.uk