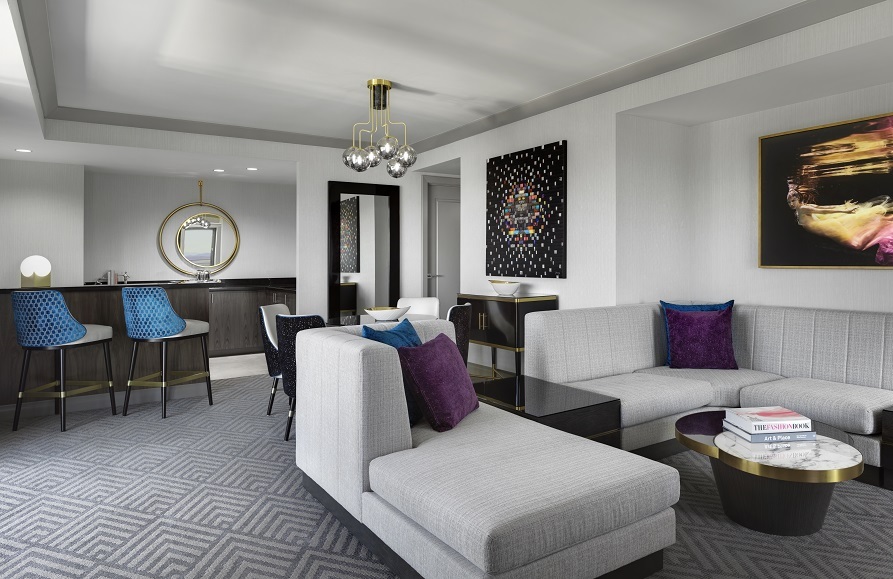 The Cosmopolitan of Las Vegas has unveiled a refresh to its guest rooms across both the Boulevard and The Chelsea Towers.

The project, which kicks off this summer, will be fully complete in 2018 with 2,895 of the resort’s 3,027 rooms remodeled with influence from innovative and inspired designers, including New York-based Virserius Studio.

The newly designed rooms emphasise modern design and luxurious comfort and come as the result of a meticulous selection process that lasted over 18 months.

An initial list of 20 designers was engaged to bid on the project, from which eight were selected to present in Las Vegas. From there, four design firms, in addition to The Cosmopolitan”s internal design team, were chosen to construct model rooms on property.

The Cosmopolitan solicited feedback from more than 400 employees who toured the accommodations as well as frequent-staying guests, ranging from business to leisure travelers. The collected response played an integral role in determining which designs were selected, leading to interiors inspired by both The Cosmopolitan’s in-house design team alongside Virserius Studios.