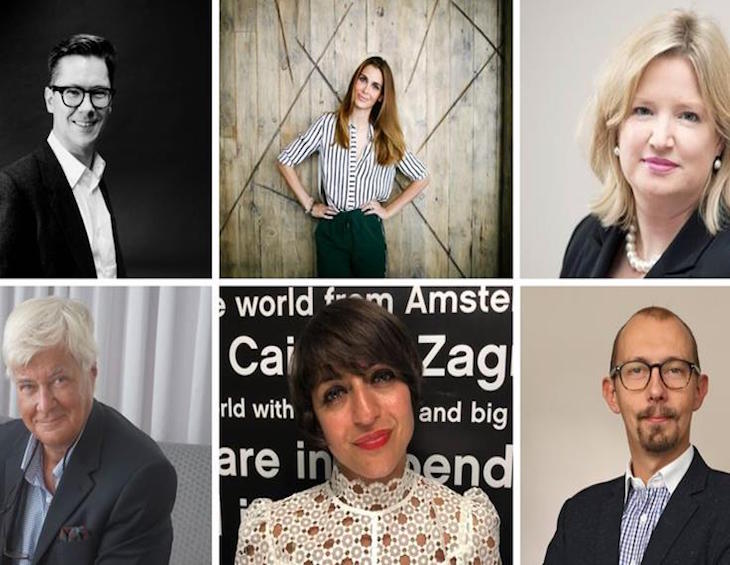 With some of the speakers yet to be announced, Sleep & Eat’s 2019 programme already scales new heights and reaches new depths, grapples with hospitality’s response to one of our most pressing social issues and features some of the industry’s greatest influencers, dreamers and doers, including directors of  Standard International, Virgin Galactic and NeueHouse.

The Conference, which is free-to-attend, will run throughout the two days of the show, November 19 – 20 at London’s Olympia.

Amar Lalvani, who as CEO of Standard International, has built the company into one of the most innovative hospitality enterprises in the world, will be flying in from New York to deliver the opening keynote. With his latest hotel opening just completed in London, and with plans to quadruple the company’s footprint to 20 properties in the coming years, he will tackle the challenging issue of how to continue running the group as a platform for creativity. If the strength of the brand currently is a clientele that sees value in a specific lifestyle, will that be enough to fuel aggressive growth?

Sleep & Eat’s theme for 2019 is “Social FlexAbility”. In a world full of evidence that people are disconnecting from each other in favour of digital relationships, the event will be exploring if and how the hospitality sector and its designers can be in the vanguard of combatting this interactional shift, providing guests the opportunity to reconnect with others in-person as and when they want to by offering spaces where users can activate the social experience of their choice.

Josh Wyatt, the driving-force behind NeueHouse, the U.S. based provider of collaborative workspace, and previously the visionary behind Generator Hostels, will share his opinions in conversation with Conference Curator, Heleri Rande, considering how creativity and design can act as financial drivers for investors, and taking a look at how NeueHouse is using these to create a unique and non-replicable company. Wyatt admits to being shocked by the many executives who still don’t appreciate the importance of design. “I think that as we enter into an era of increasing digitisation, design is ever more important. You can build a somewhat successful company without; but you can build a great company with longevity if you understand that design is the physical foundation for your customers’ emotional experience,”he says.

The trend for hybrid spaces where guests can socialise, work and network will be under the spotlight when a panel of highly respected hotel operators gathers to discuss Social FlexAbility. Nowadays, public areas need to be engaging and inviting with food and drink concepts that complement both room and non-room areas. But what does that mean operationally and how must brands adapt themselves to manage this efficiently and within a reasonable timeframe? In a data-driven world do we still rely on our teams and human interaction to deliver on the brand promise? These are just some of the questions that Dale MacPhee, General Manager of the Waldorf Astoria Edinburgh and Business Women Scotland’s Hotelier of the Year 2017 and citizenM’s London Area Manager, Eylem Ozgun, will seek to answer. Veteran hotelier and Chairman of Bespoke Hotels, Robin Sheppard, will moderate this thought-provoking discussion, no doubt peppering the discussion with his own perspectives.

The design of co-experience environments will also be under the spotlight. Harry Harris of SUSD, the developer behind the Curtain Hotel and Members Club and Devonshire Club, will chair a conversation between leaders in hospitality design, including Alex Michaelis of Michaelis Boyd, Matthew Grzywinski of N.Y. based architecture and design firm, Grzywinski + Pons and Yuna Megre, Founder of Moscow-based Megre Interiors which will look at some of the latest design solutions. In addition, the Sleep & Eat Set designers will be on stage to explain their approach to the design of their “Social flexibility” Sets – concept guestrooms, a restaurant and a bar that experiment with the theme and inspire visitors with what might be in their future projects.

The second day of the Conference is promising to boldly go not only into space but into the depths of Earth’s oceans. In the morning, Richard Coutts, Principal of Baca Architects, the UK’s foremost architectural practice designing on, near or under water, and Ben Fitzgerald, Director of Core Marine, the engineering firm which earlier this year worked on the headline-grabbing Underrestaurant share the platform. Ben Fitzgerald says: “At the southernmost point of the Norwegian coastline lies Under – Europe’s first underwater restaurant that also doubles up as a research centre for marine life. The combined efforts of the design practice and the engineers into underwater architecture have pushed the boundaries of hospitality experiences below the waves. Far from being an aquarium for touristy expeditions, the magic of the North Sea wildlife captivates with all its awe, rain or shine. When the land is not enough – how do we design and engineer for the next frontier?”

The speakers from Virgin Galactic may share the sentiment but disagree with the solution when it’s their turn on stage in the afternoon. As the company is preparing to catapult the hospitality experience into space, Jeremy Brown and Martijn Brouwer will set the scene and talk about the absolute imperative of putting a personal approach to service front and centre of their delivery. The duo will explain how such an approach manifests itself operationally and in design considerations, both on and above ground in a conversation destined to fire imaginations and ensure the bucket list has just got longer.

Other sessions will include an F&B panel in which Lydia Forte, Group Director of F&B at Rocco Forte Hotels will be joined by a stellar group of her peers, namely: Gustaf Pilebjer of Marriott, Karina Elias from The Langham and, from Hong Kong, Anurag Bali of Shangri-La International. The ingredients for this particular discussion will include the hot new concepts that travellers are craving and the thorny question – have hotels finally caught up with independent restaurants and bars in offering the same amount of social excitement and social media worthy content?

In addition to the Conference, Sleep & Eat 2019 will include an international exhibition together with six concept room Sets, The Sleeper Bar, The Hub and the VIP Lounge, each designed by a major name hospitality design practice. The show will be open from 10 am on Tuesday 19 November with an evening networking reception until 8.30 pm, and from 10.00 am – 6.00 pm on Wednesday 20 November. For more information and to register for a complimentary pass, please visit registration.